Katharine Quarmby and Sian Norris dig into the story behind the funding of the social care system, asking: who will benefit from the extra cash?

In July 2019, when Boris Johnson became Conservative Party leader, he stood on the steps outside Downing Street and announced that he had a plan to fix social care.

More than two years later, and that plan has finally been announced: an increase in national insurance contributions from workers – including those who are of pensionable age – to help finance the social care needs of older and disabled people.

The threshold for paying for your own care will increase to £100,000 and the amount people pay for their care will be capped at £86,000 – although this will not include living costs in care homes.

The announcement comes after the Coronavirus pandemic put social care starkly in the spotlight. The funding will come into place in three years’ time, with the initial increase in national insurance used to provide extra funding for the NHS.

But, with more care providers run by the private sector than ever before – and with many of those private sector providers keen to reap profits from caring for those most in need of support – will pumping extra money into the sector simply reward the deep pockets of investors?

If huge care home chains driven by hedge funds are no guarantee of higher standards, while leaching billions from scarce public funding, what are they for?

From Public Provision to Private Profits

Over the past 30 years, the number of private providers of social care has increased.

A report by the independent spending watchdog, the National Audit Office, in March this year found that 76% of care homes for older adults and people with dementia are run for profit. 14% are not-for-profit, and 10% are run by a local authority or the NHS.

But the shift towards private provision – and towards larger private providers in particular – has not always led to an improvement in care.

HC-One is the largest care provider in the UK, with more than 20,000 beds. The organisation has a complex management structure with six parent companies listed on Companies House. The “person with significant control” is listed as ‘Fc Skyfall Upper Midco Limited’ and had operating profits, according to accounts made up to 30 September 2019, of £25,666,000.

However, the company is struggling to provide the best possible care, according to its overall score from the Care Quality Commission (CQC), which regulates care providers by ensuring that they offer everything from dignity and safety, to good food and drink.

Across the sector, 15.9% of care homes were rated as ‘requiring improvement’ overall. However, across HC-One care homes, 21% of homes required improvement.

Four Seasons Healthcare is the second-largest provider in the UK, with nearly 17,000 beds. In 2018, it rewarded its highest-paid director with a £2.4 million pay cheque. Its CQC rating, however, found that 36.9% of its homes required improvements – more than double the national average.

The other big-hitters in the sector – Barchester Homes, BUPA and Care UK – were closer to the national average.

Chris Hatton, Professor of Social Care at Manchester Metropolitan University who specialises in social care analysis and who collected the data, told Byline Times: “If huge care home chains driven by hedge funds are no guarantee of higher standards or stability for the people living in them, while leaching billions from scarce public funding, what are they for?”

To make a comparison, Byline Times examined the overall scores given to a random selection of not-for-profit care providers. 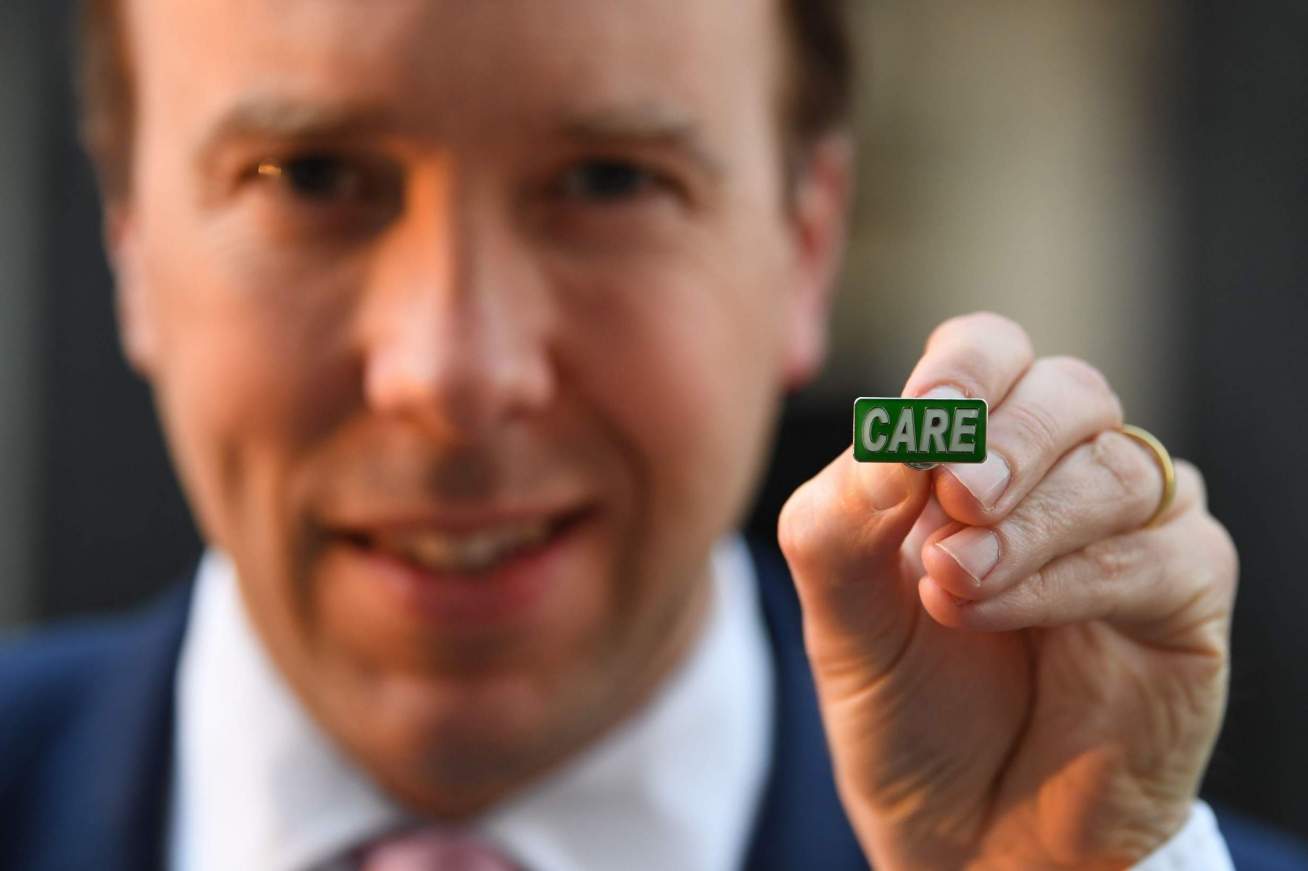 Private equity, hedge funds, and the new boys on the block – Real Estate Investment Trusts (REITs) – are increasingly taking an interest in the healthcare sector in the UK and the rest of Europe.

Investors are coming from as far afield as Australia and the Asian Pacific region, the US and Canada, keen to take advantage of the increased need for social care and the dividends it can bring to shareholders.

The property developer Savills, which analyses the European market for its commercial property division, believes that the market – as it is termed – in long-term care is growing in Europe due to the ageing population.

The growing need means that – according to the Emerging Trends in Europe 2020 survey – that retirement and assisted living in the sector now offers the best prospects for investment and the second-best for development.

Those wishing to sell the financial advantages of the sector talk of its fill rates, future-proofing, an attractive market place, resilient investment activity, and solid long-term fundamentals. As Savills said in a recent blog: “We could witness surprisingly high care home investment volume in 2021.”

While many people see ‘the market’ as their parents, siblings, and grandparents; for private equity they are not much more than an investment opportunity.

In a damning assessment, a report published by the Centre for International Tax Accountability and Research in February suggested that the decision to place the “profit motive at the heart of the social care system in the UK has undoubtedly contributed to increased [Coronavirus] infection rates and raised the death toll”.

These are not the only issues with the announcement – and promise by the Prime Minister – that social care will be fixed, once and for all.

Disability activists point out that many people receiving care are in work or contributing to society in other ways, such as volunteering or raising families. Reframing social care, influential voices argue, so that it is just seen as being about older people and institutions obscures the wider benefits of such care, which can support independent living.

Re-ablement after serious illness is another issue. Often care packages last for just six weeks in community settings for free, whereas rehabilitation can take months or even years.

Pay in the sector is low and vacancies high. Delays to money reaching the sector won’t help either, say experts, although there is also faint praise that the Government is attempting to grapple with demographic change and a shortfall in funding.

Richard Murray, chief executive of The King’s Fund, an independent health think tank, said: “Social care will see only £5.4 billion over three years, with no guarantees of sustainable funding beyond this… The changes to the means test are very welcome and will bring thousands more people into the publicly-funded system. However, there is a real risk that this will leave inadequate funding to bring about meaningful change in areas such as workforce, access and quality.”

Some political analysts also doubt that increased national insurance contributions will ever be funnelled into social care, as cutting NHS funding before a general election would be too risky.

The point of the announcement has been to plug the perceived gap between funding and need in social care. But some of that gap is due to significant private sector involvement in the care sector, leading to what has been called ‘leakages’ from funding for care into other costs.

When profit is put before people, what are the care sectors’ biggest investors really caring for – when it comes to the bottom line?

“It’s really important that care providers are in the business of care to provide it, not to generate a rate of return,” said Simon Bottery, senior fellow on social care at The King’s Fund. “It’s difficult to generate a good rate of return anyway, so it’s not a great business for the balance sheet… However, it is a market and we need to make it work more effectively so individuals feel they have choice and control.”

Sian Norris, 21 February 2022
The Health and Care Bill is returning to the Lords – as campaigners express concern that non-statutory, public/private bodies will soon have more power when it comes to commissioning healthcare across England

NHS Privatisation Represents the Pillaging of Our National Inheritance

Rachel Morris, 4 January 2022
The infiltration of private sector providers into state services amounts to the robbery of resources that belong to us all, says Rachel Morris

Sam Bright, 20 December 2021
Sam Bright explores the collaboration between two tech giants, and what this means for the future of healthcare 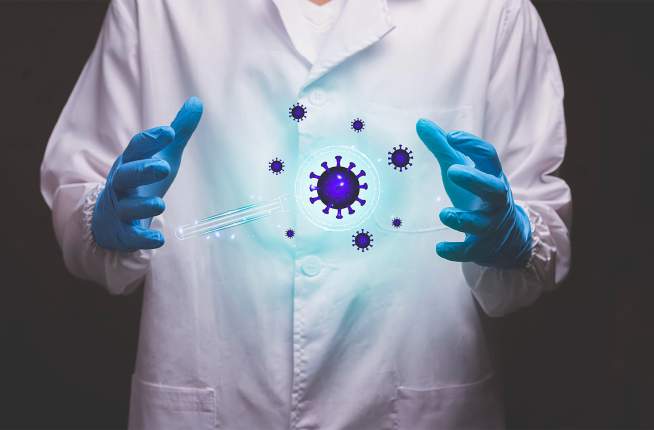