THE UPSIDE DOWNLess Is More: What Buckminster Fuller Still has to Teach Us

John Mitchinson explores the lessons in the inventor, philosopher and mathematician’s ‘doing more with less’ philosophy

Watching Jeff Bezos’s New Shepard rocket ship take-off from his Texas ranch, I found myself filled with nostalgia for a time when our technological vision extended beyond the opening of space for tourism and profit.

I’ve been reading an astonishingly prescient, slightly mad, ridiculously entertaining, manifesto from 1969 called the Operating Manual for Spaceship Earth by the American architect, inventor, poet, philosopher, author, teacher, entrepreneur, artist, and mathematician, Richard Buckminster Fuller. His answer to the question ‘what does it feel like to be on board a spaceship?’ was simple: we’re already on one. And it needs our help.

Fuller was convinced that the secret to saving the world was better design. His axiom was “maximum advantage from minimal energy” – a principle he observed throughout the natural world in the structure of plants and animals.

He started with housing. Ignoring thousands of years of building tradition, he went back to first principles. What if he based house design on the human frame, or a tree, hanging everything off a trunk or backbone; a system that used gravity instead of fighting it? And what if he made it from the lightest materials, like those already being used in aircraft manufacture?

The result, prototyped in 1929, was the first entirely self-sufficient, portable house. Looking like an aluminium yurt, it was suspended on a central pole, ran on a diesel generator, and recycled its own water so it didn’t need plumbing. He called it the Dymaxion house – ‘dymaxion’ from a contraction of ‘dynamic’, ‘maximum’, and ‘tension’. It was priced at $1,500 (about $40,000 today), which meant that it could be marketed as “a house that costs no more than a car”. Although it never went into mass production, it put Fuller’s name – and Dymaxion’s – on the map.

Always trying to “do more with less”, he went on thinking about the lightest and strongest possible building. The simplest way of enclosing space is a regular pyramid, or tetrahedron, each side of which is an equilateral triangle. The most efficient way to enclose space is a sphere, because it uses the least possible surface area of any three-dimensional shape. Then came his Eureka moment.

What if he built a sphere out of triangular planes? Wouldn’t that have the spatial capacity of a sphere and the strength of a pyramid? It worked. Cut in half, his sphere enclosed the largest possible volume of interior space with the least amount of surface area, offering huge savings on materials and cost. Fuller called it “geodesic” because a ‘geodesic line’ is the shortest distance between any two points on a sphere (from the Greek, geodaisia, meaning ‘dividing the earth’). 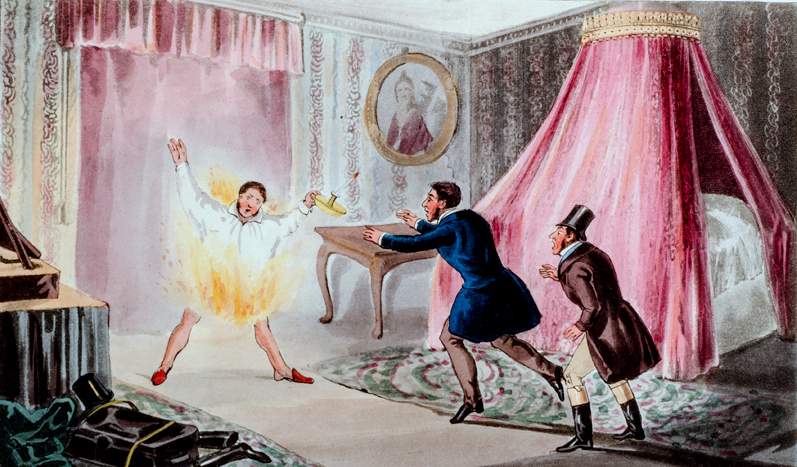 The Upside DownOdd and Odder – The True Value of Eccentricity

It was an immediate success, turned Buckminster Fuller into a household name, and even made him some money. He took out the patent in 1954, but always refused to set up as the exclusive manufacturer. There are now over 500,000 geodesic structures across the world, including the Eden Project in Cornwall and the Huston Astrodome in Texas.

Fuller’s inspiration for the dome was the way in which the protons, neutrons and electrons of the atom fit together to create matter. In fact, he came to believe that the natural geometry of the whole universe is based on arrays of interlocking tetrahedra. He already had seen how the light-but-strong structure was used all over nature: in the cornea of the eye, in the shape of some viruses, and even in the configuration of the testicles.

In 1985, his discovery was to receive the ultimate endorsement when a team of scientists in Houston Texas discovered a new class of carbon molecule (C60) shaped exactly like a geodesic sphere. Its discovery won them the Nobel Prize and they named the molecule “buckminsterfullerene” (or the “buckyball”). It is the third known form of pure carbon in nature, after diamond and graphite.

Fuller’s inventions may not yet have transformed our daily lives. We don’t live in Fuller-designed houses or drive Dymaxion cars – and geodesic domes tend to leak. But none of this would have troubled Fuller. He wasn’t interested in inventions as such. Instead of the dome, he said, “I could have ended up with a pair of flying slippers”. His designs were merely a by-product of his larger quest: “My objective was humanity’s comprehensive success in the universe.”

Fuller’s real influence has been in the worldview he has helped to create. Words we now use as standard such as ‘synergy’ and ‘holistic’ are a direct result of Fuller’s work. Every global campaign against poverty, or in favour of sustainability, owes something to Fuller’s vision and to his ‘doing more with less’ mantra.

As his friend John Cage wrote: “His life was so important that it shines almost with the same intensity now that it did when he had it.”

It’s hard to imagine Messrs Bezos, Musk and Zuckerberg being so remembered.