THE UPSIDE DOWNOdd & Odder: The True Value of Eccentricity

John Mitchinson makes the case for those who have lived and died by their own rules, flying in the face of conventionality

In 1931, in the remote Cornish parish of Warleggan, a new vicar took over as rector of St Bartholomew’s.

Reverend Frederick Densham’s arrival and tenure is still talked about in the West Country. With single-minded determination, the new vicar set about implementing a regime which quickly alienated his congregation.

He banned whist drives and music and preached the virtues of vegetarianism to a community of farmers. The final straw came when he painted the inside of his ancient church with garish red and blue stripes. But as his congregation deserted him, Densham gradually filled his church with cardboard cut-outs and name cards and continued to take services, preaching sermons to his quiet but attentive paper flock.

He also went on to build an eight-foot-high barbed wire fence around the rectory and rarely ventured out. He died there more than 20 years later, having subsisted on a diet composed mostly of nettles and porridge.

Densham is a classic example of the eccentric. Their appeal is rooted in freedom – eccentrics may not achieve much of lasting value, but they live according to their own rules.

John Stuart Mill thought that the tolerance of eccentricity was evidence of a robust culture. In On Liberty, he observed that “eccentricity has always abounded when and where strength of character has abounded”.

The 18th Century squire, John ‘Mad Jack’ Mytton, certainly demonstrated strength of character. His passion was fox hunting, which he prepared for by drinking five bottles of port at breakfast. His feats of daring on horseback were matched by his careless disregard for money and social mores. He shared his home with a huge menagerie of animals, including Nell, a brown bear; and his favourite horse, Baronet, who was given free run of the house and would sleep in front of the fire after slurping down a jug of mulled port.

Mytton once tried to cure an attack of the hiccups by setting fire to his nightshirt with a candle and sustaining serious burns in the process. He died in debtor’s prison at 37; “a round-shouldered, tottering, old-young man bloated by drink, worn out by too much foolishness, too much wretchedness and too much brandy”. 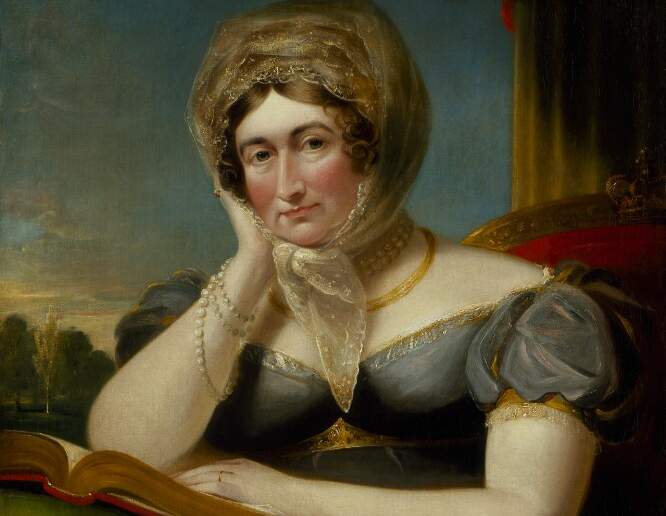 The Upside DownOutrageous! Are We Hardwired for Scandal?

Despite, or maybe because of these extremes, eccentricity makes for excellent stories.

When Margaret Thompson of Burlington Gardens died in 1776, she left precise instructions that her body be covered with Scottish snuff, “since nothing can be so fragrant and refreshing to me as that precious powder”. Her will also stipulated that her coffin be carried by the six greatest snuff-takers in the parish of St James, who were asked to dress in snuff-coloured beaver hats, accompanied by six maidens, each carrying a box of snuff to refresh the pallbearers on their journey. The priest who led the procession was allowed a pound of snuff, while Thompson’s servant was to walk alongside the coffin throwing large handfuls of the stuff to the crowd.

Oliver Heaviside’s eccentricity was less theatrical. Living as a recluse in Newton Abbot, he replaced all his furniture with large granite blocks and lived in a kimono. He stopped washing himself and cleaning the house but always made sure he had perfectly painted cherry pink fingernails. In 1925, he died after falling off a ladder and the walls of his cottage were found papered with unpaid bills.

But Heaviside was also a brilliant mathematician, responsible for translating the revolutionary work of James Clerk Maxwell into something intelligible and useful. Heaviside toiled through Maxwell’s impenetrable A Treatise on Electricity and Magnetism and reduced the original 20 equations describing the behaviour of electric and magnetic fields to just four – they remain the cornerstone of modern physics

There’s an element of sadness to all these stories, and a feeling that the eccentricity they describe was more the product of psychological compulsion than a lifestyle choice. In our post-Freudian world, eccentricity might easily be redefined as a species of mental illness. But eccentrics interest us precisely because they are outliers and obsessives. Breakthroughs in thought, in science, in art, in social organisation, are rarely the product of rational thought and committee meetings. They are the bastard children of obsession.

‘Obsess’ literally means ‘to sit opposite’, from ob (‘against’) and sedere (‘sit’). From this emerges the idea of a siege – ‘there’s something over there that I want or need’ – which, in turn, darkens into the feeling of being haunted.

Obsession is what takes us to extremes; it leads us out of our comfort zone. And, while it can, as these stories remind us, lead to madness, isolation, anti-social behaviour and financial ruin, it is also what allows us to discover the new and the original: it is the path that leads us to the future.

It’s only from the edge that we can see the shape and size of the whole.