These were exactly the headlines that touring British musicians had been hoping to read since the full implementation of Brexit deprived them of free access to their main foreign market: the European Union.

Variety and Pitchfork – two of the most influential media outlets in the fields of music and entertainment – announced that “UK musicians and performers [were] now allowed short-term tours without visas or work permits in 19 EU countries” (Variety); and that “after multiple UK musicians expressed concern about post-Brexit visa costs for tours in the European Union, 19 countries [had] waived visa requirements” (Pitchfork).

Other media outlets were quick to echo the same claims in Britain and elsewhere. And, if anyone was in doubt that this constituted great news, Pitchfork chose to illustrate its piece with a photograph of a joyous crowd waving EU flags at a summer festival; while Variety picked a shot of million-selling singer-songwriter Ed Sheeran, to emphasise the role that he and other British musicians had played in pressurising the UK Government into negotiating a decent deal with the EU.

To the uninitiated, this sounded like a major breakthrough. Coronavirus permitting, things would return to normal for these thousands of British artists who have long relied on touring abroad for a large part of their income. ‘Abroad’, here, means almost exclusively Europe, as America is now more-or-less inaccessible for all but the biggest acts because of costly immigration and work visa requirements.

This is certainly what the UK’s Culture Secretary Oliver Dowden suggested in a statement published by his department last Wednesday – the only source Variety, Pitchfork and others quoted in their articles. It said: “We, as a Government, have spoken to every EU member state about the issues facing our creative and cultural industries when looking to tour in Europe. From these discussions, 19 member states have confirmed UK musicians and performers do not need visas or work permits for short-term tours.”

What this statement did not specify, however, is that “visas or work permits for short-term tours” had never been required for British musicians wishing to perform on the continent – a detail which the Department for Digital, Culture, Media and Sport failed to mention in its statement.

No visa requirements had been waived, as there were none to be waived to begin with.

The news was that there was no news, no development, no progress, no breakthrough, no deal and certainly no reason to wave the flag.

The campaign led by Sheeran, Elton John, the Musicians Union, and others had not achieved its aim. In other words, it had failed. Perversely, a damaging status quo, which equates to a ‘stay at home’ order for British musicians, was presented as a ‘win’ for ‘Global Britain’ and what used to be one of its most successful exports.

Being generous – probably far too generous – this was, at best, a clarification of where musicians who wished to tour in the EU stood in 2021, which is: exactly in the same place where Brexit dictated they would find themselves after the Government declined the EU’s offer of a ‘musician’s passport’ last January. This is not a nice place to be, as I know through personal experience.

I am one of these UK-based musicians who saw January approach with more than apprehension – as a direct threat to my ability to conduct my profession. The post-Brexit grace period would expire at the end of that month; and Britain would become a ‘third country’ for the EU, subjected to the same protocols and regulations as any other ‘third country’, with no special rights and privileges.

Following the favourable commercial and critical reception of our group’s last album – released last autumn by German label Tapete – we: one Frenchman, one Austrian and three British citizens, all based in the UK – had received offers to play in France, Germany and Greece. Conditional offers, that is, as no one seemed to know for sure how Brexit would affect our touring plans. That was some eight months ago.

To our relief, we realised that a number of EU countries (not the EU as a whole) already operated a generous scheme for ‘third country’ musicians. That it was a number of EU countries, and not the EU, which had such schemes might come as a surprise to those who believe that the European Union is a monolithic bloc in which the same regulations apply everywhere – when, in fact, every single one of its 27 member states has its own rules when it comes to visiting artists.

Consequently, the very idea of a deal between the UK and the EU was absurd – contrary to what the reports implied. New agreements, if they were to be reached (which has not been the case), would have to be struck with each individual country, not with the EU as a whole.

What’s more, the freedom to travel and play visa- and permit-free for a short period of time in the majority of EU states was only one of the many new obstacles which all British performing artists now had to overcome to entertain their European audiences post-Brexit. Many other locks remain to be unpicked and, at the moment, these are just as hard to crack as they have always been – even if Dowden did not see fit to make this clear in his department’s statement.

The transportation of equipment through formerly open borders remains a stumbling block for most performers. If it is allowed for a musician to carry a ‘portable instrument’ – think of this as hand luggage on a cheap charter flight – and, for the rest, extra instruments, amplifiers, the PA, lights, drum kit, and much more, it is necessary to obtain an ‘ATA carnet’. This is an official document which lists the items being used for a performance, their provenance, their value and so on; which must be paid for. 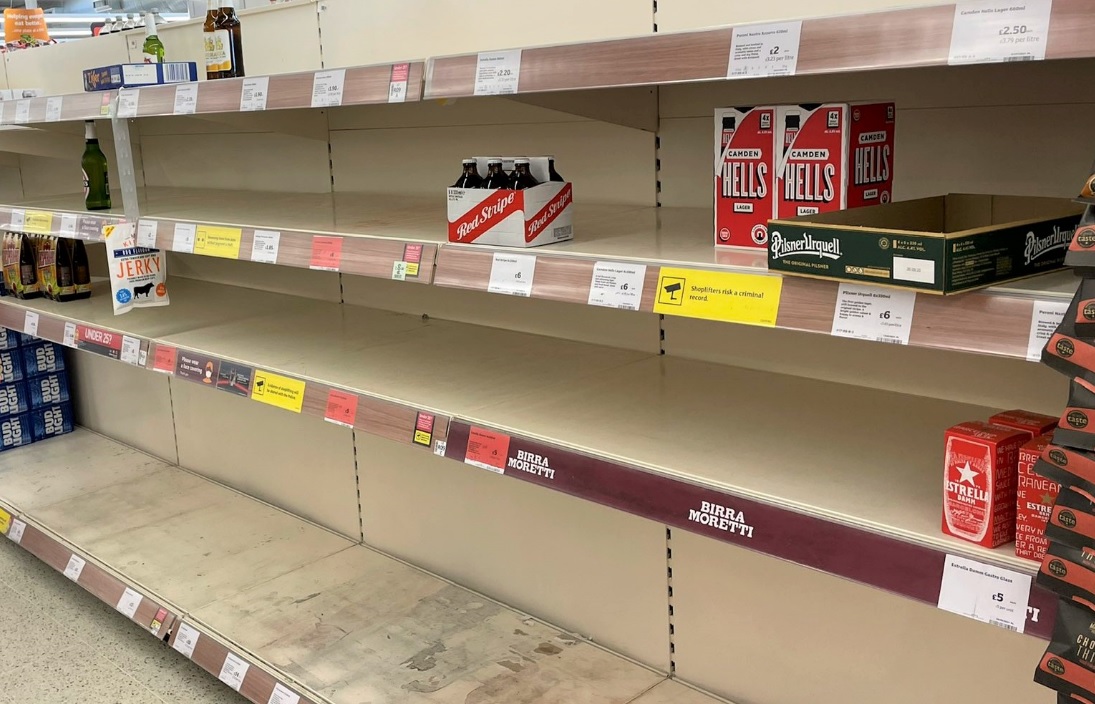 ‘A Convenient Scapegoat’Empty Shelves are due toBrexit Not the ‘Pingdemic’

Some progress has been made on this front as it is now possible to acquire the carnet for a cost of £269.88, which will cover for up to £10,000 of equipment – but this is not thanks to the intervention of the UK Government. It is the Musicians Union, not the Department for Digital, Culture, Media and Sport, which did the hard work and reached a deal with a couple of carnet providers. Yet, obtaining a carnet remains a complex process – so complex, in fact, that it will be enough to discourage many artists from applying for one. And, while the cost may seem modest, the profit margin of most touring bands is so small that any additional expense will have a disproportionate effect on the financial balance of the enterprise.

Then comes the merchandise – for many artists, the main source of proper income on the road: CDs, vinyl LPs, t-shirts, memorabilia. These items are sold directly to the public at concerts with no cut going to stockists, distributors and retailers. But Brexit means that this merchandise, being imported into the EU, must now be declared on another type of carnet, which is checked again when the artist leaves the country.

Whatever has been sold is then subjected to VAT and duty – eating into a substantial proportion of performers’ potential profit, provided that someone has managed to get their head around the bewildering complexity of the forms themselves. It should be remembered as well that these protocols must be adhered to at every border crossing, not just the once when entering the EU from the UK. Yet again, ‘third country’ status kicks in, precipitating a torrent of red tape – and charges.

Nobody should be surprised that the combination of these factors will discourage most British artists from even trying to tour in continental Europe, even if this has long been their most lucrative destination, as gigs pay far better there than they do in Britain as a rule.

In broader economic terms, this is yet another shot in the foot for Britain. According to the latest figures compiled by UK Music, the music industry contributed £5.8 billion a year to the country’s economy in 2019; providing employment to around 200,000 people in the UK; and generating almost six times more revenue and employing 10 times more people than another sacrificial victim of Brexit – fishing.

Basic common sense should demand that the UK Government really set out to achieve what its recent, quasi-triumphalist statement claims that it did. Yet, nothing has changed – and there are no signs that the UK will even reconsider its refusal of the EU’s proposal of a genuine ‘musicians passport’.

In the end, all we have had is yet more spin and obfuscation; a strident fanfare played on broken instruments.