The number of prisoners able to access temporary release to go to work – or take a job in prison – has dramatically decreased during the pandemic, and women are disproportionately impacted

There was a huge 78% decrease in the number of people granted temporary release from prison between January and March 2021, caused in part by the Coronavirus crisis.

Figures released today by the Ministry of Justice show that the numbers of people given temporary release in England and Wales had decreased by more than three-quarters – prompting concerns from campaigners about the rehabilitation of the prison population.

Schemes such as Release On Temporary Licence (ROTL) allow for prisoners to meet family members and reintegrate into the community before they are fully released. Crucially, it provides an opportunity for prisoners to find work and begin to rebuild their lives.

While the decrease in the first quarter of 2021 was dramatic, it forms part of a wider pattern in the reduction of ROTL over the past 13 years that cannot solely be explained by the Coronavirus restrictions.

Between 2007-17, the use of ROTL fell by 18% for male prisoners. However, for women who have been incarcerated, the decrease of its usage during the same time period was more than double – at 40%.

“The impact of the pandemic threatens to further entrench the gender gap in the chances of employment on release for women,” Olivia Dehnavi, policy and research officer, at the charity Working Chance told Byline Times. “Without access to work opportunities and other support, women are released without some of the fundamental building blocks that will help them to thrive after prison”.

‘If Prisoners Don’t have HumanRights, None of Us Do’Warns Former Chief Inspector of Prisons

At the start of the pandemic last March, all ROTL was suspended, except on compassionate grounds or unless a prisoner was employed as a key worker.

This meant that, in the quarter leading up to the end of March 2021, there were only 29,329 incidences of release on temporary licence. The prison population by the end of June 2021 stood at 78,324 in England and Wales.

The vast majority of incarcerated people are men, although no gender breakdown was provided on who was granted temporary release.

According to campaigners such as Working Chance, the fall in ROTL jeopardises prisoners’ future chances and risks increasing reoffending. This is particularly true for women, who are already less likely to be in work at the time of arrest and sentencing, and three times less likely to find employment once out of prison than their male peers.

Women are also more likely to be in prison for financial crime, and cite trying to support their family as a motivator for their offence. Without financial security after release, women face a real risk of reoffending and returning to prison.

Alongside the decrease in ROTL, the Coronavirus pandemic has seen a similar decrease in the availability of work opportunities within prisons.

According to the 2021 annual report of HM Chief Inspector of Prisons, between April and July last year, only 15% of the female prison population had a job during their sentence. This compares to 81% in 2018 – a drop of 66%.

“Having access to work opportunities, whether in prison or in the community through release on temporary licence, is absolutely essential to make sure women have a strong foundation to reintegrate into society and leave the past behind,” Olivia Dehnavi added. “It is a vital element of rehabilitative care in prisons that provides a bridge to employment on release”.

Dehnavi argues that ROTL helps to prepare “women for life on the outside”, meaning that they are much more likely to find work, gain financial independence and succeed.

“As it stands, far too many women are plunged into homelessness and debt, and many will reoffend,” she said. 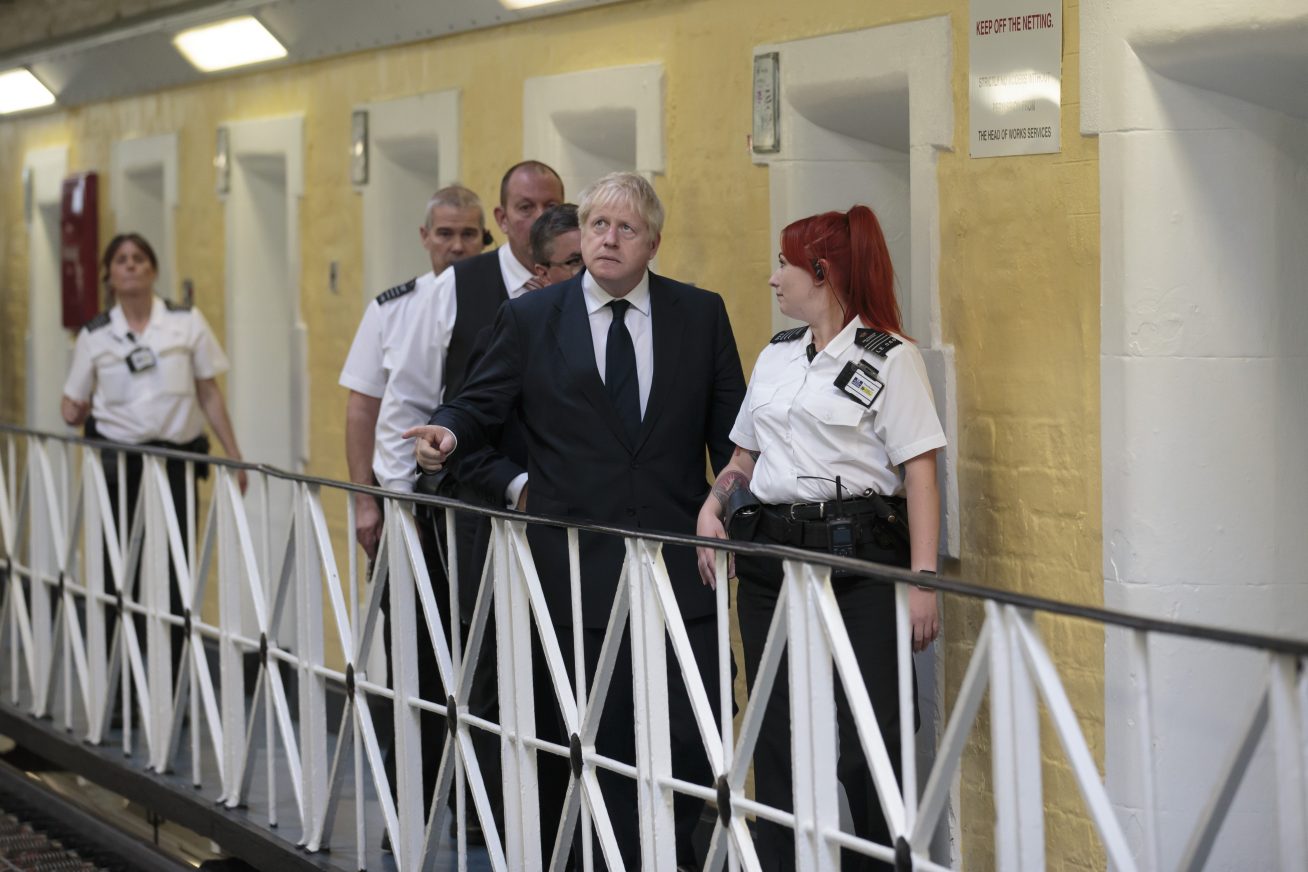 A Pattern of Pandemic Problems

The latest data from the Ministry of Justice exposes further issues facing prisoners caught up in the Coronavirus pandemic.

While between 30 June 2020 and 30 June 2021, the total prison population in England and Wales decreased by around 1,200, the number of prisoners on remand has increased by 12% in the same period.

The increase reflects the delays within the justice system caused both by the pandemic and by the previous decade of austerity measures. Since 2010, spending on publicly-funded criminal defence has declined by 35% in real terms; while, between 2010-19, half of magistrates courts in England and Wales have closed. The Government has also cut ‘sitting days’ for judges, meaning that on some days courts sit empty.

In the third quarter of 2020, there were more than 53,000 outstanding cases in England and Wales’ crown courts – a 44% increase on the previous year.

Further data from the Ministry of Justice suggests that the number of outstanding cases at magistrates courts increased by around 21% between last January to March and the same period in 2021, from around 328,000 to 396,000.

“The lockdowns and confinement in prison will have long-term consequences for women, long after things start to open up for the rest of us,” said Dehnavi. “During the pandemic, we have seen women’s chances of rebuilding their lives and finding employment after prison disintegrate as connections between prison and the community have broken down”.