Fox News’ Conservative commentator met Hungary’s authoritarian Prime Minister Viktor Orbán, two years after a firm where his father is a director received thousands from the Hungarian Government to help with media and PR,

Tucker Carlson, the right-wing, Trump-supporting, Conservative commentator for Fox News, is broadcasting his show from Hungary all this week, in advance of attending a far-right conference in Budapest.

The deal included co-ordinating an interview with Peter Szijjártó, Hungary’s Minister of Foreign Affairs and Trade, on the Tucker Carlson show.

Carlson’s father, former US Ambassador to the Seychelles Richard Carlson, is a Director of the Washington D.C-based lobbying firm. Senior advisor William Cowen also has links to Fox News.

Alongside meeting the Prime Minister, Carlson is in Budapest to attend MCC Feszt, a three-day series of talks and entertainment that celebrates ‘Hungarian talent‘. Other speakers include Hungarian politicians and US conservative thinkers, as well as a representative from the anti-abortion, anti-LGBTIQ Ordo Iuris organisation in Poland.

This is not the first time Carlson has shown his support to Orbán and his Fidesz Party.

In 2019 – the same year the deal was struck between his father’s business and the Hungarian Embassy – Carlson delivered a monologue on his Fox News show praising Orban’s family protection programme.

The programme seeks to incentivise women to have more “ethnic Hungarian children”, awarding women a loan on marriage that is written off should she have three children or more with her husband.

In his monologue, Carlson explained that Hungary had lost “half a million of its population” due to low birth rates and that the “neoliberals” who “run the European Union” believed the country could fix that problem by importing a “replacement population from the third world”.

This is the “George Soros solution,” Carlson added, referencing the left-wing Jewish billionaire who has been subject to aggressive and anti-Semitic campaigning from Orbán’s Government.

The phrase “replacement population” references a far-right conspiracy theory known as the Great Replacement. The theory posits that rising migration from the Global South is “replacing” the white, Christian population in the West, be that Europe or the US. This replacement is aided by feminists who, the theory claims, are repressing the birth rate via safe, legal abortion, and pro-migration policies from EU members. It is orchestrated by Jewish “elites” such as Soros.

In referencing the Great Replacement, Carlson was echoing Orbán’s own explanations of the family protection programme.

A year earlier, Orbán had given a speech where he accused the European Union of wanting to replace the population with “others”, saying “Hungarian people think differently. We do not need numbers. We need Hungarian children”.

In 2019, three months after Carlson’s video, Orbán spoke at a demographics summit in Budapest where he explained that “if in the future Europe is to be populated by people other than Europeans then we will effectively be consenting to population replacement: to a process in which the European population is replaced”.

Carlson was joined in praising the family protection programme by influential UK Conservative commentator Tim Montgomerie, who in 2019 tweeted that Orbán’s policy was “worthy of close study”. In the US, assistant to President Trump and director of the Domestic Policy Council Joe Grogan called the policy “inspired”.

Other European far-right parties and leaders have also leaned on the Great Replacement conspiracy theory to win support.

In Italy, the leader of Italy’s far-right Lega Party, Matteo Salvini, has claimed that the country faces a “demographic winter” and a “crisis of empty cribs.” An anti-immigration poster produced by Germany’s far-right Alternative für Deutschland Party stated “New Germans? We make our own”. 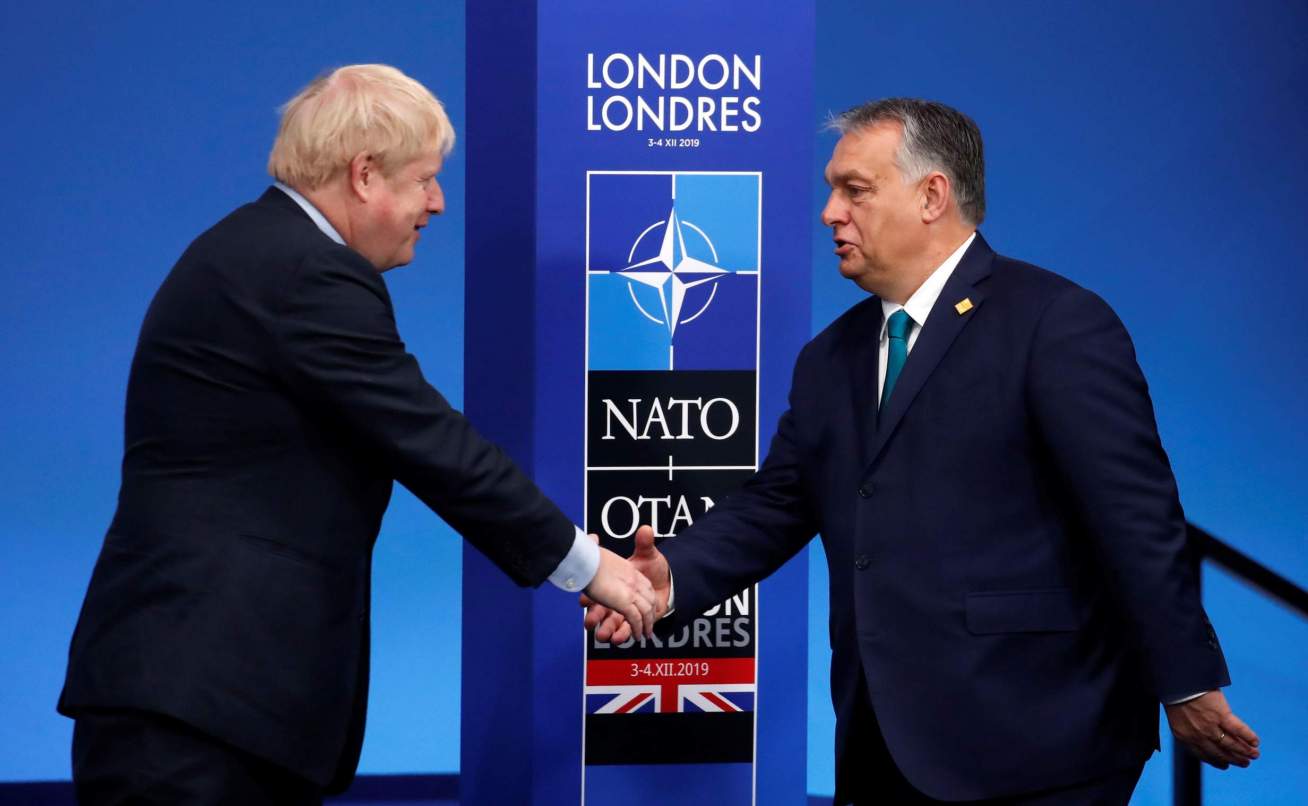 Carlson has previously said “freedom of speech is a hill I’ll happily die on” and has complained against “online fascists” who will try to “get you fired” and make “your life miserable” for publicly airing certain views.

The “fascists” he is referring to are liberals and the wider left.

There’s a contradiction then, in Carlson’s support for Hungary’s increasingly authoritarian Government that has spent recent years clamping down on free speech in the country – including freedom of the press.

The Hungarian media is now overwhelmingly in the hands of the Government or those who have close ties to Fidesz. Independent newspapers and outlets have been shut down, while others, such as Klubradio, have lost their license to operate. Any media that is critical of the Government faces increasing pressure.

Further, a recent law banning LGBTIQ content in media for children has also been condemned by human rights and free speech campaigners. The law has led to books being banned, with a Government minister even ripping up a book live on TV.

With particular resonance to Carlson’s defence of freedom of speech, prominent Hungarian sports stars and commentators who have expressed solidarity with the LGBTIQ community have lost their jobs.

All of this raises the question as to who Carlson and his right-wing followers believe freedom of speech is for. It may be the hill he claims he is willing to die on. But as his visit to Budapest shows, it’s not a hill he will die on for those bravely opposing the Government, or for the LGBTIQ community.