“What our fellow representative József Szájer did is incompatible with the values of our political community” is how the Hungarian Prime Minister, Viktor Orbán, publicly denounced one of his closest friends and allies on Tuesday evening.

Szájer was forced to quit Orbán’s right-wing party, Fidesz, having already resigned his position as a Member of the European Parliament (MEP) – where he represented Hungary’s right-wing, increasingly anti-LGBT governing party – saying that what he did was “unacceptable and inexcusable”.

The Government that Szájer has loyally served has not only constantly curbed the rights of LGBT people but – especially in recent years – waged an all-out culture war against them.

A few hours after the news broke, Szájer identified himself in a public statement.

Veteran of the Culture Wars

In the late 1980s, Szájer was a founding member of Orbán’s party, Fidesz. Since 2004, he has acted as a key spokesman for it in Brussels, defending Orbán’s Government against any kind of criticism. But while he has secretly enjoyed LGBT-friendly Brussels, Szájer has contributed significantly to making the life of LGBT people back at home in Hungary a misery.

The Government that Szájer has loyally served has not only constantly curbed the rights of LGBT people but – particularly in recent years – waged an all-out ‘culture war’ against them.

Orbán’s Hungarian Government portrays itself as a stalwart of conservative values, emphasising its ‘pro-family’ policies and the importance of marriage and family. To justify this, it frequently quotes Hungary’s new constitution – drafted a decade ago by Szájer himself, an Oxford-educated legal expert, at the request of Orbán, who came to power in 2010.

The main legal architect of Orbán’s new constitutional system, the ‘System of National Cooperation’, Szájer’s leadership of the project saw opposition parties and NGOs shut out of its drafting, with only a handful of other Government loyalists selected to be involved. Szájer not only took credit for the constitution, he actually bragged in interviews that he wrote most of the text on his iPad.

It was in this constitution that the foundations of the Orbán Government’s anti-LGBT policies were laid.

One of its articles stated that it protected “the institution of marriage as the union of a man and a woman” – a sentence which essentially made it impossible for gay couples to get married.

Szájer labelled his work as a “21st Century constitution” and, when confronted with the fact that it did not provide family rights to same-sex couples, he told journalists: “I don’t think that the traditional concept of marriage has changed just because we came into another millennium.”

Szájer himself is married to a woman, Tünde Handó, the influential and controversial jurist and judge who is currently a member of the Constitutional Court of Hungary – where she is tasked with applying the fundamental law penned by her own husband. Hungarian media usually avoids scrutinising the private life of politicians, but what is known about this power couple is that they have spent most of the 21st Century living and working in different cities.

While Szájer was away in Brussels, his constitution was triggering other far-reaching consequences besides the LGBT marriage ban. The fundamental law he had written became a reference point for future legislation aimed at restricting other rights of LGBT people.

Just weeks ago, a new constitutional amendment banning adoption by same-sex couples was introduced to the Hungarian Parliament. This followed a law passed in May which ended the legal recognition of trans people by defining gender as based on chromosomes at birth.

What the constitution lacks is just as important. Hungary’s fundamental law contains no constitutional protection against discrimination based on the grounds of sexual orientation, for instance. 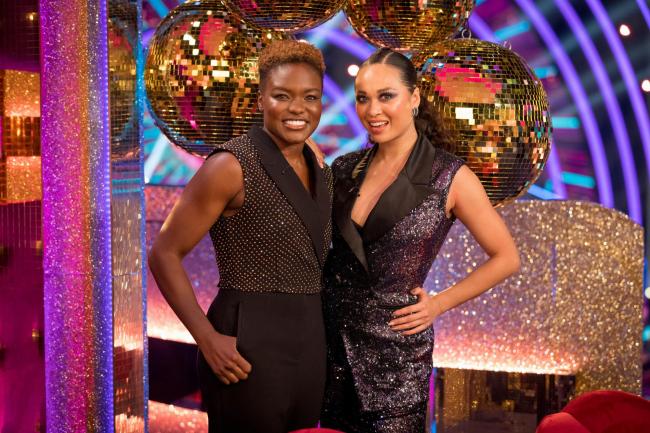 HomophobiaWhy is is Still an Explicitly Acceptable Prejudice to Hold?

A man recently successfully applied to become a registrar in a small town near Budapest. However, as a leaked audio recording revealed, the town’s leadership eventually overturned its decision to hire him because of the suspicion that the applicant was likely to be gay – or, as the town’s notary described it in the recording, “a horse rapist”.

Last year, Hungary pulled out of the Eurovision Song Contest, because the competition was allegedly “too gay” for the taste of the Orbán Government’s media bosses. Meanwhile, senior politicians also lashed out at Coca-Cola for the company’s ‘Love is Love’ campaign.

The anti-gay crusade reached new levels when, amidst the second wave of the Coronavirus pandemic and a shocking economic recession, Orbán tried to divert public attention to fighting a new enemy: a children’s book.

A Fairy Tale for Everyone contained classic children’s tales reinterpreted with LGBTQ and other minority characters – and caused outrage on the Hungarian far-right. The publication had already been denounced as “homosexual propaganda” by hate groups when, somewhat surprisingly, the Prime Minister himself jumped in: “There is a red line that cannot be crossed,” he said. “Leave our children alone!”

A Victim of his own Campaign

This is the oppressive atmosphere that Szájer has helped to create in Hungary in recent years – one which he has now fallen victim to it himself; cut loose by an anti-LGBT Government after it discovered his double-life.

Although Szájer’s close colleagues were fully aware of his escapades, the Hungarian public was not.

In a perhaps misplaced conciliatory tone, István Szent-Iványi, a former liberal politician representing a rival party, generously wrote: “Destiny came to help him. I hope he can seize this opportunity. If he can, I wish all the joy and happiness for this new, more beautiful and sincere life.”

Unfortunately, this sentiment won’t be of much help to all those Hungarians who are not lucky enough to escape Hungary’s repression to Brussels or any other gay-friendly city.