After 47 Muslim pupils and teachers faced censure for expressing solidarity with Palestine during the recent conflict with Israel, the Secretary of State faces a judicial review over discrimination

The Education Secretary Gavin Williamson is facing a legal challenge over the contents of a letter sent to school leaders on Palestine.

The letter, dated 28 May 2021, was sent during the recent Israel-Palestine conflict and raised concerns about an increase in anti-Semitic incidents in schools.

The advocacy organisation CAGE has launched the legal challenge which claims that Williamson’s letter discriminated against Muslim students and failed to guarantee their right to freedom of speech and association.

CAGE’s lawyers asked the Secretary of State to publicly withdraw the letter and invite consultation on its replacement.

CAGE has also asked Gavin Williamson to disclose details of the incidents of anti-Semitic abuse, as well as to share the “empirical and/or anecdotal evidence” that the rise in incidents “was a result of the increased focus on the Israeli-Palestinian conflict”.

In its legal challenge, CAGE argues that Williamson’s letter infringed on pupils’ right to freedom of expression.

Riverway Law’s Fahad Ansari, who is leading the judicial review, said in a statement that Williamson’s instructions stifled “the legitimate political views of Muslim students.” CAGE’s managing director Muhammad Rabbani said the Government had “sought to censor discussions in classrooms and exert control over any political activity in schools”.

“This is fundamentally a matter of freedom of expression,” Rabbani added.

Williamson has made freedom of speech a central part of his Department’s strategy, publishing a white paper earlier this year on protecting freedom of expression, particularly in universities.

CAGE recorded 47 cases of students and teachers being censured for expressing solidarity with Palestine during May’s conflict. The censures included suspensions, verbal warnings and one referral to the Prevent anti-extremism programme. All 47 cases involved Muslim children and adults.

One school banned “Middle Eastern clothing”, while another asked if a pupil had learnt about Palestine “in the mosque of Madrassa”. Another pupil was criticised for showing “too much interest” in Islamic history.

Pupils have told CAGE they feel “afraid of the consequences” of expressing their political opinions, while some are fearful of returning to school having been reprimanded by teachers.

However, the number reported to CAGE could be the tip of the iceberg. The Muslim Engagement and Development (MEND) organisation has recorded 146 incidents, while Ilyas Nagdee, who works on race equality in education, has received reports of close to 100 cases of young people facing consequences for speaking up about Palestine. 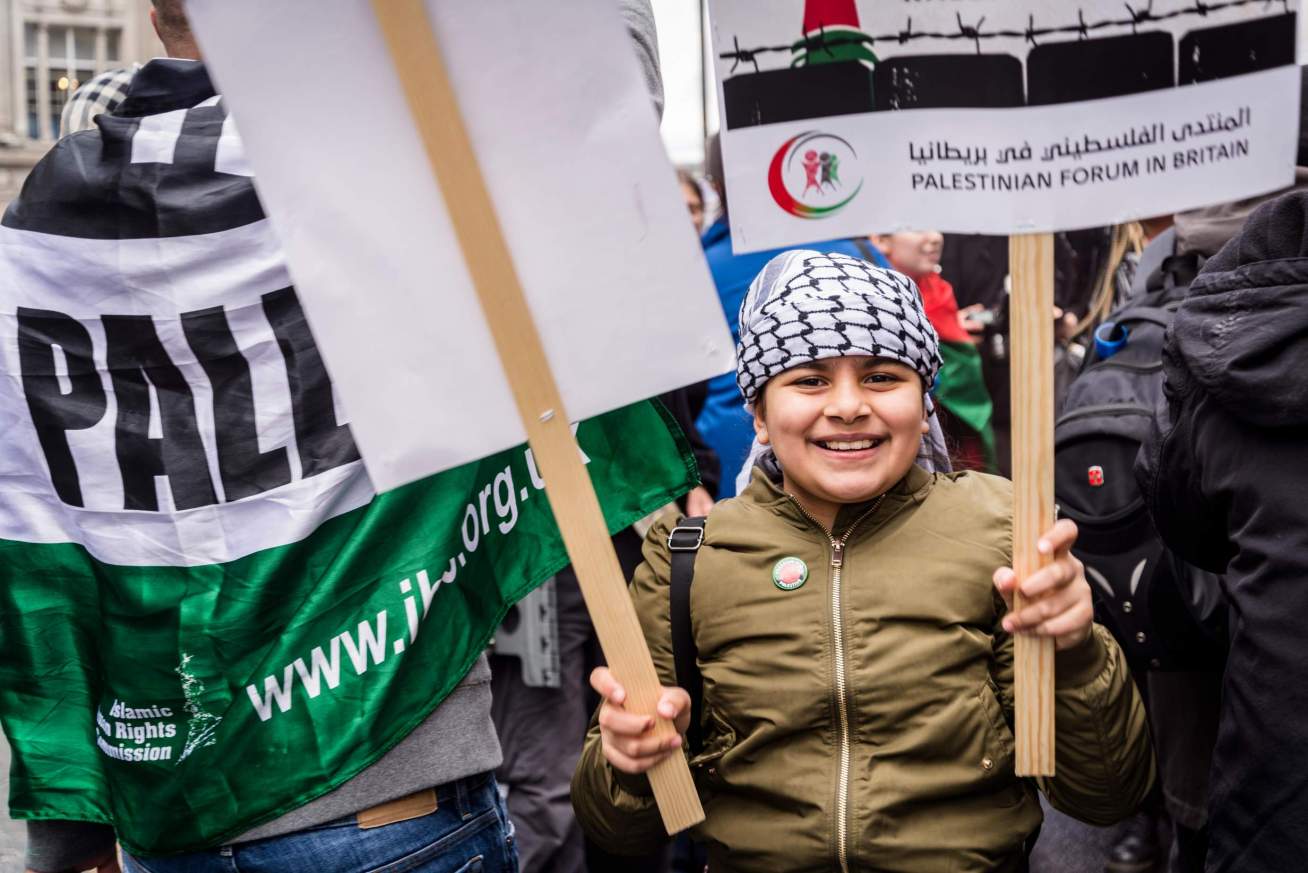 The legal challenge claims that Williamson’s letter “directly and indirectly” discriminates against Muslim pupils. CAGE criticises the Secretary of State for failing to mention in his letter “the increase in discriminatory behaviour towards Muslim pupils from teaching staff”, which it says can be seen in some of the 47 cases of pupils facing censure for expressing Palestinian solidarity.

It goes on to claim that Williamson should have made himself aware of the suppression of freedom of expression of Muslim pupils regarding the conflict.

Williamson’s letter advised teachers to reach out to what he called “reputable organisations” Solutions Not Sides, the Community Security Trust, and the Forum for Discussion of Israel & Palestine who “can support schools to teach about this sensitive topic in a balanced way”.

CAGE states that it is “questionable” why Williamson does not recommend “a single organisation known for its support of Palestinians” as a reputable organisation in his letter.

It also asks whether Williamson consulted with any organisations while authoring his letter and how he “arrived at the formulations” of the letter.

“This case will seek to establish that it is not the function of the executive to choreograph political discussions within schools in the manner of autocratic regimes,” said Muhammad Rabbani, while emphasising the need to “respect the experience and judgment of school leaders” rather than “politicians seeking to foment ‘culture wars’”.

In a statement, the Department for Education told Byline Times: “Antisemitism, like all forms of racism, is abhorrent and has no place in our schools. The Education Secretary wrote to schools to remind them of their responsibility to deal with antisemitic incidents with due seriousness, following a reported increase during the most recent Israeli-Palestinian conflict.”

The Department for Education added that schools must remain politically impartial and not promote partisan political views. They should ensure the balanced treatment of political issues. It is “developing further guidance to support schools to understand and meet their duties in this area.”