Subverting the ‘Will of the People’ How Brexit Sowed the Wind

British politics is now living with the legacy of how the Brexit process fostered a kind of ‘Jacobinism’, in which political norms and conventions were disdained as subordinate to ‘getting Brexit done’.

This was possible, in part, precisely because they are norms and conventions and, as such, rest upon shared understandings and commitments which are inherently fragile and therefore vulnerable in the face of sufficient ruthlessness. This state of affairs also arose partly because of the contradictions and conflicts between the direct democracy of referenda and the representative democracy of Parliament.

Arguably, this was set in train by the ‘disruptor’ and ‘rule-breaking’ ethos of the Vote Leave campaign, but it was also embraced by the apparently more conventional Theresa May – starting with her ill-fated attempt to prevent a parliamentary vote on triggering Article 50. By contesting the case brought against the Government by the businesswoman Gina Miller – which argued that MPs should be given a say over the triggering of Article 50 – then then Prime Minister treated Parliament as an illegitimate obstacle in the way of ‘the will of the people’.

Subsequently, May’s rationale for the again ill-fated 2017 General Election was that, whilst the people were (supposedly) coming together, politicians were conspiring to sabotage Brexit.

The same sentiment pervaded her time in office. The rebel MPs who forced the amendment that provided for a “meaningful vote” on any eventual Withdrawal Agreement were pilloried. When that agreement was struck, her Government was – in a historic first – found to be in contempt of Parliament for refusing to disclose the full legal advice relating to it.

Then, when it came to the meaningful votes being held, she attempted to flout the longstanding convention that MPs could not be asked to vote on the same motion twice. For upholding that convention, then Speaker John Bercow was accused of subverting Brexit. May herself made a televised address to the nation, explicitly pitting the public against politicians, and spitting out words such as “amendments” and “motions” as if they were appalling perversions rather than basic mechanisms of the parliamentary process.

After her departure, Boris Johnson came along with his team of Vote Leave campaigners, headed by Dominic Cummings, and proved to be even more dismissive of the fundamental tenets of democracy.

‘Good Chaps’Left the Building a While Ago, Britain– It’s Time to Wake Up

Attacks on Parliament and the Judiciary

Prorogation was a truly extremist act: a government suspending Parliament in order to bypass the fact that it had no majority for what it wanted to do. It also broke with established norms by drawing the Queen into politics. Subsequently, when that gambit failed, Johnson threatened to defy the law that Parliament had passed forcing him to extend the Article 50 period.

Were Remainers and opponents of a ‘no-deal’ Brexit equally cavalier with convention? That is the accusation that Brexiters often make – particularly with regards to the occasions when MPs ‘took control’ of the House of Commons to pass legislation to prevent a no-deal. In a sense, even if it is true, it merely confirms the argument about what Brexit set in train. But, in fact, it was only possible because the Government could not command a majority – because it had lost control of the Commons – and so was quite consistent with the precepts of representative democracy and parliamentary sovereignty.

The reality is that the most committed Brexiter MPs were hypocritical and opportunistic in their view of parliamentary democracy. Having bitterly opposed the very idea of a meaningful vote, they happily made use of it to prevent May’s deal. In effect, their position was that, when (as they thought in 2017) the Government was doing Brexit in the way that they wanted, Parliament should have no say because it was subordinate to the direct democracy of the referendum. But when (as they believed in 2018 to 2019) the Government was doing Brexit in a way that they did not want, they insisted that representative democracy should hold sway.

Despite all of this, it could be said that the political system, in its widest sense, contained the challenges to it. After all, the courts upheld the Miller case over the triggering of Article 50, and also ruled the prorogation to be unlawful. For that matter, albeit grudgingly, Johnson sent the Article 50 extension letter.

However, in the process, much damage was done. Notoriously, judges were vilified on the front page of the Daily Mail as “enemies of the people”, and there are now persistent attempts to hobble judicial power – partly as revenge for the judgments in the Brexit cases. Even the suggestion that a Prime Minister might defy domestic law undermined the principle of the rule of law, as did the subsequent threat to break international law with the Internal Market Bill.

But the attacks on Parliament and the judiciary formed only part of the wider assault on established institutions which Brexit unleashed.

Civil servants, in particular, were routinely denounced under suspicion of ‘Remainer’ tendencies, and some were effectively forced to resign. The former Governor of the Bank of England received similar treatment. A Cabinet minister asked every university in the country to disclose what individual academics were teaching about Brexit. The BBC came under renewed criticism for supposedly being anti-Brexit.

All of these things matter hugely – perhaps especially in a country with no codified Constitution – because they threaten the very subtle system of formal and informal checks and balances that, together, make for a functioning democracy.

Democracy can never be reduced simply to a system of voting. Still less can it be equated solely with a single vote after which the ‘will of the people’ is used as a bludgeon to scarify not only anyone who takes a different view, but anyone trying to discuss the details of how that vote should be enacted.

That this was able to happen has substantially polluted political culture and discourse, with legitimate disagreements being escalated to horrendous rape and death threats against individuals, including MPs and civil servants. One Conservative MEP opined that those with “extreme EU loyalty” should be charged with treason. Worst of all, the Labour MP Jo Cox was the victim of a political murder. The Brexit process may not have started this downward spiral, but it significantly intensified it. The way in which a society discusses politics is not a separate sphere from the political institutions of democracy – it is a part of them.

Perhaps the most dangerous legacy lies in the way that an idea of ‘the people’, treated as an undifferentiated and unified whole, moved from being attached to the 2016 EU Referendum to being claimed as the basis for political leadership generally. In the years since, an entire array of policies – from ‘clamping down’ on asylum seekers to the nebulous ‘war on woke’ – have come to be claimed as those for ‘ordinary people’ in contrast to the ‘metropolitan liberal elite’. Thus a stereotype of the Brexit vote serves as a proxy for a wider political agenda, as if validated by that vote.

It is in these circumstances that the chipping away of traditional norms and conventions of politics, in both their narrowly institutional and wider discursive senses, really starts to bite. For it does not just elevate direct democracy above representative democracy, it elevates a quasi-mystical sense of ‘the people’ above the actual choices and preferences of actual people. The ‘will of the people’ is then interpreted by a wise leader as their authentic voice – who becomes their protector against the enemies within.

We may not be at that point yet, although some of Boris Johnson’s paeans to “the people’s priorities” gesture towards it. Instead, we have a kind of hybrid, in which this new politics of populist authenticity is mated with the remnants of increasingly hollowed-out traditions.

Thus politicians are able to hide behind claims that ‘the rules have been followed’ when, for example, defending ministerial misconduct or the award of sinecures, even when those rules no longer have any substance. The conventions of parliamentary language are scrupulously enforced, whilst the morality they are supposed to stand for is abandoned. More broadly, all the pomp and ceremony of, say, the state opening of Parliament persists, as if timeless traditions held sway – but there is nothing behind it. 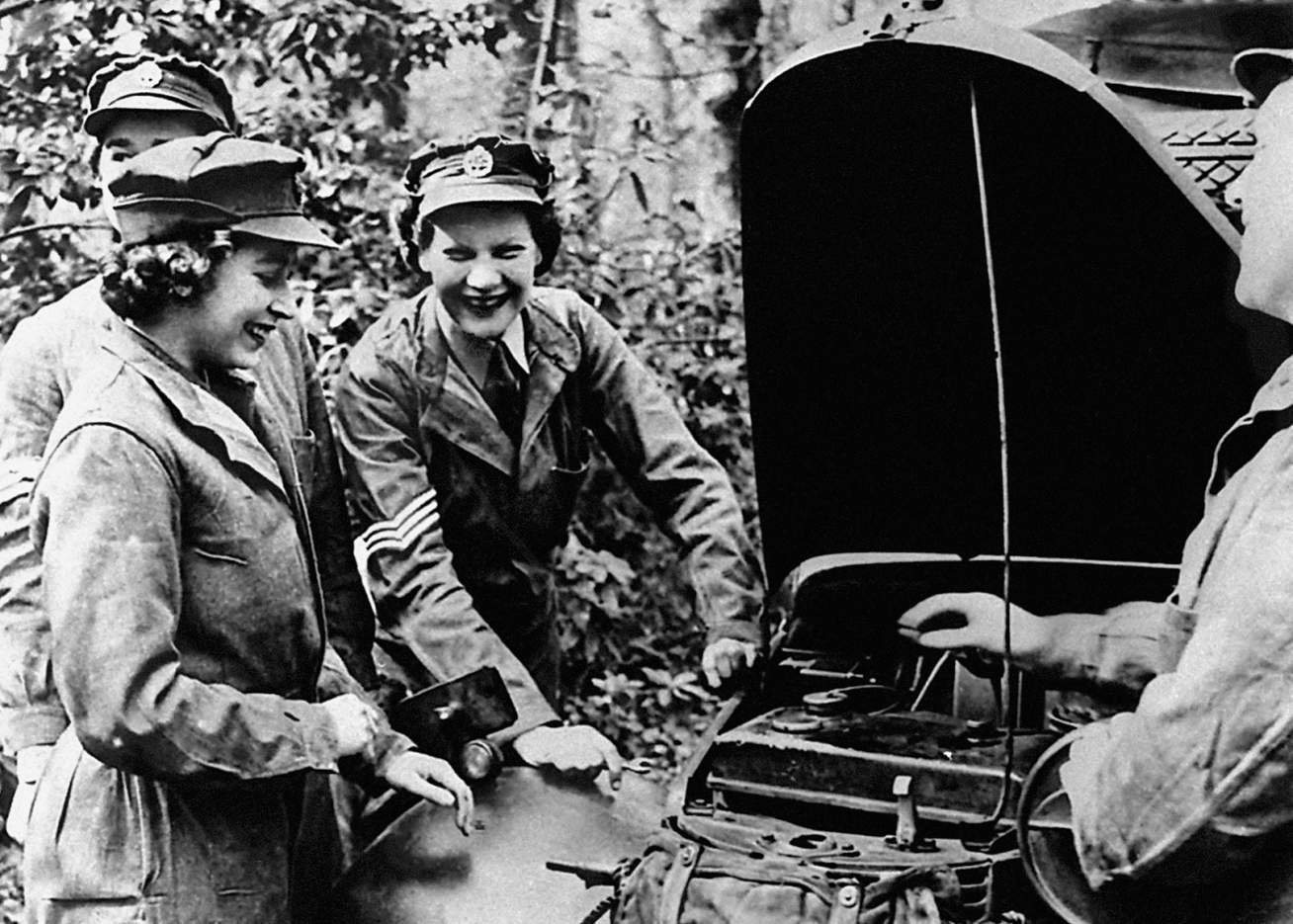 Will End of the Queen’s Reign beBritain’s Deepest Crisis Of All?

None of this was automatically entailed by Brexit, nor is it entirely attributable to Brexit. But Brexit came to be its harbinger and handmaiden.

That happened because a narrow vote for an indeterminate policy was treated as a wholesale rupture between ‘the people’ and the political system, justifying any attack on that system so long as it would get Brexit done in the specific way defined by its most extreme supporters.

In particular, the justification for those attacks was the demand for another referendum on the terms of the Withdrawal Agreement which, some Brexiters say, was the true threat to the democratic system. But it makes no sense to argue that a democratic vote is a threat to democracy. Since such a referendum could have returned another vote to leave the EU, had it indeed been the will of the people, it is transparently obvious that the real concern was that Brexit would be abandoned for lack of majority support.

For Brexit’s most passionate advocates, preventing that by any means was justification enough. The problem for them – and, ultimately, for everyone – is what happens if, having so enfeebled political institutions and so damaged political culture, some new cause emerges which they find wholly abhorrent.

What, then, will stand between them and what they have unleashed?