After the indictment of the former president‘s ‘best friend’, Zamaan Qureshi ties together the web of links between the Trump Campaign and agents of foreign governments

On a warm, humid Washington DC night in April of 2017, dignitaries and officials from the U.S. and the Middle East filed into a popular high-end Italian restaurant in the bustling neighbourhood of Georgetown overlooking the Potomac River.

A close ally of the former president, often regarded as Trump’s ‘best friend,’ Barrack has become a central figure in Republican politics since Trump burst onto the scene. It’s unclear what was specifically discussed at that dinner but it was not the first time Barrack hosted foreign dignitaries from the Gulf nations.

Last Wednesday, Barrack was indicted by a grand jury on seven counts, laid out by the US Justice Department, including obstruction of justice, lying to federal prosecutors, failing to register as a foreign agent, and acting as “an agent of a foreign government” in taking direction from officials in the UAE.

Essentially, Barrack is charged with committing espionage, the same charge brought against an alleged Russian spy said a former Justice Department official on Twitter. The 46-page indictment outlines how Barrack and his fellow co-defendants acted at the behest of Emirati officials and describes the lengths Barrack was willing to go to advance the foreign policy interests of Emirati officials from media appearances to interviews.

Barrack allegedly also obtained a separate mobile device and encrypted messaging apps to discuss these foreign lobbying activities. In one episode, prosecutors lay out how in May of 2016, Barrack took direction from both Emirati and Saudi officials on “pro-Middle East” language to include in an energy speech Trump gave that month. It worked. That same month, Trump – ranting and railing off-script against OPEC countries suddenly shifts mid-speech to read lines designed at advancing the image of the UAE, Saudi Arabia, and other Gulf States.

Who are Barrack’s Co-defendants?

The Justice Department also charged Rashid al-Malik, a UAE national who resides in California on an F-1 visa, and Matthew Grimes (27), an assistant to Barrack and employee of the billionaire’s company, Colony Capital.

Little is known about Grimes. That’s not the case for Al-Malik. In 2019, The Intercept reported Al-Malik had been interviewed by special counsel Robert Mueller as part of his investigation into Russian interference in the 2016 election. It was reported that just three days after Al-Malik was interviewed by Mueller, he fled the country. A warrant for his arrest from 2019 is still outstanding. Much has been speculated about Al-Malik’s work.

What’s clear is that Al-Malik had a close working relationship between Barrack and the crown prince of the UAE, Sheikh Mohammed bin Zayed Sultan Al Nahyan, simply referred to as “MBZ.” As reported by the New York Times, Prince Mohammed sought a close relationship with the incoming Trump administration after falling out with the Obama administration and, in 2017, looked to establish back channels of communication with the White House.

That included establishing a close connection with the President’s son-in-law Jared Kushner.

Barrack’s indictment brings into the picture Jared Kushner, who served as a “point-person” inside the White House on Middle East policy, particularly on issues related to the UAE and Saudi Arabia. Federal Prosecutors will likely attempt to make an offer with Barrack if he can share details related to the Trump family’s personal and political dealings in the Middle East.

Barrack, in the wake of the brutal murder of Washington Post journalist Jamal Khashoggi, said that the US had committed “equal or worse” atrocities in an attempt to downplay the murder (Barrack later walked back his comments). Off the back of those comments, Jared Kushner reportedly developed a plan for negotiations between the UAE, Israel, and Saudi Arabia directly following Khashoggi’s murder at the suggestion of Barrack.

Kushner is wrapped up in a separate personal affair related to the Middle East. Kushner, who made his name in the New York real estate business, purchased 666 Fifth Avenue in New York City, an investment so absurd that it almost plunged his company into debt. In a last-ditch effort to save the investment, Charles Kushner – Jared’s father – sought an investment from Sheikh Hamad bin Jassim al-Thani, an extremely wealthy Qatari billionaire, also known as “HBJ.” After initially agreeing to a $500 million investment, HBJ pulled out at the eleventh hour, fearing attention given Kushner’s potential role in the White House. Tom Barrack told the Washington Post that he then tried to leverage his connections with Qatari officials to try and seek investment directly from the government. Ultimately, the investment fell through.

A few years later, during a trip to Riyadh in 2017, Kushner and former White House Chief Strategist Steve Bannon met in secret with Saudi and Emirati officials. In that meeting, the officials discussed a plan for a blockade in Qatar that was swiftly implemented by Saudi Arabia and the UAE to apply economic pressure on that country. Then-Secretary of State Rex Tillerson was not present for the meeting and immediately called for an end to the blockade before he was reportedly stopped by Kushner at the behest of Emirati officials.

A Qatari source told The Intercept that it would have been “much cheaper” to simply pay Kushner for his failing investment and not suffer the blockade (the blockade ended when Trump left office in January). Kushner’s desire to implement a blockade as apparent retribution from the Qataris is a matter now the subject of an ongoing investigation by the House Foreign Affairs and Senate Finance Committees.

Barrack’s back channel was not the only route the Trump administration sought with the UAE. Reports have also uncovered a now-infamous Trump Tower meeting in August of 2016 between the President’s son Donald Trump Jr., an emissary to the UAE, George Nader, private security firm Blackwater former head and close Trump associate, Erik Prince (who is also the brother of former Education Secretary Betsy DeVos), and Joel Zamel, head of an Israeli spy firm called Psy Group.

The now-defunct Psy Group was part of an elaborate network of former Israeli intelligence agents now offering their services for hire. Psy Group also signed a “memorandum of understanding” with the also defunct British political consultancy firm Cambridge Analytica. Reportedly, Zamel offered the Trump campaign social media manipulation services (similar to Cambridge Analytica) to be paid for by Nader and the UAE. The bipartisan Senate Intelligence Committee Report into foreign influence in the 2016 election was ultimately unable to determine if Psy Group fulfilled work for the Trump Campaign. 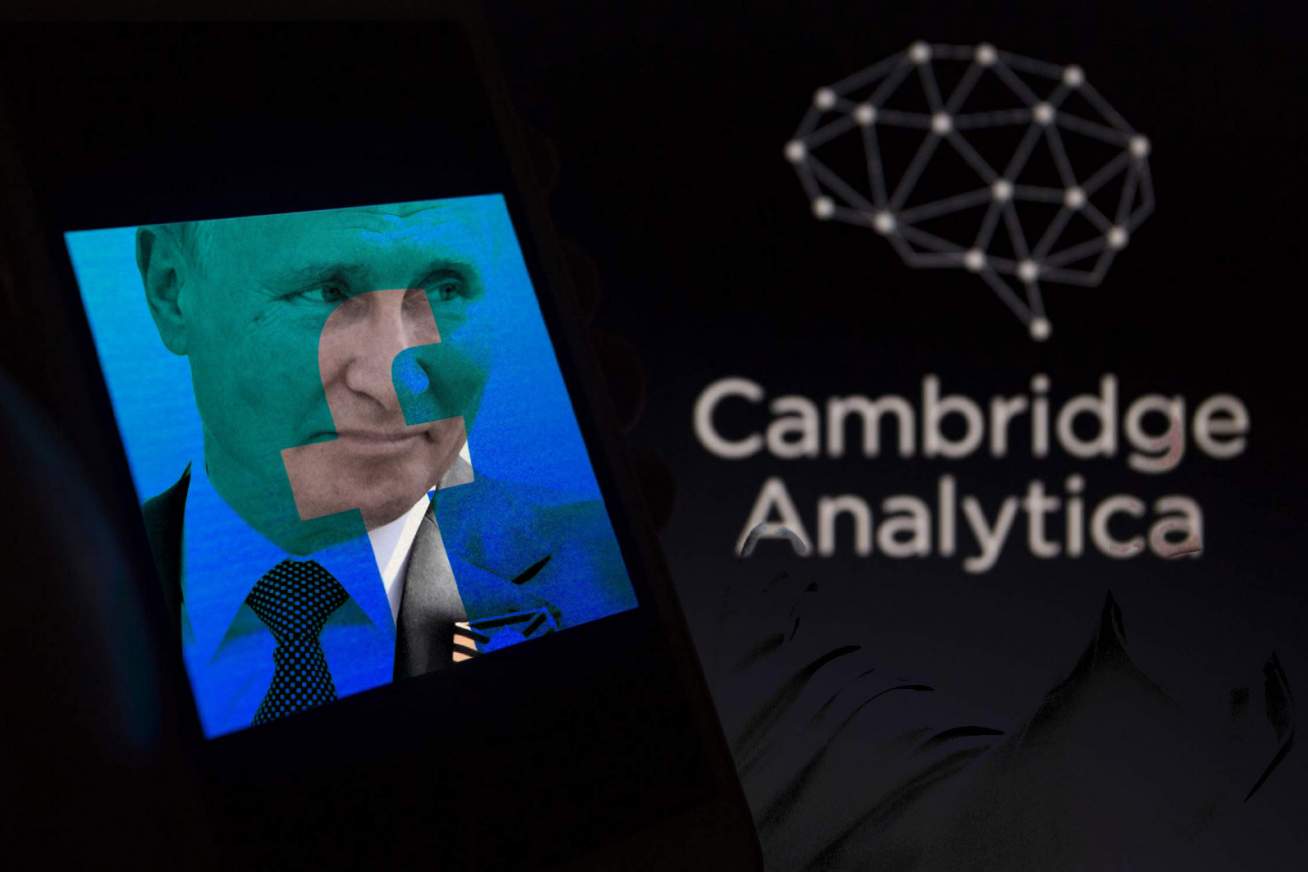 Did Cambridge Analytica Collude with Russia’s Intelligence Services To Interfere in US Elections?

This was not the first interaction Nader (a now-convicted child sex offender), a close advisor to Prince Mohammed bin Zayed facilitated with the Trump campaign. Nader also arranged a meeting in January of 2017 in the Seychelles with Erik Prince, Prince Mohammed, and Kirill Dmitriev – a close ally to the Russian government. The meeting was said to have been an opportunity for the incoming Trump administration to create a backdoor relationship with the Russian government, a practice many administrations have done in the past.

Yet, witnesses gave Congressional investigators conflicting accounts of the meeting and attempted to conceal evidence, especially before the House Intelligence Committee. Erik Prince, in particular, was subsequently referred to the Attorney General of the US for perjury charges after House Intelligence Committee members believed he lied in his description of the Seychelle’s meeting on six different issues. Prince did not bring up the August 2016 Trump Tower meeting to House investigators either.

Prince’s dealings in the UAE date back to a contract he fulfilled for Prince Mohammed where he formed a team of Colombian, South African, and other mercenaries to round up political opposition in the UAE and anyone who appeared to threaten Prince Mohammed’s rule.

Tying it All Together

Foreign influence in elections appears to be ripe in both the US and UK. But in the US, when so much public scrutiny and focus was devoted to Russian interference during the Mueller probe, a web of Emirati and other Middle Eastern connections formed in plain sight. It shows that United States foreign policy appeared to be ‘for sale.’ Whether it be the blockade in Qatar or energy talks amongst the Gulf States, the Trump Campaign and Administration officials allowed foreign policy favours to be bought both by foreign powers.

Tom Barrack, Jared Kushner, Erik Prince, and others, all close associates and family of the former president continuously sought foreign money and influence in the 2016 election. Barrack’s indictment is likely not the last of Trump associates and officials who sold themselves for political purchase and bowed at the feet of foreign leaders.

Neither counsel for Thomas Barrack nor the Embassy of the UAE in Washington DC responded to Byline Time’s request for comment.

Zamaan Qureshi, 5 August 2021
Zamaan Qureshi explores new revelations from the Mueller probe into the leaking of emails hacked by Russian intelligence services to Wikileaks during the 2016 US Presidential election