Did Cambridge Analytica Collude With Russia's Intelligence Services To Interfere in US Elections?

Wendy Siegelman looks at new evidence about the US polling data handed to Russian agent Konstantin Kilimnik, and the role of the now-defunct election campaign company co-founded by Steve Bannon

Last week when US President Biden rolled out new sanctions against Russia, one short sentence filled in a big missing piece of the Trump-Russia puzzle and raised new questions about links between Trump’s campaign and Russian intelligence.

Sanctions for attempts to influence the 2020 US Presidential Election at the direction of the Russian Government now target Konstantin Kilimnik, who was former Trump campaign manager Paul Manafort’s long-time partner in advising pro-Russian politicians in Ukraine, and who is now wanted by the FBI with a $250,000 reward.

Kilimnik and Manafort were indicted by special counsel Mueller for obstruction of justice, and one of the bombshells of the investigation was the news that Manafort asked his associate Rick Gates to share Trump campaign polling data with Kilimnik who is a known Russian agent.

Cambridge Analytica, had a degree of intersection with and proximity to Russia, and specifically Russia’s intelligence services

Neither the Mueller investigation nor the more detailed Senate Select Committee on Intelligence (SSCI) report on Russia revealed where Kilimnik sent the data. But now the US Government says definitively that: “Kilimnik provided the Russian Intelligence Services with sensitive information on polling and campaign strategy.”

This new revelation strengthens the evidence of collusion between the Trump campaign and the Russian Government and raises important questions about the nature of the polling data that was shared and about Kilimnik’s activities and network. Both questions lead to a company that deserves further scrutiny – Cambridge Analytica.

Last week Twitter researcher Zamaan Qureshi highlighted an overlooked part of the SSCI report on Russia that says: “Cambridge Analytica, had a degree of intersection with and proximity to Russia, and specifically Russia’s intelligence services.”

A section of the report on “Influence for Hire” described three foreign-based influence companies that played a role in the 2016 US presidential election – including Cambridge Analytica, Israeli company Psy Group founded by Joel Zamel, and a company linked to Michael Flynn called Colt Ventures. These companies aspired to or engaged in applying “micro-targeted social media messaging techniques comparable to those employed by Russian information operatives with the Internet Research Agency.”

Much has been written about Konstantin Kilimnik’s relationship with Paul Manafort, while Kilimnik’s longer history with Sam Patten has been a brief side note. A close read of the SSCI report (including details buried in the footnotes) shows that Patten had an unusually intimate knowledge of Kilimnik’s activities with Paul Manafort and Rick Gates before, during and after Trump’s campaign.

Kilimnik worked for the International Republican Institute (IRI) in Moscow starting in 2001 and reported to Sam Patten from 2003 until 2005 when he left to work for Paul Manafort in Kyiv. There is more reporting on Kilimnik’s background but the years before the 2016 election are of particular interest when Kilimnik and Patten’s business paths converge – and overlap with Cambridge Analytica.

In 2014 Sam Patten became a contractor for Cambridge Analytica and its parent company SCL Group. According to a story by Nafeez Ahmed, Patten worked for Cambridge Analytica at the Oregon office of its parent company, SCL Group, when the firm was fine-tuning its methodologies before the presidential campaign. In the following years Patten contracted for the company in Nigeria, Mexico, Kosovo and the Czech Republic. 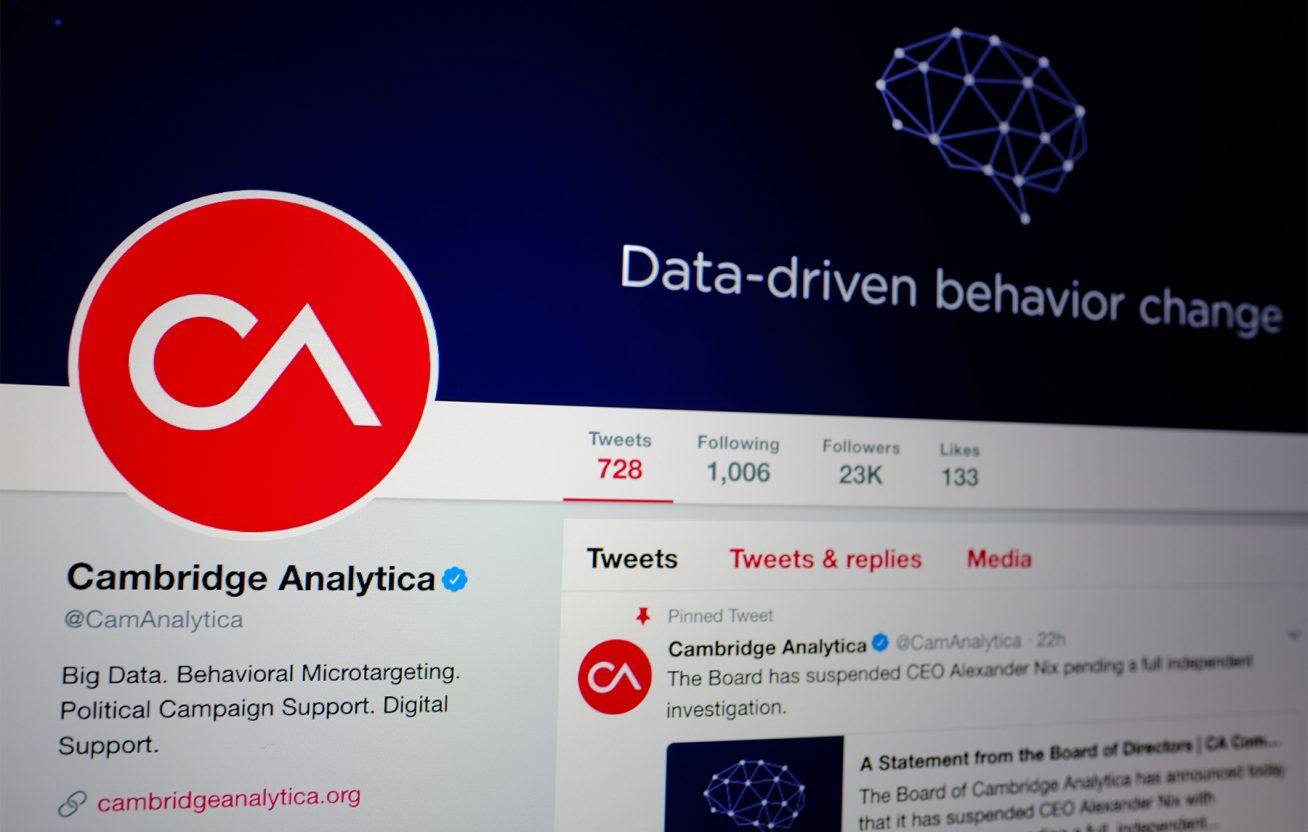 According to Christopher Wylie, who worked at Cambridge Analytica from 2013 to 2014, in the spring of 2014 Steve Bannon approved, “Cambridge Analytica-sponsored focus groups concerning Vladimir Putin and Russian expansionism, preparatory to the development of a predictive model.” Wylie indicated that “Bannon and Konstantin Kilimnik… were two of three individuals likely responsible for this idea.” (page 668)

It’s a remarkable coincidence that Kilimnik allegedly provided input with Bannon into focus group questions about Putin and Russia for Cambridge Analytica at the same time Patten was helping them refine their methodologies. Unsurprisingly, Patten said that to his knowledge “there’s no connection” between Kilimnik and Cambridge Analytica. And Bannon claimed he was not aware of Patten’s work with Cambridge Analytica or SCL.

In this same time frame there were other interactions between Cambridge Analytica and Russian entities. In 2014 Wylie hired Aleksandr Kogan, a lecturer at Cambridge University, who used several apps to harvest tens of millions of profiles from Facebook to build a database for Cambridge Analytica. Kogan was also an associate professor at St Petersburg State University, receiving Russian government grants to fund research into social media.

A 15 March, 2014, email from SCL Group employee Marcus Beltran to Nix, Wylie, and Kieran Ward referenced “the interesting work Alex Kogan has been doing for the Russians.” (page 669) And from 2014 to 2015 Cambridge Analytica met with representatives of Moscow-based Lukoil and they described the purpose as proposing development of a Lukoil customer loyalty card to be used in Turkey and no known deal was closed. However, Wylie indicated that Nix’s presentation “entailed discussion of rumour and disinformation campaigns and undermining confidence in institutions.” (page 670)

The SSCI report has details on Patten’s work in Ukraine and how he was paid by an oligarch close to Dmitry Firtash – who is wanted for extradition in the U.S., has reputed ties to Russian mafia, and was involved in efforts to dig up dirt on Biden 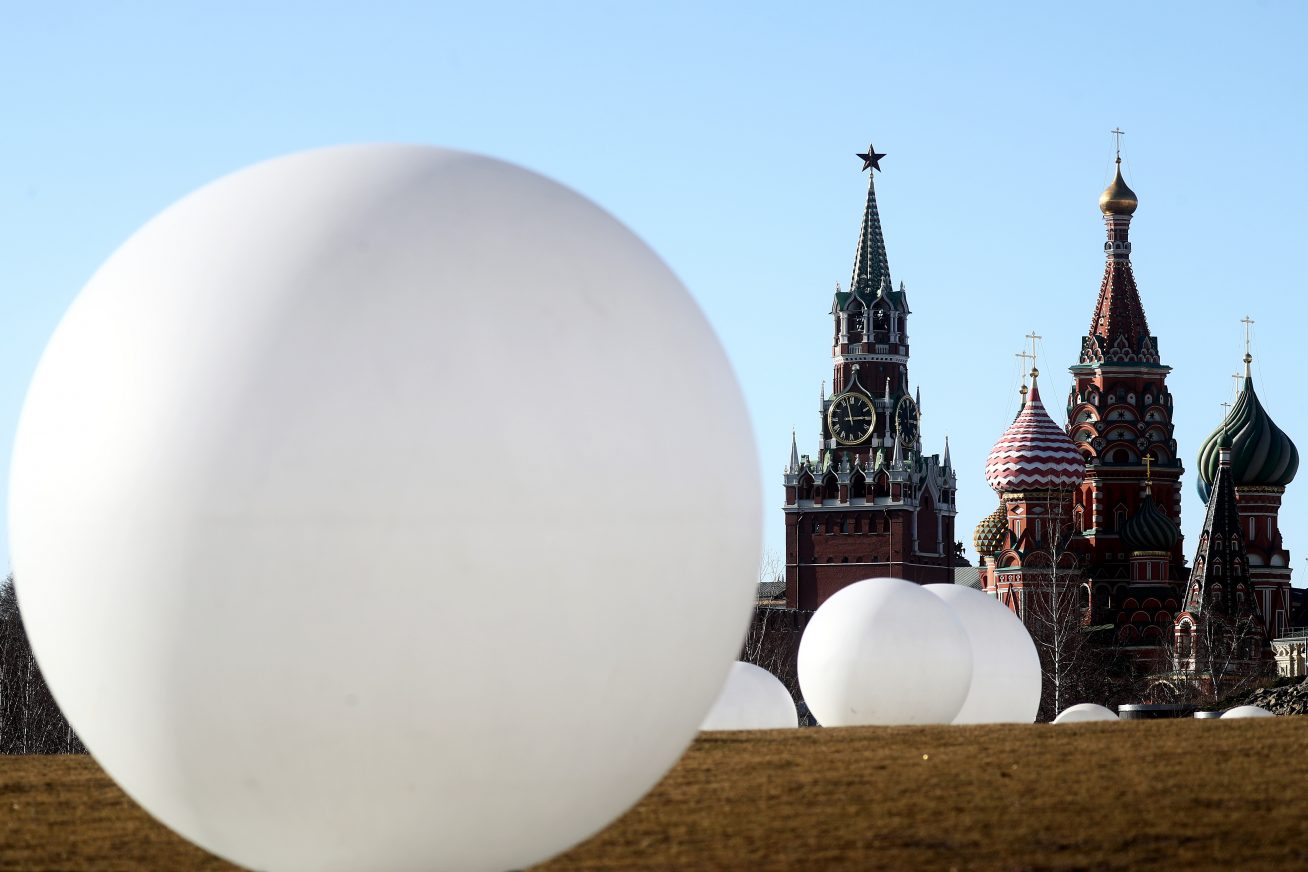 Zarina Zabrisky described the significance of the name – Begemot is a character from an iconic Russian novel Master and Margarita, a giant black cat, a joker that is part of a Satanic force that causes havoc and chaos while on a visit in Moscow in the 1930s in the midst of the Great Purges and Stalinist terror. The website for Kilimnik and Patten’s company featured a large cat.

Although there has been coverage of Kilimnik and Patten’s company, the extent of their financial links and ongoing communications during the 2016 election have new significance with the news last week that Kilimnik was communicating then with Russian intelligence.

Sam Patten’s Criminal Information references Company A (Begemot) and says in 2015 the company advised the Opposition Bloc, a pro-Russia party in Ukraine, and a prominent Ukrainian oligarch and consulted and lobbied in Ukraine and the U.S. The company received over $1,000,000 for work in Ukraine, a portion of which violated the Foreign Agents Registration Act.

A footnote on page 49 of the SSCI report has details on Patten’s work in Ukraine and how he was paid by an oligarch close to Dmitry Firtash – who is wanted for extradition in the US, has reputed ties to Russian mafia, and was involved in efforts to dig up dirt on Biden.

During 2014 to 2015, Vitali Klitschko hired Patten to assist in his Kyiv mayoral campaign. Patten worked for Klitschko for approximately a year, and was paid $800,000 by Serhiy Lyovochkin, a Ukrainian oligarch and politician who led the Opposition Bloc, had previously worked for Yanukovych and employed Manafort, and is a business partner of Dmitry Firtash. Kilimnik joined the work with Patten and said Lyovochkin would make all decisions for Klitschko related to hiring of political consultants. In a 2015 news story Firtash allegedly described his involvement in getting Klitschko elected.

Perhaps the most startling part of re-reading the SSCI in light of the news that Kilimnik passed Trump polling data to Russian intelligence – is how much the interactions among Kilimnik, Manafort and Gates related to the Trump campaign, were conveyed to Sam Patten. Following are a few examples:

The SSCI report shows Patten had ongoing insight into Kilimnik’s work with Manafort and Gates related to the Trump campaign. And Patten and Manafort were similarly secretive in their approach to communications with, and about, Kilimnik.

Manafort, Gates and Kilimnik used a technique called ‘foldering’ – in which they would save drafts in a shared email account and then delete the drafts after reading them. Patten also engaged in foldering with Kilimnik. The SSCI report notes that Manafort “lied consistently to the SCO during these interviews about one issue in particular: his interactions with Kilimnik.”

Sam Patten “similarly engaged in conduct designed to obfuscate his relationship with Kilimnik. Patten withheld and deleted documents related to Kilimnik that were relevant to the Committee’s investigation. During the execution of a search warrant on Patten’s home, Patten used his wife’s phone to send a text message to Kilimnik and then deleted the message”

There is a big mystery around what data related to the Trump campaign was sent by Manafort and Gates to Kilimnik, and then given to Russian intelligence. Gates described what he sent as “topline” data, however, a footnote of the SSCI report described an example from 30 June, 2016 that covered eight states and included responses to approx 100 questions in different target states and documents with 247 pages. It is not known if the full reports or only parts were sent to Kilimnik and on to Russian intelligence.

Three primary pollsters worked with the Trump campaign – Anthony Fabrizio, Kellyanne Conway and Cambridge Analytica. The SSCI report consistently describes the polling data as coming from Anthony Fabrizio, who Manafort worked with closely in the past and had some financial transactions with that were investigated by the Mueller team as a possible kickback scheme.

However, it is still not known if Gates was sending Kilimnik only Fabrizio’s data or if Fabrizio was compiling data from Conway and Cambridge Analytica. In another section of the SSCI report Brad Parscale explained that the polling data was ingested into a visualisation tool with the help of Cambridge Analytica developers.

The confirmation that Kilimnik shared Trump campaign and polling data directly with Russian intelligence raises important new questions about the nature of Kilimnik and Patten’s close business partnership during this same period. While Patten worked with Kilimnik he also contracted with Cambridge Analytica, which happened to be one of three main pollsters for the Trump campaign.

As new pieces of the puzzle get filled in they raise new questions, and the links between Cambridge Analytica and Sam Patten to Konstantin Kilimnik and Russian Intelligence services need more investigation.