How Much Did We Pay For PPE?Data the Government Doesn’t Want to Reveal

At the start of the Coronavirus pandemic, global prices for personal protective equipment (PPE) sky-rocketed. Government agents were sent to scour Asian factories, trying to gazump rival countries in their search for huge quantities of medical masks, gowns, gloves and sanitiser. The Government was even told that bribes were being paid to secure PPE deals on its behalf.

Perhaps much of this is to be expected. It was a global crisis, after all. But the question of how much the Government ending up paying for PPE is one that still stands and deserves to be answered.

Byline Times and The Citizens have been inspecting COVID-related contracts for the past year. Along the way, we have found some contracts where it is possible to see the price per unit of the items bought, but this is not the norm. The Government’s standard procedure has been to redact this information. Citing section 43 of the Freedom of Information Act, which protects commercial confidentiality, Government officials liberally apply the redactor’s pen.

Revealing how much the Government paid for PPE would prejudice the commercial interests of the suppliers, officials say. But some redacting is done incompetently. Sometimes, the number of units bought is printed in the contract description or some figures in the annex documents are forgotten to be redacted – allowing us to work out the cost per unit. Such errors offer an insight.

We have calculated the price per unit of 17 contracts and have compared these values to those listed in a report by the procurement consultancy Efficio, leaked to The Citizens, showing average PPE prices for April and May 2020. In many cases, we found that the Government had paid well over the average price per unit cost.

Efficio’s report was used by the ‘PPE Cell’ – the unit run by the Cabinet Office during the pandemic to source PPE, according to our source. Efficio did not deny the contents of this report, when approached for a response. “We do not comment on the specific details of any of our clients or their projects,” it added.

The majority of contracts where we could glimpse price per unit costs related to IIR masks – the regular disposable masks people wear in public. Of these seven contracts, three were priced above the average of £0.51, as listed by Efficio for April to May 2020. One, agreed with the logistics company Uniserve, worked out at £0.87 per mask in an order for 80 million masks. This was considerably higher than the UK-China Trading contract, which agreed to supply masks at just under £0.13 in an order of 200 million masks.

When asked why the price per unit for its masks was so high, a Uniserve representative said this was because the cost was ‘delivery duty paid’. They also said that “Uniserve’s annual report and financial statements to June 2020 clarify that turnover was £563 million, and profit before tax was £46.4 million”, a profit margin of 8.2%. “We are confident that we delivered good value for money… during incredibly difficult and volatile market conditions,” they said. Uniserve also stated that its contract began on 14 April, when prices for PPE were at their highest internationally. 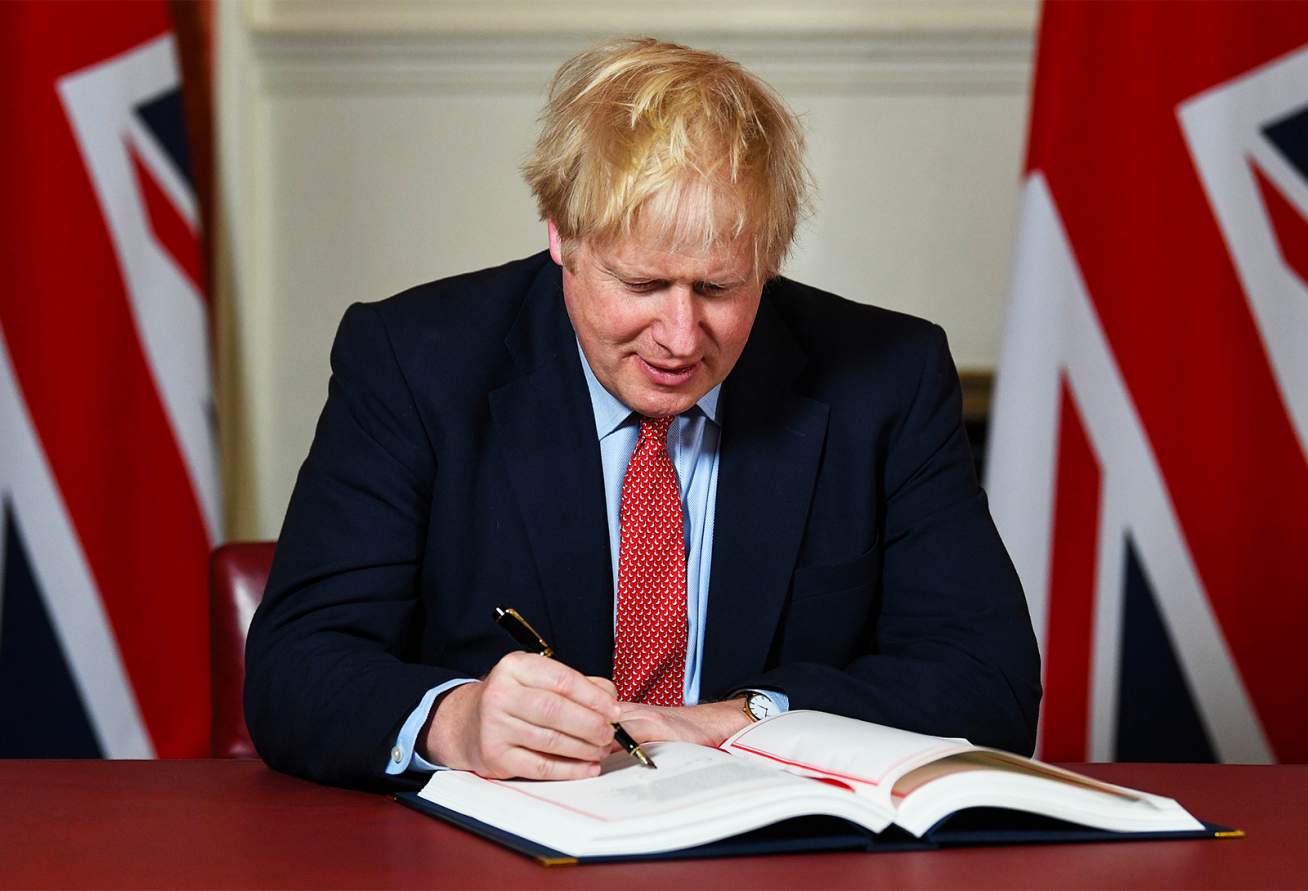 From Cameron to COVID10 Years of BrokenTransparency Promises

A Purple Surgical contract cost £0.78 per mask, which apparently didn’t include delivery costs. A spokesperson said that “we submitted our proposal based on the cost price from our manufacturer… We negotiated our cost price with the factory and then presented the selling price to the Department of Health and Social Care (DHSC) as part of the formal purchase contract. The proposal was accepted. Others were not but we were not informed why”.

It appears that even companies which submitted relatively high cost per unit prices were unsure about why some contracts were accepted but others not. Indeed, the Government ran the procurement operation and all responsibility for the selected contracts, and the associated investment of public money, lies with officials and ministers.

Purple Surgical CEO Robert Sharpe also said that his company had been defrauded during its efforts to secure PPE deals.

“We are litigating against a [Hong Kong] company in HK and the US that defrauded us out of $27 million,” he said. “In addition, I am chasing several other people/businesses in Germany, Switzerland, the UK, Monaco and China to repay significant sums of money that we paid out for PPE that they didn’t supply… Our net position is that in [the 2020 financial year] we made a very significant loss”.

Out of the nine contracts awarded to his company listed on public contracting websites, only seven were fulfilled, Sharpe stated, with one falling through due to the fraud.

This highlights another of the serious flaws in public procurement data: while the contracts that were signed can be viewed, there is no way of telling if the contract was actually fulfilled unless the company is contacted and asked this.

“We rapidly issued a public call to action to support the increased requirements for PPE resulting in over 24,000 offers of support from over 15,000 suppliers,” a DHSC spokesperson said. “An assurance process was in place and offers were assessed against set criteria, with offers prioritised based on volume, price, clinical acceptability and lead time. As a result, we have delivered over 11 billion items of PPE to protect our frontline workers.”

The notorious Ayanda Capital contract for unusable FFP2 masks was signed on 29 April. The cost per unit was £0.65 per mask – £0.14 above the average price listed by Efficio.

Damien McCrystal, the firm’s PR agent, said that it was bound by a “commercial confidentiality contract” and so could not discuss how much it paid (though it is clearly listed on the contract). He said: “There was tremendous competition from other health services around the world.”

It is clearly in the public interest to know whether the Government and the taxpayer achieved good value for money for the PPE that was procured at the outset of the pandemic – especially when the total costs amounted to several billion pounds. However, the vast majority of pricing details are censored due to ‘commercial interests’.

We found other cases where the failed redaction of contracts allowed us to work out the price per unit. A £3 million DHSC contract for face visors, for instance, showed 600,000 bought (12 deliveries of 50,000), or £5 per visor, well above the £1.72 Efficio guideline price.

The DHSC also bought 2.7 billion non-sterile disposable nitrile gloves for £302 million from Yancheng New Cloud Medical Equipment. This works out as £0.17 per item – 70% above the Efficio guideline of £0.10 per unit. YNCME was approached for comment.

Dominic Cummings’ recent Substack post reveals a Government that was in chaos over PPE procurement at the start of the Coronavirus crisis. He says that “there was no excuse for officials turning down PPE on the basis of price mark-ups” after rules had been relaxed to allow for goods to be procured even if it was 25% more expensive than usual.

Yet, officials still turned down some deals, he claims, with Health and Social Care Secretary Matt Hancock blaming this confusion on the Treasury. The Prime Minister’s former chief advisor claims that “everything to do with Hancock and procurement was a disaster, particularly the PPE situation”. In contrast, Hancock says that there was never a national shortage of PPE – a fact contradicted by frontline health workers.

Our investigation also raises questions about why, if PPE deals with a 25% mark-up were being turned down, did some other deals which seem to have cost more than 25% above market value go ahead?

Opacity in the reporting of Government contracts has led to a situation in which significant doubt hangs over the way in which public money has been spent during the pandemic – both in relation to pricing and potential conflicts of interest.

The promised public inquiry into the handling of the pandemic should look at the unreported data on Government contracts to ascertain whether the public received value for money. In the meantime, the Government should come clean and publish more information on the amount that was paid so that journalists can properly evaluate whether public money was spent wisely.