The Anatomy of a PPE DealAwarded to a Matt Hancock Associate

After Dominic Cummings was pressed on Government procurement, during which the Health and Social Care Secretary attracted scathing criticism, Sam Bright reveals more alleged details about a £14.4 million PPE contract

The centre of Newmarket features the monoliths of the modern high-street. Starbucks, Greggs and the local Wetherspoon jostle for position in the cramped nexus of the market town, best known as the global capital of horse racing.

Nestled in this throng is Newmarket Acupuncture, part of the Chinese Medical Centre. All of its staff have training from the Traditional Chinese Medical University in China, according to its website – including Chunlei Li, who has been practicing Chinese medicine in the UK since 2003.

In January 2020, Chunlei Li launched a new venture. On the second day of the new year, he formally incorporated CH&L Limited, assigning himself one share – the company’s full allocation. At that time, the Companies House website listed him as a ‘receptionist’.

Soon, CH&L struck a big win. On 30 April, the company was awarded a £14.4 million contract from the Department of Health and Social Care (DHSC) for the provision of isolation gowns – part of the Government’s drive to secure personal protective equipment (PPE) during the early stages of the Coronavirus pandemic. The contract was awarded without a formal competition process.

How did a small-time acupuncture practitioner from Newmarket with a brand new business secure a PPE contract worth as much as a Premier League footballer?

For starters, Chunlei Li had seen an opportunity to use contacts in his home country. At the outset of the pandemic, a national shortage of PPE in the UK caused a scramble by the Government to procure supplies – often relying on firms with connections in China.

According to sources in a position to know, CH&L spelt out its business case in May 2020 when applying for financial services. Mr Li spoke to “colleagues and contacts in China” about sourcing “NHS/DHSC PPE items” such as gowns, masks, goggles and face shields.

However, as the Government belatedly set about its procurement – attracting thousands of PPE offers – many firms, even those with vast experience, were marooned on an island of chaos and confusion.

This is where Mr Li’s business partner appears to have played a crucial role. It is believed that, for the past 12 years, Mr Li has known the Honourable Frances Stanley “both professionally and as friends”.

According to information provided to Byline Times, Stanley “used her connectivity” to purchasing departments and “UK contacts in the Government” on behalf of CH&L.

Stanley explained to Byline Times her feelings at the time: “We were not professionals prior to the worldwide pandemic. As a full-time charity worker it seemed obvious to me that I should turn my attention to this terrible crisis where events have shown that we were able to make a difference by sourcing much-needed PPE at a very favourable price for the DHSC.

“My primary objective was to procure PPE for our hospitals and care homes facing a healthcare crisis of immense scale. Dr Li provided strategic connections with manufacturers in China and we worked together in the spirit of collaboration for our country.”

Ultimately, as Byline Times has previously reported, the company did not deliver the goods and returned its deposit. This is not to doubt the intentions of Frances Stanley or Chunlei Li. Rather, the example of CH&L draws into sharp relief the actions of the Government during this crisis – whereby it selected a company that had no prior of experience of supplying PPE.

Indeed, it is understood that CH&L only had a few thousand pounds in its bank account when it received its £7.2 million deposit from the Government in late April.

“Due to unforeseen logistical circumstances, we weren’t able to help and the deposit was returned in full to DHSC,” Stanley told Byline Times after details of the contract were released in February.

We do not know how Frances Stanley got in touch with the Government or who she corresponded with. However, some of her past political associations are known.

A well-known contact of Stanley and her family is Health and Social Care Secretary Matt Hancock. Newmarket forms part of Hancock’s local constituency, where Stanley is a director of Newmarket Racecourse.

Frances Stanley’s husband Peter Stanley – also in the horse racing business – donated £5,000 to Hancock’s office in June 2019. When asked about this donation, Peter Stanley was later quoted as saying that the minister “recognises that horse racing is more of an industry than a sport” and that “he knows better than most that we are a huge export industry and foreign currency earner”.

The commercial alliance of British horse racing, the Jockey Club, is also based in Newmarket and Hancock has been a vocal advocate for the sport in the past. Baroness Dido Harding, appointed by the Government to run the nation’s ‘Test and Trace’ programme, also holds a board position at the Jockey Club – alongside Peter Stanley.

For her part, Frances Stanley appears to have worked with Hancock on various projects related to Newmarket – sitting on a delegation with the MP about investment in local rail services, for example.

“At no point did I ever talk to Matt Hancock about our plans to help, only DHSC purchasing officials involved in the process,” she previously told Byline Times.

It is believed that CH&L expected to make a profit margin of 5% (£720,000) on its initial £14.4 million PPE deal – and it didn’t plan to stop there. The firm allegedly had been promised subsequent ongoing contracts for isolations gowns after the fulfilment of the first contract, each with a value of between £1 million and £15 million, and an estimated five sales of this nature every month. These subsequent deals would allegedly have achieved a profit margin of 25%.

Frances Stanley told Byline Times that the proceeds of the deals would have been used to help expand her charity, Bridging the Gap – “a charitable scheme I had established to fund food purchases for disadvantaged families for the three weeks prior to Universal Credit commencing”.

“If all had gone well, I was also aiming to use some of the money to support the new Children’s Hospital in Cambridge, for which I am an ambassador,” she added.

Again, there is no evidence to doubt these claims. However, the aforementioned business case does indicate the sort of profit margins that other firms might have expected to make on PPE deals. The Government has awarded contracts for PPE worth at least £15 billion during the pandemic, many of them granted without competition.

“All decisions on whether to award contracts for PPE are taken exclusively by Government officials,” a Government spokesperson told Byline Times. “The decision-making process includes whether the offer had cleared seven previous rigorous checks, including clinical acceptability and financial due diligence. We have delivered over 11 billion items of PPE to protect our frontline workers.” 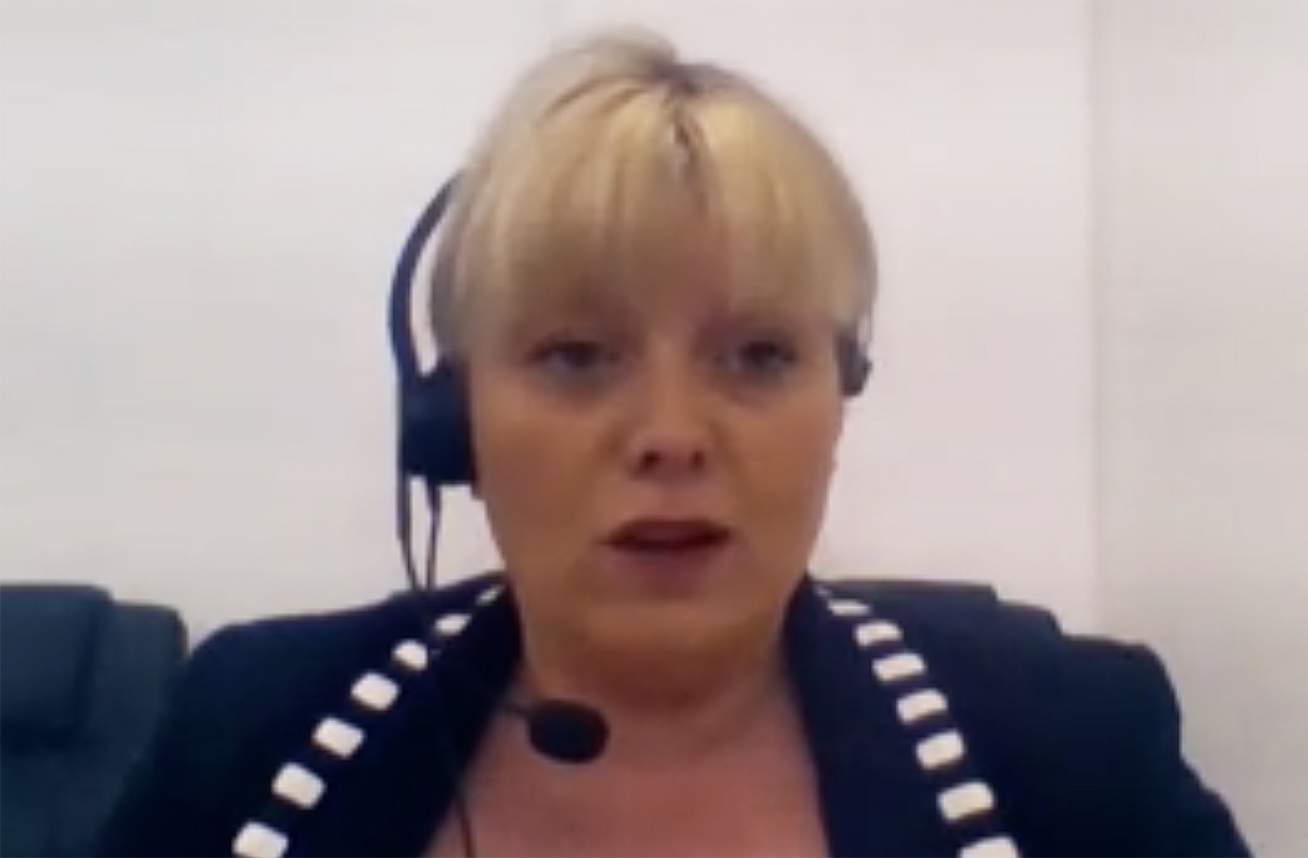 This subject, if not this contract, is currently being contested by the Good Law Project – a non-profit organisation that is challenging the DHSC’s use of a ‘VIP’ lane for suppliers with connections to ministers, MPs or officials.

As cited by Labour MP Zara Sultana in her questions to former Downing Street chief aide Dominic Cummings last week, Byline Times and The Citizens have revealed that £3 billion in COVID-19 contracts have been awarded to donors and associates of the Conservative Party and Government during the Coronavirus pandemic.

It is not known whether CH&L was processed through the VIP lane, but the ongoing Good Law Project case has highlighted similar stories of firms with limited assets being awarded PPE deals worth tens of millions of pounds.

One company channelled through the VIP route, for example, owned assets of some £18,000 yet was awarded contracts worth £340 million, according to the Good Law Project’s skeleton argument. This agreement was “extremely risky”, the Good Law Project claims, pointing out that the DHSC performed no financial due diligence on the firm before the accounting officer approved the contracts.

The Government “called upon resources from across the Civil Service and beyond in order to respond to a crisis the like of which has not been experienced in a generation”, the DHSC’s skeleton argument said, in response.

“The outcome was the development of a process which was inevitably multifaceted, evolving and imperfect, but one which nonetheless lawfully achieved the objective of working effectively and efficiently to secure the PPE which the country desperately needed.”