Belarusian President Alexander Lukashenko keeps suppressing any Western-backed opposition. After arresting and expelling from the country all key opposition leaders, he reportedly ordered his military to scramble a Mig-29 fighter to escort the Ryanair plane, flying from Athens to Vilnius, and force it to land in Minsk, which resulted in the arrest of Roman Protasevich – a prominent Belarusian dissident.

In the eastern European nation’s capital, Protasevich, who is a co-founder of the Poland-based Nexta Telegram channel, faces charges of causing mass unrest, an offence punishable by up to 15 years in jail.

“I continue cooperating with investigators and am confessing to having organised mass unrest in the city of Minsk,” he said in a short video published by pro-Government channels.

It is believed that Protasevich was forced to say he was “plotting riots”. Some dark markings are visible on his forehead, which suggests that he might have been beaten. Although Western officials have called for his immediate release, such an action will unlikely take place. From the perspective of the Belarusian security apparatus, Protasevich is too important since he is playing a significant role in the media team of the Belarusian exiled opposition, based mostly in Poland and Lithuania.

After Lukashenko, with Russia’s help, managed to consolidate his power and prevent a potential regime change following the mass-protests in the summer and autumn of 2020, he is now focusing on the opposition’s media infrastructure. Days before Protasevich’s arrest, Belarusian authorities blocked access to the most popular news site in the country, Tut.By, and later in the week anti-Lukashenko activist Vitold Ashurak died in prison.

Shortly after the Belarusian authorities imprisoned Roman Protasevich, the country’s leader signed a law that will allow the Ministry of Information to shut down media outlets without a court decision. It will also be illegal to fundraise to pay off penalty fines and to publish unapproved opinion poll data.

In addition, the law reportedly allows regional prosecutors to block websites with “extremist content”, and forbids links to “banned” content. In other words, the Government will now have a free hand to shut down any media that is “harmful to the national interests of Belarus”. For instance, if a media channel films or live streams an unauthorised rally, it risks being permanently closed by the authorities – that will also have the power to shut down the internet during unsanctioned protests.

For the Western-backed opposition, it will be practically impossible to organise and stage rallies. At the same time, Belarus will be more isolated than ever before. Following the arrest of the anti-Lukashenko blogger, the European Union and the United Kingdom have imposed an “air embargo” on Minsk, effectively banning all Belarusian airlines from using the EU and UK airspace and airports.

If Minsk responds symmetrically, the EU and the UK airlines will no longer be flying to the eastern European country. As a result of such actions, Russia – Lukashenko’s major ally – could benefit, since all flights to Belarus are expected to go via Russian airports, especially after neighbouring Ukraine joined the European air sanctions on Minsk.

Indeed, Russia, as the main sponsor of the Belarusian President, has all the reasons to back its ally. Not so long ago, Minsk had started transiting its oil products through Russian seaports, after having withdrawn from the more profitable ports in the Baltic states, notably in Lithuania.

New Western sanctions will likely push Belarus even deeper into the Russian geopolitical orbit. The country may have to agree on hosting another Russian military facility, and also to accept Moscow’s terms and conditions regarding the integration into the Russia-Belarus Union State. Thus, it is not surprising that Margarita Simonyan, the editor-in-chief of the English-language television news network RT, openly praised Lukashenko for forcing down the Ryanair plane and the arrest of the dissident.

“I never thought that I would envy Belarus for anything. But now I’ve managed to envy it. Lukashenko performed beautifully”, Simonyan wrote on Twitter. 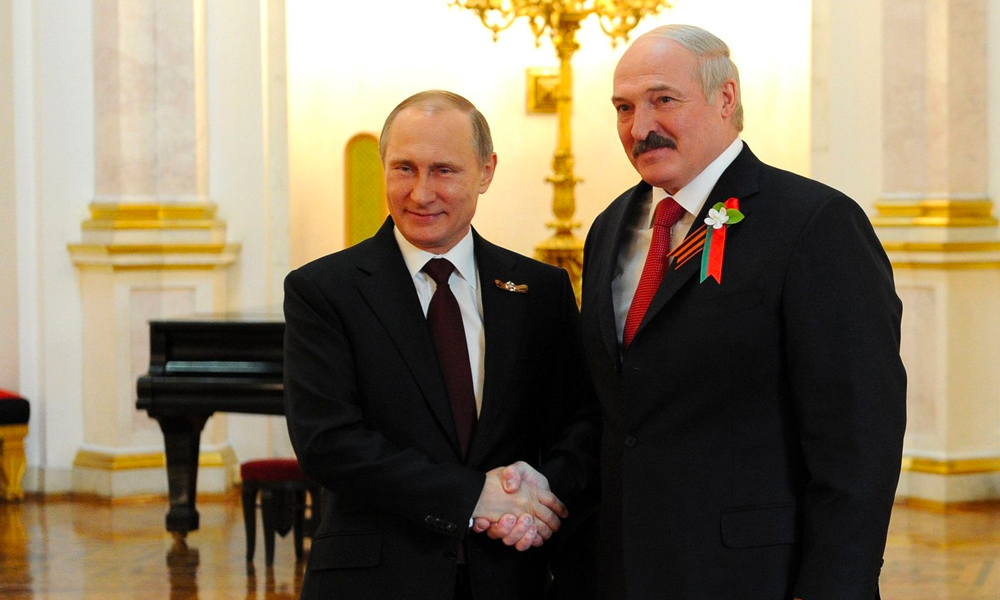 Western officials, on the other hand, accuse Moscow of assisting Lukashenko in “hijacking the plane”, and threaten to suspend construction of the Nord Stream 2 Russia-to-Germany natural gas pipeline.

Tom Tugendhat, a Conservative Party MP and chair of the Foreign Affairs Committee in Westminster, even said that the Yamal gas pipeline must be frozen. Given that Yamal, passing through Belarus, is an existing pipeline that provides natural gas to Germany, it is not very probable that Berlin will agree to shoot itself in the foot. Still, in the foreseeable future, both Moscow and Minsk can expect to face new packages of sanctions.

Indeed, a new Cold War between Russia and the West has begun, and Roman Protasevich is one of its numerous victims. Belarus is a pawn in this game, and its fate will depend on the wider geopolitical deals that the US and Russia could make after the planned summit between the Russian President Vladimir Putin and his American counterpart Joe Biden. In the meantime, tensions in and around Belarus are expected to grow.