The Singh investigation reveals that comments made by the Prime Minister gave an impression of insensitivity towards the Muslim community, Sian Norris reports

The independent Singh Investigation found anti-Muslim sentiment at local association and individual levels. Its report featured a range of case studies, including complaints made against Prime Minister Boris Johnson following a 2018 Telegraph article where he referred to women wearing burqas as “letterboxes.”

The report found that this and other high profile cases “gave an impression to some of a Party and leadership insensitive to Muslim communities.”

The authors identified that the Party’s complaints system was in need of an overhaul, with the ways in which complaints are dealt with falling short of Equalities and Human Rights Commission standards.

All Types of Prejudice

During a televised leadership debate in 2019, former Chancellor Sajid Javid challenged the winning candidate to conduct an independent investigation into Islamophobia in the Conservative Party.

By November 2019, it was confirmed that the investigation would not solely focus on Islamophobia but on “all types of prejudice”. The decision was called a “spectacular betrayal” by Conservative peer Baroness Warsi, who later provided the Investigation with the names of 30 individuals who had been involved in the complaints process. Health Secretary Matt Hancock told BBC Radio 4 that others “take a more balanced view to Islamophobia” than Baroness Warsi, who responded to say he was “whitesplaining” anti-Muslim abuse.

The report said it did not find evidence for Baroness Warsi’s claims that the Conservative Party is “institutionally racist and Islamophobic.”

Its findings revealed that 68% of all incidents relating to Protected Characteristics recorded in the Conservative Party’s complaints database cited anti-Muslim discrimination, making it the most widespread form of alleged prejudice. The majority of incidents took place on social media.

A 2019 YouGov poll commissioned by Channel 4’s Dispatches programme looking at attitudes towards Islam from Conservative Party members found that “56% said Islam threatened British values” while 60% think that “Islam is generally a threat to Western civilisation”. Then Conservative-chair Brandon Lewis disputed the findings as “hardly representative.”

The anti-racism charity Hope Not Hate also submitted the results of its own survey into Party members’ views on Islam, and included 40 cases of Conservative Councillors, MPs and activists accused anti-Muslim acts.

The investigation looked at complaints made against Prime Minister Boris Johnson following a 2018 newspaper article where he said women wearing burqas resembled “letterboxes.” The Prime Minister defended his comments as “an honest defence of a woman’s right to wear what she chooses.”

Fiyaz Mughal from the charity Tell MAMA, which supports victims of anti-Muslim hate, told the report authors that Boris Johnson’s comments led to a “large increase in anti-Muslim events” reported to the organisation.

The report authors offered Johnson the opportunity to “apologise for his past remarks”. He responded “I do know that offence has been taken at things I’ve said, that people expect a person in my position to get things right, but in journalism you need to use language freely. I am obviously sorry for any offence taken.” He added there should be more women and diversity in the Cabinet which currently has five women out of 27 attendees. All but four attendees are white.

Many interviewees found Johnson’s language to be discriminatory. “The leadership of the Conservative Party ought to set a good example for appropriate behaviours and language as a guide for the rest of the Party,” concluded the investigation.

The report also investigated allegations of Islamophobia in Lord Goldsmith’s 2016 Mayoral race. Goldsmith told the report authors that his campaign was “derailed” by accusations of racism and said “legitimate questions” about Sadiq Khan were “reframed” by Labour activists.

Goldsmith’s campaign was branded as “disgusting” and “risible” by Mohammed Amin, the chair of the Conservative Muslim Forum, for portraying Sadiq Khan as a “closet extremist.”

A Daily Mail headline for an article written by Goldsmith in the run-up to the vote said Khan “thinks terrorists are friends”. The editors wrote the headline. Goldsmith also targeted Indian voters, saying a vote for Khan would put their family heirlooms at risk. The authors conclude that Goldsmith “accepts poor judgement in the way his campaign was conducted but forcefully denies harbouring anti-Muslim sentiments or using such sentiment for political advantage.”

It adds that: “The Party should consider introducing a system for rapid rebuttal of allegations relating to Protected Characteristics if allegations are genuinely unfounded. At the very least, there ought to be immediate clarification of its position or its candidates’ position on matters relating to religion or race if it is felt their position is being misconstrued, whether deliberately or otherwise.”

The Singh investigation confirms that the Conservative Party’s complaints system is “in need of an overhaul” and falls short of the best practice recommended by the Equalities and Human Rights Commission.

Two cases examined by the report highlighted “a lack of empathy” in the handling of complaints.

It points to a lack of transparency, with “no clear decision-making process as to how complaints should progress” and “no clear guidelines on which behaviours would attract which sanctions.” Complaints could also take a long time to be resolved.

Shortcomings in handling complaints included poor communication, poor record keeping including in noting whether an apology had been issued or if the accused had completed diversity training, and inconsistency in decision-making. Some complainants were never even informed of “why a particular decision was reached.”

The report authors recommend that within the next six weeks, the Conservative Party publish a plan laying out how it and its leadership aim to tackle its failings highlighted, while referencing the report’s recommendations. The Conservative Party should also “review its investigations into the cases included in this report where the investigation has found that the complaints process has fallen short” within the next six weeks.

Nafeez Ahmed, 1 June 2021
Nafeez Ahmed on the lobbying connections of the only two ministers to have met in private with the Israeli Prime Minister 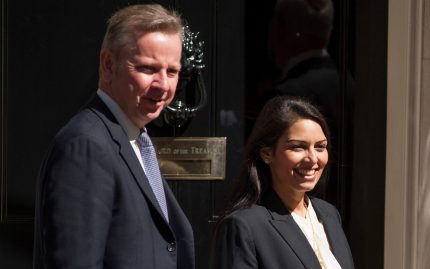 A Very British Trump – A Leader Captured by Media 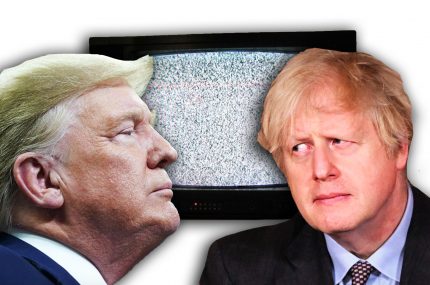 EXCLUSIVE The Charmed Life and Strange, Sad Death of the Quilliam Foundation 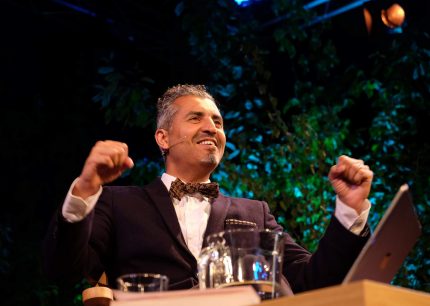