Gunboats patrolling Jersey’s waters was avoidable, yet the fracas with France is one of many Brexit-related issues plaguing the fishing industry, David Hencke and Sian Norris report

Now, letters between peers and Lord Chancellor Robert Buckland reveal that this display of gunboat diplomacy between the British and French could have been avoided. The letters show how the UK failed to make use of a four month transitional period to hammer out a deal, instead leaving it to the last minute.

When the UK was a member of the EU, access to Jersey waters was decided by France under the Granville Bay agreement, known as BoGA.

This changed after Brexit, when decisions on fishing licences were devolved to Jersey. A transitional period that ended on 30 April 2021 was agreed to allow the French to issue licences to vessels that had to prove they had fished in Jersey’s waters between 2017 and 2020. However, many are claiming that additional and unexpected requirements for a fishing licence have been added without notice – prompting the blockade.

Head of Jersey’s largest oyster farmer, Chris Le Masurier, said the additional requirements related to what kind of fish and shellfish the French fleets are allowed to catch. Speaking to the Jersey Evening Post, he explained that a fisherman “in Carteret who fishes for scallops, whelks and lobster has only been given a licence for whelks. He has now got 720 lobster pots that are going to have to be taken away.” 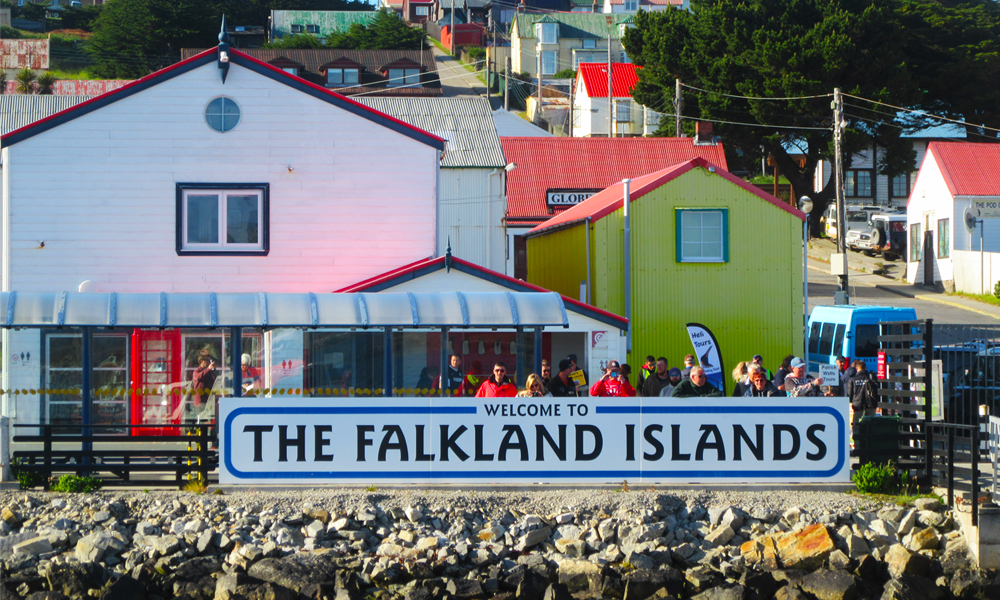 Letters between Lord Charles Hay of Kinnoull, the chair of the House of Lords EU Committee, and Buckland show that the issue of fishing licences for Jersey’s waters was first raised as early as 3 February.

Lord Kinnoull’s letter asked Buckland, “what is the rationale behind the differential arrangements for the Bailiwicks of Guernsey and Jersey, as opposed to the Isle of Man, in relation to notification periods for landing of fish, customs and VAT co-operation?”

“Given that Article FISH.19 states that the Agreement supersedes and replaces existing agreements or arrangements, what mechanisms have been put in place, and what support are you offering to the Crown Dependencies, to ensure a smooth transition from previous arrangements to the new ones?” Kinnoull continued. “How do the new arrangements compare to the operation of the Granville Bay Agreement between Jersey and France, and what practical changes will be felt?”

Having cited the four month transition period, Buckland responded: “Article FISH.11 provides for the application of notification times for the direct landings of fish and the validated catch certificate for the direct movement of consignments of fisheries products by sea for the Channel Islands into the EU.”

“Ministers of the French Government have publicly expressed concerns about the agreed fisheries terms,” he continued. “UK Government officials remain in close dialogue with Jersey and counterparts in France and the EU Commission to ensure the efficient implementation of licensing and management arrangements negotiated and agreed by the UK and the EU,” Buckland added.

Lord Kinnoull later wrote asking Buckland to keep his committee informed on any developments. Such correspondence was not forthcoming.

“The specialised committees and dispute mechanisms set up under the trade agreement should have been motoring to handle this,” Lord Kinnoull explained. “But because neither side would do anything until the EU Parliament ratified the agreement, there was no dispute mechanism. Instead we had megaphone diplomacy with more warships circling round St Helier than have been seen for years rather than it going to a specialised committee to sort this out.”

“This will not be the only issue that will need these committees to resolve,” he added.

The Jersey deal has been controversial on both sides of the Channel. Back when the trade deal between the UK and EU was signed in December, Jersey Fishermen’s Association Don Thompson told ITV News that the deal represented “sovereignty with both hands tied behind our backs.”

But failure to secure sovereignty is not the only broken Brexit promise to fishing fleets across the UK. As radio presenter James O’Brien tweeted, “sending gunboats to growl at French trawlers while completely ignoring the catastrophic impact of his Brexit on swathes of the UK fishing industry sums things up perfectly.”

One impact has been additional barriers to the smooth movement of goods. Writing for Byline Times earlier this year, eighth generation oysterman Tom Haward described how Brexit has led to additional paperwork and obstacles – all of which come at a cost that “will most likely kill our customer base.”

The costs of added paperwork, estimated to be between £250,000 to £500,000 a year, “will have to be transferred to the customer – creating the serious risk that we will lose their custom,” Haward wrote. “How can we compete with Danish, French or Irish oysters that can be delivered without customs costs and complex procedures?”

“Our business has in fact lost control over the export of oysters to the EU,” he added.

Salmon producers in Scotland have claimed that in the first week of January alone, the sector lost up to £3 million as Brexit red tape failed to deliver a smooth movement of goods out of the UK and into mainland Europe. Across the board, the Scottish fishing industry estimated it was losing £1 million every day.

UK fishing fleets have also been let down by the failure to secure a post-Brexit deal with Norway over access to Atlantic cod. The rollback of fishing access means “there will be no British-caught Arctic cod sold through chippies for our national dish,” said UK Fisheries CEO Jane Sandell. “It will all be imported from the Norwegians, who will continue to sell their fish products tariff-free while we are excluded from those waters.”

Brexit also triggered a ban on live exports of British shellfish to the EU, leaving some producers without work for weeks at a time. Fishermen had been told they would need new paperwork for live shellfish exports – but the forms never materialised and rules on purification meant their catch was left to rot. This ban will reportedly be resolved soon.

Now, even as the French boats head back to les havres, the Brexit woes of the British fishing industry are set to continue.