A firm founded and owned by Lord David Brownlow, the man who reportedly helped to fund Boris Johnson’s Downing Street flat renovation, has been allowed access to public sector contracts worth up to £120 million in recent years.

Although the source of funding for the Prime Minister’s upgrade in furnishings at No. 11 Downing Street is unclear, reports over recent days suggest that Johnson received a loan from the Conservative Party to pay the up-front costs. Estimates for the total outlay, above and beyond the £30,000 annual allowance that can be claimed from the public purse for such work, range from anywhere between £58,000 and £200,000.

It is believed that the loan was funded, at least in part, by Conservative peer and former party vice-chair Lord Brownlow. In correspondence leaked to the Daily Mail, Brownlow indicated that the financing arrangement would be made via a charitable ‘Downing Street Trust’ – of which he expected to be appointed chair. However, it does not appear as though any such organisation has been set up, and Johnson has not yet declared the loan in his register of interests.

The Electoral Commission, which regulates political donations and spending, has subsequently launched an investigation after. It said today: “We are now satisfied that there are reasonable grounds to suspect that an offence or offences may have occurred. We will therefore continue this work as a formal investigation to establish whether this is the case.”

One of Lord Brownlow’s companies – business support firm Huntswood CTC – has been involved in public sector contracts in recent years. Huntswood was included in a framework agreement worth up to £120 million, signed in August 2016, for the provision of “skilled person reports” to the Financial Conduct Authority (FCA).

After a competitive tendering process, Huntswood and 36 other suppliers were allowed the opportunity to bid for ‘lots’ of work under this framework agreement, which ended in March this year – though the total value of contracts won by the firm is unknown. The FCA is an independent public sector body that regulates financial firms.

Huntswood was also awarded a contract worth up to £60,000 to conduct a complaints handling review on behalf of the Student Loans Company in December 2017.

Lord Brownlow, ranked as the 521st richest person in the UK with an estimated fortune of £271 million, has been a prolific Conservative Party donor in recent years – reportedly having donated as much as £3 million. He has also helped out multiple Prime Ministers and their families over this time period.

In 2018, the entrepreneur was one of several individuals who invested £2.5 million in a fashion business owned by Samantha Cameron, David Cameron’s wife. “I am joining the company in part because I like the management team,” he told The Times at the time. “I thought they were very energetic and enthusiastic. I like the creative direction of the business. I am joining because it’s a business I like and I want to help it grow.” Samantha Cameron founded the firm in 2016 and, in its first year, it lost £560,000.

Lord Brownlow has also donated extensively to the local constituency of former Prime Minister and current Maidenhead MP Theresa May. From the beginning of 2016 to April 2020, he gave £104,000 to May’s local party.

He sat as vice-chair of the Conservative Party from July 2017 to July 2020, and was nominated for a peerage by May in her resignation honours list, introduced to the House of Lords in October 2019.

There is no suggestion that Lord Brownlow or Huntswood CTC are unsuitable public sector suppliers or that they sought to use their political influence to obtain the contracts. 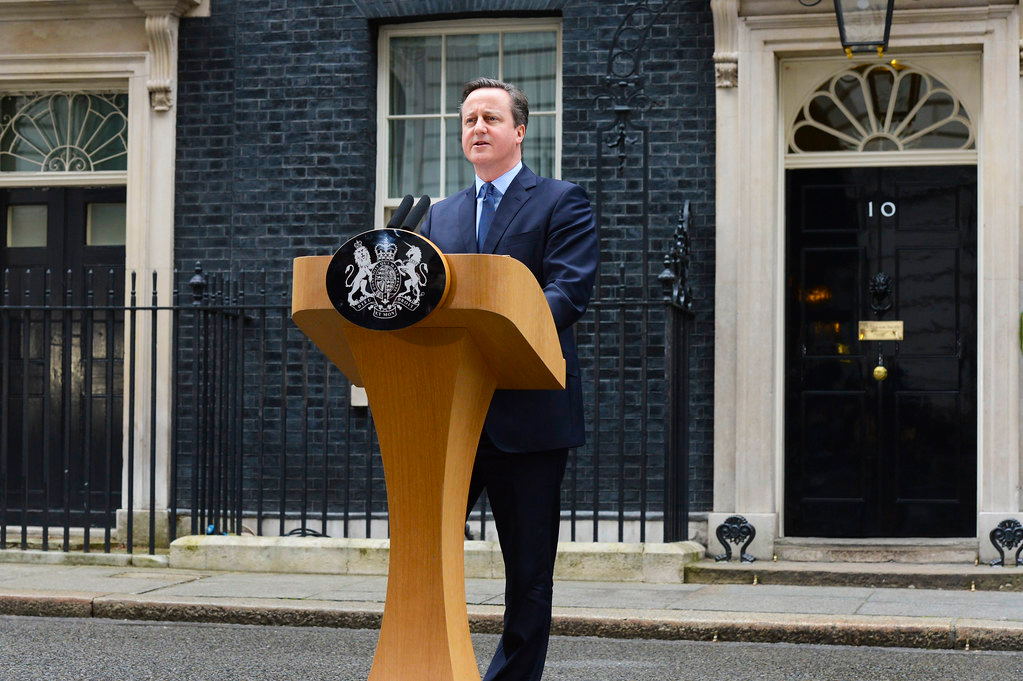 Rather, there is an ongoing public interest discussion about whether firms with close ties to the governing party should be restricted from winning public sector contracts, or whether there should be a more robust, public system for recording the potential conflicts of interests that arise in the awarding of Government contracts.

While the Ministerial Code stipulates that ministers should avoid both real and reasonably perceived conflicts of interest, the Government has awarded contracts worth £3 billion to firms with close links to the Conservative Party during the Coronavirus pandemic.

Meanwhile, the ongoing lobbying scandal involving Greensill Capital and former Prime Minister David Cameron has exposed the inadequacy of current systems that record and regulate firms and individuals that exert influence on politicians. Cameron, for example, was not required to be listed on the register of lobbyists, despite touting Greensill’s services to senior ministers.

Lord Brownlow has adhered to the rules by publicly listing his association with Huntswood on his register of interests. However, when releasing details of contracts on its public portal, the Government is not required to declare any real or perceived conflicts of interests. In the interests of transparency, this is an area that surely requires reform.

Huntswood did not respond to Byline Times’ request for comment.