Examining key appointments to Ofcom, the BBC and the Prevent review, Hamza Ali Shah argues that the Government appears to be more intent on rewarding intolerance to Muslims than investigating it

Prince Harry and Meghan Markle’s bombshell interview once again brought the issue of racism to the fore in Britain. The revelation from the Duchess of Sussex that there was concern within the Royal Family about her unborn baby’s skin tone was striking. It was perhaps fitting that the Prime Minister steered clear of commenting on the storm, considering that he himself heads a party with an intrinsic racism problem.

A decade on, the problem persists.

In a BBC debate during the 2019 Conservative Party leadership contest, the then Home Secretary Sajid Javid secured a commitment from all of his fellow candidates – including Boris Johnson – to an independent investigation into Islamophobia in the party. Considering that the eventual winner had previously claimed that “Islam is the problem”, it was a welcome move and an admirable attempt to secure the trust of an understandably wary British Muslim community.

The culture of Islamophobia in the Conservative Party is irrefutable. Hope Not Hate’s recent report uncovered that 57% of Conservative Party members had a negative attitude towards Islam. Of those who backed Johnson in the 2019 leadership election, 66% believe that there are no-go areas in Britain where Sharia Law dominates.

But Islamophobia is not confined to politics. Contrary to claims initially made by the Society of Editors in response to the Duke of Duchess of Sussex’s interview, that the UK media is not bigoted, the reality is that the British press is profoundly intolerant and Muslims are usually first in the firing line.

In a quarterly report by the Muslim Council of Britain’s Centre for Media Monitoring, which assessed articles in the press from October to December 2018, the Mail on Sunday ranked joint-highest – with 78% of its articles portraying Muslims or Islam negatively.

Rizwana Hamid, the centre’s director and the report’s co-editor, warned that the “misrepresentation and othering” of Muslims is “deep-seated in the media”.

Yet, Paul Dacre, the former editor of the Daily Mail for 20 years and now editor-in-chief of its publisher, the Daily Mail Group, is being considered as the head of Ofcom – the UK’s statutory regulator of broadcasting which is responsible for upholding journalistic standards.

Dacre sanctioned innumerable reprehensive cartoons and headlines that engaged in hateful anti-Muslim scaremongering and deployed damaging stereotypes. Under his leadership, the Daily Mail regularly topped the list for the most sanctioned title by the press regulator IPSO.

It is therefore a mystifying proposition that someone with such a nonchalant approach towards journalistic standards could be responsible for regulating them.

Hamid has warned that rewarding figures who have either turned a blind eye or historically stoked the fire of Islamophobia is setting an “extremely dangerous precedent”.

She referenced the spike in anti-Muslim attacks in 2019 after Johnson wrote a Telegraph column referring to veiled Muslim women as “letterboxes” and “bank robbers” as an example of what happens when Islamophobia is legitimised by public figures, politicians and journalists.

“The Government would be failing to protect the Muslim community should it populate media organisations and other public institutions with figures who are partisan, are on the record holding controversial and Islamophobic views and have supported or funded organisations that are part of the Islamophobia industry”, she said.

10 ReasonsWhy Paul DacreIs Unfit to Be The New Ofcom Chair

Sharp and the BBC

But elevating figures with such tendencies seems to be a wider trend throughout the media landscape.

At the end of last year, a fierce debate raged about who should replace Sir David Clementi as Chairman of the BBC. Charles Moore’s name frequently surfaced, until he ruled himself out in October for personal reasons.

The ex-editor of both the Daily and Sunday Telegraph was widely considered to be Johnson’s favoured candidate for the job even though Moore had previously opined that Islamophobia is a construction invented to make money and also argued that a law against Islamophobia would be a terrible idea.

Richard Sharp, who eventually did get the role, has donated more than £400,000 to the Conservatives, but it is his other endeavours which call for attention. 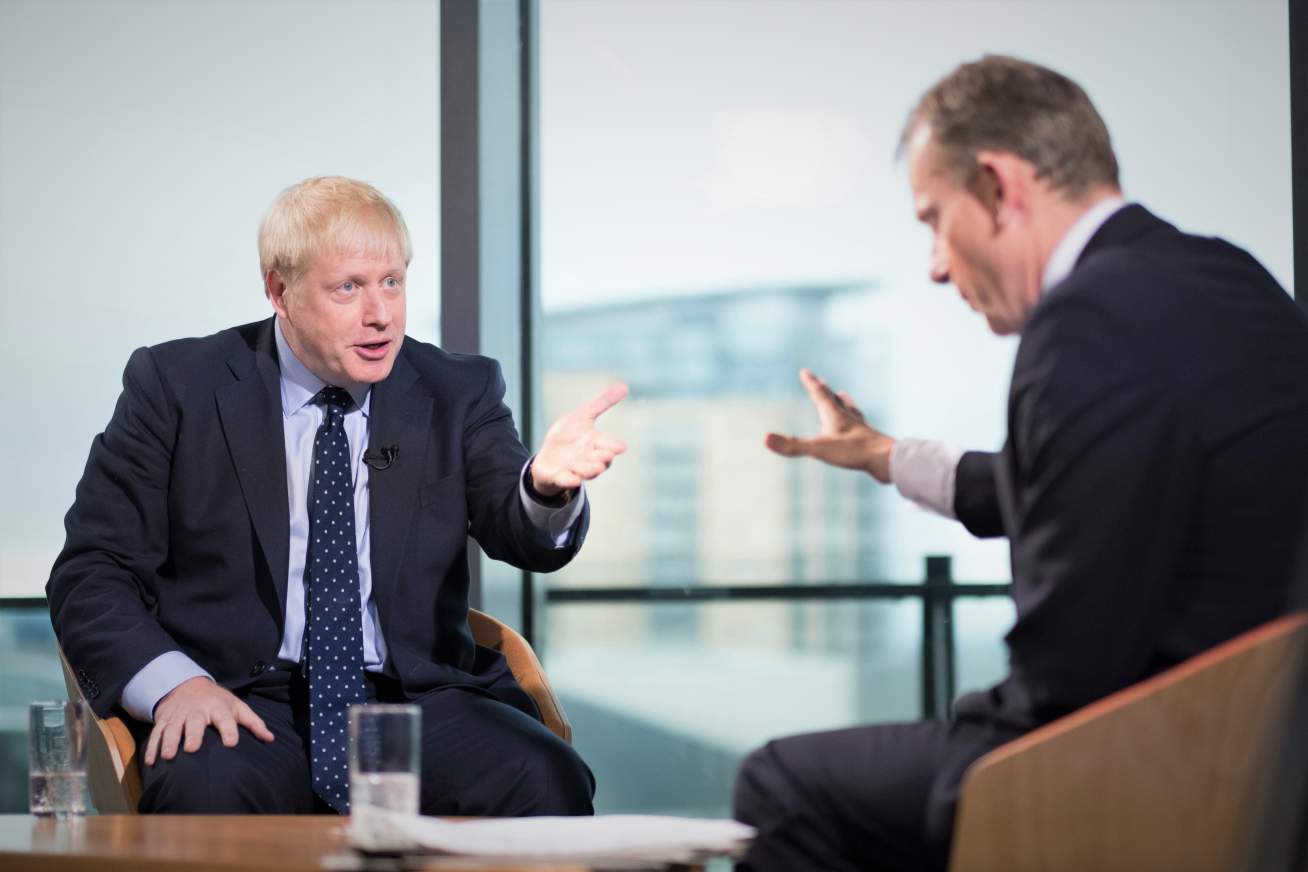 Sharp has made two separate sizeable donations to the Quilliam Foundation, the supposed “first counter-extremism organisation” in the world. The foundation released a report in 2017 claiming that 84% of ‘grooming gangs’ offenders are Asian, the majority of “Pakistani origin with Muslim heritage”. This was instantly seized upon by the Telegraph, The Times and even liberal media outlets such as The Independent, which quoted one of the author’s call for a debate on the matter “because the problem won’t go away”.

The concept of Muslim grooming gangs has become a defining feature in the British right-wing media and framings of the debate are often sensationalist and wildly stereotypical. That the Quilliam Foundation seemingly played a part in producing ‘research’ that legitimised such sentiments is perturbing.

Academic researchers fiercely criticised the report, with Ella Cockbain, an expert on child sexual exploitation, calling it a “case a study in bad science” overflowing with “gross generalisations”. To compound matters, a recent Home Office report dispelled the myth of Asian grooming gangs and instead concluded that most child sexual abuse gangs consist of white men.

When asked about his support for Quilliam, Sharp stated that he was “impressed” by Maajid Nawaz, its founding chairman, and the work he does to “combat radicalism”.

The BBC has also come under intense scrutiny, particularly after its recent interview with the Muslim Council of Britain’s first female secretary-general – which was less a curious questioning and more of a hostile interrogation with subtle Islamophobic undertones.

If there are already mounting concerns regarding the BBC’s approach to the Muslim community, there is unlikely to be a great deal of optimism that anything will change under Sharp’s supervision. 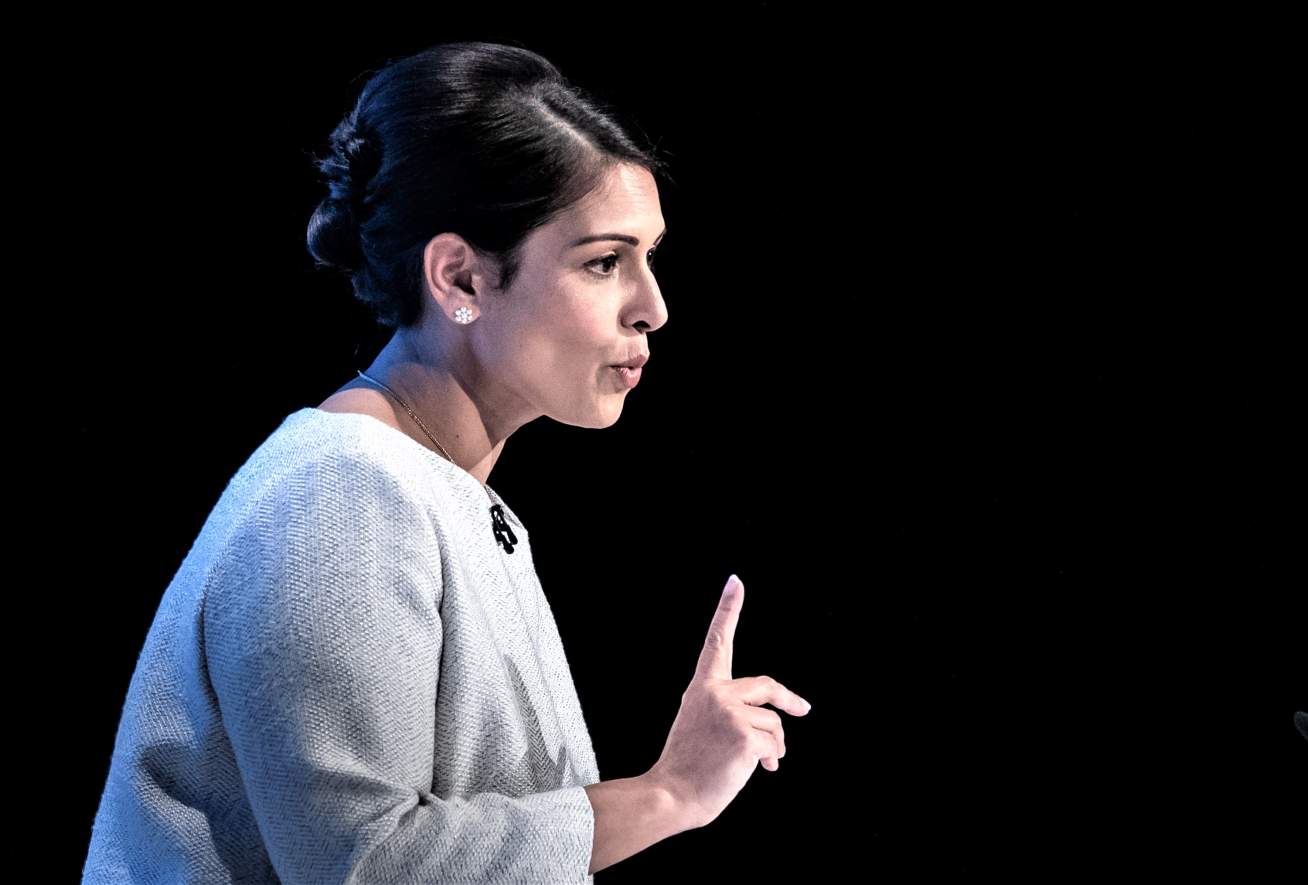 Dominating the Mediasphere and the EHRC

Tim Walker, a former Telegraph writer, has previously expressed how the British media has become a lot less tolerant and more aggressive, which often leaves Muslims under an inhospitable, watchful gaze.

He suggests that the appointment of figures who have contributed to the volatile landscape is a symptom of the Government’s quest to “pack every space with individuals who operate on the same wavelength across Britain’s institutions”.

David Isaac, former head of the Equalities and Human Rights Commission (EHRC), recently said that the equalities watchdog was under pressure to support the Government’s misguided agenda, which risks compromising its independence.

Isaac’s comments appear to hold weight when the EHRC’s conduct is examined. Despite countless calls for an investigation into Conservative Islamophobia – including a Muslim Council of Britain dossier with the evidence of more than 300 individuals and a letter signed by over 100 mosques – last May, the EHRC abandoned its plans for an inquiry.

When Isaac’s successor, Baroness Kishwer Falkner, was revealed as the body’s new chair in December, a familiar pattern emerged. She had hosted a number of parliamentary events on behalf of the Henry Jackson Society, a think-tank that has long been accused of agitating Islamophobia and has described public anti-Muslim attitudes as “understandable”.

Ostensibly, for as long as this Government remains in power, there appears to be more reward than risk when it comes to promoting Islamophobic views.

Then there is the appointment of William Shawcross to lead an independent review into Prevent, the Government’s controversial counter-extremism strategy – which has received widespread criticism for not only being ineffective but also for reinforcing Islamophobic stereotypes.

Shawcross has previously warned of a “vast fifth column” of Muslims in Europe who “wish to destroy us”, and has also declared “Islamism a huge threat to Muslim society and therefore to our society”.

Taj Ali, a former ethnic minorities officer at Warwick University and co-host of the Peoples Podcast, has campaigned against Prevent since 2016. He witnessed first-hand how the policy led to the criminalisation of the Muslim community and the suppression of free expression and recalls how a friend was interrogated by police on his doorstep for wearing a Palestine badge in school.

He believes that the appointment of Shawcross is a divisive one and representative of the wider pushback against Islamophobia.

“The predicament for Muslims will not improve if, even when measures are taken to address the concerns of the community, they are supervised by figures with a malicious approach to Muslims,” he said. “That is a recipe for a total erosion of trust of the Muslim community.” 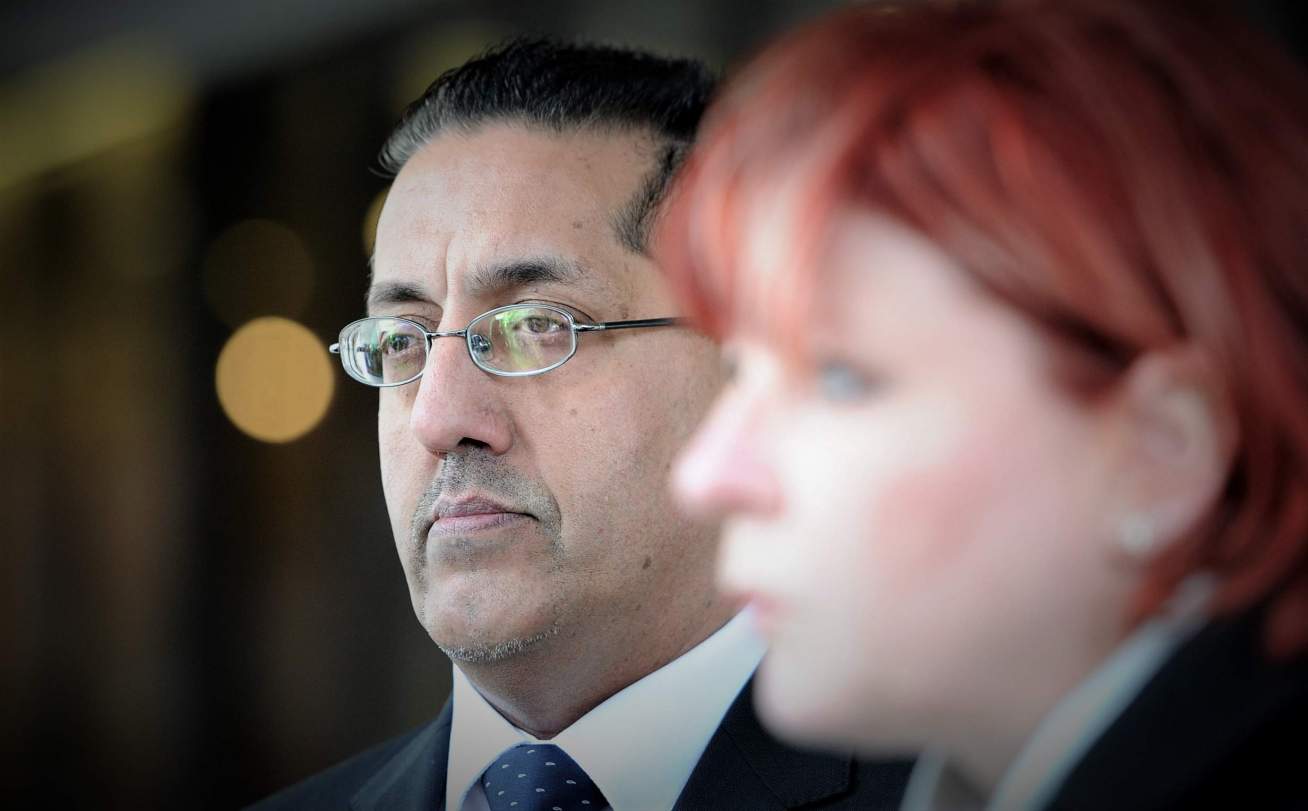 There is seemingly no intention to properly address the uneasiness felt by Muslims at the appointment. Whether it is political opportunism designed to please the Conservative base or a flagrant attempt at disqualifying Muslim voices, the denial of Islamophobia is alarming.

In the year ending March 2020, where the perceived religion of the victim was recorded, Government statistics showed that 50% of religious hate crimes were targeted against Muslims. Life is already arduous for Muslims in Britain. The last thing needed is an intensifying of Islamophobic culture in Britain’s institutions.

This also has implications relating to the broader struggle against racism. A spokesperson for the Institute of Race Relations said that the Government’s actions are, in part, building on the old Enoch Powell narrative portraying aggressive minorities out to “overawe and dominate” the rest of the population.

“The structural denial of Islamophobia and institutional racism, alongside inflammatory rhetoric from Government ministers, is designed to push back and suppress Muslim and black engagement, as well as anti-racist work generally,” they said.

Instead of investigating the Islamophobic culture within its own party, the Government is content on emulating it across the entire British establishment.