Former Goldman Sachs financier Ed Knight, now a partner at investment company Antler, put it this way recently in AltFi: “Already underway for some time, the death of cash has been expedited by COVID-19, primarily due to its acquired status as a transmitter of disease. The share prices of payments businesses have reflected this bonanza with PayPal alone worth close to the market capitalisation of the entire European banking sector.”

So if cash is kaput, long live… what, exactly?

The first part of the answer is banal enough and exactly what you’d expect if your retail experience these past few months is anything like mine – plastic of the credit and debit variety.

“There has been significant interest and growth in regards to contactless card usage”, alongside a huge uplift in online shopping, according to a recent study cited in The Payments Journal.

The second part of the answer is that cryptocurrency may be the new money, set to replace the old – but that depends, at least in part, on your tolerance for hype.

Bitcoin, the inescapably prominent cryptocurrency, has become the digital equivalent of a World War Two American GI following a series of high-profile endorsements of the currency as a tradable asset by widely disparate enthusiasts. Bitcoin is over-sexed, overpaid and over here.

Least flamboyant, but probably most significant amongst these Bitcoin champions, is PayPal, which announced in late December that account holders in the US “will be able to buy, hold, and sell cryptocurrencies, including Bitcoin, Ethereum, Bitcoin Cash, and Litecoin, within the PayPal digital wallet”.

While the acceptance of these currencies as tradable assets has benefited PayPal’s business and the currencies themselves, there has been sharp criticism of PayPal’s attempts to control the way in which trading is conducted – only allowing users to purchase cryptocurrencies on the PayPal platform and refusing to accept the transfer of holdings of digital wallets to the PayPal system. Indeed, this is seen as fundamentally incompatible with the ethos of cryptoland.

Peter Smith, CEO of Blockchain.com, recently told The Fintech Times: “PayPal’s decision is highly centralised and inflexible… Crypto is about financial freedom. It’s modern money that anyone anywhere can truly control. While we’re excited to see a new audience gain access, a non-custodial approach limits opportunity to self-custody your crypto or transact freely.” 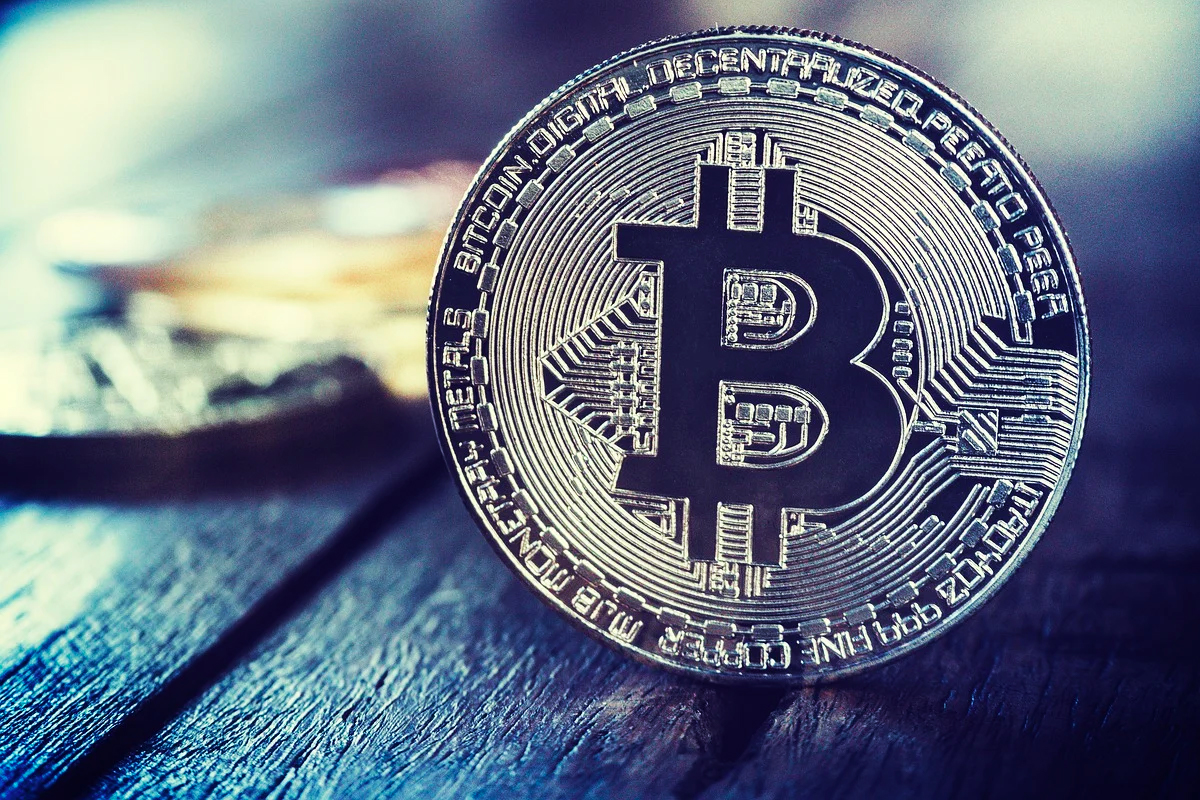 The Bitcoin BoomThreatening the Financial Mainstream

Then we enter territory where financial sense meets – and here I’m being charitable – out-and-out showmanship.

Elon Musk, entrepreneur and founder of car manufacturer Tesla, had been censured by US regulatory authorities for his tweets about Tesla’s share price. Then came news of one of the most extraordinary Treasury-management decisions of recent times, with a huge commitment of spare cash to Bitcoin, the value of which “jumped nearly 50% in the weeks after Tesla revealed it had purchased $1.5 billion of the currency and planned to accept it as payment”, as the BBC reported in late February.

What followed was a typical set of wild fluctuations – as both Tesla stock and Bitcoin’s price moved up and down like the proverbial vicar’s nightshirt.

Musk’s hype continues in an uncontrollable and hilarious manner. He had previously opined on Twitter that Dogecoin, originally conceived as a joke, was “going to the Moon”. On 24 February, he superimposed the word “Wow” on an image of a Dogecoin token, which has no value in a financial sense nor any real meaning – but people like to look at images rather than strings of code. The currency immediately rose by 25%.

Musk is clearly having fun with his huge social media following, and it is very difficult to see how financial regulators could rein him in for tweeting a one-word expostulation. Wow, indeed.

On a far less glamorous level, polemicist Nigel Farage’s latest venture, Fortune & Freedom, adopted Bitcoin as a counter-cultural investment – a way of taking control of one’s money. Farage’s timing has been good: his website began promoting Bitcoin in December, when it was trading at around the $20,000 level. How many of the site’s subscribers – understood to number 50,000, paying £199 a year – followed the commentary and bought is unclear.

The huge surge in the popularity of cryptocurrencies is an observable fact, as is the extraordinarily eclectic nature of their major supporters.

Retired Republican Senator Ron Paul, now 85, is the author of a number of papers and books, including one named End The Fed. He still speaks at seminars and cryptocurrency “unconferences” (these are just the same as conferences, but people pretend no one’s in charge). Paul is, bizarrely, well received by far-left crypto enthusiasts who share his loathing of state control.

So who is behind the onward march of the crypto, nearly 13 years on from the credit crunch and the arrival of Bitcoin and the thousands of digital currencies in its slipstream? The short answer is: idealists, ideologues and opportunists.

The original idealist is the (possibly mythical – still unidentified) Satoshi Nakamoto. Nakamoto is regarded as the ‘inventor’ of Bitcoin, launching the currency in 2008 in disgusted response to a malfunctioning financial system. The idea of a store of value not controlled by the people who had delivered us crisis after crisis was understandably appealing.

A fine statement of the essence of cryptocurrencies, according to an idealist, comes from Zihao Xu, principal at Octopus Ventures. Writing recently in AltFi, he opined: “Creating distributed digital scarcity is the fundamental premise behind why crypto is so interesting. For the first time, we’re able to ascribe real world value to digital assets without a central gatekeeper’s control (or protection). We’re effectively able to create ‘permissionless’ financial Lego bricks governed by encoded and tamper-proof incentive structures that anyone can see, scrutinise, and replicate.”

The fundament of these “tamper-proof” structures is the blockchain – defined by author and commentator David Gerard in his book Libra Shrugged: How Facebook Tried To Take Over the Money as “an append-only ledger… like an account book where you can only add new entries, not alter or remove old ones – and some mechanism to decide who adds the next entry. You can distribute copies of the ledger, and anyone receiving one can check they have a good copy. That’s it. That’s the whole thing”.

To the idealists, the blockchain is sacred. As an independent algorithm, it is a vital intellectual shift away from central control.

Local currencies in towns such as Totness and Stroud have been around for far longer than the first blockchain. They are a gesture of a separateness, an assertion of community identity, coming just after the erection of a communal tee-pee on the collective ‘to do’ list. 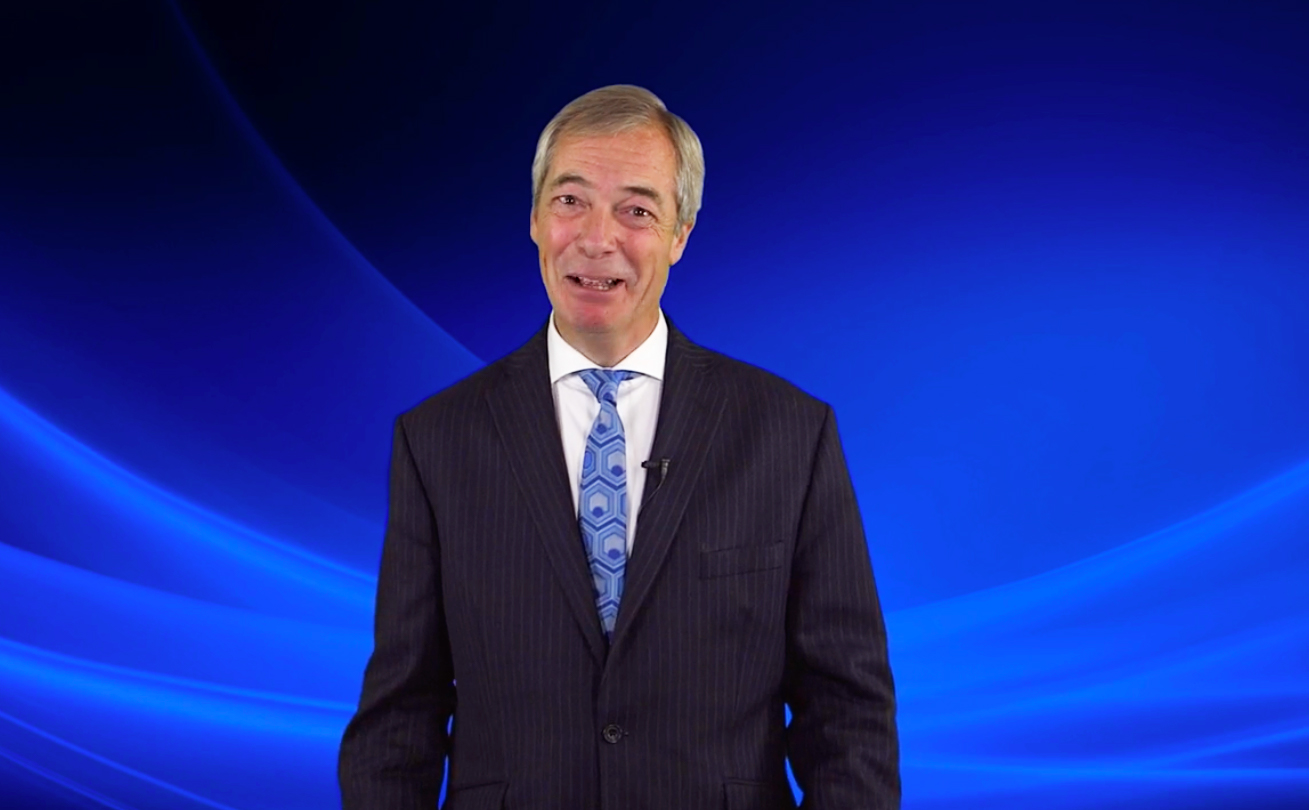 At the bottom end of the ideologues’ spectrum come the financial populists, the grifters and the outright criminals.

The selling points for these groups are, again, the otherness of cryptocurrencies and their supposed facilitation of secrecy. Bitcoin certainly acquired a bad reputation early on when it was the value-exchange token of choice for sites such as the Silk Road, through which drugs, guns and nefarious services were bought and sold.

But the secrecy of cryptos is a myth, as the aforementioned definition of the blockchain well illustrates. The audit path of a transaction may be opaque, but it is not secret.

Dave Birch, a well-known author and advisor on digital financial services, says: “If I was a Mexican narco-terrorist, I wouldn’t use Bitcoin because of the public record. The police and maybe the opposition would be able to trace the movement of money.”

Which brings us back to the beginning and the demise of cash. Birch alludes to the discovery in December that £50 billion in cash was unaccounted for. “You simply can’t have a society that operates with a completely anonymous cash system,” he adds. “The missing £50 billion – we all know it’s tax evasion and money-laundering money, and that’s part of the Bank of England’s difficulties with the cash economy.”

A further difficulty is the appetite of private, highly-secretive investors for cryptocurrencies. I have been told off-the-record that leading lobbyists have been engaged for large monthly retainers to promote a benign attitude in government to the taxation and regulation of cryptos. I have also been personally approached to represent a cryptocurrency as a ‘client’ – a commission I did not accept. For the record, I do not hold and have never held cryptocurrencies (a fact that sometimes makes me rather wistful).

It seems then that cryptocurrencies – whether or not they really are the new cash – present a ‘from the frying pan into the fire’ kind of problem for regulators and state authorities. The authorities need to audit and take tax revenues and the surge in the popularity of cryptos, driven by determined and sometimes very wealthy actors, makes the need for action urgent.

Governments are already launching their own cryptos – anathema to crypto idealists. Leading commentators such as Dave Birch note the advent of central cryptocurrencies, but argue that the future of private money will be more about asset tokens than digital dollars.