The Bitcoin BoomThreatening the Financial Mainstream

If you like things that rocket skywards, culminating in pretty, dramatic explosions, you may well be pining for Bonfire Night, still months away. But, if you’re prepared to settle for digital pyrotechnics, there’s always the comfort of the market in Bitcoin, great chieftain of the cryptocurrency race.

Currently trading close to its all-time-high of $50,000, the bellwether crypto is refusing to go away after a period in the doldrums, receiving attention and money lust from disparate sectors of society, and setting off lava flows of fear and loathing among central banks and regulators.

The data from the early days of Bitcoin’s ‘reference implementation’ – geek-speak for its launch – during the 2008 financial crisis is necessarily patchy. The market in Bitcoin back then was little more than techies doing a few bedroom-to-bedroom deals. But the slightly unreliable record shows that Bitcoin’s price rose from a few cents in the early years to an incredible $20,000 in December 2017. More astonishment was afoot: the crypto fell back to under $5,000 for a couple of years and is now soaring to new highs with no shortage of hyperbolic comment.

Bitcoin’s fizz-bang journey is giving Bonfire Night one hell of a run for its money – while simultaneously redefining what we understand to be the nature of money itself.

Rethinking the nature of money is serious stuff. It is, in effect, the re-examination of a concept of value exchange that’s been central to society, certainly every mercantile culture, for thousands of years – from Pacific conch shells, to gold, promissory notes and credit cards.

It’s my contention that, for good or for ill, there is a clear and present threat to the established system – specifically the way in which the nation state, with its centrally controlled fiat currencies, is organised.

Indeed, the modern state has three major levers of control to maintain political stability and the security of power: physical coercion – the military and, more contentiously, the machinery of justice and the penal system; propaganda – media control conveniently outsourced to notionally independent news organisations and their appropriately sympathetic owners; and the financial system – a fiat currency administered by a central bank, with attendant reporting restrictions and regulations, which allows the government to assess our assets and income and, whether we like it or not, demand its share.

The latest resurgence of Bitcoin has provoked a re-think – be it a lofty re-examination of value-exchange systems, or the prehistoric feeling that there’s gold in the digital hills. This is prompting a massive shake-out amongst existing financial systems and a power struggle between corporate institutions as they compete to issue their own digital tokens.

The scrambles include a full-scale battle between the corporate world and governments. A dream team of corporate suppliers and payment specialists jumped ship ahead of Facebook’s proposed launch of its Libra token last year. The precise reason as to why they withdrew, and how the token launch was aborted and subsequently re-packaged and renamed Diem, is fertile territory for conspiracy theorists.

Nevertheless, the fact is that the Facebook token, with its potentially vast monetary value and opportunity for cheap puns – yes, folks, we’re dealing with “Facebucks” – was scuppered. Did international governments act in concert, as they could not allow a transnational value token to take root, depriving them of oversight – and tax income?

There is a major change in sentiment among political and financial institutions about money in a digital form. After years of resistance, comes reluctant acceptance from the establishment. In the interim, the old and the new systems co-exist. 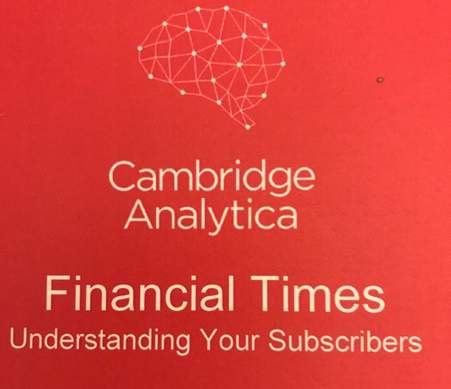 The essence of the difference between the two is not the form of value transmission – gold and specie money is long dead, and cash transactions are a minute proportion of the conventional financial system – but the way in which the system is managed and controlled.

The key difference is between the centrally-controlled fiat currencies of today’s mainstream, and independently generated shared-ledger value-exchange systems. The world’s governments are trying hard to maintain the systems of centralised regulation and this has manifested in numerous attempts to introduce central bank digital currencies (CBDCs).

The UK Government, for example, has had Britcoin (no joke) ready to launch for several years. These CBDCs may or may not hang around in the long-term – but centrally-monitored systems are cryptocurrencies in name only.

There is also evidence of a surge in the launch of digital tokens linked to some kind of asset. Just as an investment in the dollar is a statement of belief in the strength of the US economy and the worth of the dollar as a store of value and a unit of exchange, so a “stablecoin” linked to a corporate asset – a property portfolio or a new product – may come to be accepted as a new form of security or even a kind of investment trust.

Finally, looking ahead, money and the transmission of value will take on fluid forms, yet it will be underpinned by the same basic components. The digital world will still be based on established forms of trust and protocols of verification. The identity of the person or company – or government – issuing the value note will be at the heart of a notionally independent system of trust.

Cryptocurrencies are like the Wild West. But, as we know from films, the Wild West still follows a time-worn formula.