Nigel Farage has stepped down from frontline politics – or so he claims. The former UKIP, Brexit Party and Reform leader says that he wants to spend more time on “new projects,” as well as continuing to advocate for his various political predilections on the media.

One of these new projects, launched in recent months, has been a sponsored, financial newsletter called ‘Fortune and Freedom’. Fronted by Farage, the newsletter aims to appeal to like-minded Brexit-backers with advice on how to “really take back control of your money” while promoting investments in cryptocurrency, gold, and bets against the Euro.

Southbank, which promises “alternative insights to investors unsatisfied by the mainstream,” is part of a global network centred around Agora, a Maryland-based publishing company.

Several Agora-owned businesses agreed last month to pay US regulators $2 million to settle charges after being accused of pushing fake cures to diabetes.

Another subsidiary has even claimed a secret cure for cancer is hidden in the Bible.

Farage, Southbank and Agora Financial did not respond to Byline Times’ requests for comment, though Agora has repeatedly defended the alternative thinking of its publications. 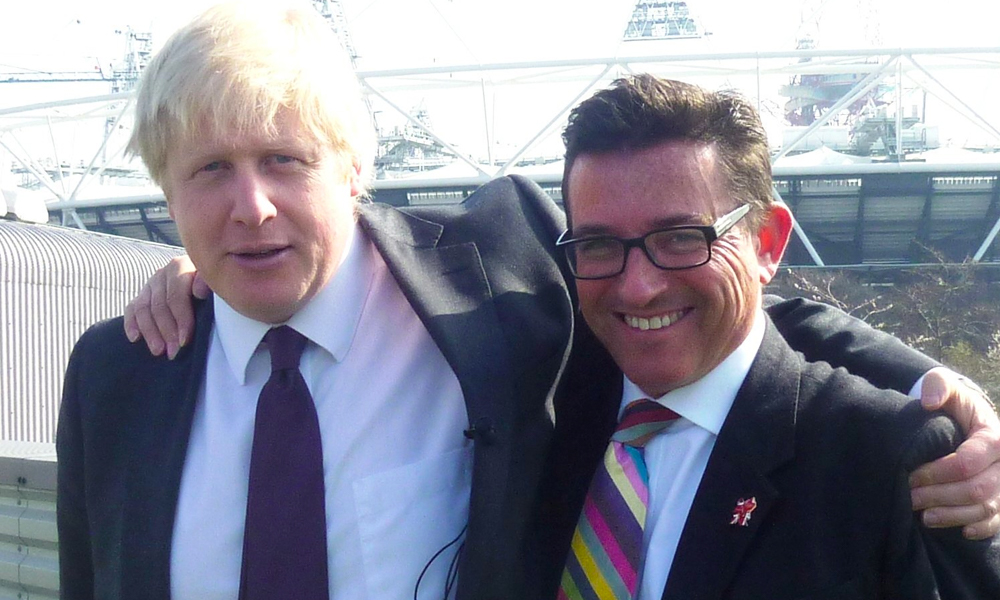 Meanwhile, Farage has also used the emails to push his own brand of COVID-scepticism.

“The cure is worse than the disease,” he announced in one email sent on 6 February. He has similarly promoted the falsehood that COVID-19 has been recorded as the cause of death for a large number of people that have died from other factors. “Tests left a huge amount of people who died of other causes recorded as COVID-19 fatalities, completely obfuscating the important conclusions we should’ve been reaching about the virus by now,” he claimed.

Another January update written by Nick Hubble, an editor at Southbank, alleges the UK is experiencing a “casedemic” rather than a “pandemic” because of issues with PCR testing.

“Will the beatings lockdowns continue until morale the R rate improves?” he asks.

Martin Bamford, a chartered financial planner, has warned the public not to be “swept into” the contents of the newsletter.

In a video posted on YouTube in October, Bamford said the investments being promoted were “incredibly risky”.

“They don’t know what’s going to happen any more than the rest of us do,” he said.

“They may claim to have a great deal of knowledge and experience when it comes to commodity training and politics, but they cannot second guess the markets. If they could, they wouldn’t be selling their services via an email letter, they would be out there doing it for themselves.”

Bamford added that, although Southbank Investment Research is registered and regulated by the Financial Conduct Authority, Fortune and Freedom’s newsletters are not – meaning investors have few protections if they lose out.

Slightly awkwardly for Farage, company accounts show Southbank is ultimately controlled by a firm based in EU member state Cyprus.

Before ownership shifted to Agora Holdings (Cyprus) on 31 March 2020, the ultimate controlling party was Monument & Cathedral Holdings Inc, whose Baltimore address is the head office of Agora.

Southbank director Erika Nolan and company secretary Helen Hunsperger are CEO and International Counsel of Agora Holdings, which continues to be based in Baltimore.

Agora, which brands itself as a “marketplace of ideas”, is a sprawling network of companies and publications that is reported to produce more than 300 often outspoken health, lifestyle and financial publications. 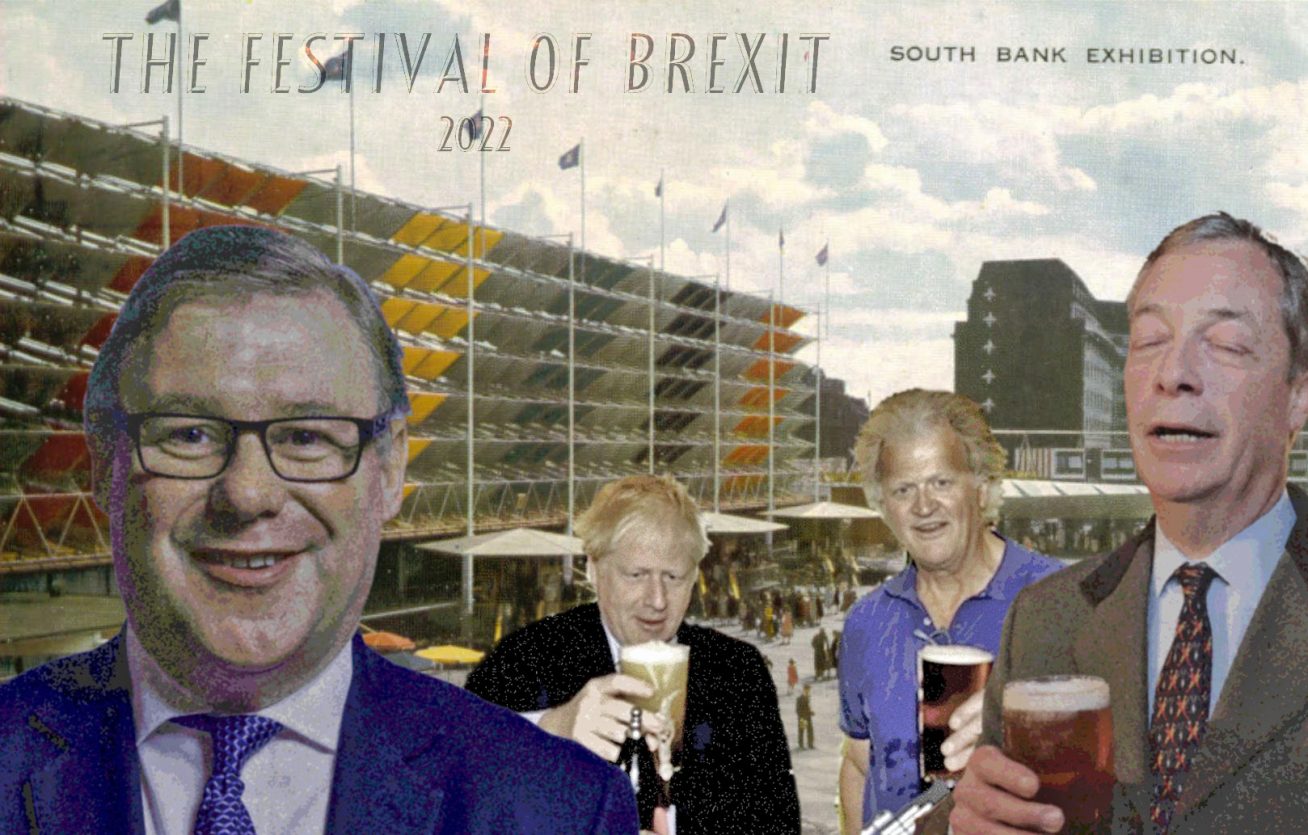 An Audio Tour of the Fantastic2022 Festival of Brexit

Many products share a common template, offering readers free and persuasively-written updates that promote the sale of books and newsletters – often published by Agora or affiliates – that contain supposed insider information and secret tips for improved health or financial security.

Agora’s website states: “Today, our network includes dozens of independent publishing and media companies that are privately run and have individual product lines.

“Still, as distinctive and independent as they have grown to be, they all share the Agora’s core mission of bringing the best new and unconventional viewpoints, perspectives and strategies to the global marketplace.”

Earlier this month, Agora subsidiary Agora Financial agreed to pay more than $2 million to the US Federal Trade Commission (FTC) to settle charges that the company and affiliates were targeting older Americans with schemes advertising free money and promises of a 28-day-cure for type-two diabetes.

The FTC’s October 2019 suit said the “Doctor’s Guide to Reversing Diabetes in 28 Days,” which costs $249, included baseless claims that the disease is caused by electricity from phones, tablets and computers – and can be reversed by taking over-the-counter supplements.

Promotions boasted of a 100% success rate, the regulator said.

Agora Financial was also accused of touting a “phony plan” that promised retirees they were entitled to thousands of dollars per month in non-existent “Congressional Checks” or “Republican Checks”.

The FTC announced earlier this month that Agora Financial and several of its affiliates had agreed to pay the sum to settle the charges.

In a statement reported by The Baltimore Sun, Agora Financial and affiliate NewMarket Health said neither company had admitted liability but had merely agreed to issue refunds.

Agora’s links to the American Christian right have also come under scrutiny.

Back in 2015, Mother Jones reported Agora subsidiaries were cashing in on email lists of supporters held by prominent American conservatives including Mike Huckabee, Newt Gingrich and Ron Paul.

That year, hundreds of thousands of supporters of Huckabee, a former Arkansas Governor then running for the Republican presidential nomination, received an email promoting a secret cure to cancer hidden on the 859th page of the Bible.

It came from Health Revelations, a newsletter owned by NewMarket Health.

Aside from Biblical medical advice, Health Revelation’s website asks whether cancer is “on tap in your kitchen?” and informs readers “exposure to the flu vaccine actually makes you MORE LIKELY to get the flu!”

All is revealed in the ‘Doctor’s Book of Natural Cures’, free with an annual subscription to Health Revelations.

“Fortunately our customers don’t pay us to be right,” he wrote.

“Instead, we’re expected only to be diligent and honest, and to explore the unconventional, the often disreputable, and always edgy shades of the idea spectrum.

“If they don’t like what we offer, they don’t buy. And if they change their minds they can get their money back.”