One hundred and ten years after the first official International Women’s Day was celebrated around the world, women are still fighting for equal pay for equal work – new data analysis by Byline Times has revealed. At the same time, brands seeking to boost their feminist credentials by supporting the annual event continue to pay their female employees less than men.

International Women’s Day, which has taken place annually on 8 March since 1911, grew out of the labour movement and demands for better working conditions and pay for women.

However, corporate partners and supporters of the 2021 event have median hourly wage gender pay gaps of between 10% and 38%, according to data collected by the Government.

Fifteen organisations listed as supporters or partners on the International Women’s Day website had gender pay gaps whereby women were paid less than men. McDonalds had no gap and Diageo’s pay gap was in favour of women.

None of the organisations for which data was available had a majority of women in the highest-paid positions. Seven had no gender pay gap data.

Fifty years on from the Equal Pay Act, the gender pay gap has never been closed – the national gap is 15.5% among all employees before rising in older workers.

Systemic Failings Mean Most Rapists Can Attack Women with Impunity

Gender pay gap reporting has been in place for organisations with more than 250 employees since 2017. However, in 2019, reporting was paused due to the Coronavirus pandemic – despite concerns about the economic impact of the crisis on women. A survey by Pipslay found that 45% of Britons “fear the pandemic will further widen the existing gender pay gap”.

The Women’s Budget Group has criticised the pause on reporting, stating that “in such an unprecedented year, the suspension of gender pay gap reporting because of the pandemic and the furlough scheme means we do not have a clear picture about what is happening to women’s economic status. But now we know that women are more likely than men to have had their wages docked 20% by being on furlough.”

It argues that “the Government should reinstate pay gap reporting at the earliest possible opportunity”.

The group told Byline Times that “the real test of an organisation’s commitment to gender equality is not what it tweets on International Women’s Day but how it treats its female staff”.

“If companies want to demonstrate their true commitment to gender equality then the best thing they can do is take clear and transparent action to close the gender pay gap,” it added.

Aurora’s website is the first UK result when ‘International Women’s Day’ is typed into Google. It is not clear what association it has with the wider UK feminist movement or how the theme for this year’s event was decided.

The campaign partners with two organisations: HCL Technologies and Medtronic. The partnerships appear to be a chance for them both to profile what they are doing to promote gender equality in their sectors.

Aurora’s International Women’s Day campaign has 22 more supporters – but gender pay gap data is only available for 16 of them.

The organisation with the largest gap was Honeywell, with a median gender pay gap of 38%. Its bonus gender pay gap is 75.1% and only 11.8% of employees in the upper quartile of earnings are women.

Schneider Electrics and the Institute for Engineering and Technology had gaps of 29.1%, making them joint-second on the list. The majority of listed supporters had a gap of around 17-25%.

Nottingham Trent University had the lowest gap at 11.8%, however in the lowest paid quartile, 66% employees are female.

Two companies had no gender pay gap or paid women more than men: McDonalds, which had a 0% gap in 2018/19; and Diageo, where the pay gap was in favour of women. But the gender pay gap does manifest itself in other ways. In 2018/19, the median bonus pay for women at McDonalds was 7% lower than that paid to men.

“We’re pleased that large employers will be required to report their gender pay gap for 2020-2021,” The Fawcett Society – which campaigns on the gender pay gap – told Byline Times. “But it isn’t enough to just report data and make no improvements – employers really must publish action plans showing how they will tackle their pay gap and then do just that.

“We need to see all jobs made flexible by default, improved parental leave for both parents, and to challenge the segregation of men into higher-paying occupations and women into lower-paying ones.” 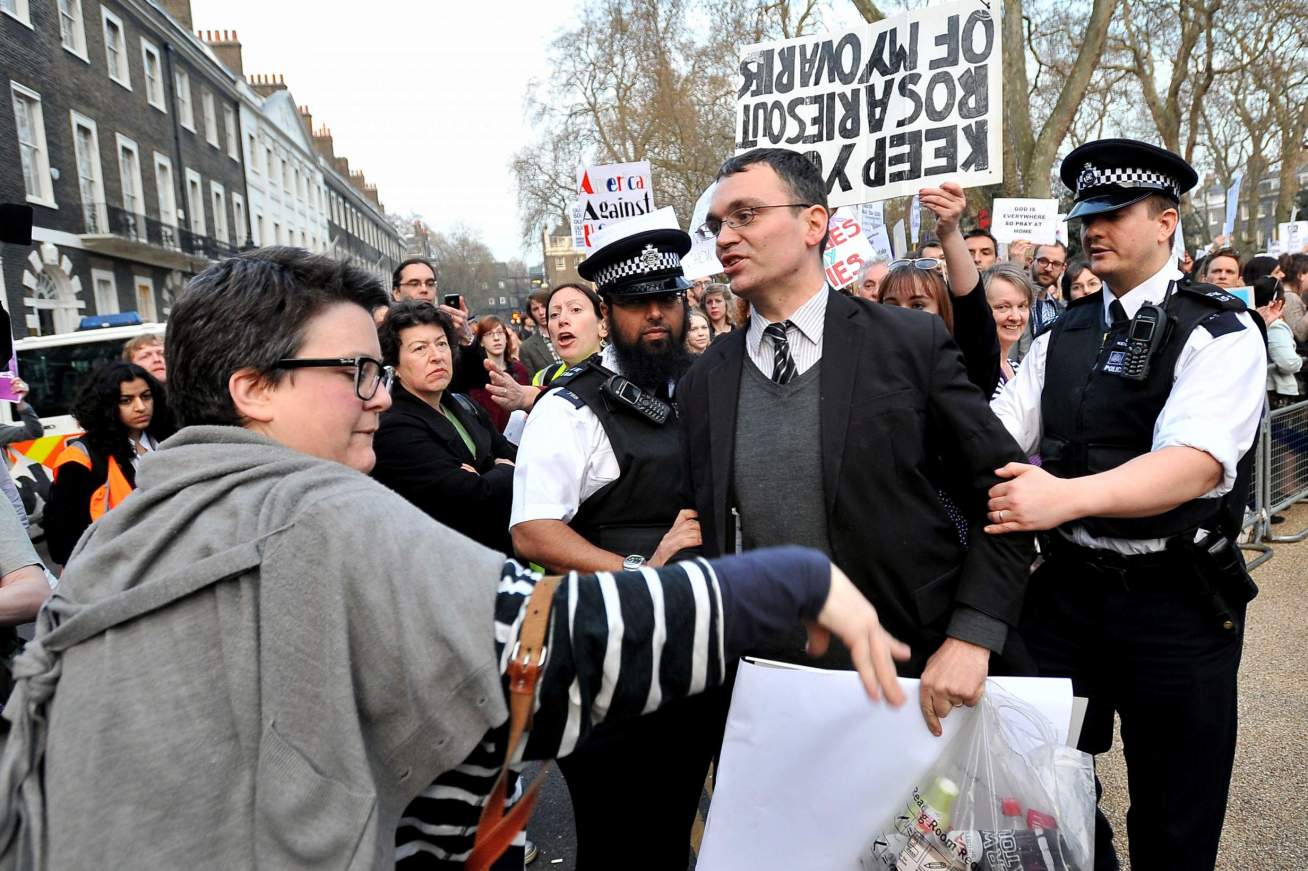 Failure to deliver equal pay is just one area where International Women’s Day partners are struggling to deliver on women’s rights.

While its gender pay figures are encouraging, McDonalds UK has a record of “systemic sexual harassment” worldwide. In 2019, it was reported that more than 1,000 women working in UK restaurants had been abused, while predatory employees were moved to different stores rather than sacked. A spokesperson for the Bakers, Food and Allied Workers Union (BFAWU), told the Independent that McDonalds had a “toxic culture” where “predatory employees operate with impunity”.

Then there’s Lockheed Martin, which has a median hourly wage gender pay gap of 20.9% and where only 13.2% of its highest paid staff are women. The arms manufacturer is involved in a project to install a $15 billion missile defence system in Saudi Arabia as part of a $110 billion arms package. The Saudi regime has liberalised some aspects of women’s rights in recent years but, following the ban on women driving being lifted, the state imprisoned and allegedly tortured women’s rights activist Loujain al-Hathloul.

International Women’s Day is an historic movement for women’s liberation, particularly with regards to unfair workplace practices. It is grounded in a left-wing, trade union tradition and yet the record of its official supporters on women’s rights is at very best questionable. The supporters recruited by the Aurora campaign almost all pay women less than male employees, while failing to promote women to the highest-paying jobs.

Their involvement suggests that International Women’s Day has strayed from its radical roots and instead become an opportunity for pink-washing by corporations.

Aurora Ventures (Europe) LTD did not respond to Byline Times’ request for comment.