Budget 2021Rishi Sunak Is Bailing Out Himself

The Chancellor is asking the UK to foot the bill for his monumental mistakes, argues Sam Bright

The idea of a public bailout has inserted itself into media parlance over the last 15 years. Britain was forced to bail out the banks in 2008, after the global financial crash, and this uncorked the practice, which has since been exploited by Government outsourcing firms and corporate giants alike.

Rishi Sunak, the current Chancellor of the Exchequer, undertook his political apprenticeship during this period – when the public purse was seen as an insurance policy by the masters of finance and industry – and now he is the one asking for a rescue package.

Sunak’s self-hyped Budget, released today, blended yet more unprecedented Government spending pledges with a grim warning that – in the not too distant future – ordinary people will have to pay for the Chancellor’s COVID generosity.

Government debt will hit 97.1% of GDP by 2023/24, Sunak’s sermon foretold, which will necessitate tax rises. “The amount we have borrowed is only comparable to the amount we borrowed during the two world wars,” he said – pointing at Government borrowing of £355 billion this year and £234 billion next.

There is little public debate about the validity of economic support provided by the Government during the Coronavirus pandemic. The furlough scheme, now extended until the end of September, covered 8.9 million workers at its peak, and still provides a Government-sponsored lifeline to 4.7 million. 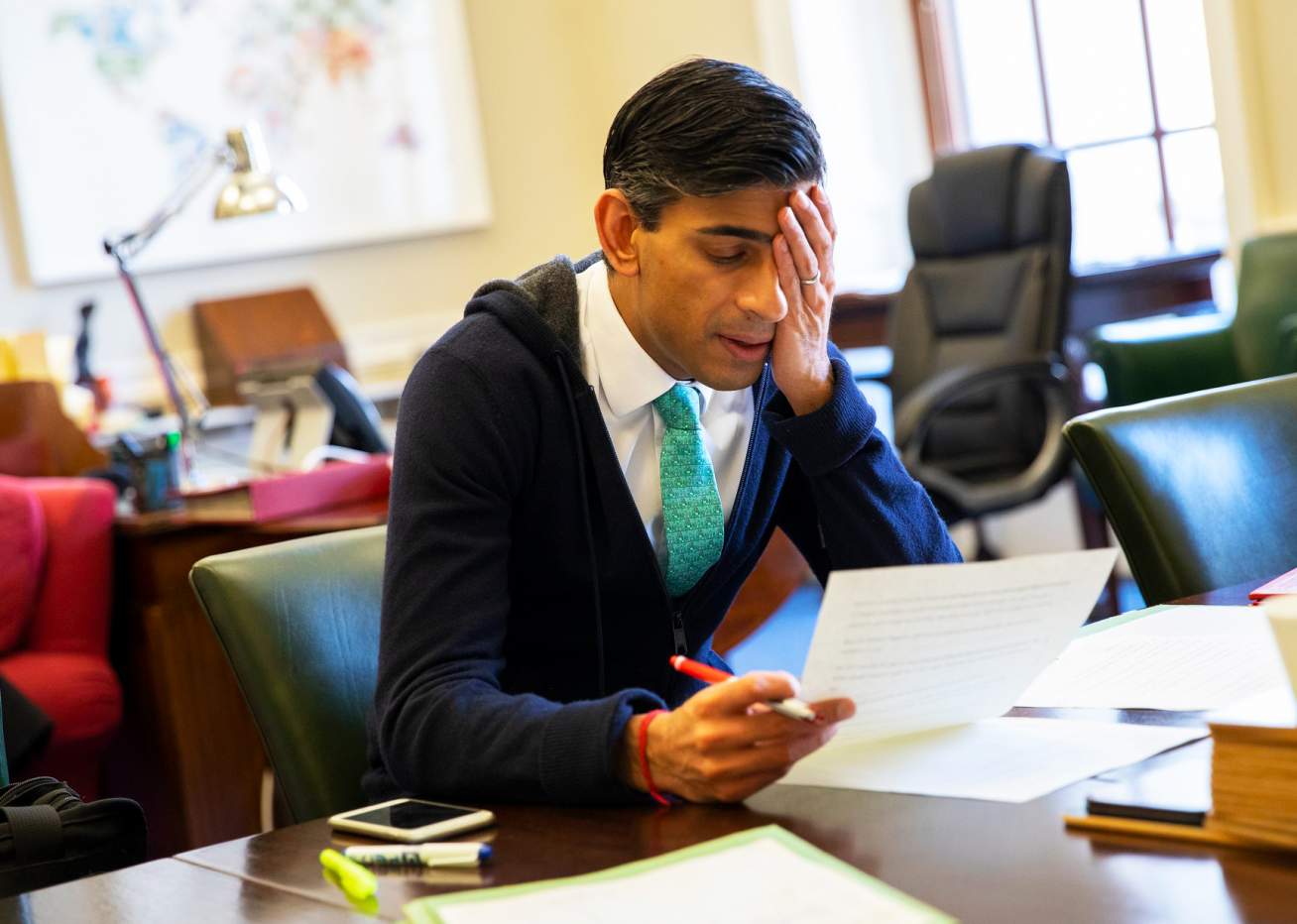 Instead, the debate rests on culpability. A year ago today, the Prime Minister practically boasted on national television that he visited a COVID ward and “shook hands with everybody”. This has epitomised the Government’s response to the crisis, which has been chaotic, slow, and generally ignorant towards scientific fact.

Yet this narrative is a nuclear warhead squarely directed at Boris Johnson’s lifelong political ambitions, and so the manufacture of a counter-narrative by his administration has been essential. The COVID crisis is a natural disaster, the Government claims. It is impossible to stop an avalanche, they say, when the first snowball begins rolling down the hill.

This line has largely been swallowed by the British public, to the extent that opposition leader Keir Starmer sees no political benefit in raging about the Government’s crimes. As Isabel Hardman of the Spectator has observed, Starmer’s approach has been to agree with Johnson “but in a special disappointed voice”.

There was a change of mood today, however. Responding to the Budget, Starmer addressed Brexit for the first time since the comfort blanket of the transition period ended in January – pointing out that Brexit has saddled businesses with red tape, has created a blockade for British fishermen, and is sabotaging performing artists.

Starmer also raised Sunak’s own culpability in the pandemic, opening his remarks with a swipe at the Chancellor. “After 11 months, it’s nice to be finally standing opposite the person actually making decisions in this Government,” the Labour leader said.

Indeed, the scale of the Government’s economic response to the pandemic correlates directly with its severity. If the country had suffered far fewer deaths, and if we had managed to avoid a series of oppressive lockdowns, the Chancellor’s wallet would not have been stretched to such a degree.

But, as Starmer pointed out, Sunak is not simply a passenger in the Government’s COVID cock-up. The Chancellor has been a potent one-man lobby during the pandemic, and his convictions have materially altered the Government’s approach to the virus – from a health standpoint, not just an economic one.

Take the pivotal month of September, for example. On 21 September, with COVID-19 case rates climbing sharply, the Chancellor orchestrated a chinwag between Johnson and three anti-lockdown scientists. This is a matter of public record.

The Government’s official experts – the Scientific Advisory Group for Emergencies (SAGE) – were recommending a rapid, time-limited ‘circuit breaker’ lockdown to restrain the growth of the virus, a policy supported by the Prime Minister’s chief aide Dominic Cummings, and Health Secretary Matt Hancock. After the September summit, Johnson opted against an immediate circuit breaker, instead announcing peripheral changes to social distancing restrictions.

On 24 September, the Chancellor echoed the case for inaction, saying that the country “must learn to live with [the virus] and live without fear”. “Lives can no longer be put on hold,” Sunak said.

A graph has been released in recent days that perfectly captures the devastating net outcome of this approach, showing the rolling seven-day average of COVID-19 deaths per million people, in the UK and the EU since July 2020.

In total, more than 60,000 people have died with COVID-19 in the UK since September. Sunak’s flirtation with herd immunity delayed a circuit breaker, and it helped to incubate a highly-contagious strain of the disease, necessitating months of lockdown at a marginally later date.

Also deserving of special attention is Sunak’s flagship “Eat Out to Help Out” scheme – implemented in August – which gave discounts to eager diners who had spent months in near-solitary confinement. According to a report from the Institute for Government (IfG), Sunak failed to consult scientists before launching the scheme, which undoubtedly contributed to rising case rates, in the opinion of deputy chief medical officer Jonathan Van-Tam. Experts interviewed by the IfG called Eat Out to Help Out “epidemiologically illiterate”.

The absence of reason has defined the UK’s response to COVID-19, and there is no more prominent example than the separation between economics and health. The media has portrayed an ongoing battle between these policy areas – as though measures to save lives will somehow damage the economy.

This couldn’t be farther from the truth. Policies to suppress case rates ultimately help the economy, when social distancing restrictions are eased. Persistently high case rates help no-one, and it’s both baffling and shocking that the Chancellor of the Exchequer has been ignorant to this fact.

The chain of events is simple: Sunak implemented reckless social distancing freedoms in August, lobbied the Prime Minister not to reintroduce restrictions in September, a new variant was then discovered in the same month, and the nation has been under the boot of draconian (though entirely necessary) lockdowns since about November – while tens of thousands have died and the economy has been in hibernation.

And, now, the Chancellor has asked the country to bail him out.