We knew that the owner had arrived because the building was shaking.

It was 1986 and Robert Maxwell, proprietor of Britain’s first 24-hour newspaper, the London Daily News (LDN), had landed by helicopter and would shortly be breezing into the newsroom to find out what was happening with his latest multi-million-pound venture.

The publication of Fall, by John Preston – the latest book about the war hero, proprietor, Labour politician, bully and fraudster; and the upcoming trial of his daughter Ghislaine Maxwell in New York in connection with the financier Jeffrey Epstein’s abuse of underage girls (charges she strongly denies) – has refocused attention on one of the many outlandish characters who have aspired to own British newspapers over the past half century.

Maxwell’s original idea with the LDN was to challenge the monopoly of the Evening Standard. As his editor, he hired Magnus Linklater, formerly of The Sunday Times and Observer, who duly recruited Alan Rusbridger as Washington correspondent, Nick Davies as a features writer and a raft of journalists including the late Ron Hall, Julia Langdon, Christian Wolmar, Yvonne Roberts, Sue Summers, Peter Gillman, Nicholas Shakespeare, Jeff Edwards and John Twomey, plus the cartoonists Trog and Alex.

I got the job of home affairs correspondent and we were all taught how to use computers by an Australian called Amanda Platell. Yes, we still had typewriters in those days, and I remember being sent on a job with a photographer who produced a vast contraption into which he spoke and which he explained was something called a mobile phone.

I kept a diary at the time and I noted that one day “Maxwell arrives… ‘Who’s in charge here?’ he booms. ‘Magnus,’ I reply, gesturing at Magnus’s room.”

That was the extent of our personal interaction. Maxwell led the negotiations with the chapel committee of the National Union of Journalists and another diary entry notes that he announces that the NUJ chapel can just “f*ck off”. One of our NUJ negotiators walks out and Maxwell apologises for “using the F word”.

It was not a bad newspaper at all. In fact, some of the Standard’s senior personnel admitted afterwards that it was better than theirs but Maxwell’s mad decision to move it to a 24-hour operation, publishing both morning and evening editions, which Linklater later described as “ludicrous”, ensured its demise within a few months of the launch.

Perhaps we should have realised that all was not well when the features editor, Nigel Horne, informed us that Justin Toper, the astrologer who had just been hired, was jumping ship a few weeks before the launch. Horne noted that Toper “was unable to sign a contract as our astrologer because Jupiter was on a collision course with Mercury – or something like that. Any ideas for a replacement will be more than welcome. Though not another Libran, thank you”.

Old diaries tell other, darker tales. One entry notes that the ad department had objected to one of the dummy issues because there were three black faces, one after the other, on stories to do with fashion, music and politics.

The end came suddenly in July 1987 on the very day that Jeffrey Archer won his dishonest libel action against the Daily Star.

I had been out of the office on a story and returned to find everyone in the newsroom on their feet. “The good news,” said a colleague, cheerfully, “is that there’s no hurry to file. The bad news is we don’t have a job.”

In the gents, I heard sobs coming from one of the cubicles: a journalist who had moved his family to London just to join the newspaper was contemplating a fractured future.

Within a few years, Maxwell was dead, floating naked in the sea, taking the secret of whether he jumped or fell from his yacht, the Lady Ghislaine, to his watery grave.

He was much mocked and derided at the time but, as we look at his fellow proprietors over the years since, one can almost feel a sneaking sympathy for someone who at least challenged the right-wing hegemony of Britain’s press barons.

London is back to a single evening newspaper which will inevitably back the uninspiring Conservative candidate for the mayoralty elections in May. Its proprietor, Evgeny Lebedev, has already been rewarded in anticipation with a peerage by Boris Johnson, who has himself benefitted from a culture of media ownership that cheerfully forgave his lies as a journalist and cheerfully endorses the ones he now serves up as Prime Minister.

Proprietors of British newspapers have tended to be the polar opposite of national treasures. The owners of the Telegraph, the Barclay brothers – Britain’s best-known knockabout twins since the Krays – were in the midst of an almighty family feud when Sir David died in January. One branch of the family was accused of bugging the other branch, in the shape of Sir Frederick and his daughter, Amanda, with devices hidden in The Ritz conservatory. 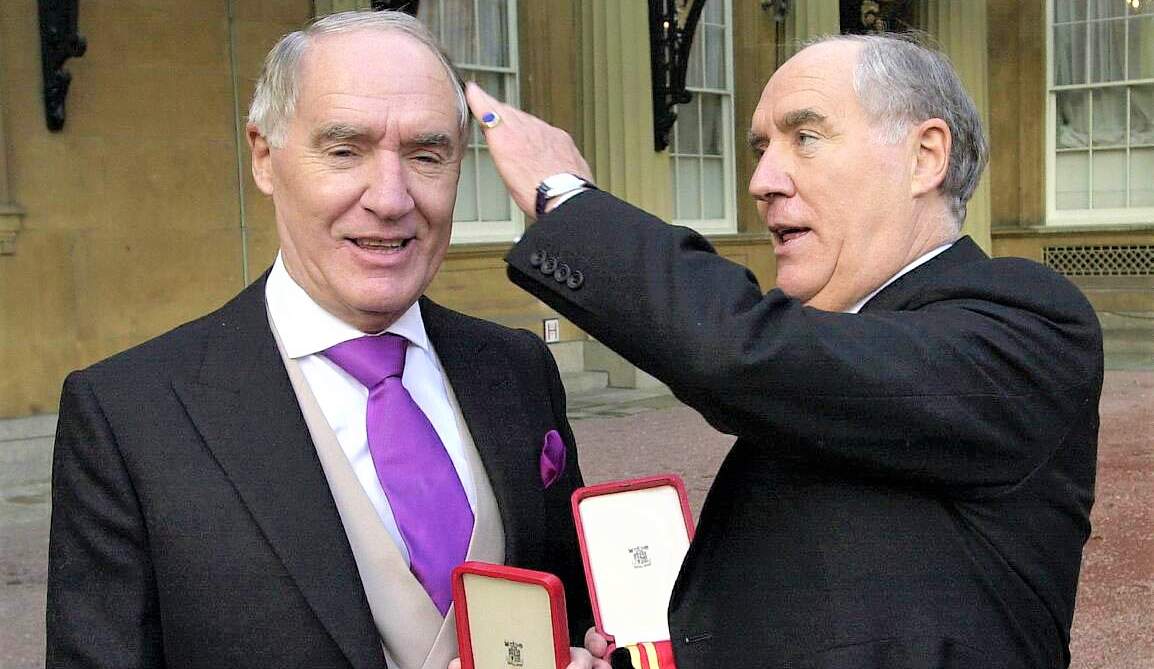 John Sweeney’s very entertaining recent piece on the Barclays for Byline Times, tells us all we need to know about them.

Their predecessor at the Telegraph, Conrad Black, was convicted of fraud and obstruction of justice in Chicago in 2007 but pardoned by Donald Trump in 2019 – coincidentally just a year after Black had written of flattering biography of the President.

And the others? Rupert Murdoch, who so often outwitted Maxwell in pursuit of newspaper ownership, had the distinction of closing one of the country’s oldest newspapers because of the criminality in which it had been serially involved and allowed his management team to hand over to the police millions of emails which revealed the contacts and sources of many of his journalists.

In one of the resulting criminal cases, the barrister Nigel Rumfitt QC described News International’s behaviour as “a copper’s nark – a grass, and like all grasses gives a mixture of inaccurate and misleading information to the police”.

Then there’s the Rothermeres at the Daily Mail – or rather not quite there. Like Murdoch, they have cast their own baleful shadow over the British media from a safe distance.

Richard Desmond moved on from publishing Asian Babes and Readers Wives to take over the Express so that its readers could learn on a regular basis that Princess Diana had been murdered, that extreme weather of one sort or another was approaching weekly, and that a cure for Alzheimer’s was just around the corner.

Does Robert Maxwell sometimes look down from the great boardroom in the skies I wonder and wonder why it is mainly him who continues to attract such opprobrium?