A government in crisis needs a distraction. The current Government’s crisis is epochal by any standards: the UK now has the world’s highest Coronavirus per capita death rate and one of its worst-hit major economies. On both fronts, even Donald Trump’s America did better. Naturally, the Boris Johnson administration must find someone to blame.

Ministers lined up to denounce those travelling distances to exercise. Health and Social Care Secretary Matt Hancock supported the fines given to two women walking, legally, by a reservoir. The Government failed to establish a policy on park benches, before clarifying that people could sit on them in a short break from exercise but not as a central purpose. And Downing Street launched a campaign entitled ‘Catch-Ups Cost Lives’, with a picture of four friends sitting outside.

The first thing to note is that exercise is not unsafe. Scientists have routinely emphasised that outdoor environments are vastly preferable to indoor ones. If, as some have suggested, the new Coronavirus variant might increase the risks of outdoor gatherings, then the Government could simply enforce outdoor mask use, as is normal on much of the continent.

Much about COVID-19 is unclear. This is not: the Government is responsible for the virus’s spread.

Distance travelled is a similar red herring. It is much safer to walk in an open park than a crowded pavement, and accidents can happen at home as well as in a car. Provided that people are staying outdoors at all times and not spending the night away from their homes, distance is of almost no consequence.

It therefore follows that this is about punishment. It combines the satisfaction of surveillance, judgement and denunciation with a Puritanism that is interested less in attacking the virus than attacking pleasure itself. Clamping-down on exercise, takeaway coffees and safe outdoor socialising isn’t about public health, but low-hanging fruit. Something must be done – and this is something.

The pettiness and futility illustrate the lack of seriousness in our public discourse. We constantly misplace urgent priorities, privileging minute aspects of the law over the realities of the virus. And yet this is also a deliberate strategy: it is more useful for the Government to focus on the legality of sitting on benches than to address either the sources of viral transmission or its own policy failures.

This is not just a fundamental question about the relationship of laws to public health. It is about the Government’s relationship to responsibility and blame.

Much about COVID-19 is unclear. This is not: the Government is responsible for the virus’s spread.

It neglected scientific advice when delaying the lockdowns in March, September and December, and rejected the examples of other countries that had done better. And yet we know the Government does not, ever, take responsibility for its own failings.

But someone must be held to account and it is easier to shame members of the public than members of the Government. This distraction from official negligence enjoys widespread media complicity. The newspapers scrutinise the rights and wrongs of walking with coffee, condemn those driving to beauty spots and joyfully report the fines for people travelling 100 miles for a burger. They often devote considerably less time to analysing the Government’s inability to contain the virus.

The public themselves frequently adopt this framing: we cannot see the Government making policy but can see a neighbour having friends over. And so, in the popular imagination, two women at a reservoir somehow gain equivalence with the Government reopening schools against scientific advice. Ministers are able to play the public off against each other, while their own failure simply melts into the collective pool.

The idea of ‘collective responsibility’ only really exists in Britain for the collective populace. Last week, the Dutch Government symbolically resigned over a child welfare scandal. The idea that the British Government might collectively take responsibility for a gross national failing is inconceivable.

It is more useful for the Government to focus on the legality of sitting on benches than to address either the sources of viral transmission or its own policy failures.

And so we turn to personal responsibility. Individual members of the public face consequences for their errors; individual ministers, never do.

We see this phenomenon in the Government’s strategy of confusing people.

For months, ministers alternated advice between going to work and staying home, eating out in restaurants and avoiding them. As late as the autumn, Boris Johnson was emphasising ‘common-sense’, even as he issued direct instructions. This paradox of freedom and compulsion let ordinary people carry the can for driving up cases, rather than the leaders communicating contradictory advice.

The most practical example is self-isolation. Naturally, people have the responsibility to self-isolate when they come into possible contact with the virus. The Government cannot do that for them. But, because Britain has eschewed the notion of collective responsibility, it does almost nothing to assist the process. The result is that most people who cannot afford to self-isolate do not – with the subsequent high case rates and castigation of the public for not doing their duty.

In this sense, individuals are assigned the responsibility to abide by exacting rules, but not the power to actually keep themselves safe. The Government, in effect, sets people up to fail.

Collective blame soon becomes collective punishment. The Government’s focus on personal responsibility makes killers of us all. Anyone who has breached or bent a rule or a piece of guidance, at some point in the past 10 months, is deemed partly culpable for 100,000 deaths. The nation is routinely threatened with ever more draconian restrictions in retribution for the small minority ‘wilfully’ breaking the rules.

The Government’s entire approach is gaslighting: we alone are to blame for the things happening to us, while the people in charge are simply doing their best.

It is no coincidence that the focus on personal responsibility has produced such bleak outcomes. This is not simply a failure of strategy, but an entire political culture.

Consider the case of New Zealand, where Prime Minister Jacinda Ardern famously boasted of her “team of five million”. Her country has suffered just 25 deaths from COVID-19.

Johnson has never engaged in this kind of language. We in Britain are not dealing with this as a team but as 66 million individuals compelled to work together. This is the personal as the political and medicinal: Thatcherism transferred to public health.

Our obsession with individuality has not led to any great push to work for the common good, but rather an emphasis on personal burden and sacrifice. It is not one effort, but millions of lonely struggles. That has proved both punitive and exhausting.

A culture of individualism is suited to a neoliberal economic structure in which people are encouraged to be self-reliant – or to seek the help of their neighbours rather than the state. But this crisis requires us to shoulder the burdens of a policy and also invest in its purpose.

We must not simply take personal responsibility but take responsibility for one another – to exercise a duty, not just for our loved ones, but for those we do not and will never know. If such an instinct exists in our culture, it certainly does not in our Government.

In Its Search for Sovereignty,Britain has Defaulted to aDangerous Sovereign

In the US, the logical extreme of this culture has resulted in a kind of public health libertarianism. In many areas, tight restrictions have been abandoned and, where they exist, they are often poorly respected and enforced. People wear a mask or don’t. Go to bars or don’t.

Although Britain mimicked elements of that strategy in the summer, when rules became matters of personal choice, now libertarianism and authoritarianism have combined: we are not free to do as we please, but assigned personal agency for national mistakes.

The US and UK have suffered among the world’s worst outcomes in this pandemic. Both countries posited personal responsibility, rather than shared purpose or direct governance, as the core motor of collective fate.

There is, in the end, nothing wrong with personal responsibility. We do need to accept the consequences of individual actions and we owe a duty to strangers and loved ones alike.

But, in any society, this can only work with a benevolent government which provides a clear and supportive framework to exercise that responsibility. It is the essential compact between a government and its people.

Boris Johnson is not interested in supportive frameworks but diverting blame. His Government really can have it all: exercise sweeping, draconian power while directing the ownership and consequences of that power away from itself. We are subject to strict rules and the threat of severe punishment, and must at the same time fend for ourselves.

The focus on exercise and distance last week did not simply betray the fatuousness of our public discourse, it betrayed the naked contempt with which we are governed. Individuals must take responsibility for their actions, but that does not make them responsible for this crisis. 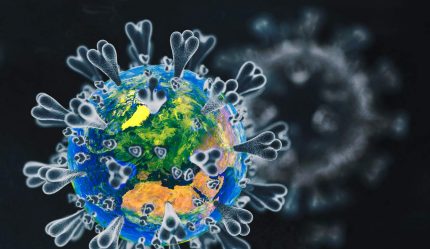