Trumpism Still Festers in Boris Johnson’s BritainBut it is Dying

“I’d actually like to go back to the old times of Tudor England, I’d put the heads on pikes, right, I’d put them at the two corners of the White House as a warning to federal bureaucrats. You either get with the program or you’re gone – time to stop playing games,” Bannon said on his podcast, War Room: Pandemic. The show was promptly banned from Twitter, and the offending episode was deleted by YouTube.

But earlier this year the executive director of the Henry Jackson Society (HJS), Dr Alan Mendoza, was interviewed by Bannon on the same now-banned podcast, which Bannon co-hosts with former HJS campaigns director Raheem Kassam, Nigel Farage’s former chief of staff at UKIP. During the show, Mendoza listened dutifully to Trump’s former strategist opine about “the fourth turning”, the pseudoscientific theory whose authors wrote:

“In a Fourth Turning, the nation’s core will matter more than its diversity. Team, brand, and standard will be new catchwords. Anyone and anything not describable in those terms could be shunted aside – or worse… If you belong to a racial or ethnic minority, brace for a nativist backlash from an assertive (and possibly authoritarian) majority.” 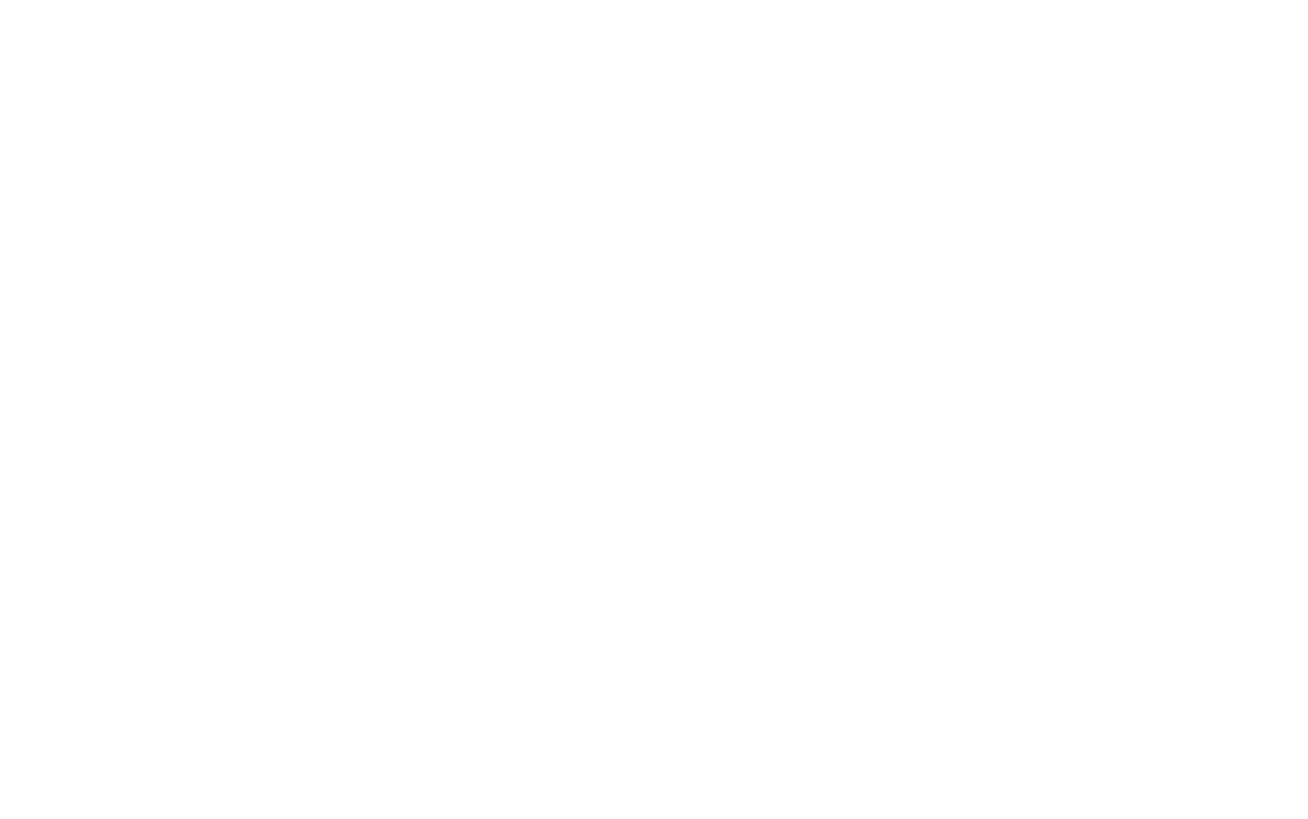 Trumpocracy in the UKGovernment Links with Steve Bannon and the Mercers

Just days after Bannon’s beheading plea, even as Biden had been announced President-elect, Trump’s Secretary of State Mike Pompeo told a White House press conference that there would be a “smooth transition to a second Trump administration”.

Months earlier, in July, the HJS had hosted a diplomatic meeting in London between Pompeo, Boris Johnson and his Foreign Secretary Dominic Raab. The closed-door meeting, organised by Mendoza, was to discuss a US and UK agreement to increase pressure on China.

Indeed, Mendoza’s direct connections with both Bannon and Pompeo raise questions about the HJS’ outsized influence on successive Conservative governments and their leading figures, including Prime Minister Boris Johnson himself. Throughout 2020, the HJS played a key role in shaping Johnson’s major policies on Brexit, China, as well as the restructuring of British diplomacy.

Since its founding, the HJS has branded itself as a centrist, cross-party think-tank specialising in international security issues and foreign affairs. Yet, in reality, as my four-part investigation for Byline Times revealed, it has operated as a secretive Conservative Party lobby group, while cultivating longstanding ties with far-right and white nationalist movements in the United States.

With its direct ties to outfits like Trump-supporting media outlet Breitbart and the Gatestone Institute, the HJS is perhaps better characterised as an ‘Alt-Right’ pressure group lurking within the Conservative spectrum. If you want to understand how and why the Conservative Party has lurched towards populist nationalism in recent years, look no further than the HJS as a transmission belt for this ideology.

Trumpocracy in the UK: Boris Johnson’s Lobby Group and US ‘Dark Money’

Trumpocracy in the UK: Government Links with Steve Bannon and the Mercers

Take the Government’s counter-extremism strategy, for example. From 2015 to 2017, the Home Office funded the HJS to produce a report on Islamist militancy. The Government has kept this report confidential, refusing to disclose it in the face of Freedom of Information requests, on the grounds that doing so might jeopardise national security. The following year, the HJS also had a staff member in the Home Office, working with then Home Secretary Sajid Javid.

In the same period, the HJS stepped up its work with its US ‘Alt-Right’ partners. Three months before the “Muslim ban” was announced as an official part of Donald Trump’s proposed policy agenda, HJS associate director Douglas Murray appeared to endorse Hungarian Prime Minister Viktor Orban’s implementation of a Muslim ban as a solution to the ‘problem’ of growing Muslim populations in Europe.

Murray did this in conversation with notorious Obama Muslim ‘birther’ conspiracy theorist Frank Gaffney. Gaffney would, three months later, be cited by the Trump campaign when it first launched endorsed a Muslim ban.

In 2017, both Murray and his boss Mendoza spoke at the notorious Alt-Right gathering, hosted by the David Horowitz Freedom Centre. Known as the Restoration Weekend, this annual event played an instrumental role in the rise of Trump. Bannon and the Mercer family – big funders of both Breitbart and Trump’s 2016 campaign – had convened at a Restoration Weekend in 2013, where they first decided to introduce an outsider candidate to challenge for the Republican presidential nomination.

Horowitz himself, who a week or so before the 2017 conference had complained about the “race war… against whites,” had also spent years mentoring Trump’s senior policy advisor Stephen Miller, a notorious nationalist in the White House who has pushed a virulently anti-immigration agenda.

The HJS was seemingly happy to contribute to this event, alongside ‘Proud Boys’ founder Gavin McInnes, and Britain’s Katie Hopkins. In his own speech at the 2017 event, Murray complained that too much ethnic “diversity” – including incoming “Indians” and “Sudanese” people – meant that Europe was in danger of becoming a “swamp” and a “larger version of Mogadishu”. Though they might “vim up the cuisine” a bit, this would be offset by “more gang-rape and beheading,” he claimed.

Such views did not appear repel the current UK Government. In fact, Cabinet Office Minister Michael Gove was a director and trustee of the HJS from January to June that year. During this period, the HJS even paid for Gove to visit Trump officials in the US.

I have repeatedly asked No 10, the Home Office, the Cabinet Office and the HJS itself about all this. No one wants to speak of it, perhaps because the relationship is far too revealing – and damning – to acknowledge.

The HJS – whose recommendations for restructuring the entire foreign affairs branch of Whitehall, dovetailing with Dominic Cummings’ ambitions to remake the civil service, were executed by the Prime Minister this summer – is not an independent think-tank.

Rather, having sifted through the IRS filings of the US non-profit vehicle the HJS uses to raise ‘dark money’ funds from anonymous American donors, I believe it is little more than a front for pro-Trump Republicans.

Two of the directors of the non-profit entity are Republican donors themselves, while one of them is employed by Republican mega-donor and Trump-backer Paul Singer. Of the IRS filings I examined from 2016 to 2018, during which it raised some $1.7 million, it is clear that the HJS receives a substantial portion of its funding from the very same foundations that have funded alt-right movements in the US.

These are among the same forces that helped propel Trump into the White House. So, ultimately, the upshot is that a vast swathe of Boris Johnson’s policies have in fact been shaped by a powerful, American, pro-Trump lobby.

No wonder, then, that Johnson and Raab, when first asked about Trump’s evidence-free claims of election “fraud” by the Biden campaign, refused to condemn his wild, baseless assertions.

Yet with Biden’s victory, there is hope that alt-right manipulation of trans-Atlantic politics is slowly grinding to a halt.

The end of the Trump regime signals the coming demise of its Anglo-American project: the fantasy of nationalist resurgence, white dominance and marginalised minorities. Yet, what we are witnessing is not the end as such, but merely the beginning of the end.

The Demise of the Demagogue

In many ways, the struggle has just begun. Trump’s 2016 victory exposed and validated proto-fascism. That trend won’t suddenly reverse now he has lost the 2020 election.

With lobbying fronts like HJS continuing to exert influence on Johnson and his Cabinet, the heart of Trumpism has been extracted from the White House, but its slowly diminishing body remains grotesquely animated through well-funded lobbyists.

With the end of the Trump regime, the ‘Alt Reich’ – a trans-Atlantic architecture of political, economic and cultural white nationalism that had been metastasising over the last four years – has suddenly found that its principal focal point of power and legitimacy has disappeared.

While Trump’s assault on the very backbone of democracy has been harrowing, it has also peeled away the emperor’s clothes. Trump is not a conservative, nor even a neoconservative. He is a demagogue who operated a programme of early-stage creeping fascism. But the playbook didn’t work.

Amidst Trump’s wails on Twitter to “STOP THE COUNT”, Biden won more votes than any American president in history, currently leading by more than 5 million votes, in an election which brought the highest voter turnout in over a century, and flipped several historically Republican states.

Biden Will Not Change BritainTrumpism Is Here to Stay

Trump has turned out to be a one hit wonder; the first president since the 1990s who failed to win a second term. As such, Trumpism has faced a resounding repudiation from a diverse American electorate. In this context, 2016 could be seen as the last hurrah of a dying order, steeped in extreme nationalism, dog-whistle racism and latent authoritarianism.

As the Trump era ends, this is a stark lesson for Boris Johnson’s regime, which – having been forged on the back of the Brexit campaign and propelled by pro-Trump dark money – is a product of the very same forces behind Trumpism.

But this is not the time to celebrate. The lessons for left are stark. Biden’s placid campaign borrowed heavily from more radical candidates to offer an attractive vision to the Democratic base. His party has a long way to go before it can truly claim to be a vibrant, grassroots movement.

It is also now clear that if Trump had won, he would have ushered in a new age of American fascism. As Trumpist ‘dark money’ has extended its tentacles across the Atlantic, traditional conservatism in both the US and Europe has both borrowed and absorbed, remoulded and concealed, a patchwork of anti-Semitic, racist, xenophobic, white nationalist, anti-immigrant, and extremist ideologies. Trump’s victory would have turbocharged these forces.

We are witnessing the beginning of the end for the trans-Atlantic Trumpocracy that nourished Johnson into power. Now progressives and conservatives need to work harder than ever, and together, to repair the damage that has been done; to restore checks and balances, to heal deep-seated polarisations, to create a positive, progressive vision capable of addressing the 21st Century’s biggest challenges – from the pandemic to climate change. And this task cannot wait. 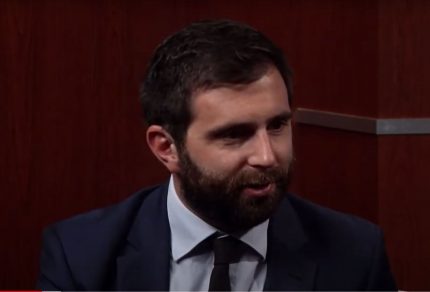 Nafeez Ahmed, 13 April 2021
Nafeez Ahmed reports on the alarm bells raised by the appointment of Robin Simcox as the Lead Commissioner on Countering Extremism 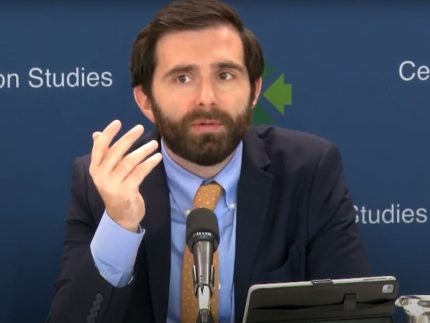