Voters are walking away from the Brexit cause in droves, argues Mike Buckley, just as the Prime Minister makes his final case for a dramatic rupture

Johnson has never understood is that for EU leaders the integrity of the single market is far more important than a dissatisfactory deal with the UK. They will accept ‘no deal’ as a price worth paying, all the more so since negotiations will inevitably resume at some point – with the same list of demands from the EU side. They are willing and able to play the long game.

Johnson’s empty threat is just the latest demonstration of his increasing irrelevance in EU circles. This week’s EU summit was the first time in months that European leaders have discussed Brexit. The pandemic and its health and economic implications are far more pressing matters. Brexit is unfortunate and a source of regret, but top of no one’s inbox.

Johnson’s irrelevance is matched only by his powerlessness. Since becoming Prime Minister he has mishandled the negotiations. For much of the year, Johnson has believed that he can fix relations later and in the meantime use bully-boy negotiating tactics to distract attention from his pandemic failures. That choice has failed on both counts. It has made getting a deal harder, with EU leaders becoming ever more frustrated by his cavalier attitude. From ditching the Political Declaration in February, to refusing an extension to negotiations in the Summer, to breaking international law with the Internal Market Bill in September, Johnson’s entire negotiating strategy was designed to anger and frustrate his partners.

He and his allies now stand incredulous at their refusal to bow to the British will. ‘Who do they think they are?’ is the prevailing attitude in Johnson’s administration. The retort obviously being that they are the elected leaders of 27 European countries fully signed up to the idea that they are stronger together than apart.

Johnson has been flirting with no deal for a while, and so he may be more concerned about the fact that his strategy has also backfired among the British public. Far from inflaming public anger against Brussels, it has instead created fear among voters already suffering the crippling impact of COVID-19.

Most Britons now think Brexit was a mistake, by a 49-36 margin in a recent survey. Brexit now features high on the list of public worries, regardless of how someone voted in 2016. In focus groups, Brexiters worry they have been sold a dud. ‘Don’t you think we’ve shot ourselves in the foot?’ asks one. They complain about the EU, but also want Britain to leave on good terms and co-operate with other countries.

The public can see the promises of Brexit unravelling, even before it really hits. Truck parks the size of airports are springing up across the country. The garden of England is becoming a car park, while Ministers proudly announce that the M20 will have enough portaloos to cope with demand on 1 January. Transport Secretary Grant Shapps had to admit that he would be powerless to facilitate the movement of planes between the UK and Europe in the event of no deal. The Government has spent £70 million on ferries to bring food into the country, again in the event of no deal. 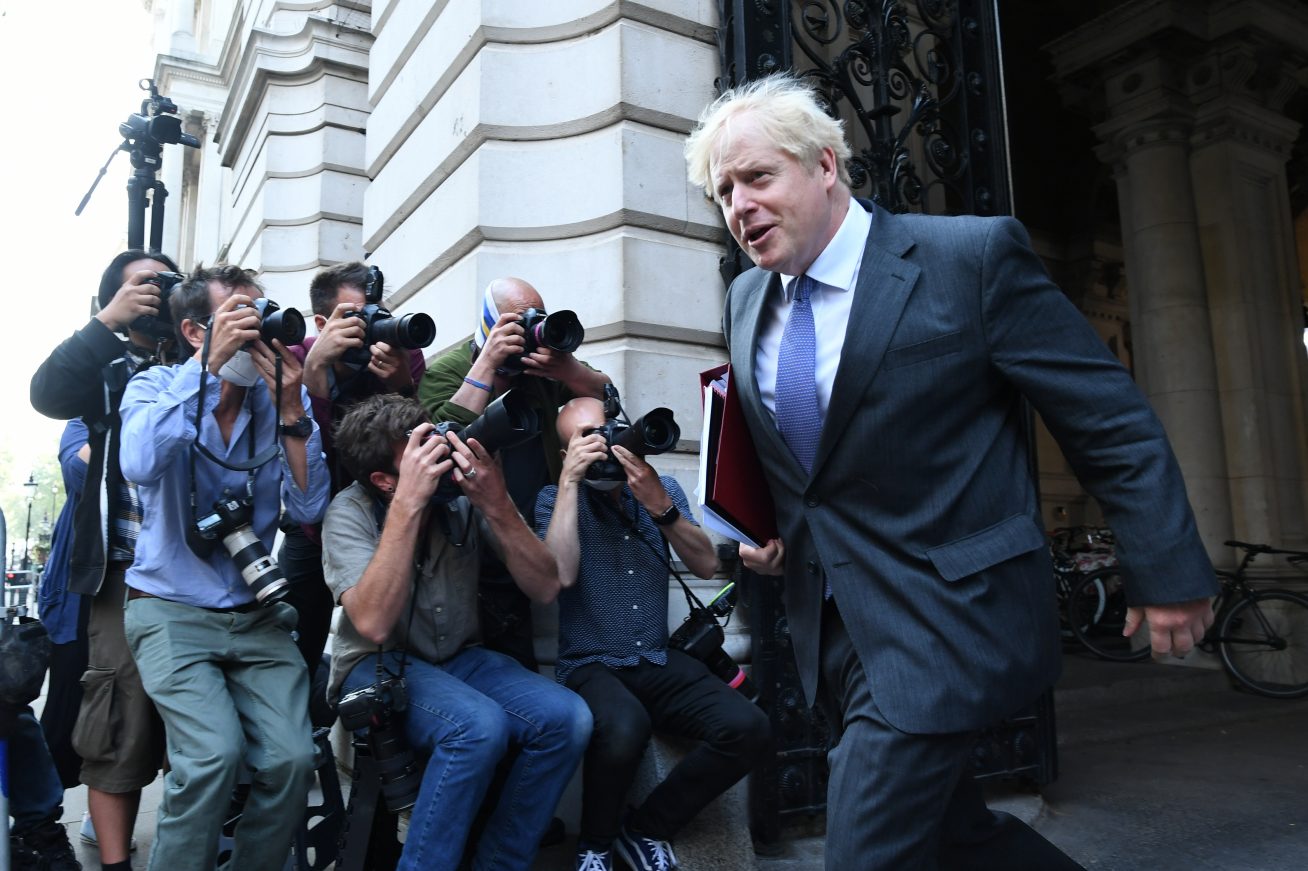 Boris Johnsonand the Politics of Perfidy

Voters know this is not the behaviour of a sensible country. As a result, most voters want a deal, including 90% of Red Wall voters. Failing them will harm the Prime Minister’s standing, especially since the economic harm of no deal would arrive in the midst of a pandemic.

The smart money is on Johnson capitulating within the month, perhaps with the help of a partial EU climbdown on fishing rights if the UK moves sufficiently on state aid. Even this partial success will have left the UK poorer, diminished; powerless in Europe and beyond.

Johnson is a rotten Prime Minister, of that there is no doubt. But Britain’s problems go far deeper. One politician in a healthy democracy should not wield the power he wields. The UK’s future relationship with its most important trading and security partner is being determined by one man in a matter of weeks. This is government by autocrat, not a functioning democracy.

Once the dust has settled, and a new and better government is picking up the pieces, it must not only restore economic, political and security ties with Europe, it must act to ensure that no prime minister can ever inflict so much damage on the country again.

The relationship between Parliament, Cabinet, the courts, and devolved and regional governments must be reformed so that decisions of such magnitude take time and command majority support not just on a single day but over time.

Johnson and Brexit are symptoms. When the time comes it must be ensured that the next, better, government deals with the cause.