After two weeks of conflict in Nagorno-Karabakh, artillery exchanges are continuing between Azerbaijani and Armenian forces, despite the two sides recently reaching a ceasefire agreement.

In reality, the truce was never implemented – something that could be interpreted as a humiliation for Russia and its leader Vladimir Putin, who initiated the ceasefire talks.

Last week in Moscow, the Azerbaijani and Armenian Foreign Ministers Jeyhun Bayramov and Zohrab Mnatsakanyan discussed the cessation of hostilities for more than 10 hours. They reportedly announced “a humanitarian ceasefire” which looked very similar to the failed truce deals that Russia and Ukraine negotiated over the war in the Donbass a few years earlier.

On the ground in Donbass, there are no military offensives, yet shelling and sporadic firing never stopped. The Kremlin likely intended to implement the same scenario in Nagorno-Karabakh – a mountainous patch of land that is internationally recognised as part of Azerbaijan, but de facto controlled by ethnic Armenians who refer to the territory as the Republic of Artsakh.

However, the Azerbaijani armed forces kept shelling Stepanakert, the capital of Nagorno-Karabakh, while the Artsakh Defense Army responded by firing missiles on Azerbaijan’s second largest city, Ganja. At the same time, Armenian and Azerbaijani officials reaffirmed their commitment to the ceasefire, even though their actions betrayed their words. 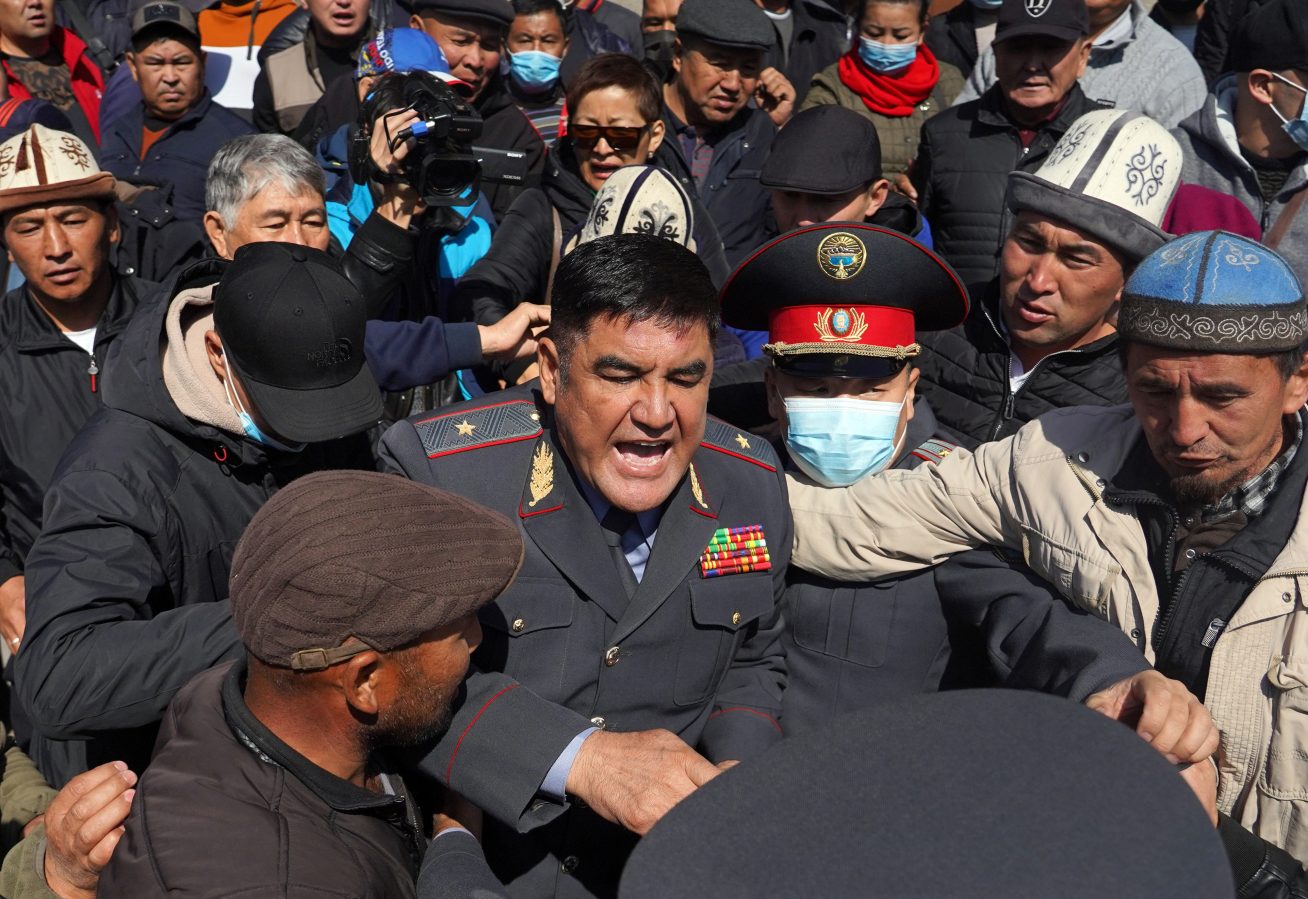 In the southern section of the conflict the hostilities are very intense, with Azeri forces attempting to capture the key town of Hadrut. So far, the Armenians have managed to repel their attacks, but in the long-term they may lose the strategically important settlement. From a purely military perspective, the Azerbaijani armed forces are superior to both Artsakh Defense Army and the regular Armenian army.

Since 2016, Azerbaijan has modernised its army and bought advanced Turkish drones, which have proved to be an absolutely essential weapon in modern warfare. Unlike Baku, Armenia seemed to rely on foreign assistance, seemingly guaranteed by Russia through the Collective Security Treaty Organisation (CSTO).

This agreement, in theory compelling Russia to defend its ally if it comes under attack, is the main reason why Azerbaijan is still hesitating from targeting Armenian cities. However, given that Russia is trying to maintain good relations with both countries, it seems improbable that Putin would get involved if Baku retaliated against Armenia’s shelling of cities in Azerbaijan. In other words, for the Kremlin, it seems to be very important who started it first.

Turkey, on the other hand, is openly arming and supporting Azerbaijan. There are reports that around 2,300 Turkey-sponsored Syrian fighters are on their way to the Caspian country. If this is true, the ceasefire is very unlikely to be implemented.

Instead, the bloodshed will continue. Turkey will keep providing its ally with new cannon fodder, while Armenia will be forced to quickly modernise its armed forces and provide sophisticated weapons to Nagorno-Karabakh fighters.

In the meantime, given that Russia’s position is unclear, Azerbaijan could see a strategic benefit in testing Putin’s resolve – shelling small villages and towns to see if Putin will stand behind his CSTO responsibilities.

This would be a big test for Russia, forcing its leaders to make a decision whether to protect its ally, or maintain its status as regional arbiter. So far, Putin’s attempts at dampening the conflict have been unsuccessful, potentially forcing him to forge a deal directly with Turkey on the future of Nagorno-Karabakh. At this stage, though, nothing is certain.