The Centre for Data Ethics and Innovation (CDEI) has compiled a list of the tech and data experiments taking place in the UK and abroad to address the COVID-19 crisis.

A number of these mention Palantir, a CIA-backed American firm, the owner of which has been a vocal supporter of Donald Trump – even donating to his 2016 election campaign.

The CDEI report confirms that Palantir has been employed by the Government to build a platform that will track the “supply and demand” of staff and assets across the NHS. The project is currently under construction with NHSX – the digital arm of the health service – and is yet to be launched.

Technology developed by Palantir during the early months of the pandemic is also set to be deployed by local NHS services, according to the CDEI – an independent advisory body to the Government.

The report states that a forecasting platform constructed and operated by Palantir and Faculty AI is “to be made available to local NHS organisations”. This tool compiles health data to predict local Coronavirus spikes, allowing health services to plan capacity for both COVID-19 patients and routine care.

Indeed this seems to be a concerted trend, with much of Palantir’s technology now being extended to local services. A new contract published by the Government reveals that NHS Arden and Greater East Midlands will be integrating Palantir’s ‘Foundry’ data management platform for a trial period of up to six months.

The trial will cost between £1 million and £1.5 million, with a separate procurement process to be carried out if it is successful.

According to the tender document, Palantir has created a “COVID-19 Data Store” that it calls a “single source of truth” for the Coronavirus pandemic.

Palantir promises NHS Arden that it will integrate data on the supply of critical health equipment, including personal protective equipment (PPE), as well as a system to enable more effective planning between national, regional and local decision-makers. 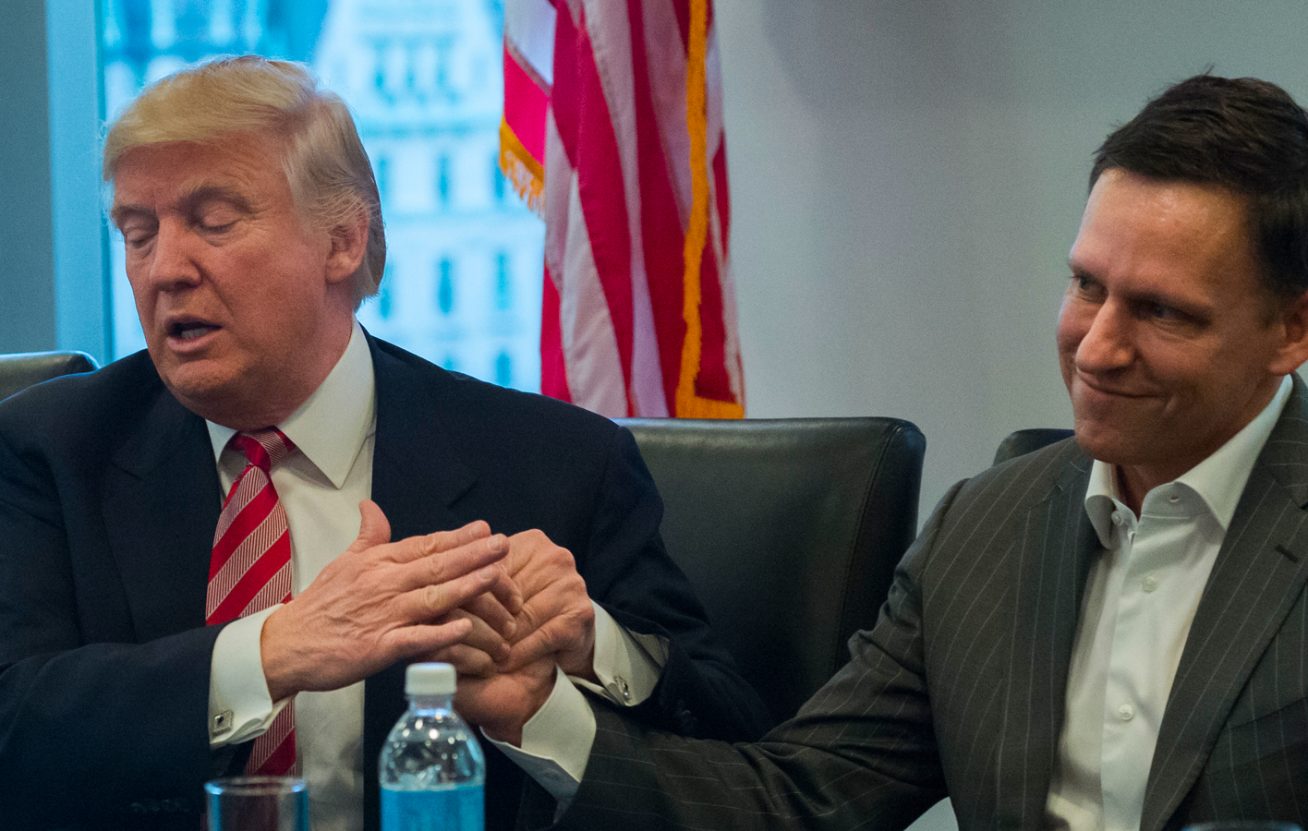 This reflects Palantir’s general approach towards the public sector: seeking to be the default supplier of data services for governments across the world.

For example, the company last month floated on the New York Stock Exchange and was required to draw up an appraisal of its business.

“The systemic failures of government institutions to provide for the public – fractured healthcare systems, erosions of data privacy, strained criminal justice systems, and outmoded ways of fighting wars – will continue to require both the public and private sectors to transform themselves,” the document reads. “We believe that the underperformance and loss of legitimacy of many of these institutions will only increase the speed with which they are required to change.”

It also states that Palantir aspires to be “the default operating system for data across the US Government”, while pursuing a “significant expansion” of work with other governments.

Palantir’s government work has not been without its controversies, however. One element of its US federal contracts – worth $1.5 billion – involves working with Immigration and Customs Enforcement (ICE) to help officials to identify and deport undocumented immigrants. Palantir’s system collates data from multiple federal and private law enforcement agencies, each of which might have fragments of data on these individuals.

“The tools that Palantir customises for ICE have helped turbocharge the Trump administration’s crackdown on immigrants,” Forbes reported in January.

Palantir co-founder Peter Thiel delivered a speech at the Republican Party National Convention in 2016, when Trump accepted its nomination for President, and later donated to his campaign. Now – coincidentally or not – Thiel’s firm has benefitted from a splurge of US Government contracts, not least a 2018 army intelligence contract worth $800 million.

Boris Johnson’s administration is now seemingly jumping on the bandwagon.

Accompanying Palantir at the top of the Government’s list of COVID-contractors is Faculty AI.

According to the CDEI report, Faculty has gone beyond its role as a COVID-forecaster and is now “supporting the development and execution of the data response strategy”.

The influence of the firm extends to the heart of Government, the report states. Faculty is “developing dashboards, models and simulations to provide key central Government decision-makers with a deeper level of information about the current and future Coronavirus situation to help inform the response,” the CDEI says.

Johnson’s Downing Street advisors recently re-housed to 70 Whitehall alongside their Cabinet Office colleagues, creating a “mission control” centre of Government. The main office room is reportedly flanked with plasma screens, filtering live-data on the pandemic – data that is being provided by big tech companies. Judging by the language of the CDEI report, it would be very surprising if Faculty wasn’t one of those providers.

In an additional irony, the leaked seating plan revealed that Downing Street supremo Dominic Cummings is stationed next to Ben Warner, a data scientist whose brother Marc is CEO and founder of Faculty. Ben also used to work for the company. 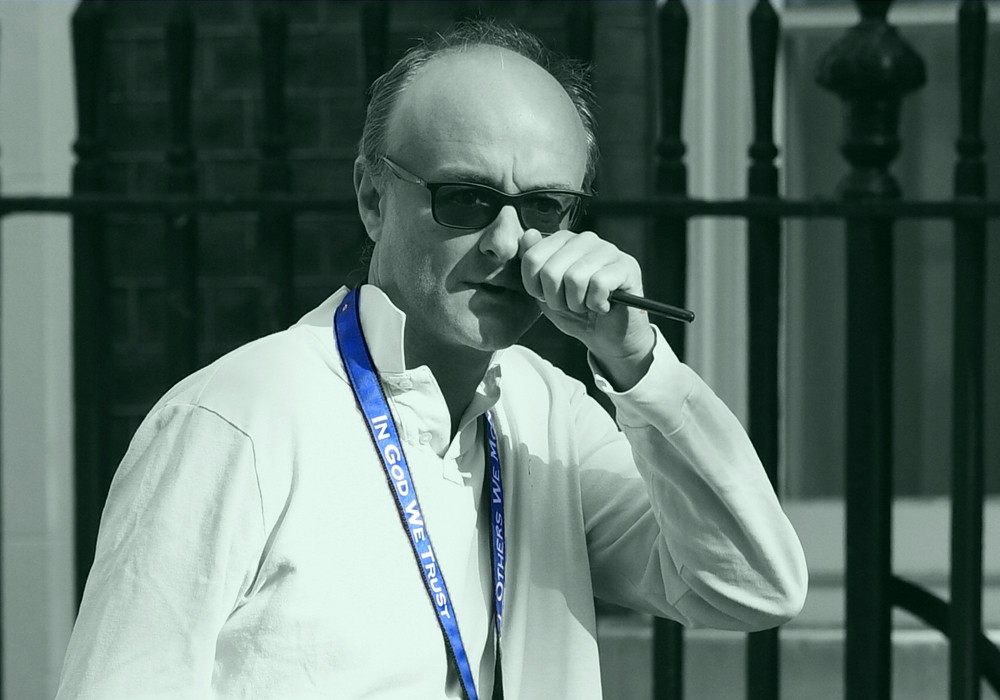 IN GOD WE TRUST.ALL OTHERS WE MONITOR.The Mystery of Dominic Cummings’ Lanyard

The Warner brothers have been longstanding allies of Cummings, having worked for Johnson’s right-hand-man during the 2016 EU Referendum. ASI Science, the forerunner to Faculty, worked on the Vote Leave data campaign, under the direction of Cummings.

Whereas Faculty was once embedded in a campaign accused of spreading falsehoods, the tech firm is now being promoted by the Government as an “online safety” provider with a specialism in countering disinformation.

According to the CDEI, Faculty is also working on a centralised UK chest imaging database – combining X-Ray, MRI and CT scans from hospital patients “across the country” – with the ultimate goal of better understanding COVID-19. The database is currently being finalised, the report says.

The Government has shipped out contracts worth billions of pounds to private sector companies during the Coronavirus pandemic. From the Test and Trace system, to the supply of PPE, private firms have been called on to deliver key public services at a time of national emergency.

The question is: has it worked? Or, perhaps more aptly: how badly has it failed?