Stephen Colegrave talks to co-founder of the Writer’s Rebel group, Jessica Townsend, about their shifting strategy and where XR is heading next

Jessica Townsend joined Extinction Rebellion (XR) early on and was present at the declaration and the first rebellion. Originally, she didn’t intend to become an environmental activist but was writing her first novel after a career in screenwriting. Her book is set in 2030 and, as part of her research, she looked into climate change. She was so dismayed at what she discovered she decided to join XR.

Although, in its first two years, Extinction Rebellion has put climate change on everyone’s agenda with many local councils and other organisations declaring a climate emergency, tangible action by local and central Government has been disappointing. As the nation shrugs off the COVID-19 lockdown and as transport and consumption returns, any benefit to the climate is likely to be very transitory.

This has led Extinction Rebellion to evolve its tactics. They realised that to tackle the protagonists of climate denial and suppression directly. “We had to chunk climate change denial up and find out how it ticked”, Townsend told Byline Times. “XR needed to be smarter and to target the organisations that were promulgating and funding climate change denial.”

Last week’s Writers’ Rebel event at Tufton Street, the home of a number of lobbying companies linked with climate change scepticism, was the part of this new approach. This continued over the weekend with XR’s action to stop the distribution of many mainstream newspapers they accuse of playing down climate change by blockading the print works.

This administration is so strongly linked with Tufton Street, that it is subsidising a compliant and untruthful press and is funded by big business and hedge funds

These actions are very different from the earlier strategy, which was to help people go on their own personal journey of grief about climate extinction and build up 3.5% of the population needed to bring about change. This is still an important part of the individual activists’ experience but the targeting of what XR consider to be the agents of climate change and denial is a potent new direction.

Before they came up with the Writer’s Rebel, Jessica and her fellow writers looked at literature, drama, television and films for the portrayal or mention of climate extinction and were surprised how little existed. It made them question why so little was being commissioned. Too few people understood the organisations and vested interests that didn’t want this to be covered. This led them to plan the Writers’ Rebellion at 55 Tufton Street with Juliet Stevenson, Zadie Smith, George Monbiot, Carmen Callil and Mark Rylance.

“We wanted to bring together the best writers and journalists, outside this building that houses some of the most active far-right groups that were astroturfing climate scepticism,” explained Townend. “We gave each a detailed briefing pack with information about the activities and people of each Tufton Street tenant. To shine a light on what was going on behind that impressive front door.” 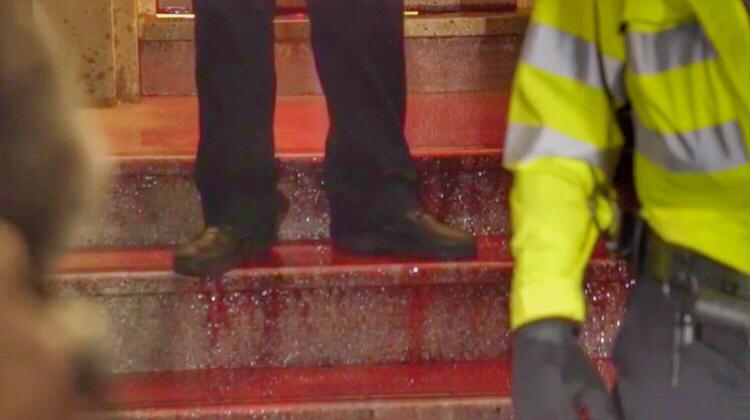 Why I Was Willing to be Arrested, Protesting Against Tufton Street Climate Deniers

The event was a great success in highlighting the power of the climate denial lobby and other shadowy organisations that suppress the truth about climate extinction. As one of four people arrested, Jessica was pleased to see that the words “Lies, Lies, Economics and Lies” were sprayed on the entrance to 55 Tufton Street, when she was released.

Last Friday, the rebellion moved on to the News International Newspapers printers and those of other papers that XR see as spreading climate change denial. “Murdoch is the ultimate Climate Change Denier,” Townend told Byline Times, using his vast platform and political influence to sow confusion about the climate science ensure that governments stay on side.

The next target will be the economic system – Money Rebellion – with its sights on the kind of ‘disaster capitalism’ that is determined to keep us in a high carbon economy for its own personal benefits.

“These three aspects of the Rebellion strike at the heart of climate denial and aggressive planet-destroying economics,” says Townsend. “This administration is so strongly linked with Tufton Street, that it is subsidising a compliant and untruthful press and is funded by big business and hedge funds”. 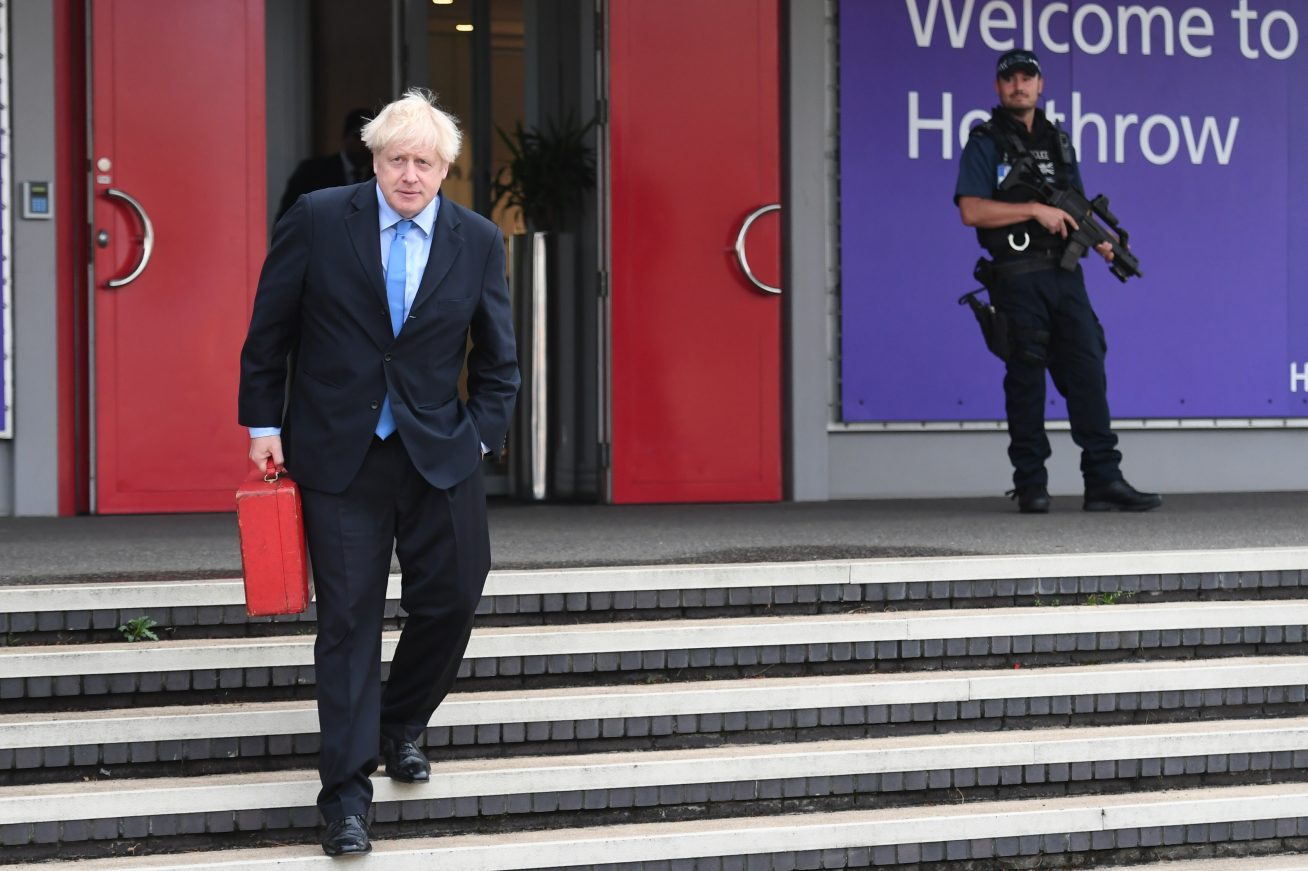 Certainly, Extinction Rebellion seems to be rattling the establishment. After the print works blockade, the Prime Minister Boris Johnson had to jump to the defence of the ‘free press” and even the Labour leader Keir Starmed eventually condemned their actions.

Some commentators even characterised them as “terrorists” showing they had touched a nerve. But the Writers Rebel event has drawn the many people’s attention to 55 Tufton Street for the first time, and the blockage encourage discussion of the role of newspapers in climate change denial.

The Money Rebellion is likely to take this even further by encouraging people to make a symbolic withholding of a small amount of their income tax and targeting bank debt, from banks that are funding destructive carbon emitters.

We know that the Government has suppressed information on climate change in the past. The former Chief Scientist, David King has admitted that in 2015, the Government did not publicise his report ‘Climate Change: A Risk Assessment’ that showed potential temperature increases of up to 10% and this Government is even less likely to want to talk about global warming and climate extinction.

Jessica Towsend is determined to finish her novel – The Extinction Diaries. Although it doesn’t pull any punches on the dangers of climate extinction, it does have a hopeful ending.

For those who have dismissed Extinction Rebellion as ineffective, this new direction and smart targeting of the protagonists of climate denial and complicity with the fossil fuel lobby may mean they have to change their minds, and lead to a more hopeful ending too.