While the Labour Party are mired in allegations of anti-Semitism, Henry Dyer reports on how Boris Johnson’s Conservative Party seems to be faring no better

The Conservative Party is “unserious about the three anti-Semitism investigations” it announced into candidates who stood during the 2019 General Election campaign, the Campaign Against Anti-Semitism has said.

None of the candidates were suspended pending the outcome of the investigations.

During the election campaign, Prime Minister Boris Johnson apologised for the “hurt and offence” caused by Islamophobia within the party and issued a hardline approach, saying that “obviously whenever we have an incident of anti-Semitism or Islamophobia or whatever in the Conservative Party, we take a zero-tolerance approach…. We have a ‘one bounce and we deal with it’ approach to this”.

But after more than eight months later, the party is yet to formally announce the outcome of any of its investigations.

The initial investigation into Sally-Ann Hart came after the successor to the former Home Secretary Amber Rudd’s constituency shared a video with an image that implied that George Soros, the Jewish billionaire philanthropist, controlled the EU. Hart also ‘liked’ a comment under the video saying “Ein Reich” – a Nazi slogan.

The investigation into Lee Anderson began after it emerged that he was an active member of a Facebook group called ‘Ashfield Backs Boris’, on which conspiracy theories about Soros were promoted.

An inquiry into Richard Short started after it was revealed that, posting on Twitter in 2013, he had questioned the “allegiance” of journalist Melanie Phillips to the UK, agreeing with another Twitter user that “her allegiance is greater to Israel”. He added: “She almost has to declare an interest.” Short apologised for his comments, which the Campaign Against Anti-Semitism described as anti-Semitic slurs, calling for the party to take immediate action.

Earlier this month, in an interview with Channel 4 News‘ Krishnan Guru-Murthy, Hart suggested that the investigation into the allegations against her had been concluded.

“Those posts – the accusations were made in the last week of an election campaign – a panel hearing has been heard,” she said. “I’ve attended social media training. And I’ve not been found to be anti-Semitic, Islamophobic, or anything else.”

When asked if the posts were a mistake, Hart said: “They were posts that I did three years ago. And I’m not here to answer those questions. I was asked to answer questions on illegal immigration. So I’m not answering anymore. I’ve answered your question.”

Byline Times understands that the inquiry into Short is still ongoing and, although an investigation into Anderson has apparently concluded, the report has yet to be made available. The report into the allegations against Hart has also not been released.

Commenting on the failure of the party to announce the conclusion and outcome of the investigations, a spokesperson for the Campaign Against Anti-Semitism told Byline Times that “it is becoming clear that the party is unserious” about them.

“These were investigations that the party reassuringly announced at the end of last year, in some cases before the allegations were even known to the public,” they said. “But there is no justification for these investigations to have taken eight months with still no end in sight… by delaying for so long the party risks making its poor procedures, rather than the allegations themselves, the real story”. 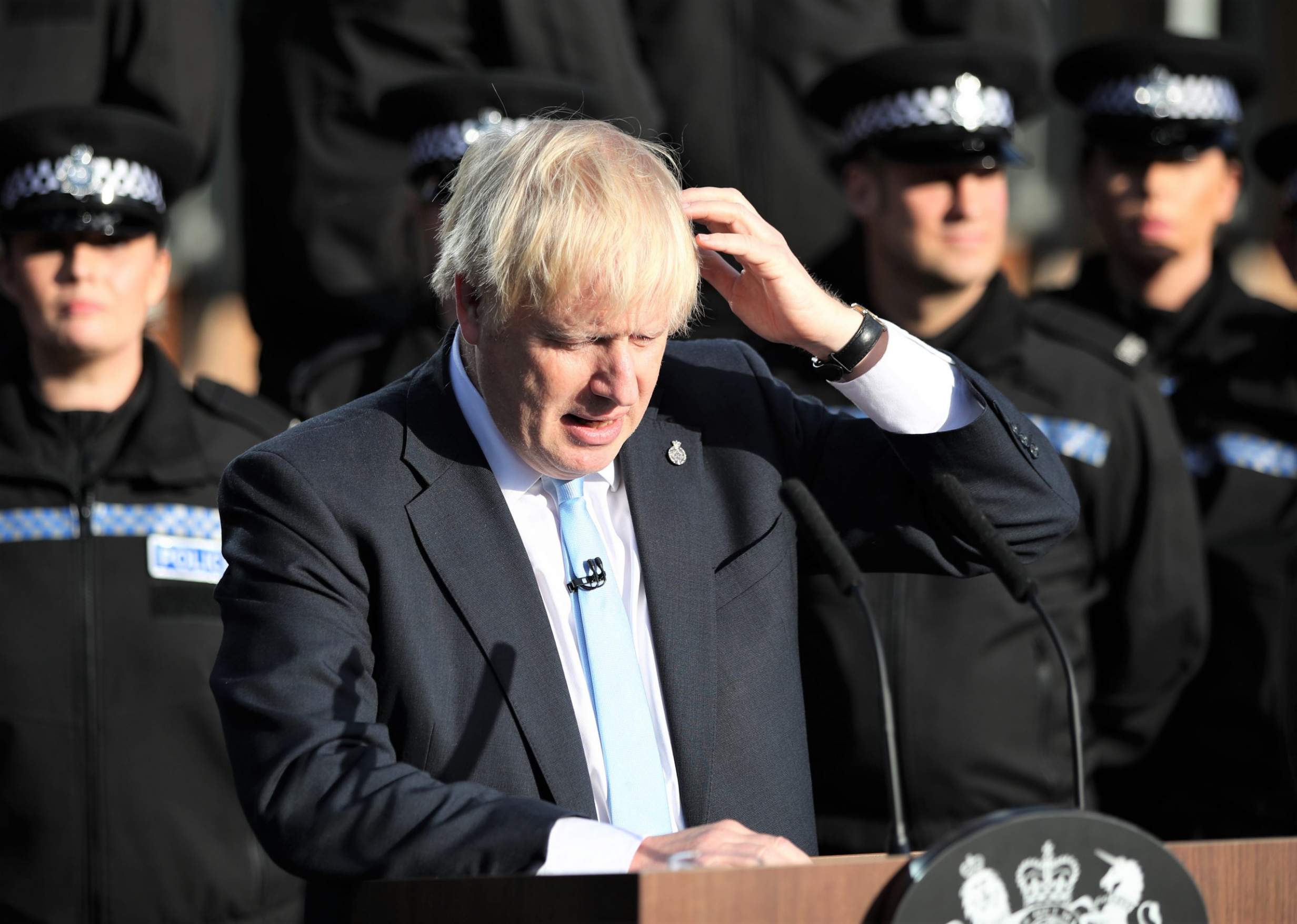 The Jewish Chronicle reported last month that the Board of Deputies – the oldest communal Jewish organisation in the UK – would be meeting Conservative Party chairman Amanda Milling MP at the end of July.

The outcome of that meeting is unknown, but it followed an earlier meeting, reported in the Jewish Chronicle, held in April between the Board of Deputies and the Conservative Party, in which the board discussed issues “including claims of anti-Semitism against some of the party’s MPs”.

Conservatives often criticise the Labour Party for allegations of anti-Semitism within its ranks. It seems that Boris Johnson’s party similarly needs to get its house in order, on this front.

Byline Times approached the Conservatives, Sally-Ann Hart and Lee Anderson for comment, but they had not responded at the time of publication.