The Body in the BathThe Russian Connections to the Strange, Unexplained Death of a British Spy

With Parliament’s Russia Report exposing Putin’s covert operations in the UK, Iggy Ostantin looks at new Kremlin connections to the MI6 money-laundering expert found dead in his Pimlico flat in 2010

“Kill them in the toilet”– “mochit v sortire”: Vladimir Putin’s most famous quote was made during a conference in Kazakhstan’s capital, Astana, in 1999.  Asked a question about his counter-terrorism strategy, he snapped: “we will chase terrorists everywhere. If in an airport, then in the airport. So if we find them in the toilet, excuse me, we’ll kill them in the toilet. And that’s it, case closed.”

The phrase “mochit v sortire”  has become legendary in Russia, and even has its own Wikipedia page. Translated literally, the Russian prison slang “mochit” means to “wet” or to “soak” and “sortire” is a colloquialism for “restroom” or “toilet” originating from the French expression “je dois sortir”. Author Vladimir Bukovsky, who survived the Soviet Gulag, suggested “mochit v sortire” originated from the practice of killing informants.

Ten years ago, the British spy Gareth Williams was found dead in the bathroom of a Pimlico apartment. His naked body was discovered in the foetal position inside a red North Face holdall, which was padlocked from the outside. Two keys to the padlock were under the spy’s body.

The bag itself was in the empty bathtub, where it was undisturbed for one week in August 2010, with the heating turned up. One of Williams’ iPhones was factory-reset shortly before the estimated time of his death. Even though Williams’ DNA and fingerprints were not present on the padlock, the bag’s zipper or the edges of the bath, the Metropolitan police concluded his death was probably an accident. Unsurprisingly, many questions remain.

At the time of his death, Williams was working in London on placement with MI6, the UK’s secret intelligence service. In 2017, Buzzfeed News established that Williams’ work involved looking into money-laundering methods of Russian organised crime groups. Buzzfeed News also established the contents of a classified report on Russian assassinations produced by the US Office for the Department of National Intelligence, which listed Williams’ death as one of 14 suspicious deaths linked to Russia. Buzzfeed reported: “intelligence coming in from US sources and listening posts suggested Williams was the victim of another Russian hit on British soil.”

No new findings in this story have emerged – until now. The following investigation was compiled after reviewing countless pages of financial records, newspaper archives and social media posts.

The Russian Connection and Raffles Energy

Byline Times can now reveal that in the last year of his life, Gareth Williams became close friends with a woman who during that time, co-founded a small oil company registered in Singapore called Raffles Energy.

Records show Raffles Energy is owned by Alijan Ibragimov and his son Furkhat. Alijan Ibragimov is one of the three billionaire owners of natural resources giant ENRC, which is currently being investigated in the UK for fraud and corruption. ENRC denies any wrongdoing. One of Alijan Ibragimov’s partners at ENRC serves on the board of a Government organisation with Russia’s Minister of Foreign Affairs, Sergei Lavrov.

During the 2012 inquest into the mysterious death, the coroner heard from a young American woman named Missa Elizabeth Guthrie. In the last year of his life, Gareth Williams developed a close friendship with Guthrie. In evidence she gave to the coroner’s court, Guthrie said she knew Williams was a spy and confirmed that he would sometimes use another name. Guthrie, who has since been married and is named Elizabeth Guthrie-Mueller, turned down a request from Byline Times to discuss her friendship with Gareth Williams.

There is no suggestion that Guthrie-Mueller or other individuals named in this article had any connection to Williams’ death. But it appears the police did not adequately explore the risk that his identity and details of his work might have ended up in the wrong hands. 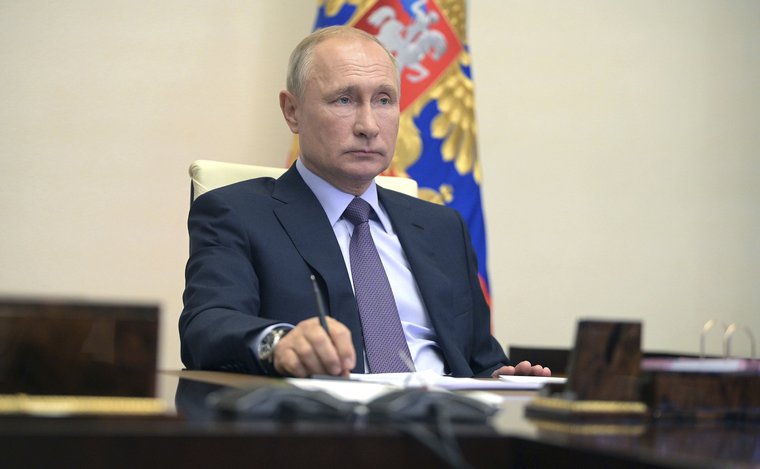 Why Would Russia Want to Interfere In British Politics?

Guthrie’s LinkedIn profile states that from August 2009 to July 2013, she was with Raffles Energy, listing her role as ‘Cofounder, Business Development & Partnerships’.

In December 2010, the Singapore-registered Raffles Energy appointed Lord Anthony Tudor St John, a hereditary peer in the House of Lords, and Sir Anthony Russell Brenton as directors. The latter is also better known as Sir Tony Brenton, Britain’s ambassador to Russia between 2004 and 2008. Just months after the Russian state’s assassination of Alexander Litvinenko, an ex-KGB officer who then worked MI6 and was a fierce critic of Vladimir Putin, Brenton appeared to downplay the significance of the killing.

Even though Litvinenko was poisoned with radioactive polonium in central London, putting an untold number of Britons at risk, Brenton said in July 2007 “we do not expect our disappointment with the Russian authorities about the Litvinenko case to affect the economic sphere… Indeed, we expect British-Russian economic ties to continue to grow”.

In 2009, Sir Tony Brenton became a board member of the Russo-British Chamber of Commerce. According to its website the organisation’s mission is “to promote and develop economic relations, investment and trade between the United Kingdom and the Russian Federation.” After Russia’s annexation of Crimea and the downing of MH17, the former ambassador wrote a letter to the Financial Times in November 2014 calling sanctions on Russia no better than “a failed drone strike”.

After the 2018 nerve agent attack in Salisbury, the former ambassador was asked by the BBC about 14 deaths in the UK believed to be Russia-linked, including the death of Gareth Williams. Again, Sir Tony Brenton seemed to play down these allegations: “British police are under no sort of political pressure whatsoever… If they had found evidence of Russian involvement in those cases, we would have followed it up”.

The Energy Company with Kremlin Connections

Alijan Ibragimov is one of the three founders of Eurasian Natural Resources Corporation (ENRC). Ibragimov and his associates Alexander Machkevich and Patokh Chodiev forged a partnership in Moscow in the early 1990s. The first two men, both born in Kyrgyzstan, came from humble backgrounds; Mashkevich was an academic and Ibragimov worked in industrial plants.

Patokh Chodiev’s background remains more controversial. He studied at MGIMO, the Moscow university that is reported to be a stepping stone to a career in intelligence or diplomacy. He found himself posted to Japan, working for the Soviet Ministry of Trade. He has faced persistent questions of links to the KGB, which he denies.

Chodiev is also on the board of the Gorchakov Fund, which is named in a US Senate report as part of a network of Russian Government organisations that “carry out a number of functions, from disseminating pro-Kremlin views to seeking to influence elections abroad.” Russia’s Minister of Foreign affairs Sergei Lavrov serves on its board together with Chodiev. 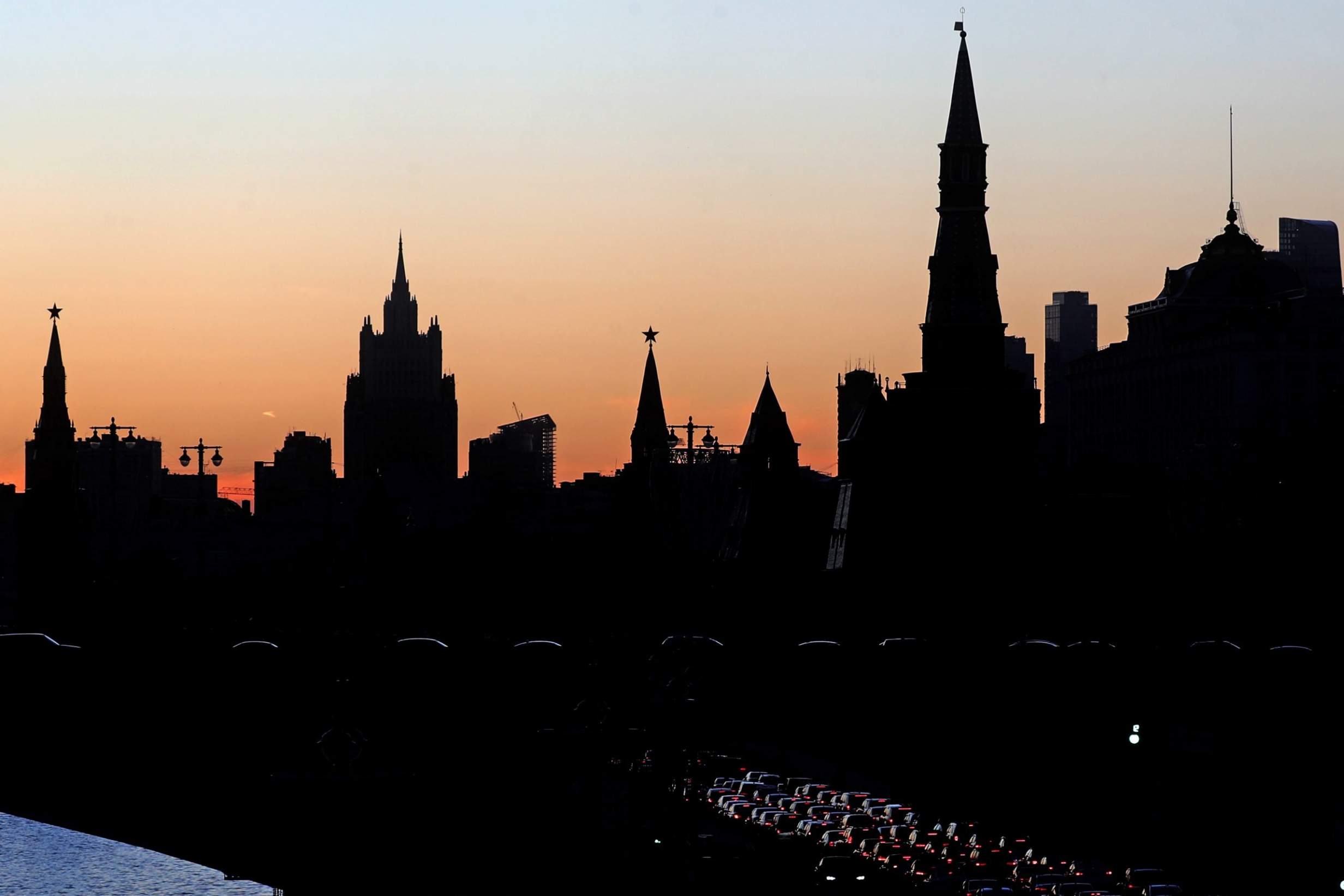 Kompromised How Britain’s Political Parties Responded to the Russia Report

Despite the success of the ENRC business empire, its activities and the practices of its founders have not gone unquestioned. ENRC ran into trouble in the UK where it fell out of the FTSE 100 in 2013 and went private after allegations of fraud and corruption. The company has been investigated by the UK’s Serious Fraud Office for the past seven years, examining allegations that ENRC gave bribes to secure important mining operations in the Democratic Republic of Congo. The group denies all the allegations against it and is currently suing the UK Serious Fraud Office for £70m for alleged wrongdoing in the way it conducted its investigation. No one has been charged except the daughter of one of the founders, Anna Machkevitch, who was found guilty of withholding evidence in the case.

These Russian connections appear not to have been discussed during the inquest into the death of Gareth Williams. One MI6 officer who appeared in court behind a screen, insisted “all staff friendships with citizens of risky foreign countries are vetted”. The Metropolitan Police also concluded that there was no evidence that Gareth Williams’ death was connected to his work.

There are several other unresolved issues with the investigation in Williams’ death. It has taken years for the police to establish the identity of the “Mediterranean couple” who asked to be buzzed into the communal hall of 36 Alderney Street in June or July 2010. Detective Chief Inspector Jackie Sebire told the press in December 2010 “they intimated that they had a key to the flat and it was suggested that they had been given the key by a man called Pier Paolo”.

Between September 6 2010 and March 30 2012, the Metropolitan police publicised an e-fit of a man and a woman in their 20s, but eventually announced these individuals were irrelevant to their investigation. Byline Times was able to speak to “Pier Paolo”, now resident in Italy, who was living on Alderney Street at the time. He said he was contacted by police a few years after the death of Gareth Williams. He was happy to answer their questions, and officers flew to Italy and took a DNA sample.

The Met police determined the “Mediterranean couple” were two of “Pier Paolo’s” friends, who rang the wrong door when looking for a party he hosted in summer 2010. Why it had taken years for the police to find the man in question is difficult to explain, especially because he confirmed the police first called on his door soon after the body of Williams was discovered.

In May 2012, Dr Fiona Wilcox: the coroner into the death of Williams determined that there was not enough evidence for the verdict that he was “unlawfully killed.” She also said it was unlikely his death would ever be explained. In a speech a few months later at the Isle of Man Law Society, Dr Wilcox said:

“The over-riding purpose of the Coroner’s Inquest is to try and identify factors which led to a death which can be corrected and help prevent such a death occurring again. In other words the prevention of unnecessary deaths. Its other purpose, which was demonstrated in the Diana Inquest and perhaps the inquest into Gareth Williams, is to try and quell suspicion and allay public concern about the circumstances of the death.”

As we have seen, neither the inquest nor the police investigation managed to “quell suspicion or allay public concern” in the case of Gareth Williams.

Boris Johnson and the Lebedevs: A Funny Peculiar Friendship

John Sweeney, 21 October 2021
John Sweeney assesses the relationship between the British Prime Minister and the newspaper baron Lord Lebedev, in the light of an Italian intelligence report about his father