We have won votes and the trust of people who have never voted Conservative before. Those people want change. We cannot, must not, must not let them down.

These were Boris Johnson’s words the morning after the 2019 General Election. He was referring to ‘Red Wall’ voters – people in industrial heartlands, formerly Labour supporters, who plumped for the Conservatives in the belief that Johnson would “Get Brexit Done”.

In the succeeding nine months, the Prime Minister has made “levelling up” these areas a core rhetorical tool of his administration. The Tory leader has promised that people in the Midlands and the North will no longer be treated as second-class citizens; no longer consigned to merely scoop up the economic spoils of London and the South-East.

But a rhetorical device is all it has been. While Johnson has deployed his usual floral language to promise a new age of prosperity and parity for the Midlands and the North, his actions have compounded the decades of inequality that he pledged to address.

As reported by Byline Times earlier this month, ‘Red Wall’ constituencies have been disproportionately hit by the Coronavirus. Fifteen of the 20 worst hit areas, in terms of deaths per 100,000 population, are in Britain’s rust belt. Caught blindsided by a disease that spent weeks ravaging Europe before reaching our shores, Johnson’s Government has saddled the UK with the highest number of excess deaths of anywhere in Europe, in the first half of this year.

The North has disproportionately carried the weight of this national disaster.

The scale of Government antipathy towards the ‘Red Wall’ loomed into full view yesterday, when it rolled out a series of new lockdown measures across the blighted region.

At this point I would attempt to explain the details of the announcement, but that would involve some semblance of clarity from the Government. The measures, that will be applied to Greater Manchester, east Lancashire and parts of West Yorkshire, are perhaps best summarised by this tweet: “Basically you can’t see anyone inside unless there’s a card reader present for you to spend money.”

Instead of delivering a clear, detailed, logical plan for the reintroduction of lockdown in the North, the Government has delivered a case study of how not to communicate with the public.

Popping up on Twitter at 9:15 pm last night, Health and Social Care Secretary Matt Hancock announced the reimposition of restrictions. It then took a full two hours for the Government to release the details of the lockdown – published at 11:30 pm, just half an hour before the measures came into effect.

Hancock and Johnson might be shocked to hear this, but people do not hang on their each and every word. Voters do not assiduously follow Hancock’s Twitter feed, waiting for his latest self-impressed proclamation.

Waking up this morning, millions of people will have been totally unaware that they are being governed by new, legally-binding rules. Elsewhere, among those who managed to read the news, a state of confusion took hold. Even councils were unsure of how to react, with Kirklees tweeting that it was seeking “clarity” from the Government.

This begs the question: would Hancock and Johnson have taken more care about announcing the reimposition of lockdown measures, had they been needed in London and the South?

Johnson’s veneration of the capital, and the vast concentration of power in the South-East, suggests that they would.

There are rumours that Johnson wants to host next year’s G7 Summit in a ‘Red Wall’ seat, to prove his commitment to the region. This sort of vanity gesture epitomises the Prime Minister’s empty slogan strategy. Johnson says he wants to rectify regional inequality, yet he has allowed a deadly virus to fester in the very areas that he claims to champion.

Once again, the North is at the back of the queue; an afterthought in Government policy. Johnson’s administration needs to understand that the North isn’t just a place to escape to when you need some free childcare – and that it is taking another risk in continuing to neglect it. 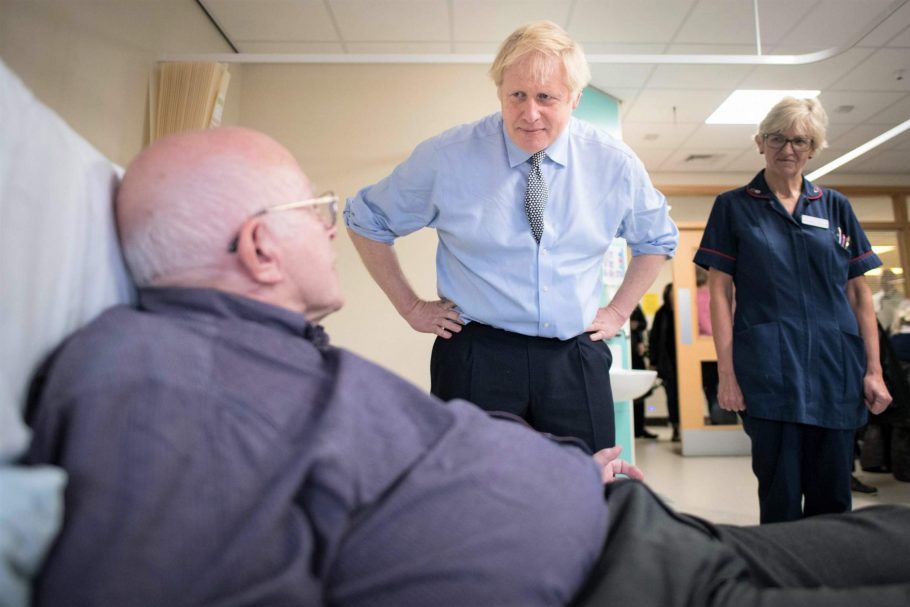 By Failing on COVID-19 and Trashing the Economy, Boris Johnson has shown Britain Can’t be ‘Superman’

How Did You Earn Your Passport? Asylum Seekers Are Being Denied Human Rights by Narrow-Minded Nationalism

‘Sasha 3%’: Time is Up for Belarus’ Dictator – Revolution is Underway

Paul Niland, 10 August 2020
Paul Niland argues that the popular protests against President Lukashenko are the beginning of a popular revolution against injustice which could follow the model of Ukraine
Filed under:
Argument Democracy in Danger Activism Belarus Corruption Europe Foreign Affairs Russia Ukraine Vladimir Putin