Wiley and the Nation of Islam

In March, hip hop artist Jay Electronica released his long-awaited debut album. The result was a record that, despite backing from Jay-Z, made little mainstream impression due to its parroting of black nationalist rhetoric from Louis Farrakhan, leader of the Nation of Islam.

The album’s first track begins with the voice of Farrakhan asking “I don’t want to waste any time. I ask the question: Who are the real children of Israel? The Honourable Elijah Mohammed has said that Almighty God Allah revealed to him that the black people of America are the real Children of Israel.”

In June, rapper Ice Cube posted a long series of antisemitic images on Twitter and suggested that the noses of Egyptian sphinxes had been deliberately destroyed. On 4 July, a number of black celebrities including Jay Electronica, TI and TV presenter Nick Cannon attended an Independence Day speech by Farrakhan. This speech was even promoted on Instagram by Madonna.

On 15 July, Nick Cannon was fired by Viacom for parroting Nation of Islam propaganda. Then, on 24 July, UK rapper Wiley jumped on the conspiracy theory bandwagon, digging himself deeper and deeper into a bizarre antisemitic quagmire which resulted in his Jewish manager cutting all ties. This antisemitic tirade included allusions to the idea that the ‘true Israelites’ are in fact Africans.

American writer Chloé Valdary wrote an informative thread on the appeal of this kind of black supremacist conspiracy narrative to disempowered black communities.

Perhaps the most influential and famous antisemitic conspiracy theory in history was the Protocols of the Elders of Zion. During a trial about the publication of the book in Switzerland in 1935, several Russian emigrés testified that the book had been forged by Pyotr Rachkovsky, the head of the Okhrana – Tsarist secret police – outside Russia. Blaming progressive causes on a Jewish conspiracy to disrupt society helped keep the Tsar and similar autocrats in power.

Looking at much more recent Russian state disinformation operations, it’s no secret that one of Russia’s tools in disrupting the 2016 US Presidential election was to use racial identity politics to convince black Americans to abstain from voting.

The Washington Post published an article in 2018 which looked at Russian attempts to exploit racial division in the US. In one case, Russia’s Internet Research Agency “used Facebook’s Ads Manager tool to target African Americans who were specifically interested in “Black Nationalism and Identity’.” 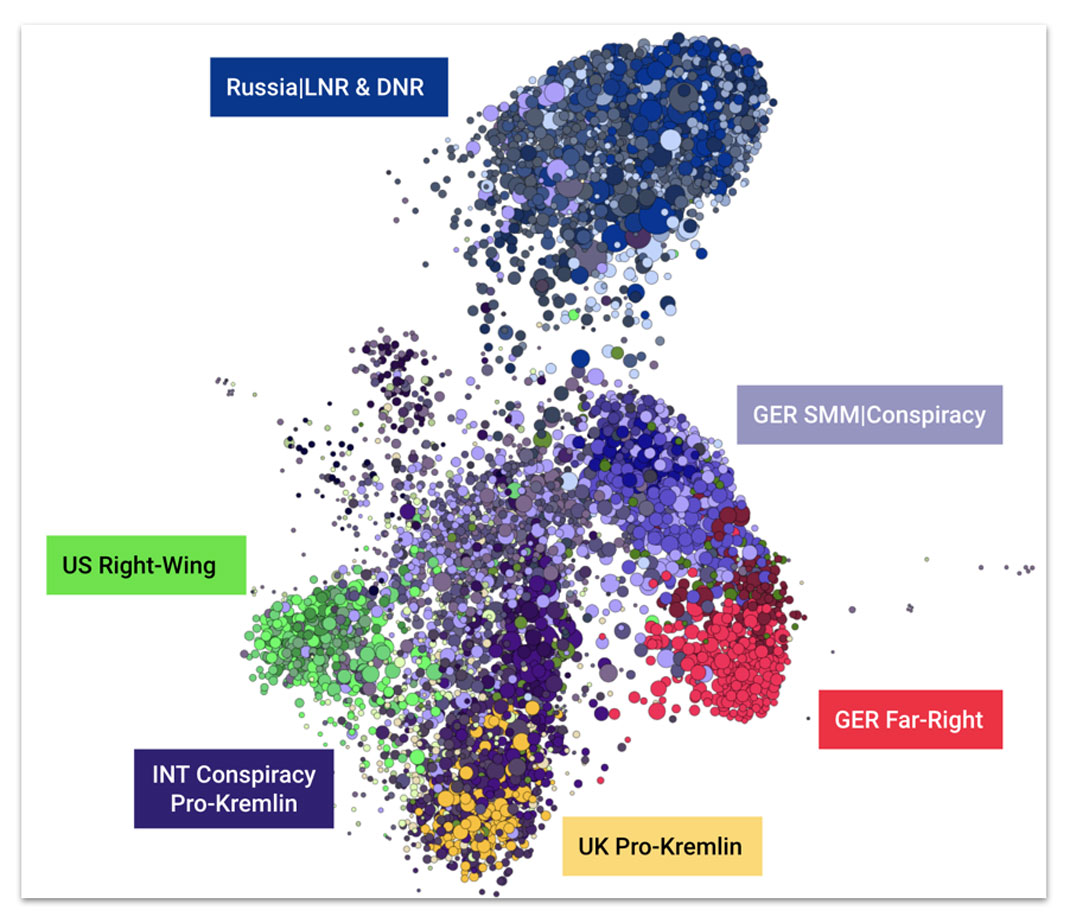 The New York Times also reported in March how Russia was stepping up disinformation aimed at both white supremacists and black nationalists ahead of the US Presidential election in November. Russian operatives are reportedly “trying to push black extremist groups toward violence, according to multiple officials, though they did not detail how.”

The Washington Post researchers conducted a data analysis on “divisive tweets sent from Ghana and Nigeria between June 2017 and March 2020 that had been removed by Twitter”. The data on these tweets was released by Twitter as part of a transparency report. A search for mention of ‘Hebrews’ brought up one mention of the Nation of Islam conspiracy theory from an account called @blackpride____, who tweeted “And they will not succeed because we are the chosen ones.the true Hebrews.the originals”.

Another one of the 71 accounts listed in the Twitter transparency report tweeted “I believe Jesus is black and devil is white. You can name all the evil people who walked down the surface of earth, even way before Hitler and after”. The media associated with these Russian-linked accounts contained fake quote images attributed to famous people to give them more credence.

Clearly, the ‘True Hebrews’ conspiracy theory is not something that Russia itself created. It seems to have been part of the Nation of Islam’s propaganda for a number of years, with publications promoting the theory going back to 2015.

A Facebook group called The Black Hebrews, which promotes the idea of black people being the true Hebrews of the Bible without being overtly antisemitic, has been active since 2011. Interestingly, the page also seems to be pro-Putin.

The Ghanaian troll farm was closed down by police on 6 February. George Floyd was killed on 25 May, so if Russia has been amplifying racially divisive messages, they would have needed alternative ways to do this from the end of May onwards.

Exploiting pre-existing social divisions in Western countries to destabilise them is clearly part of the modus operandi of Russian state propagandists like Vladislav Surkov, the notorious proponent of non-linear warfare, who boasted in 2019 that “Russia is playing with the West’s minds”.

If antisemitic conspiracy theories are circulating through private grassroots WhatsApp groups, this will be more difficult to track. This may be why Russia has sought to diversify its troll farms to local operations in countries of origin of diaspora groups in the West, and posts originating in or promoted by these outfits may now be circulating in organic social media communities.

More research is needed on how Nation of Islam messaging is using networks of celebrity backers to reach a wider black global audience, but this messaging has certainly become very effective since the beginning of 2020, largely by piggybacking on the networks of social media influencers and celebrities.

If this threat is not taken seriously by Western security agencies (who “took their eye off the ball” on Russian meddling in Brexit) and social media companies, then divisive, racist messaging by extremist groups like the Nation of Islam could reach an even wider audience, damaging community relations, political discourse, and the democratic process itself.