India and America, two of the world’s most powerful democracies, are suffering parallel slides towards authoritarianism, reports CJ Werleman

The trajectories of the United States, the world’s most powerful democracy, and India, the world’s largest, have in recent years followed an almost identical path downwards, towards economic and social ruin.

In 2014, Indian voters propelled Narendra Modi, the former Chief Minister of Gujarat, to power after his campaign promised “Good Days Are Coming”. In 2016, Americans handed Donald Trump, a former television game show host and businessman, the keys to the White House after he promised to “Make America Great Again”.

They have partly fulfilled these promises by waging a concerted war on their judiciaries, constitutions, political opponents, critics and journalists. But, in turn, these tactics have driven their respective countries towards social and political chaos.

Far from greatness, both the US and India rank among the world’s top three most COVID-19 affected countries, with the former recording more than 70,000 new cases daily and the latter recording 34,000, as of Monday, according to the World Health Organisation.

Modi’s mismanagement of the pandemic has been described as one of India’s “most disastrous failures”, while Trump’s negligence and downplaying of the virus has been labelled the “worst intelligence failure in US history”.

The economies of both countries have now fallen of a cliff, with the Indian economy contracting for the first time since 1979, and the US facing its worst economic crisis since the Great Depression, with 50 million people suddenly unemployed and consumer demand and confidence at all-time lows. 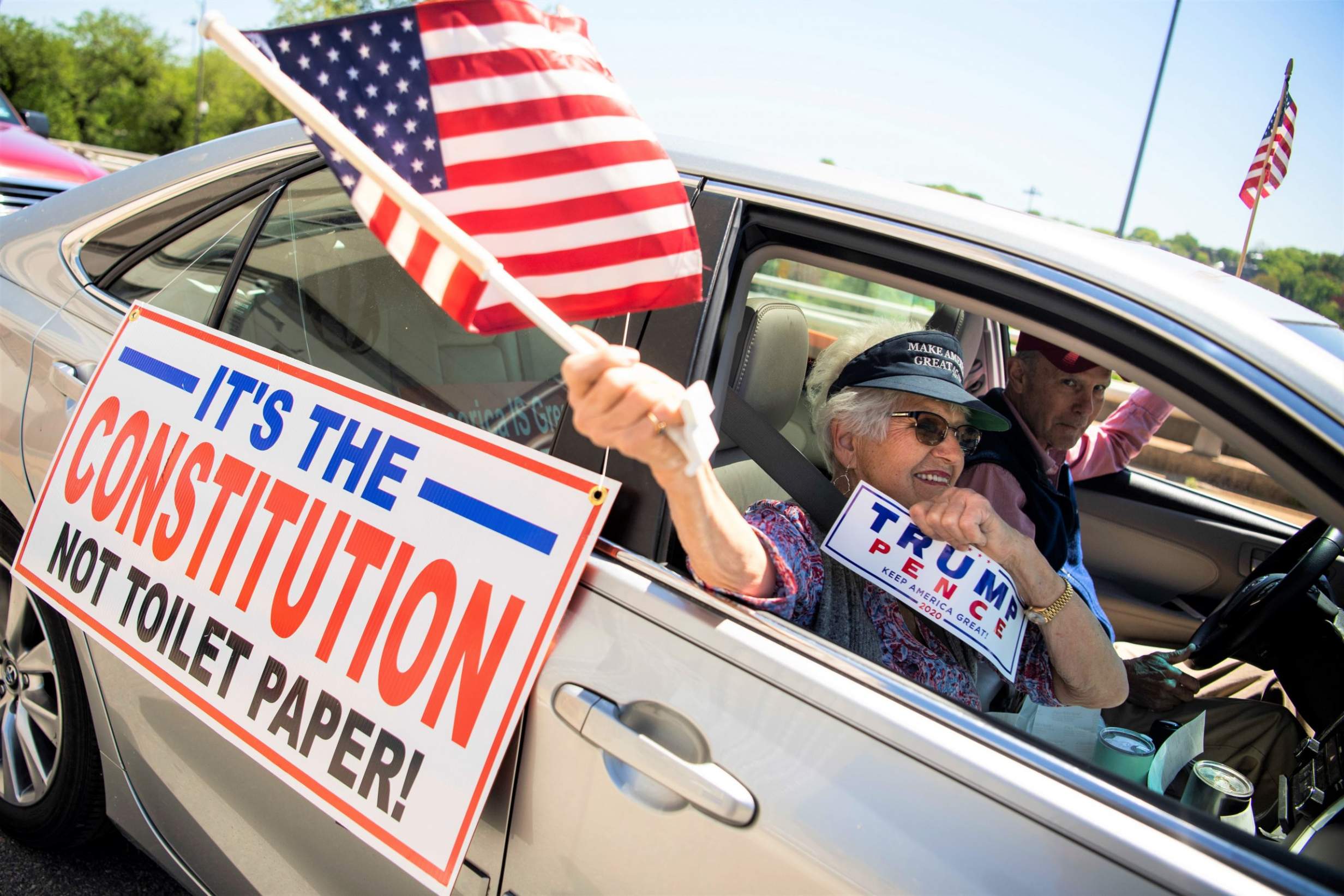 It is important to note that COVID-19 is not the sole cause of economic catastrophe in both the US and India.

Trump’s record tax cut – passed in 2017 – not only failed to lift wage growth above inflation, but also ballooned the deficit to record levels, while his simultaneous trade wars with China and the EU have succeeded only in saddling American consumers and farmers with higher costs and less competitive markets. Likewise, in India, investment had dried up long before the Coronavirus hit, with the country recording in 2019 its worst economic performance in decades.

This, however, hasn’t stopped Modi or Trump from engaging in magical thinking and touting success where there is none. At the same time that Trump is promising a “rocket ship” economic recovery and a “transition to greatness” at some point within the next month, Modi is touting an “increase in economic activity” by seizing on the smallest kernels of positive data.

According to the most recent opinion polls, a majority of Americans and Indians are no longer buying what Trump and Modi are selling and, with their popularity sinking, both leaders are now governing in a manner that suggests they feel under siege – punishing and silencing perceived and imagined dissidents, like all authoritarian rulers do.

POPULISM VERSUS THE PEOPLE

In India, Modi is rounding up critics who organised and participated in the nationwide protests against his Government’s Citizenship Amendment Act (CAA) and National Register of Citizens (NRC) – two laws designed to give legal rights to migrants who have suffered religious persecution, excluding Muslims.

Protests took place in cities all over the country from December 2019, until the COVID-19 pandemic hit. Under arcane anti-sedition and treason laws, anti-CAA protest organisers and activists are being rounded up and arrested, including a journalist who exposed police brutality against protestors in New Delhi.

“The urgency to arrest rights activists and an obvious reluctance to act against the violent actions of the Government’s supporters show a complete breakdown in the rule of law,” Meenakshi Ganguly, the South Asia director of Human Rights Watch, told the New York Times, adding that these cases appear to be “politically motivated”.

Last week, an independent investigation into violent attacks on Muslims by Hindu mobs during February’s riots in Delhi found that the Delhi Police were “complicit in and even abetted the violence”, adding that the violence was “planned and targeted” and that police officers even filed cases against Muslim victims.

In the US, Trump is waging a similar war against those who are participating in nationwide Black Lives Matter protests, which he views as a direct challenge to the legitimacy of his presidency.

Over the weekend, he deployed a small battalion-sized unit of border patrol officers to Portland, Oregon, to crush protestors, despite the fact that the city’s mayor had not requested such force from the federal Government.

Trump is doing this for no other purpose than to threaten those who disagree with him and to provide Fox News with footage showing the President being tough on the so-called “radical left” and “Democrat cities”.

What the rest of the country is seeing, however, is people being tear-gassed and pepper-sprayed before being grabbed off the street by unidentified men and shoved into unmarked vans; a 26-year-old man shot in the head with an impact munition; and a 53-yea- old veteran of the US Navy who was viciously beaten as he stood there passively while reminding his assailants – federal agents – of their obligations under the US Constitution.

Trump has now threatened to expand his quasi-military campaign against protestors in Chicago and other US cities led by Democratic governors.

“This is a classic way that violence happens in authoritarian regimes, whether it’s Franco’s Spain or whether it’s the Russian Empire,” Timothy Snyder, a Yale professor and author of On Tyranny: Twenty Lessons From the Twentieth Century, told the New York Times.

“The people who are getting used to committing violence on the border are then brought in to commit violence against people in the interior.”

Then there’s China. Both Trump and Modi are seeking to ratchet up anti-China sentiments as a means of diverting attention and blame away from their respective mishandling of the COVID-19 pandemic.

Whereas the US has placed sanctions on Chinese Government officials for Beijing’s persecution of its Uyghur minority, India has banned more than 50 China-owned social media apps and products in retaliation to the Chinese military killing two-dozen Indian soldiers on the India-China border last month.

The current status of two of the world’s largest democracies could hardly be more similar or eerie. Voters in both India and the United States chose to ride the tiger of right-wing populist nationalism – and have now been bitten alike.