CJ Werleman considers the effect on the reputation of the superpower following the President’s mishandling of the Coronavirus crisis, which has seen the US become the worst-hit country in the world

With the United States posting its fourth consecutive day of record-breaking new COVID-19 cases on Friday – reaching the highest number of new daily cases of any country since the pandemic began – I think back to 8 November 2016, the day of the US Presidential Election.

I was in the Netherlands when the results started to trickle in. By five am local time, it had become clear that Donald Trump, a buffoonish television game show host, would soon be sworn in as the 45th President of the United States – a reality that remained unthinkable only several hours earlier.

As a long-term US resident, I was utterly dumbfounded. Perhaps I was hopelessly naïve or eternally optimistic, but I had thought Americans would be smarter than Trump and therefore dismissed his candidacy as a marketing gimmick for something else – a new line of Trump-branded hair products, self-tanning lotions, or whatever. But American voters proved me wrong.

Several hours after CNN declared Trump “president-elect”, I walked to a café with a chalkboard at its entrance declaring: ‘ALL AMERICANS MUST BE ACCOMPANIED BY AN ADULT!’

I would learn later that it had mimicked a meme that had gone viral online after a restaurant in London posted those exact words an hour or two earlier. It turned out that Europe was also shocked that Americans could elect someone who so obviously represented a hazard to the country’s democratic institutions, norms, values, economy and security – a self-inflicted wound if ever there was one.

In the four years since, the Western democratic orbit has watched on in incredulous disbelief as Trump guts the US from the inside-out by unashamedly putting his personal interests before the interests and wellbeing of the country; foreign adversaries before traditional allies; conspiracies before truth; and his poll numbers before the safety of millions of Americans who have now contracted the Coronavirus.

The Veneration of Donald Trump Is a ‘Personality Cult’

At the same time as every other wealthy democratic nation on earth has reduced or contained its rate of COVID-19 infection, the US is experiencing a surge in new cases, hospitalisations and deaths, making the world’s superpower its number one pandemic catastrophe.

With almost three million confirmed cases and 130,000 deaths, the US is the worst COVID-19 hit nation on earth.

An unmitigated disaster by any definition, the world is watching on aghast as Trump-supporting Americans eschew face masks, public health warnings, social distancing guidelines and the health of their colleagues and neighbours. These self-destructive behaviours have come to represent a new ‘American exceptionalism’.

Two weeks ago, 7,000 non-mask-wearing Trump supporters gathered in an indoor stadium to hear their President brag about deliberately sabotaging the country’s pandemic response because positive COVID-19 test results were making him look bad.

He has since held an indoor rally in Phoenix – which has now replaced New York City as the country’s COVID-19 ground zero – and an outdoor rally in front of Mount Rushmore, South Dakota, where thousands of his supporters appeared without face masks, even as they crammed together in the audience and on stage.

Dozens of Trump staffers have now contracted the virus, as has his son’s girlfriend Kimberly Guilfoyle, a Trump 2020 fundraiser.

Across the country, Trump supporters have been hosting “Coronavirus parties” at which an infected individual is invited to see who they pass the virus onto first with the ‘winner’ receiving a payout. This as social media explodes with videos of Americans huddled together in public pools, aboard boats and in bars for the country’s 4th of July celebrations.

It is impossible to measure just how far the reputation of brand USA has fallen in the past two decades – and even further in the age of Trump – but it is clear that, in the midst of this global pandemic, people don’t want Americans visiting their shores, at least until there is a widely available vaccine. 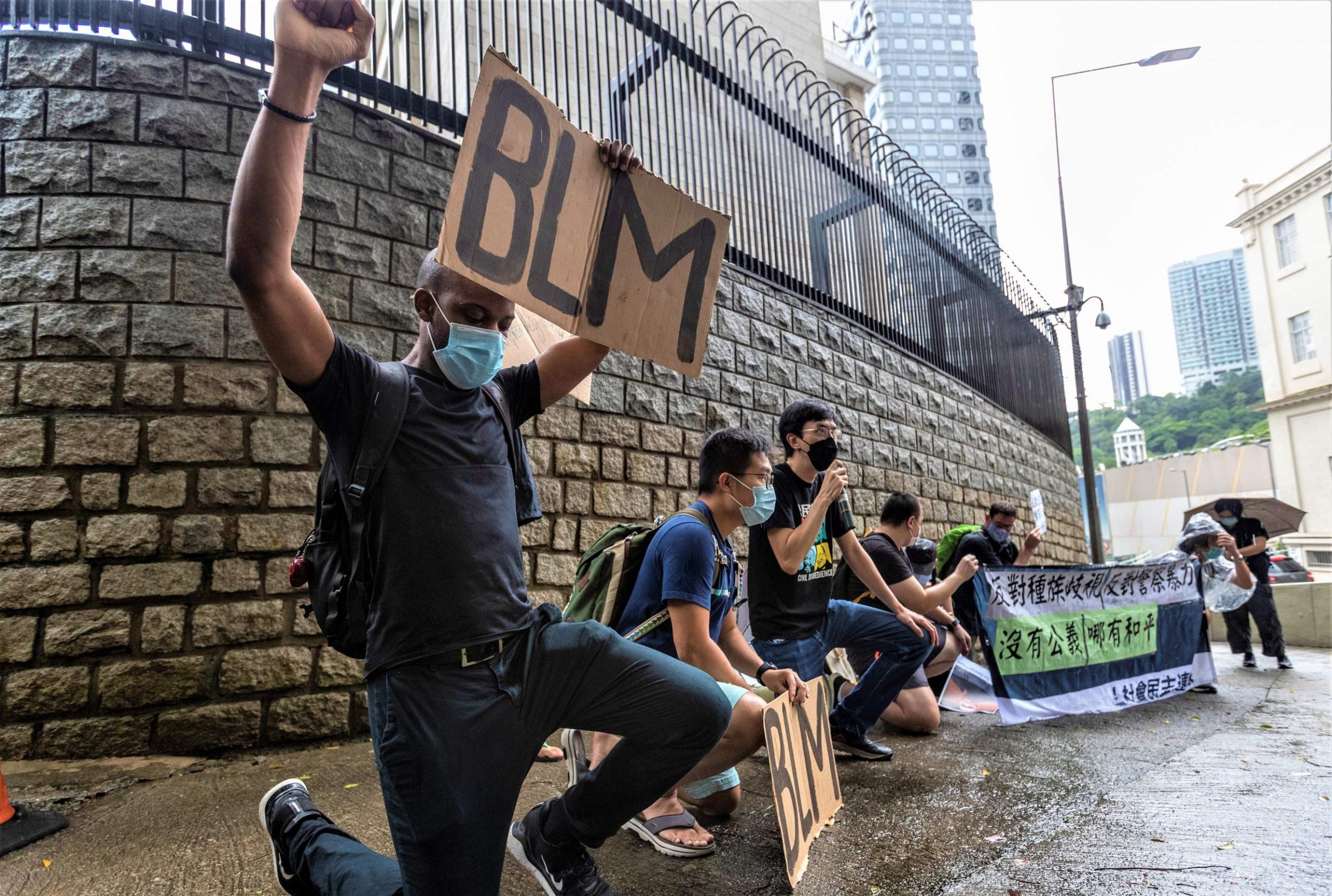 On Monday, the European Union confirmed that US citizens will not be allowed to enter its borders as the bloc begins to ease air travel restrictions imposed months earlier, while Australia and New Zealand have said it could be years before it opens their borders to those travelling from the United States.

What peers and allies of the United States are saying is this: Americans are a health hazard and should be treated accordingly.

Americans voted for a border wall in 2016 and the rest of the world has given them one in a form of a travel ban in 2020 – a somewhat eerie turn of events given that Trump’s first act as President was to slap severe restrictions on those travelling to the US from the Muslim-majority countries of Iran, Iraq, Libya, Somalia, Sudan, Syria and Yemen.

Adding further insult to injury, Mexico closed its border with the US on Friday, fearing an influx of COVID-19 Americans for the Independence Day long weekend. It turns out after all that Mexico might be willing to pay for Trump’s proposed ‘Iron Curtain’.

None of this has changed Trump’s behaviour, however. On Wednesday, he told Fox News that his administration has done everything “right” in managing the pandemic and that the Coronavirus will “soon disappear”, even as the number of new cases and hospitalisations rise and his administration lacks a coherent mitigating strategy.

So, for now, Americans remain a global health hazard, a status that is likely to remain in place while Trump occupies the Oval Office. And, at such time in the future when they’re allowed to travel abroad again, they probably should not be granted a visa until they can prove they’re accompanied by an adult.