In Kolhapur, where she serves as medical officer at one of the city’s primary health centers, Mondays mean city-wide power cuts. The resulting heat leaves Dr More sweating under the various layers of protection she wears as she treats her patients.

When the first COVID-19 case was confirmed in the state of Maharashtra in early March, Dr More says that her colleagues didn’t think much of it: “We thought kuch nahi hone vala hain,” she explains – “nothing’s going to happen”.

Although Dr More immediately began covering herself, she recalled that her colleagues were being a lot more relaxed while treating their patients. Days later, Kolhapur had its first positive case.

“We were taken aback because it had spread so fast and we had no idea how to control it,” she remembers. “We were frightened.”

In the initial stages of COVID-19, the Indian Government failed to supply personal protective equipment (PPE) to healthcare workers on the frontline. Until she received her PPE, Dr More covered herself from head to toe and avoided using the restroom during her shifts to reduce her chances of exposure to the Coronavirus.

With the exception of a short lunch break, she spends the majority of her shifts fully covered.

Dr More has been the only member of her family to leave their compound since Maharashtra went into lockdown on 22 March. Her special medical permit allows her to make the 45-minute drive to work and, during these commutes, she regularly stops at the market to buy food and cleaning supplies.

Because Dr More lives with two immuno-compromised family members, she has to take extra precautions when she returns home from her shifts. After her family opens the door and gate for her, she goes directly to the bathroom and washes every inch of her body. She then puts her clothes in a tub of boiling water and washes everything separately. Hours later, she finally enters the house to cook dinner.

“If I become careless, I could bring the infection home,” she says. “This is a very challenging time – I get very tired and totally fatigued.”

But Dr More cannot let her exhaustion take over. By the time she has checked for messages from the health centre and her supervisors, it is midnight. The next morning, she will wake up at five am sharp, ready for the battlefield once more.

When the number of COVID-19 cases began to spike in India in late March, people from neighbouring big cities such as Mumbai and Pune started returning to their hometowns in Kolhapur.

According to Dr Yogesh Sale, Kolhapur’s district health officer, the city created a three-kilometre containment zone with an additional seven-kilometre buffer zone to reduce the risk of transmission. Health officials checked on families in the area to identify more cases and used contact tracing to alert people who may have come into contact with the virus. He said it was most difficult to identify cases where patients exhibited no symptoms.

For many, their work on the frontline of this pandemic has become a moral duty; their obligation to their community.

“Compared to bigger cities,” Sale said, “Kolhapur definitely has fewer cases.” But he worries about overcrowded streets and neighbourhoods, citing how an entire community was brought in for testing after a positive case was discovered in their vicinity.

“There is also a slight delay in testing,” Sale says. “Initially, all swabs were sent to laboratories in Mumbai and Pune, but it could take days to get results. Now, swabs are sent to the nearest equipped laboratory about 50 kilometres away, making it possible to get results within a day.”

Initially, there was a shortage of PPE for Kolhapur’s 12,000 workers and the city had to use local funds to protect them. Since then, the Government has provided city hospitals with N95 masks and PPE kits.

Success But At A Human Cost

Dr Suhas Kore is a taluka (township) health officer in Kolhapur and oversees nine primary health centres and 46 sub-centres within the city. His team of 1,200 frontline health workers is responsible for the township’s population of 800,000 people.

As India has began to ease its Coronavirus restrictions, containing the virus at a local level is more important than ever, as more people are travelling to small towns from hard-hit cities, carrying with them the risk of infecting many people in a small area.

To enter Kolhapur, people have to travel on a national highway and get past Toll Naka, a toll booth at the entrance of the city. Since late April, a few health workers have been stationed at the toll 24/7, screening every person for symptoms. 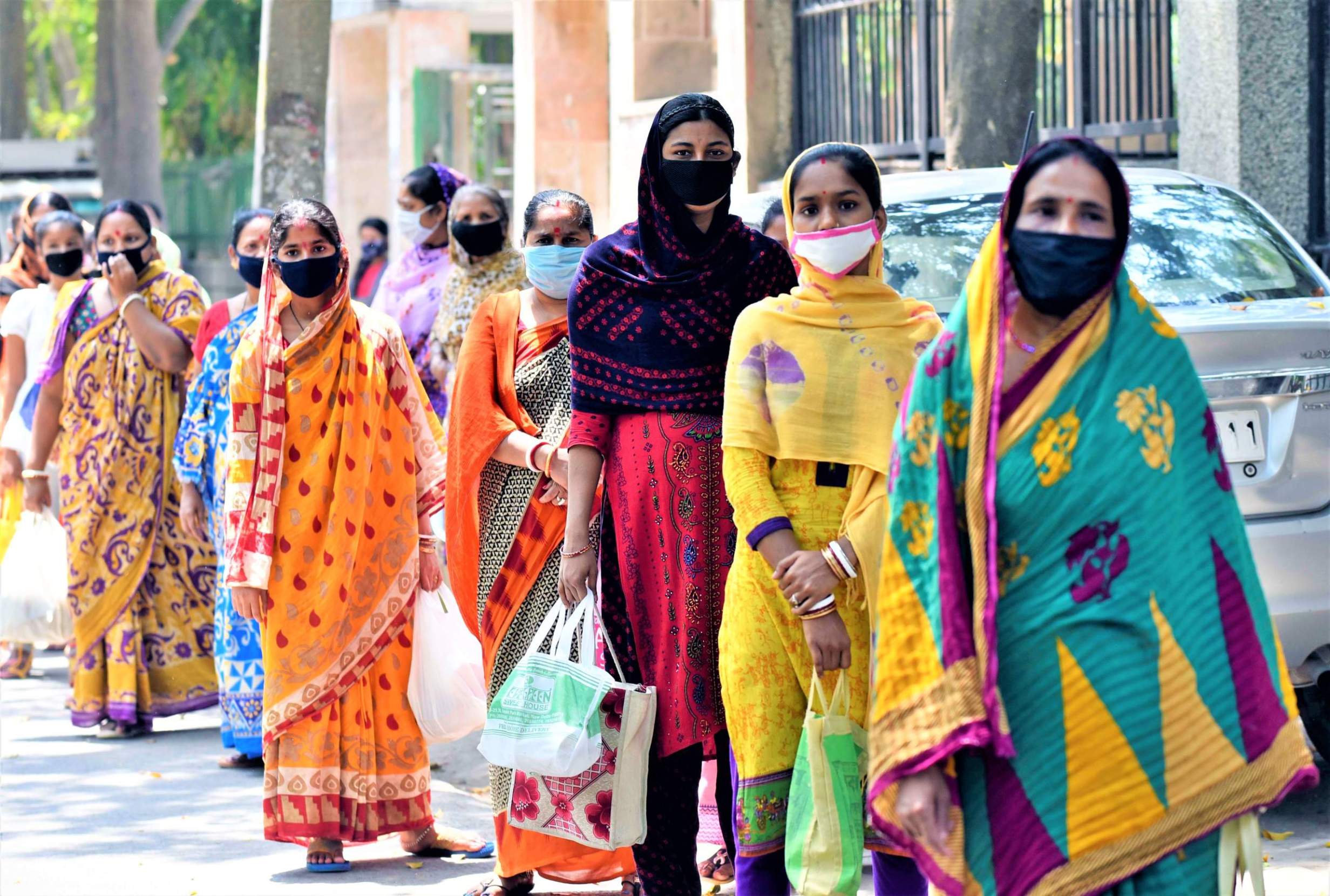 “Kolhapur has some of the highest levels of testing in the country’, explains Dr Kore, “with only two deaths and little to no community spread. But the city’s success in containing the virus thus far comes at a high cost – the mental and financial wellbeing of its health workers.”

There is a shortage of health workers, making it difficult to manage COVID-19 cases while also still treating patients with other health issues. Health workers have been stretched thin in fighting the virus and continuing to maintain public health.

“Our workers are not supported enough,” Dr Kore says. “The Government is barely giving them aid, only about ₹1,000 per month. If I could, I would give them ₹1,000 a day.”

Pratik Kumthekar, a multi-purpose worker at one of Kolhapur’s sub-centres, was preparing for bed after a long day of community surveying and house calls. Just as he was about to fall asleep, his phone rang.

A person had tested positive for COVID-19 in one of the communities Kumthekar visited earlier that day. In a matter of minutes, he was on his motorbike, driving through the night. As soon as he arrived on site, he instructed the young man that had tested positive for the virus to stay in a corner. Kumthekar called an ambulance but was told it wouldn’t arrive for at least five hours.

While he waited, Kumthekar made a list of all the people the man had come into contact with. It was especially tricky because he had just gotten married and had his wedding ceremony. The man was panicking.

“He was so scared,” Kumthekar says. “He thought he was going to die.”

Kumthekar tried to calm him down and explained that he would receive treatment and stay in quarantine until he got better to ensure that his family didn’t get sick. Through contact tracing, Kumthekar and his team put 15 people into institutional quarantine and another 40 were instructed to self-quarantine.

The village was put on lockdown and a containment zone was created. At six in the morning, the ambulance finally arrived and Kumthekar went home. After two hours of sleep, he was back at work, community surveying. He had 1,200 homes to check in 24 hours. There was no time to waste. 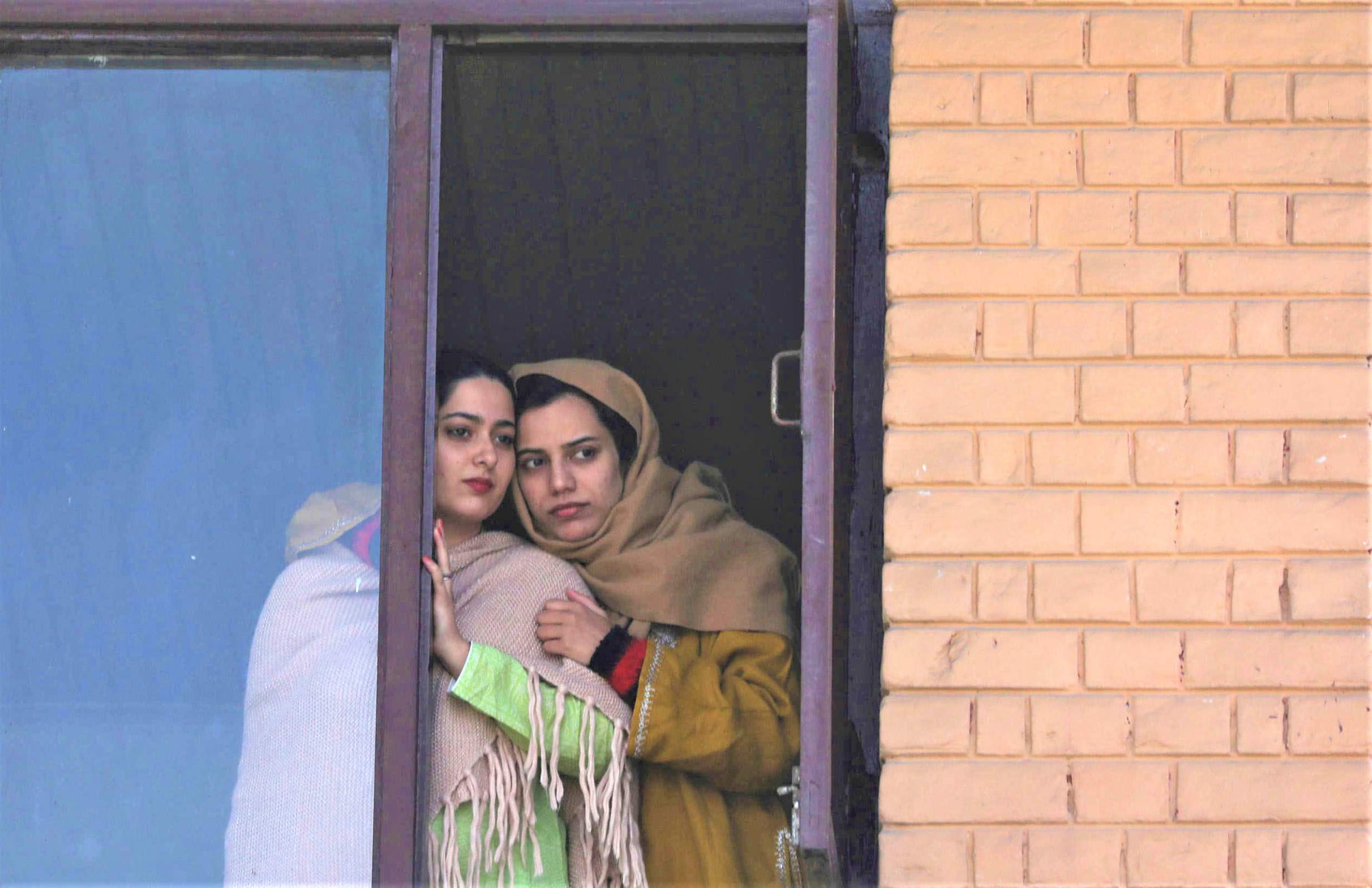 Is India Using COVID-19 to Advance its Hindu SettlerColonial Enterprise in Kashmir?

Not too far away, Sunanda Chopade, a community surveyor, also prepared for her rounds, making food for her children before she left the house. After her husband died of a heart attack a few years ago, Chopade became her family’s sole breadwinner. In addition to working full-time, she also manages household duties and takes care of her children.

As a community surveyor, Chopade checks the temperatures of all the people in the community and makes sure that they aren’t exhibiting symptoms. If they are, she calls an ambulance and moves on to the next house. Chopade must do these rounds every day because symptoms could develop over time.

Chopade’s nursing contract only requires her to work nine hours a day but, these days, she works overtime and doesn’t get paid for the extra hours.

“Somehow I make things work, but I am constantly worried,” she says. “Even if we get less money, we don’t work any less.”

Chopade’s requests for a day off keep getting denied because there are simply not enough workers to do her daily rounds. She hasn’t had a day off in three months.

On her rounds, she has observed people getting angry and restless and sometimes refusing to follow the rules: “I tell them, we are on the roads, away from our children so we can ensure they stay healthy. I tell them to think of the safety of their own children.”

Many people are afraid of the Coronavirus and much of this fear comes from a lack of understanding about the pandemic, according to Dr Kore. Because of this, there is a stigma developing in the rural population, he says.

“People are starting to boycott individuals from their community who have tested positive,” Dr Kore explains. “Even those who haven’t tested positive are experiencing backlash.”

Kumthekar recalled screening a family with two children. Both parents and one of their children tested positive for the virus and had to be separated from the second child to receive treatment. The child who tested negative was only seven years old. He wouldn’t stop crying. News of the family testing positive spread quickly through the community and people in the village didn’t want the second child there, even though he had tested negative.

In the end, the situation got so out of hand that a meeting was called and health workers explained to the villagers that there was no chance the boy could infect them. But the villagers were still worried and so the boy was sent to live with his aunt and uncle and told to stay under strict quarantine.

“They kept saying the child wasn’t a part of their village,” Kumthekar observes.

People are starting to boycott individuals from their community who have tested positive. Even those who haven’t tested positive are experiencing backlash.

In a separate incident, a man had just travelled from Mumbai to Kolhapur. Instead of quarantining, he roamed around his village freely until someone reported him to the authorities. The man began to self-isolate, but many in the community assumed he had the virus because he was avoiding contact with people. Even though he was simply following the rules, people mistook his behaviour for him being a positive case.

As the number of COVID-19 cases continues to rise in a country with densely populated cities and widespread poverty, health workers continue to play a crucial role, treating patients, checking on communities and quarantining individuals.

They keep working 24/7 without holidays or increased pay. For a few, it is their sole source of income and they don’t have much of a choice. But, for many, their work on the frontline of this pandemic has become a moral duty; their obligation to their community.

When asked if she is ever worried for her health, Chopade’s answers in an instant.