The Russia report has been released. Finally.

After an unprecedented nine month delay, the report into Russian interference in UK democracy was published this morning, with Parliament’s Intelligence and Security Committee announcing yesterday that “advance copies will not be available”.

Yet, in keeping with the privileged status of right-wing media in the UK, the Telegraph this morning splashed details of the report, while pro-Government blog Guido Fawkes even managed to release the full document half an hour before the committee presented its findings to MPs.

Thus, the instigators of Brexit have been given more than enough time to construct their version of events. And, as usual, they have relied on half-truths, verging on outright distortion.

Byline Times readers won’t be surprised to learn of the main culprit in this effort to massage the facts.

In response to the report, Leave.EU – the group operated by the “Bad Boys of Brexit” Arron Banks and Andy Wigmore – posted a graphic with the following quote: “HMG [Her Majesty’s Government] had not seen… evidence of successful interference in UK democratic processes or any activity that has had a material impact on an election, for example influencing results.”

This, they claim, proves that there was no Russian interference in the 2016 EU Referendum. “Intelligence report kills Kremlin conspiracy,” they cried – seemingly unconcerned that they have wilfully misread and misinterpreted the report.

In reality, the report highlights credible “open source” evidence that Russia used media channels such as RT (Russia Today) and Sputnik, along with social media bots and trolls, to influence the referendum.

“Open source studies have pointed to the preponderance of pro-Brexit or anti-EU stories on RT and Sputnik, and the use of ‘bots’ and ‘trolls’, as evidence of Russian attempts to influence the process,” the report states.

It makes the argument that neither Government officials nor intelligence agencies have attempted to verify the validity of this available evidence. In this regard, the Leave.EU quote above omits an important phrase.

The report states that “HMG had not seen or sought evidence of successful interference in UK democratic processes or any activity that has had a material impact on an election, for example influencing results” – meaning that the Government hasn’t tried to ascertain the scale of Russian influence in 2016, and therefore the committee cannot draw a firm conclusion.

The authors of the report instead recommend that a comprehensive study should be carried out by the Government and intelligence agencies to determine the facts.

The report goes on to say: “We have not been provided with any post-referendum assessment of Russian attempts at interference, ***. This situation is in stark contrast to the US handling of allegations of Russian interference in the 2016 presidential election, where an intelligence community assessment was produced within two months of the vote, with an unclassified summary being made public. Whilst the issues at stake in the EU referendum campaign are less clear-cut, it is nonetheless the Committee’s view that the UK Intelligence Community should produce an analogous assessment of potential Russian interference in the EU referendum and that an unclassified summary of it should be published.”

This stands in stark contrast to the spin pushed out by the Telegraph overnight, which asserted from its early reading that “the report concludes there is no direct evidence of Russian influence in the 2016 Brexit referendum”.

These words set the tempo of political commentary this morning on the Russia report release, with many consequently jumping to conclude – without yet having read the report – that it was going to be a damp squib. Perhaps they would have reacted differently had the Telegraph more accurately reported that the committee is actually calling for an investigation into Russian influence on the Brexit vote as there is credible evidence to suggest that foreign actors did try to warp public opinion.

The second smoke bomb lobbed by Brexiters has been the claim, made in the report, that thousands of British “enablers” have helped Russia to spread its influence in the UK.

Once again, this is a selective reading of the report that borders on the ridiculous.

The next paragraph goes on to state that “lawyers, accountants, estate agents and PR professionals have played a role, wittingly or unwittingly, in the extension of Russian influence” by providing services to rich Russians with ties to Putin.

To mirror Harwood’s cutting wit: lawyers, accountants, estate agents and PR professionals are of course proletariats unconnected to the Conservative Party in any way. 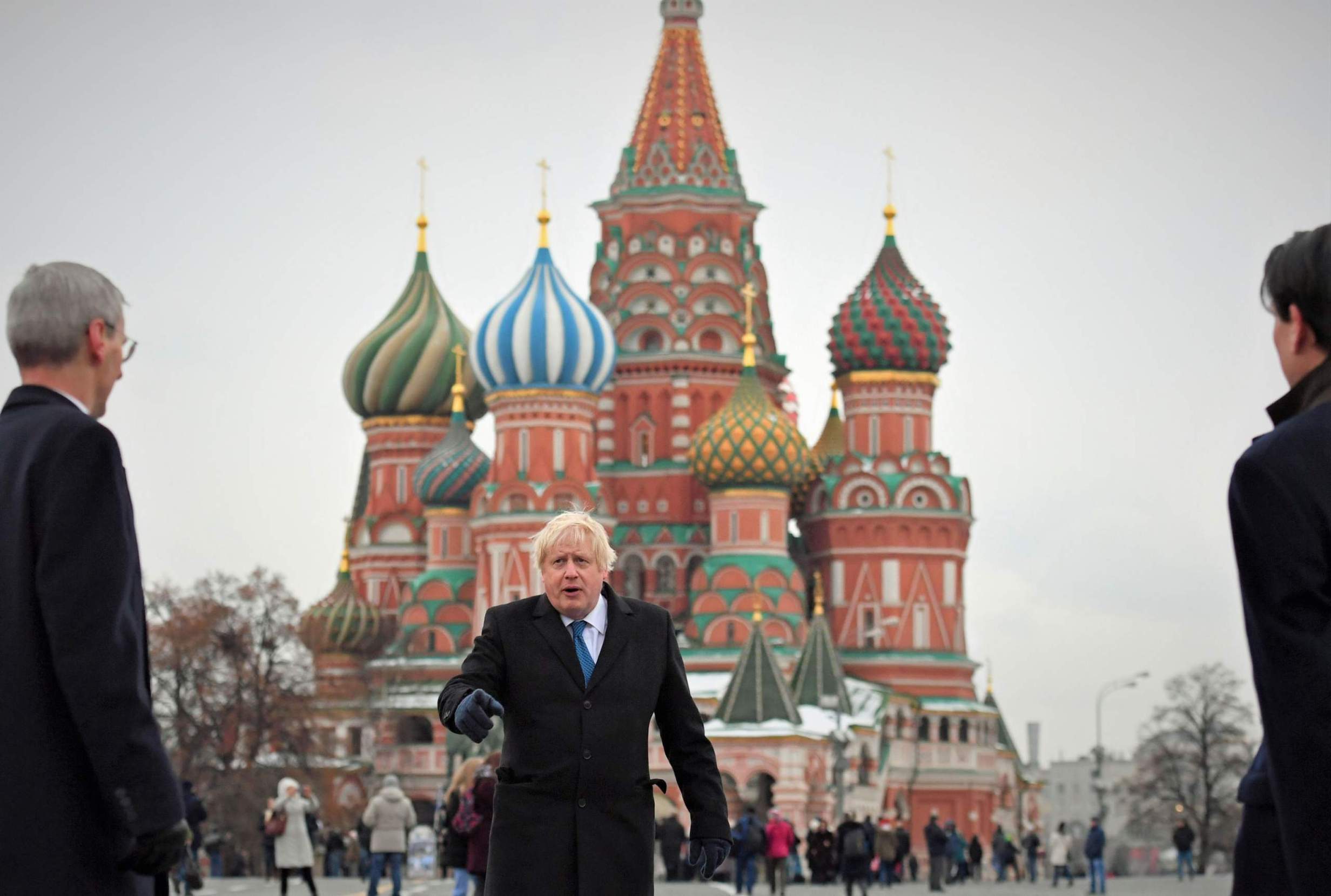 What Boris Johnson Doesn’t Want You to KnowAbout Russian Influence

Talking of connections to the Conservatives, the report later goes on to note that “several members of the Russian elite who are closely linked to Putin are identified as being involved with charitable and/or political organisations in the UK, having donated to political parties with a public profile that positions them to assist Russian influence operations”.

The report doesn’t spell out which political party has received this Russian cash – but an openDemocracy report handily details the £3.5 million raked in by the Conservatives from Russian funders since 2010.

These facts aren’t mentioned by Harwood, who of course worked for Vote Leave during the referendum campaign, nor by his ideological counterparts. We can only wonder why.