In a move that suggests its back to business as usual punishing people on benefits, a three-month suspension of sanctions introduced in response to the Coronavirus pandemic is coming to an abrupt halt.

The Work and Pensions Secretary Theresa Coffey confirmed in Parliament on Monday that the temporary reprieve is to end and claimants will once again be sanctioned if they fail to comply with conditionality requirements for benefits. This is despite evidence showing that sanctions are cruel and counterproductive and that they exacerbate poverty and prolong hardship.

The reinstatement of the controversial penalties – among the most punitive aspects of the social security system – was swiftly condemned by the Opposition against a backdrop of soaring unemployment, a huge surge in Universal Credit applications since lockdown, and more than 14 million people, including 4.2 million children, officially in poverty even before COVID-19.

However, what was missed was how the announcement was framed.

Coffey’s statement was straight out of the poverty ‘blame and shame’ playbook, one that has repeatedly and deftly painted the poorest in society, and benefits recipients in particular, as defective ‘scroungers’ who need to be fixed or ‘activated’ to find work – all in order to justify harsh welfare policies, including sanctions.

Political affiliations aside, can we not all agree that no child should be going to bed hungry?

As I explore in my new book The Shame Game: Overturning the Toxic Poverty Narrative, this framing has become so casually consistent in Government messaging that we have become numb to it as a society.

Coffey explained that as job centres reopen it would be necessary to “reinstate the need for having a claimant commitment” and that this was “an essential part of the contract to help people start to reconsider what vacancies there may be”. The language of “claimant commitment” and “part of the contract” places responsibility squarely on the individual.

But why does the rhetoric and framing matter?

Because they fit firmly into a pattern of shaming individuals in need for the fact of them being poor or on benefits, rather than addressing economic inequality and the systems and structures – including sanctions – that thrust people into poverty and cut them off from opportunities for a better life.

They matter because, as was witnessed at a turbo-charged pace during the roll-out of austerity policies over the past decade, there is a powerful narrative at play that peddles damaging myths and stereotypes about poverty and the poor. For decades, this primary narrative has fostered the myth that poverty is caused by personal flaws or ‘bad life decisions’. This cunningly convincing story has become deeply embedded in the public consciousness.

It successfully pits everyone else – ‘hard-working families’ – against the poor (even the working poor) by labelling the least well-off as skivers who need to ‘pull themselves up by their bootstraps’, take ‘personal responsibility’, stop having ‘too many’ children and to ‘get on their bikes’. 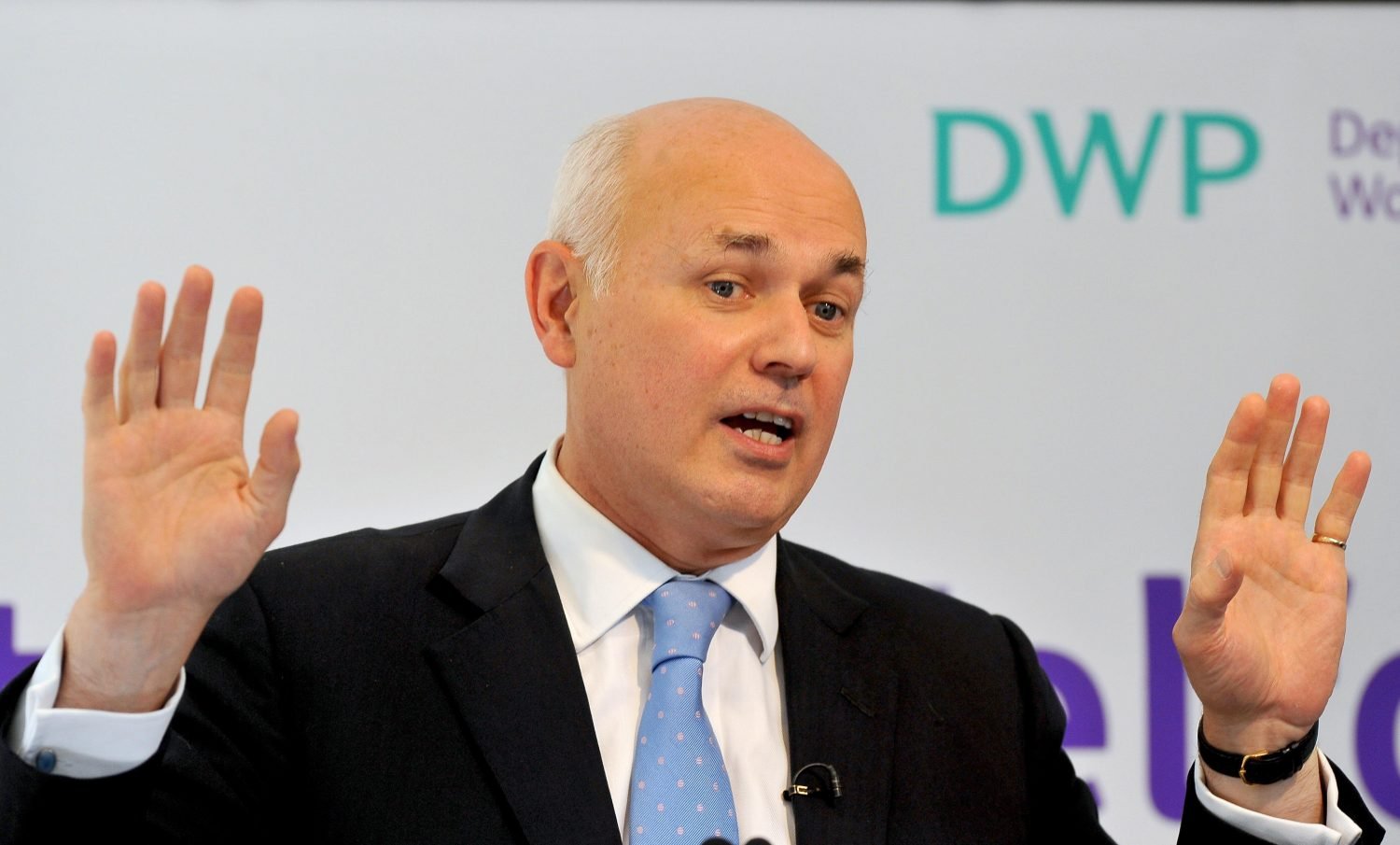 Shaming is the tool of choice because it is so effective. Engineered by governments and amplified by some quarters of the media – via tabloid headlines about ‘benefits cheats’ – it stymies momentum for positive, progressive changes that could help lift people out of poverty.

While the narrative shames and blames the poor, the flip side is a eulogising of the wealthy. The rich are framed as ‘job creators’ who got there through sheer hard graft rather than benefiting from systemic and historical advantages, including inherited wealth.

Tackling the ‘Blame and Shame’ Narrative

The dominant narrative not only misrepresents and demonises millions of people struggling to get by, it shores up bad policy and it is profoundly damaging both to people in poverty, who often internalise the shame that is meted out, and to wider society.

As the UN’s Special Rapporteur on Extreme Poverty and Human Rights, Philip Alston, observed in his scathing 2018 report on the UK: “British compassion for those who are suffering has been replaced by a punitive, mean-spirited, and often callous approach.”

In my book I explore how and why shaming the poor has been a favoured tactic, for example by well-funded right-wing think tanks, and also examine the work being done to finally call it out. I spoke to scores of people across Britain and America with lived experience of poverty and became aware of the many ways in which the fight against this destructive narrative in both countries is already gaining momentum.

In the US, for example, grassroots activist organisations such as the Poor People’s Campaign are highlighting the gross inequalities that produce and sustain poverty alongside the role the narrative plays in keeping people poor.

As with other anti-poverty groups, such as ATD Fourth World in the UK and in America, individuals with lived experience of poverty are more likely to be at the front and centre of campaigns. The voices and insights of poorer people – who tend to be talked at or about, if at all – are key if the poverty narrative is to be truly upended. 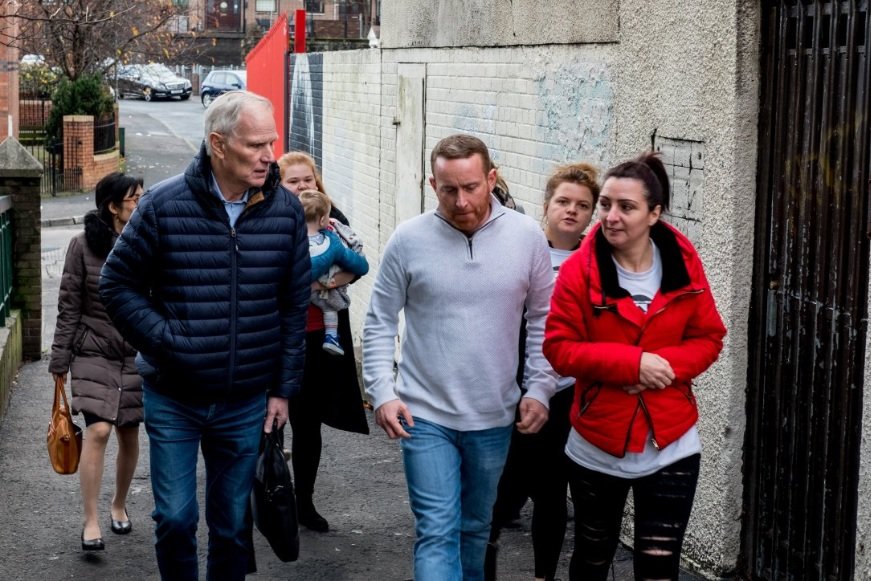 Sometimes the challenge to the status quo hails from an unlikely source – and with a profound impact. Earlier this month, the 22-year-old star footballer Marcus Rashford, who experienced poverty as a child, blew a hole so wide in the poverty narrative he managed something that might otherwise take years of anti-poverty lobbying to achieve: a swift Government U-turn. After he called on Boris Johnson’s administration to extend a food voucher scheme for children in poorer families throughout the summer, he garnered widespread public support, forcing the Government to capitulate.

While Rashford pointed to statistics illustrating the degree and impact of poverty in the UK – including that another million kids are projected to be impoverished by 2022 – the footballer referenced his own experience and that of others on the breadline, exposing the misleading nature of the poverty narrative and the moral bankruptcy of the policies it underpins. His mother, like millions of other parents facing poverty, worked long and hard and yet the family still needed to turn to food banks. The Rashfords’ story echoes those of the people I have spoken to all over the UK during years of research and reporting.

As he so eloquently put it in his open letter to MPs: “This is not about politics; this is about humanity. Looking at ourselves in the mirror and feeling like we did everything we could to protect those who can’t, for whatever reason or circumstance, protect themselves. Political affiliations aside, can we not all agree that no child should be going to bed hungry?”

Even with this victory, children across the UK will continue to go hungry this summer and they will also absorb the demeaning rhetoric about poverty. We need more people like Rashford to make their voices heard. People in poverty should be at the policy table because, if they are not, then they’re on the menu.

Mary O’Hara is the author of ‘The Shame Game: Overturning the Toxic Poverty Narrative’, published by Policy Press