THE CORONAVIRUS CRISISCorruption, Negligence and Harassment in Brazil

The COVID-19 pandemic still has a way to go in Brazil even though it has already accounted for more than 36,000 deaths. It is being fuelled by corruption, negligence and harassment, with those in authority using it as an opportunity to increase corruption.

President Jair Bolsonaro’s populist popularity appears to be flagging, with only 33% of the public supporting him, compared to 46% back in May, according to Datafolha poll. This should be alarming for the President, but the danger is that he will ignore his falling popular support and find other ways to keep control.

As far back as 22 April, a shocking video came to light of a meeting in which Bolsonaro spoke about his intention to use the pandemic as an excuse to intervene in all Government ministries, the Federal Police, the Armed Forces and the Brazilian Intelligence Agency ABIN, and if necessary take control by force.

Many Brazilians are worried that Bolsonaro will follow a similar path that led to the military dictatorship of President Joao Goulart, a regime that lasted 21 years from 1964 to 1985, characterised by censorship of the press, the restriction of political rights and the police persecution of the regime’s opponents.

At the same meeting, the Minister of the Environment Ricardo Salles, who was hired by Bolsonaro, explicitly made the point that the Government should take advantage of the pandemic and advance the environmental sector’s deregulation agenda whilst people are distracted. This is the same man who was sentenced for administrative impropriety in the post of Secretary of the State of Sao Paulo for the falsifying of zoning maps of the management plan for the environmental protection of the River Tiete. 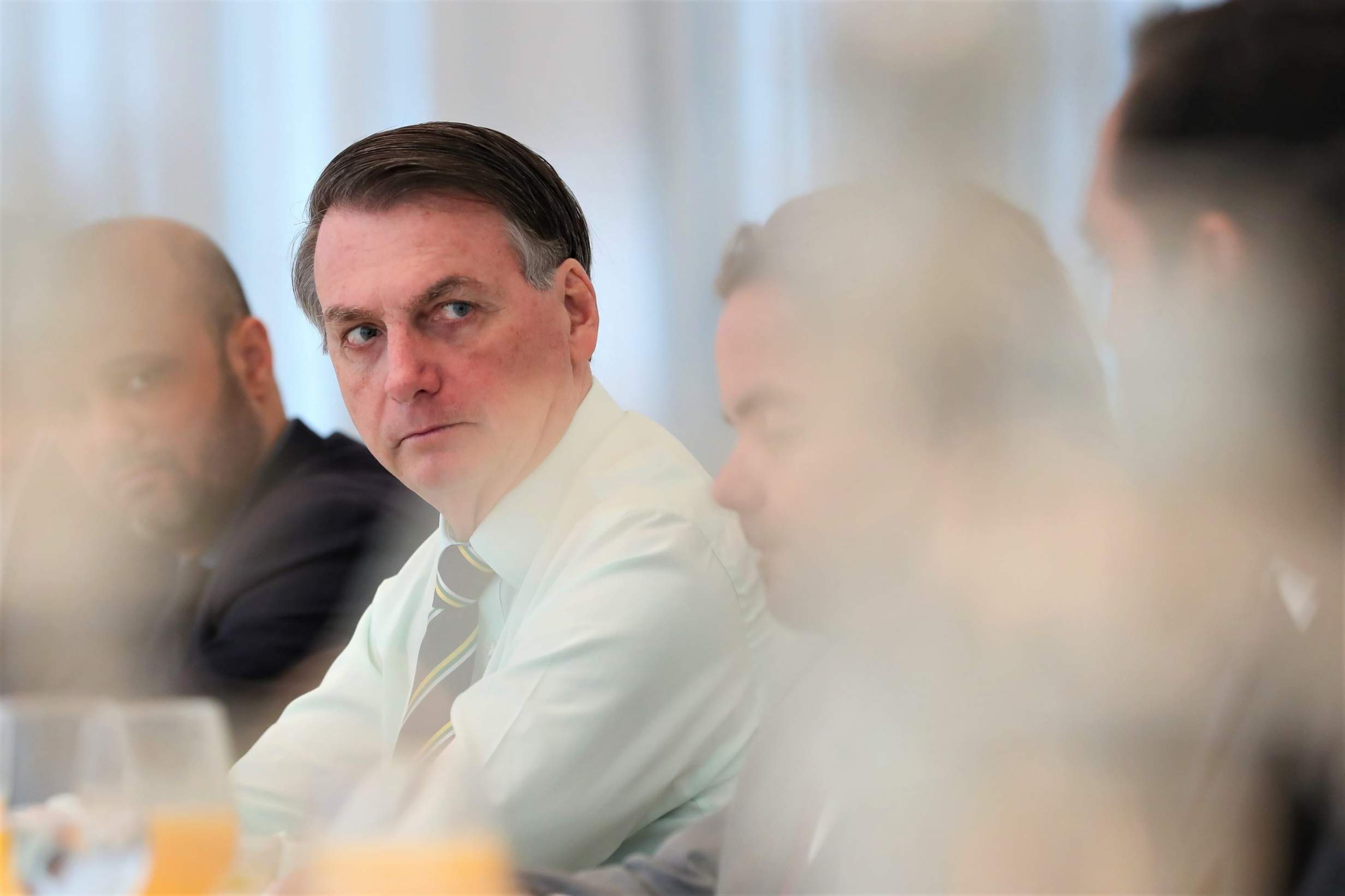 Harassment of the media is also being encouraged by the President. Last week, all of the main media outlets announced the suspension of coverage of Bolsonaro’s daily speeches in front of the Palacio da Alvorada, due to lack of security. Television stations such as Globo and Bandeirantes, the newspaper Folha de Sao Paulo, as well as the news portal Metropoles, have all said that they will no longer send journalists to the President’s official residence because of hostility from his supporters. Bolsonaro’s security forces have refused to intervene and protect journalists when threatened.

Meanwhile corruption is rife, building on its long tradition in the country.

The former federal judge Wilson Witzer was elected as Rio de Janeiro’s Governor with a mission to combat corruption. His main campaign theme was “clean policy”. Since then, he has been accused of an alleged corruption scheme involving a social organisation hired to install field hospitals during the Coronavirus pandemic. The investigation is looking into the alleged misuse of R$ 1 billion of public money meant be used to construct hospitals and purchase respirators, personal protective equipment and COVID-19 tests.

Tragedy in The Amazon

The situation in the Amazon, particularly amongst indigenous peoples, is going from bad to worse.

The pandemic in the state of Amazonas – one of the first states to be hit by COVID-19 – is far worse than in the rest of the country. There are no lockdown rules in place and the general population is out in the streets, carrying on as if nothing has happened. There is a lack of hospital beds, tests, medications and staff. In fact, there is only one intensive care bed per 170,000 people.

Intensive care units are only found in the Amazonas’ capital Manaus, but patients can no longer be transferred there, leaving them without assistance. The indigenous population living in Manaus and on its outskirts are often denied a hospital bed as they are seen as outcasts.

The Special Secretariat for Indigenous Health, a branch of SUS – the national healthcare system – that oversees the indigenous population, is in a very fragile state and its organisation is in a shambles.

“The indigenous population is even more vulnerable to Coronavirus, as they are usually isolated from the general population and have not been exposed to viruses and built an immune response,” Lino Joao de Oliveira Neves, an anthropologist at the University of Manaus, said. 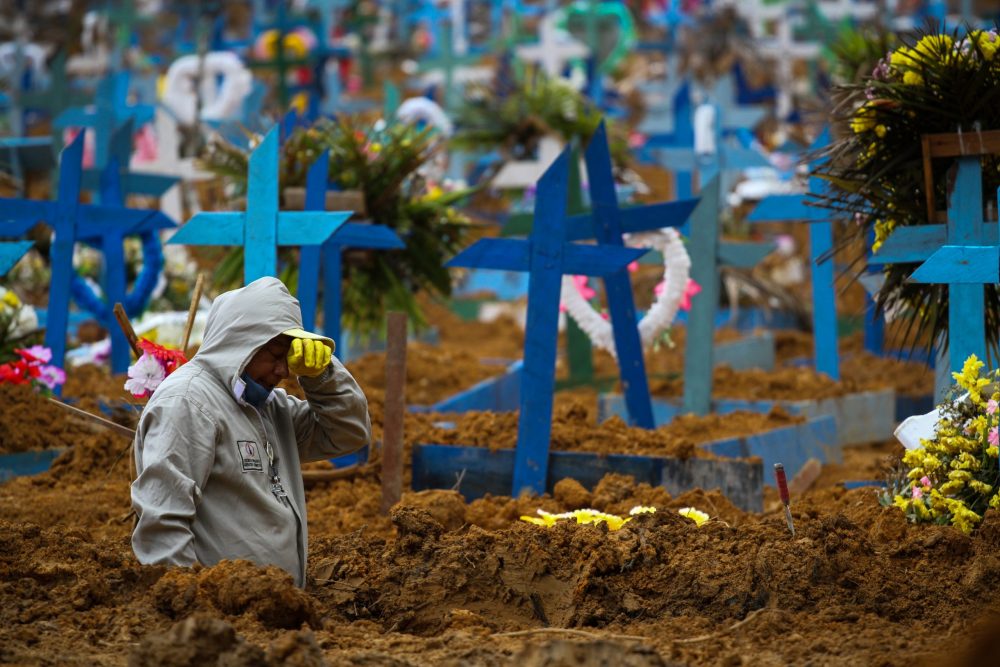 There is also a concern that the Brazilian Armed Forces may have contributed to the spread of the virus to the indigenous population in the most remote areas, such as Vale do Javari, in the border of Peru.

As the Pandemic continues, there is a danger that indigenous tribes throughout South America will be hit so badly by the virus that they will never recover. According to Globo on 3 June, the Pan Amazonian region (comprising Brazil, Bolivia, Colombia, Venezuela, French Guiana, Peru, Ecuador and Suriname) has been contaminated with COVID-19, with 93 indigenous tribes so far affected. Infections increased by 550% in one month alone and the death rate in this population is 9.7%, according to APIB.

This is likely to be even worse in Brazil than in other countries as President Bolsonaro has a long history of discriminating against indigenous peoples and sees them as standing in the ways of progress in terms of mining and logging in the Amazon.

With his country on the brink of disaster and with his popularity waning, will the President take the next step towards military dictatorship and use COVID-19 as an excuse to hold on to and extend his power?