Tom White, Ben Jacob and Crystal Ma look at how private firms and billionaire donors could benefit from the radical restructuring of universities during the Coronavirus pandemic

While researchers at Oxford University work tirelessly to develop a vaccine for COVID-19, it seems their employer’s latest donor is not planning to let a crisis derail the quest for profit. Billionaire Stephen Schwarzman, co-founder and Chair of private equity firm Blackstone, donated £150 million to the University last year, in order to build the ‘Stephen A. Schwarzman Centre for the Humanities’.

The proposed Centre, which is slated to open in 2024, will house seven humanities faculties and a new ‘Institute for Ethics in AI’. There was no internal or external consultation over the acceptance of Schwarzman’s donation. Staff and students found out about the plans in the same way as everybody else: when they splashed across the media in June last year. The University has subsequently refused calls from student groups, staff and the Oxford branch of the University and College Union (UCU) to make public the details of its lengthy negotiations with Schwarzman, which are subject to Non-Disclosure Agreements, and for a new transparent and democratic ethical framework for donations.

“The real golden age”, Stephen Schwarzman told Robert Peston in a 2008 interview, “comes when you have a mess. You have economies that are on their back.” After the 2008 financial crash, Blackstone bought thousands of foreclosed homes and other distressed assets, becoming the world’s largest corporate landlord in the process. In a 2018 report, UN Special Rapporteur Leilani Farha alleged Blackstone was a significant contributor to the global housing crisis, citing practices including “aggressive evictions” and massively inflated rents. (Blackstone refutes Farha’s report, citing “significant factual errors and inaccurate conclusions” while maintaining that “we are responsible, professional and responsive owners and abide by all local laws and regulations”.)

Nonetheless, with economies reeling and tenants additionally vulnerable, it seems Blackstone is getting ready to cash in. According to Schwarzman, the private equity firm is ‘looking aggressively’ to make ‘very significant investments’ in the European housing market. Blackstone describes these moves as bringing “incremental capital to a historically capital-starved market”. Given Blackstone’s track record, though, anxieties remain over these moves and their consequences for renters.

The Business of Education

Blackstone is also throwing its weight around to defend and influence Schwarzman’s long-term ally and beneficiary, Donald Trump. Schwarzman has been in “regular contact” with Trump since the crisis began, while Blackstone has been accused of spending over a million dollars lobbying the White House over its COVID-19 relief bill, which has given half a trillion dollars to big corporations but failed to support essential workers and hospitals. (Blackstone deny that it engaged in lobbying for the bill, describing its filings as “for general monitoring and analysis of legislation”).

In March, a veteran physician working for TeamHealth, a Blackstone subsidiary, was removed from his hospital post after he criticised the lack of PPE at his hospital, arguably part of a worrying trend of private equity-owned hospitals silencing doctors’ concerns over PPE.

When asked for comment, a Blackstone spokesperson stated that “Mr. Schwarzman has helped the last three presidents of the United States with initiatives ranging from Veteran hiring to recovery from the financial crisis. When asked, he is proud to contribute his views.”

Although Schwarzman has stated that his donation to Oxford was inspired by his visit to the city as an impressionable teenager in the early 1960s, his philanthropy could be viewed as part of a strategic attempt to further his and his business’ aims in the UK.

Just a few months after Schwarzman’s donation to Oxford was finalised, Blackstone announced the £4.7 billion takeover of student housing firm iQ. In the marketised world of higher education, many universities have effectively outsourced their responsibility to safely house students to private firms like iQ and Unite. The National Union of Students’ 2018 report Class Dismissed found that spiralling accommodation costs driven by private providers are a significant barrier to access and achievement for students from low-income backgrounds.

As well as student accommodation, private equity firms are investing substantially in education technology. Canvas — a virtual learning environment used by many universities, including Oxford — was purchased last year for $2 billion by private equity firm Thoma Bravo. Edtech firms are driving the ‘datafication’ of the public university, in which information about students is a key source of revenue and profits.

With teaching moving online as a result of COVID-19, and the prospect of student numbers falling next year, education technology represents a key battle ground between university senior managers and academic workers. Academics are being asked to record and upload lectures via software like Panopto, often without clear and consistent opt-in policies around limits of use and copyright. Many fear that without user agreements negotiated at a national level, recorded lectures will be used by their institutions after their employment has ended, that they will be used to strike break, or that they will be used in disciplinary proceedings.

Some universities’ senior management teams have tried to use the lockdown to force through even more radical, permanent restructurings based on lecture recording and online teaching. Only a rapid mobilisation by the Durham University UCU branch prevented a far-reaching reform that would have seen online-only degrees facilitated by a 25 per cent cut to available modules in the 2020/21 academic year. The plan also involved the outsourcing of some teaching to Cambridge Education Group, which is backed by private equity firm Bridgepoint. Bridgepoint’s chief investment officer Guy Weldon is a member of Durham University’s ‘chancellor’s circle’ of donors. Weldon did not respond to a request for comment.

Existing struggles around employment in the university, which were the subject of the UCU strike action that immediately preceded the lockdown, have been exacerbated by the pandemic. With the prospect of significant budget cuts looming, many institutions are ruthlessly targeting their most vulnerable academic employees first: postgraduate teaching assistants and staff on fixed-term or otherwise precarious contracts. A number of campaigns to protect precarious workers are highlighting the casualisation and exploitation on which the university depends, as well as the disparities in pay between their highest and lowest earners. 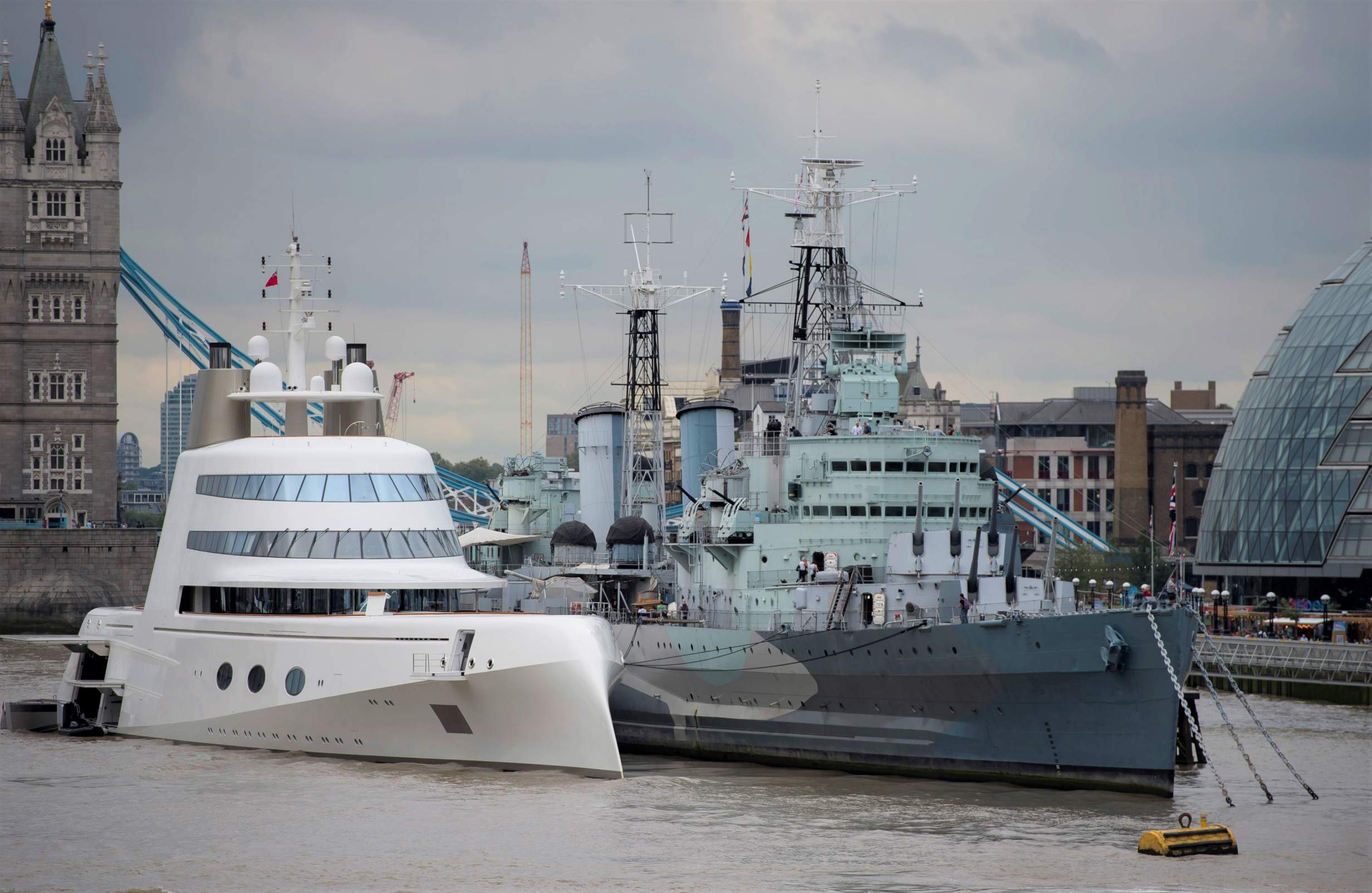 The Strange Death of Middle-Class England

Oxford’s Vice-Chancellor Professor Louise Richardson is paid over £450,000 and over 450 members of senior staff each earn over £100,000. The University only signed up to pay the Oxford Living Wage of £10.21 to all its employees in February this year, though this will not immediately apply to its subcontracted workers. A 2016/17 UCU survey found that 77% of academic staff at Oxford were on “insecure” (fixed-term, part-time or otherwise atypical) contracts. This figure–which has likely increased in the intervening period–includes a significant number of researchers and academic support staff in the Jenner Institute, where the COVID-19 vaccine is being developed.

In a recent email to staff, Richardson wrote that during the COVID-19 pandemic the University’s ‘priority must be to protect our current staff’. However, in April, a petition by the Oxford Living Wage campaign demanded the University do more to protect its workers. Further, by refusing calls from the UCU for all universities to pause redundancy proceedings and disciplinary hearings during the lockdown, it seems that — like its latest donor — the University does not intend to let this crisis stop its onward march. Yet while Oxford’s protection of its staff has fallen far short, it has moved quickly and decisively to protect other interests: a recent email to Humanities staff stated that ‘the significant external funding for [the Schwarzman Centre] means we can carry on at pace’.

For its critics, the Schwarzman Centre is a lurid symbol of how wealthy universities can attract yet more money from billionaire donors, while turning a blind eye to the exploitation and disenfranchisement of vulnerable people across the world. To them, at a time when many universities face an uncertain future in the wake of COVID-19, and many of its own workers face redundancy, Oxford pushes ahead with its latest monument to disaster capitalism. The Centre is also indicative of the growing role and influence of private equity firms in the arena of public education, where, even prior to the pandemic, many corporations were ‘looking aggressively’ to further embed their interests.