Chris Sullivan on a sprawling, ambitious tale of murder, blackmail, and corruption in mid-century New York that has dark resonances for London today.

Directed, scripted by and starring Edward Norton, Motherless Brooklyn, adapted from Jonathan Lethem’s 1999 novel of the same name, took 15 years to reach fruition and was a process Norton likens to “slow cooking”.

It tells the story of a lonely private detective, Lionel Essrog – also known as “Freakshow” or “Motherless Brooklyn” – who has Tourette’s syndrome, but perfect recall.

Orphaned and bullied as a kid, he was protected and mentored by gumshoe Frank Minna (played by Bruce Willis) who, seeing a use for his amazing memory, pulled him in to work for his down-at-heel detective agency.

After Frank is murdered by hoods, Lionel tries to find out who did it and uncovers a property redevelopment scam whereby developers and corrupt city planning officers are working together on an ethnic cleansing scheme. They want to rid parts of New York of its poor black dwellers by unlawfully declaring their homes unfit to live in, bulldozing them and building anew in the name of progress.

“I think Philip Marlowe [Bogart in The Big Sleep] was the perfect private detective for the 40s, Jake Giddes [Jack Nicholson in Chinatown] for the 70s and Lionel for now,’ explained Norton in his introduction to the film’s screening.

Along the way in Motherless Brooklyn, we can only empathise with Lionel’s condition. It allows, as he says, some uncontrollable pest into, not only his life, but also everyone he meets and, as such, has isolated him from society.

It was not only the lead protagonist which attracted Norton, but the subject matter of slum clearance. Norton’s grandfather was the city planner and developer James Rouse. “He had a very Utopian-ideal that drove him,” Norton said. “He shaped the modern urban renewal ideas that we’ve seen – revitalisation through creative reuse of decrepit former industrial parts of cities.”

Norton himself was an active campaigner for New York’s High Line project which, having opened in 2009, transformed an abandoned a stretch of elevated train line into a public space about 1.5 miles long on Manhattan’s west side. The park created has 45 million visitors a year. If it hadn’t been for Norton, it would have become yet another stretch of expensive new apartments.

Of course, such rabid redevelopment happened all over New York in the 1990s and 2000s as developers gentrified the likes of the Hell’s Kitchen neighbourhood, which has now become – according to community leader Christine Berthet – “a luxury ghetto” with few immigrants, even fewer poor and no soul.

It is the people, after all, who give a city its edge and not rampant regeneration.

When Lethem wrote the novel on which the movie is based in the 1990s, New York was having its guts torn out by developers. Indeed, the other book that inspired the film was Robert Caro’s astonishing exposé of Robert Moses, the ‘master builder’ of mid-20th century New York, The Power Broker.

Accordingly, the villain of the piece is Moses Randolph (played by Alec Baldwin), a thinly disguised pseudonym for the urban planner and most powerful man in New York who, for decades, ripped out entire neighbourhoods to make way for the bridges and highways that serve the city today.

Moses’ racist contempt for minorities and the underprivileged underlined each of his achievements and his plans for the city. His personal reputation was more important to him than people or the community. He coaxed and cajoled, threatened and intimidated, used “bloodhounds” to compile dossiers of scandals on anyone who stood in the way of his plans that he’d subsequently use to smear them, and besmirch people’s reputations. 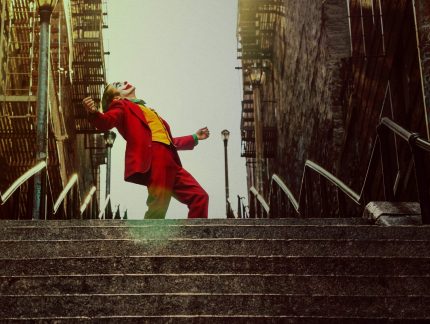 The decision was taken to set Motherless Brooklyn agreed in the mid-1950s to add a strong film noir edge (which undoubtedly lends itself to any detective tale). With a gorgeous score, superb art direction by Michael Ahern, a variety of vintage 1950s pristine automobiles and a rich look of Kodachrome colour texture, it’s a beautiful movie that fits its era.

“Motherless Brooklyn takes place in the past,” said one of our greatest documentary makers, Ken Burns. “But it’s in every way a story for our time, grappling with big themes: preservation versus growth, humanity versus industry, and cynicism versus activism, unchecked political power arrayed against the common interest. The past illuminates the present (and vice versa) and when we sense and recognise these connections we’re reminded that our struggles are eternal and that there is a real cost when we fail – as a society – to stand up and do our part.”

Tales of crooked developers and corrupt council officials are all too familiar for us in the UK.

Encouraged by the Conservatives and their councils over the past 15 years, London – with the help of its former Mayor and now the UK’s Prime Minister Boris Johnson – is well on the way to becoming just like Manhattan: a characterless, soul-less shopping mall, with interesting people forced out to the suburbs due to over-development and massive increases in rents and house prices.

The most obvious and tragic example of social cleansing is the Grenfell Tower Fire. I was alerted to the precarious situation there by the Grenfell Action Group (GAG) long before the fire which killed 72 people on 14 June 2017. The residents had complained about the absence of extinguishers, sprinklers and the block’s general disrepair to Kensington and Chelsea Council many, many times before the disaster occurred. Fire-fighting equipment on the site had not been checked for four years.

In 2013, the council threatened legal action against blog posts which it said amounted to “defamation and harassment”. In January 2016, the GAG warned that, if a fire broke out, residents would be trapped in the building as it had only one entrance and exit and corridors full of rubbish. In November 2016, the GAG published an online critique condemning the Kensington and Chelsea Tenant Management Organisation as an “evil, unprincipled, mini-mafia” and later predicted that “only a catastrophic event will expose the ineptitude and incompetence of the Tory council”. 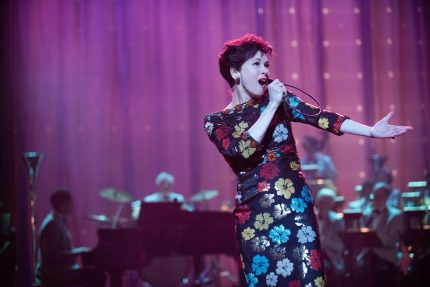 It is my opinion that the neglect was deliberate because a council block (as many of the homes referred to in Motherless Brooklyn) can only be condemned if unsafe. Then it’s up to the council to do what it wants to with the land. The land the Grenfell Tower occupied is one of the most expensive pieces of real estate in the UK.

Unscrupulous developers in league with corrupt city planners rip the soul out of the world’s cities by employing compulsory purchase, disrupting families and decimating neighbourhoods; pushing the poor to the furthest reaches of cities, causing them to travel long hours to get to work. It has happened in New York and it is happening in London on a grand scale.

When Norton introduced his film in London, he said he was proud that he’d worked on it with so many Brits – Daniel Pemberton did the score, while Gugu Mbatha-Raw co-stars – and that the production had a real affinity with the UK. I hope Norton realises just how true this is.

A sprawling, ambitious tale of murder, blackmail and corruption in mid-century New York to rival Chinatown, this is a fine film.

Motherless Brooklyn is in cinemas on 7 December 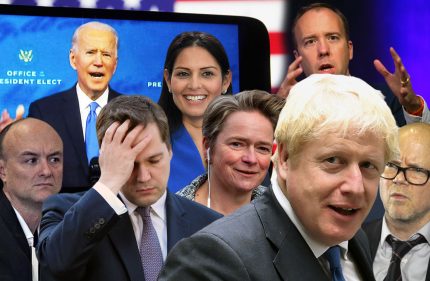