David Cameron was in Bed with the PressWhy is he Airbrushing Out his History as a Media Puppet?

David Cameron’s opening pitch in the ‘Leveson’ chapter of his autobiography is that, when he took over as leader of the Conservative party in 2005, he wanted “an arm’s-length approach to the press” – the underlying message being that he was no eager puppet of newspaper proprietors.

What this “arm’s-length approach” entailed, we discover, was face-to-face attempts to court Rupert Murdoch, sucking up to the Daily Mail in meetings with Paul Dacre and Lord Rothermere, and flying to the Channel Islands to meet the owners of the Telegraph, the Barclay brothers, at their private retreat.

If that’s what happens at “arm’s-length”, one might wonder, what something more intimate would look like? Our author supplies the answer.

By 2007, he writes, “we were in trouble and drifting towards a fourth successive electoral defeat. George [Osborne] convinced me that we would struggle to win unless we galvanised all the elements of what he called ‘the Conservative family’ – and that included the Conservative-inclined print media.”

This galvanising mission was led for him by Andy Coulson, the phone-hacking former editor of the News of the World. “People assume he was brought in to win the support of the Murdoch empire. But we worked just as hard establishing a relationship with the other main newspapers.”

“Separately, I became good friends with Rebekah Wade [now Rebekah Brooks],” he continues. “Rebekah was clever, interesting, gossipy and easy to get to know. We remain friends. Of course, it was part of her job to be close to political leaders – and part of mine to build relationships with key media figures. But our relationship felt as much social as political…” 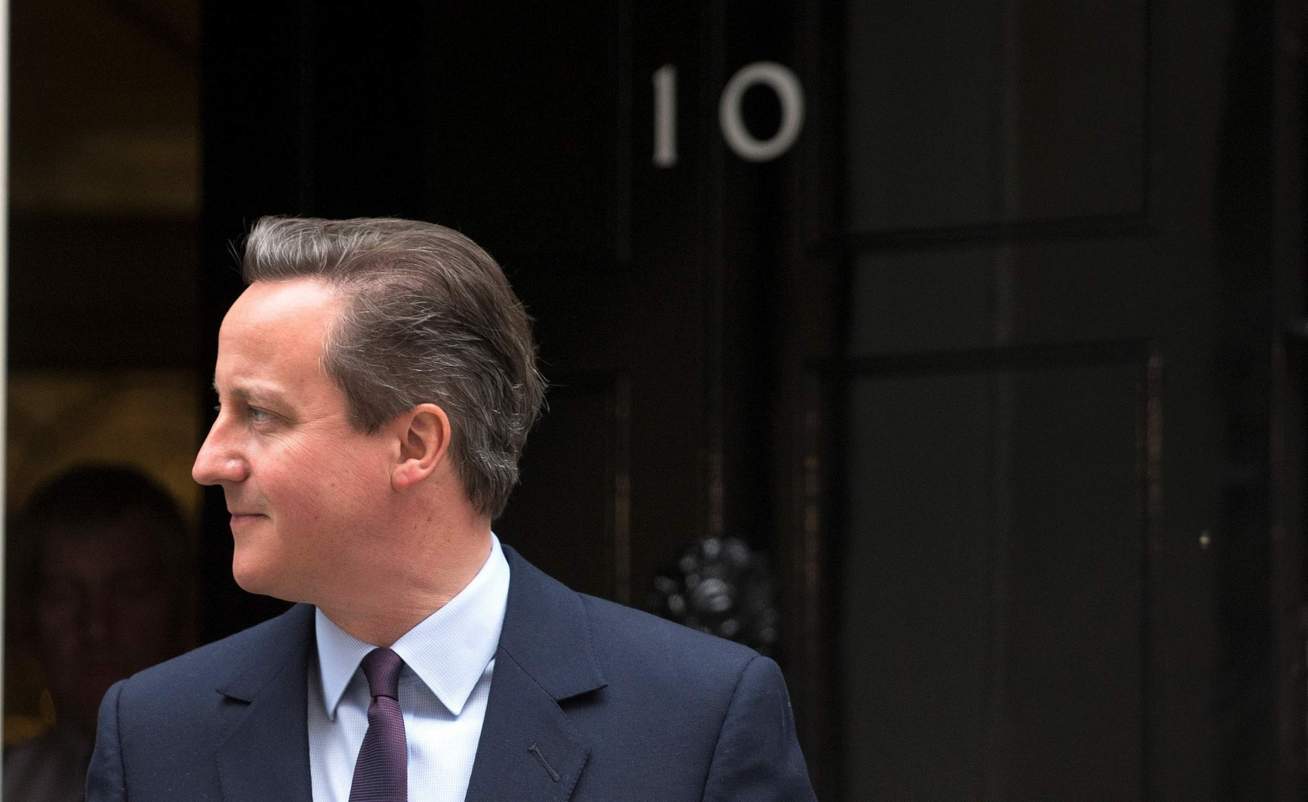 Forget “arm’s -length”, there was no distance at all. Cameron and his Government were in bed with the press and, frankly, they were banging away for all they were worth.

What is surprising, as you read his book, is not that this happened because we all know it did. The surprise is that, even as the evidence spills out through his narrative, Cameron insists that it didn’t happen at all. We see him getting cosy with Brooks, in thrall to Coulson and on permanent beg-friend terms with the press barons. Yet, at the same time, he insists that fundamentally he was a good guy, above corruption and fundamentally indifferent to the press.

Had we not experienced Theresa May and Boris Johnson, we would probably be left amazed that someone so clumsy in argument, someone with so little wit and insight, could ever have become Prime Minister. And, remember, this is a product of the finest education money can buy.

Look at his triumphant summary of the four-month negotiations with the Labour and Liberal Democrat parties on implementing the recommendations of part one of the Level Inquiry into the ethics, culture and practices of the press, which Cameron established following the uncovering of the phone-hacking scandal: “We got them off the dangerous idea of state regulation.”

That’s simply wrong. State regulation had never been on the table. It never formed any part of the Leveson recommendations. Indeed nobody, anywhere, wanted it, as the judge pointed out in his report. And if by “state regulation” Cameron meant independent regulation underpinned by statute (which Lord Leveson did recommend) then he is even more muddled, because that is precisely what he put his name to at the end of the negotiations.

No less wrong are his conclusions from the whole Leveson episode. “Just a few years on,” he reflects “talking about red-top scandals seems almost archaic.” Really? Ben Stokes, Gareth Thomas and a million Muslims, transgender people and others in minorities are unlikely to agree.

On regulation, he admits that the press is still operating a non-Leveson complaints body, but claims that at least it has “a genuinely independent chair”. Again, really? IPSO’s new chair, Lord Faulks, is a former Conservative minister who until virtually the day of his appointment was a working party politician.

Cameron also complains that Leveson failed to address the internet. Please. The judge’s remit, as Cameron must know, was the press (though, in fact, there is a great deal about the internet in his report). But, more to the point, online journalism belonged in the terms of reference of part two of the Leveson Inquiry – which Cameron’s party cancelled.

And here’s the rub. Nowhere in these 752 pages does Cameron even mention Leveson 2. And that’s not an accident. Artifice in these pages it is not in Cameron’s ham-fisted, transparent arguments or in his error-strewn narrative; it is in what is left out. For if today the press is not subject to Leveson-standard independent regulation, and if in consequence thousands more innocent people have become victims of press cruelty and injustice, and if we live in a world where press inaccuracy is routine and hugely damaging to public debate, we owe that chiefly to decisions taken by David Cameron – decisions that are nowhere mentioned in For the Record. 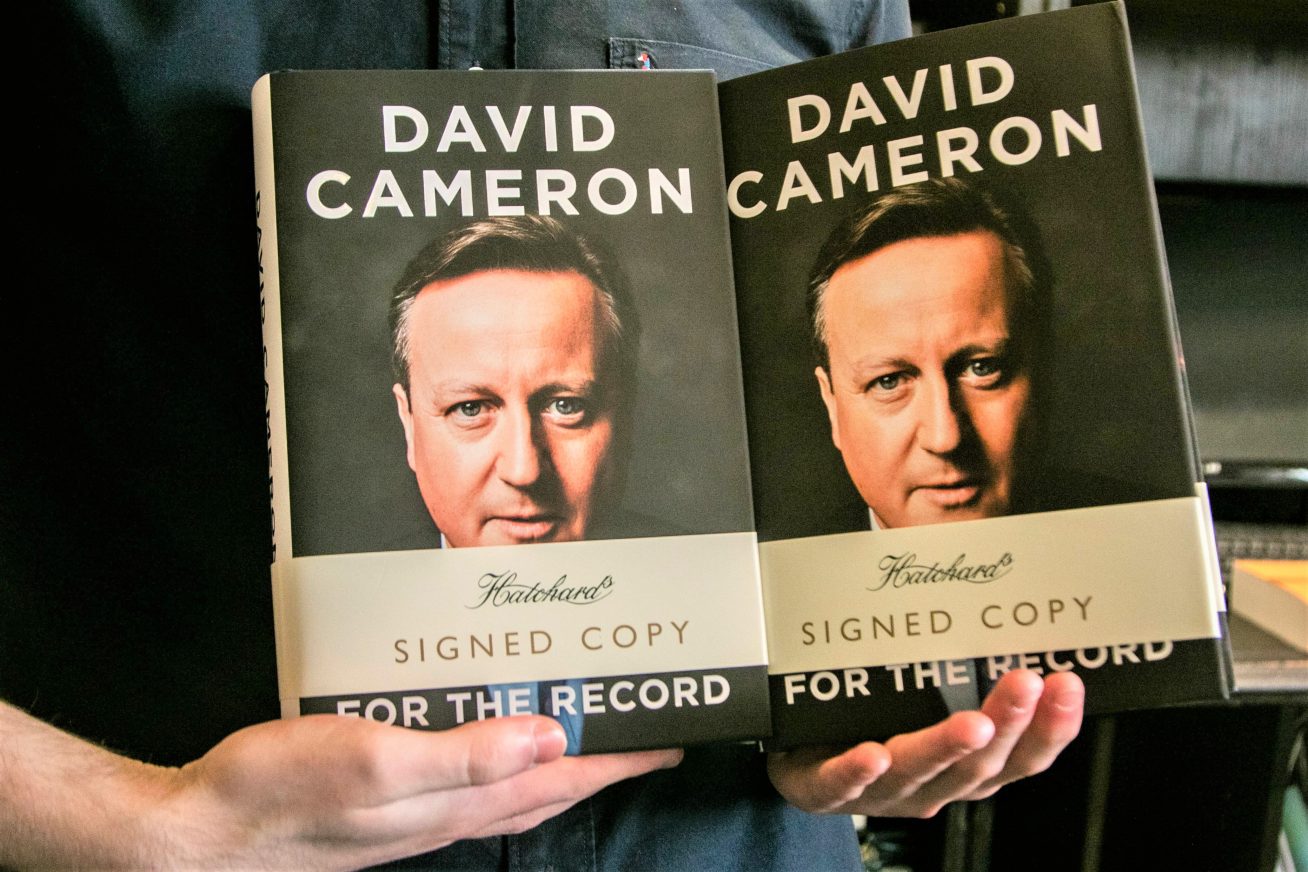 As soon as he was returned to office in 2015, without the encumbrance of Liberal Democrat coalition partners, Cameron set about destroying the Leveson legacy.

Improved regulation was not compulsory for the press but, in 2013, measures had been put in place to provide incentives to join – both carrots and sticks. The corporate (and mostly Tory) newspapers wanted none of it and so Cameron’s Government obligingly sabotaged the incentives.

Equally vitally his Government began the process – completed under Theresa May – of sabotaging Leveson 2, the second phase of the inquiry. This was to deal with criminality in the media – a prospect which had terrified press bosses such as Rebekah “we remain friends” Brooks.

No wonder Cameron can’t bring himself to mention all of this. No wonder, just like the law-breaking newspapers whose servant he made himself, his reflex is to cover up. He had engaged in corruption pure and simple.

It is what he doesn’t say in this book that reveals the true David Cameron. His self-serving account of the Leveson period is incoherent, not because he is a fool who can’t do better, but because he holds us all in such contempt that he couldn’t be bothered to try. Where it really matters, to us if not to him, he simply and cynically remains silent.