The Spanish Government has legislated to limit rent increases to match inflation – thanks to an energising new housing strategy being implemented by Barcelona’s Mayor.

When Ada Colau was elected as Barcelona’s Mayor in 2015, the news energised urban campaigners way beyond the city.

Colau was the most prominent face of a new political platform – Barcelona en Comú (BComú) – created when a series of campaigns centred on housing joined forces. In only 10 months, they had risen to win control of the city’s government.

The reason the story had an almost fairytale quality for many housing campaigners is that it showed a way past the key barrier that nearly all of them faced: wherever they were in the world, anti-gentrification movements found themselves locked into conflict with municipal governments that had been captured by the same property interests that were destroying their communities.

BComú suggested a way out of this attritional battle: to recapture control of the city’s administration and exercise power on behalf of its inhabitants. With policy made at a local level in public meetings, it offered the promise that the campaigns could move beyond resistance, towards imagining and implementing a better city.

Showing how radical local government can incubate policy that reaches beyond its powers, Spain’s new national government has legislated to limit rent increases.

BComú was made possible because the internet had provided a new convening space, drawing together divergent political cultures alongside local housing campaigns. Some were those seeking refuge from other parties, ex-communists alongside ex-supporters of the Spanish Socialist party, disillusioned with its capitulation to neoliberalism. But BComú also brought in non-party political groups, mobilised by the 2008 financial crash, particularly anti-globalisation activists.

Electoral victory would inevitably test these bonds. Colau’s background was in fighting to protect homeowners facing eviction for mortgage default and, in protecting those interests, her administration had clear success, preventing more than 2000 evictions.

Yet, Colau found addressing the problems of private tenants more challenging. She was powerless to prevent Barcelona’s private tenants facing rent hikes of around 50% during her time in office. Many, unable to pay, faced displacement from their communities. And rising rents and land values have encouraged developers to evict squatters from across the city – a group that closely matched the anti-globalisation wing of the BComú movement.

Colau has responded with plans to create a social housing sector for Barcelona, a place where municipal housing previously provided less than 2% of the total housing stock. But, with limited funding options, this meant demanding developers provide these homes as part of new building schemes. The predictable rage this provoked from the developer lobby masked a deeper underlying problem with the policy – that the construction of new social rent homes relied on the broader process of gentrification for funding. The vast majority of renters, outside the social sector, would continue to suffer increased housing costs. Many within BComú felt that their interests had been neglected in favour of owner occupiers.

When BComú faced re-election in May this year, it faced not only this fragmentation of its core support, but also the impact of the resurgent Catalan nationalist movement.

During her term in office, Colau had refused to be drawn into the pro-independence movement’s ongoing dramas, arguing that nationalism distracted from the structural issues – housing, wages, equality – around which political action could best improve lives.

The election came just as Colau’s activist city administration’s proposals for rent controls had finally been implemented nationally, benefiting the tenants groups that were growing disillusioned with Colau’s administration. In a clear display of how radical local government can incubate policy that reaches beyond its powers, Spain’s new leftist national government has legislated to limit rent increases to match inflation.

In then end, despite the setbacks and the nationalist electoral squeeze, BComú lost only one of its seats in the city administration and Colau was able to stay on as Mayor, in coalition with the Catalan socialists.

Yet, despite inspiring much hope in Britain’s housing activists, BComú’s model has still not been replicated here. Why not?

Where are we Going to Build the Council Houses we Desperately Need?

Perhaps part of the answer is that Britain’s local government – denied funding and autonomy from central government and reduced to begging developers to pay for vital public services – doesn’t have any power worth seizing. For all its struggles, BComú shows how local government articulating the demands of the people it represents can achieve change.

In today’s Britain – where much of our democracy is soiled by politicians and civil servants’ cosy relationships with big business interests that run contrary to the needs of broader society – BComú reminds us that it is possible for local government to restore its legitimacy, by enabling citizens to shape the policies that will affect their lives. 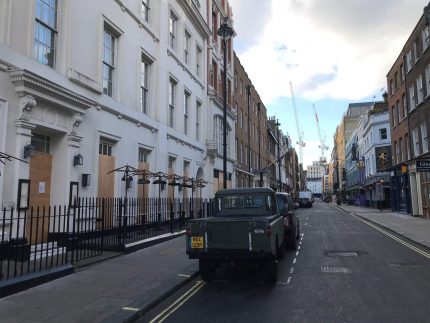 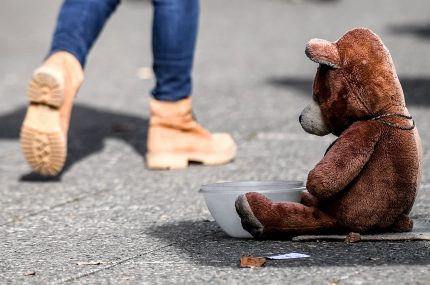 Tom Cordell, 1 October 2019
Tom Cordell examines the approach taken to create modern homes in Liverpool where, although land values are low, there are still challenges to overcome.

Culture War Capitulation: How the BBC Can Save Itself

Patrick Howse, 4 December 2020
Patrick Howse reviews a new book about the forces raging against the BBC, and offers some solutions to the broadcaster’s current predicament