Boris Johnson is Britain’s best known politician – but in two decades as a leading politician and opinion former what has he actually achieved?

When he was at Eton in the early 1980s, Boris Johnson did something that seems to have set the tone for the rest of his adult life.

Cast in the title role of a production of Shakespeare’s Richard II, he didn’t bother to learn his part.

The character of Richard II has 758 lines in his eponymously titled play. The part requires the actor to be on stage for most of the two-and-a-half hours running time. You can’t ‘wing’ Richard II. But Boris Johnson tried.

Pasting his lines on bits of paper about the place he hoofed the speeches and made up the rest – throwing in jokes whenever there was an awkward silence.

His father Stanley, who was in the audience, thought it was all ‘a hoot’. Nobody else did.

The other children who had spent hours attending rehearsals and learning their parts saw their hard work reduced to the ‘Boris show’. The headmaster, Eric Anderson, was furious.

Johnson – the very rich, very cossetted son of immense privilege – sees himself as the main character in a film in which everyone else is an extra.

Until then, Johnson had been Eton’s golden child. Known to all, adored by teachers and students alike. But, his arrogant, self-serving, indolent turn as Richard II was the last straw.

When, in his final year, he was not made School Captain, he unleashed an epic sulk prompting his housemaster to write in his end of term report: “I think he honestly believes that it is churlish of us not to regard him as an exception, one who should be free of the network of obligation which binds everyone else.”

In the three decades since, nobody has better summed up his character. Boris Johnson gets what Boris Johnson wants and stuff anyone who gets in the way.

At Oxford University, Johnson was part of the infamous Bullingdon Club.

It wined, dined and then smashed up restaurants before throwing cash at the hapless proprietors who were left to clean it up.

Leaving university in 1987, the 23-year-old Johnson landed a job at The Times.

In May the following year, he spiced up some copy by inventing a quote from his own godfather, Oxford academic Dr Colin Lucas, and was fired.

Most young journalists who get sacked for lying might struggle to work again, but most young people aren’t gifted with the contacts of the Johnson family.

The Boris Johnson way: lie, bluster, blather, offend and then only apologise if it is politically expedient.

Calls were made and soon he was at the Telegraph as its Brussels correspondent – where he fabricated stories about the EU. Among the many fibs directly attributable to him that have passed into folklore, are the ones claiming the meddling bureaucrats were going to ban prawn cocktail crisps – and that double-decker buses were going to be scrapped to meet EU requirements.

Having established himself as a Telegraph name, Johnson returned to London as a political columnist.

Various scandals followed – not least the Guppy affair, when a recording of a 1990 telephone call between him and his old friend Darius Guppy was made public.

Guppy had been under investigation by the News of the World for criminal activity and he wanted Johnson to get the address of the journalist so he could have him beaten up. Johnson promised to oblige – but only on the understanding that he would be kept out of things. 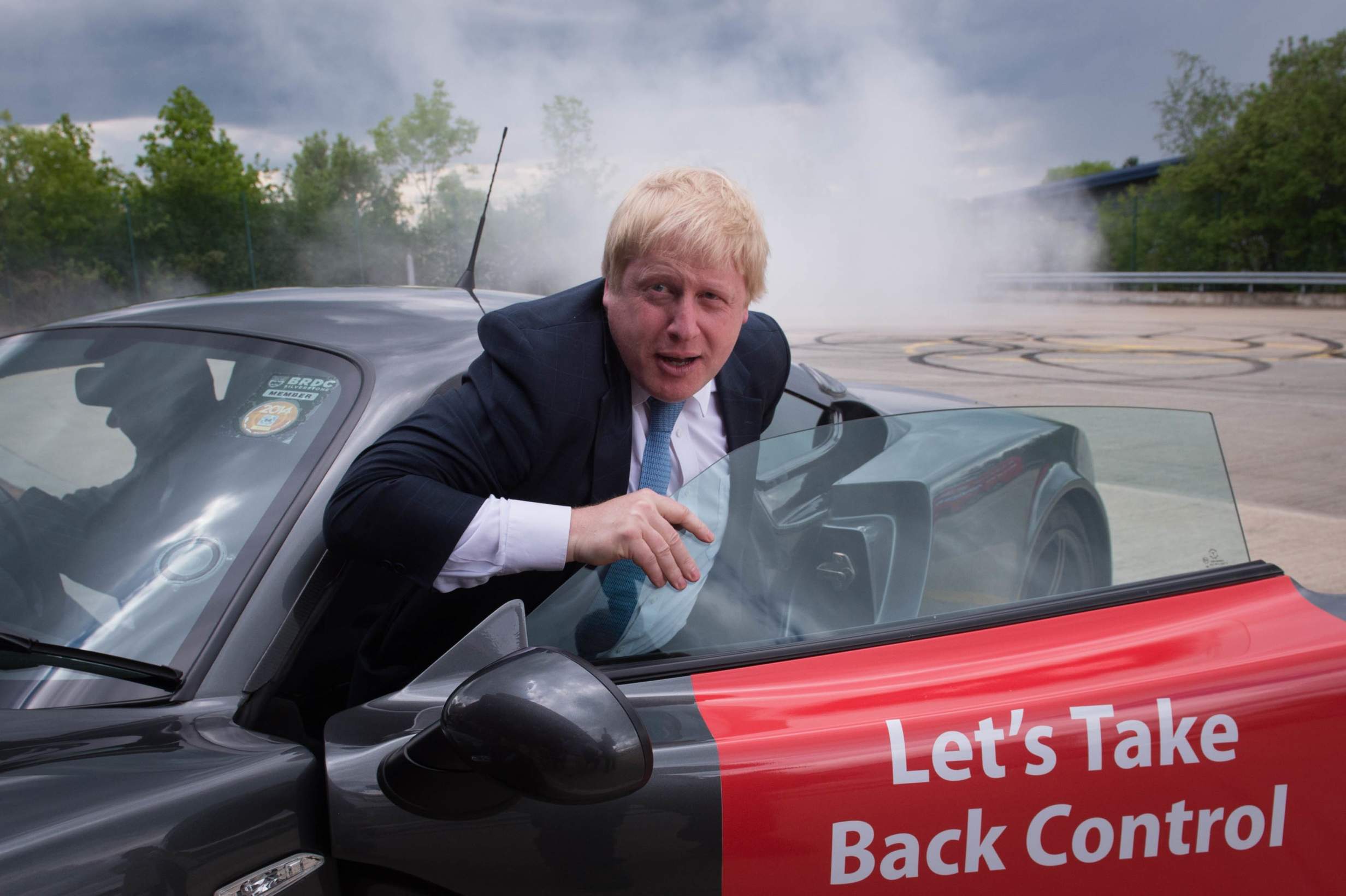 THE BORIS JOHNSON SHOWKeeping the Show On the Road

When confronted with the call in 1995, Johnson claimed not to have actually given Guppy the address. He was reprimanded by Telegraph editor Max Hastings, but no more was said. Johnson sold papers after all.

Having failed to get elected as an MP in the 1997 General Election, Johnson was then hired as editor of The Spectator in 1999 on the understanding that he wouldn’t try to become a politician. Johnson gave his word, but we don’t require Sherlock Holmes to guess what happened next.

The Spectator’s then proprietor Conrad Black – later to find notoriety as a convicted fraudster – was so taken aback by his lack of integrity that he dubbed him “ineffably duplicitous”, although it is unclear as to whether he meant it as a compliment or not.

Elected as MP for Henley in 2001, Boris Johnson failed to turn up for work.

In his first four years at Westminster, he was present for just half of all parliamentary votes and, in his second, a mere 45%.

Bothering with the daily grind of parliamentary procedure wasn’t his bag. He was a highly paid journalist after all, with an undeniable knack for connecting with his readership.

Writing about gay marriage in 2001 he said: “If gay marriage was OK – and I was uncertain on the issue – then I saw no reason in principle why a union should not be consecrated between three men, as well as two men, or indeed three men and a dog.”

The year after his election as MP, Johnson wrote a piece in the Telegraph in which he described Commonwealth citizens as “flag-waving piccaninnies” with “water-melon smiles.”

Johnson did admittedly apologise – but only six years later when he was standing to be Mayor of the most multicultural city in Europe.

This was and always has been the Boris Johnson way: lie, bluster, blather, offend and then only apologise if it is politically expedient.

He honestly believes that it is churlish of us not to regard him as an exception, one who should be free of the network of obligation which binds everyone else.

When he became Mayor of London in 2008, Johnson promised to donate a fifth of his £250,000 Telegraph salary to local London charities. But, once elected, he gave away just £20,000. He also decided to ‘work from home’ on Fridays to the irritation of colleagues.

Johnson’s eight years in office in the capital were lacklustre by any standard.

Never interested in details, he obsessed over vanity projects including a line of ersatz Routemasters that came in at three times more than a standard London bus. He also oversaw the planning for a doomed garden bridge that Londoners didn’t want and which never got built.

In all, these projects are estimated to have cost the London taxpayer a whopping £940 million.

Yes, the Olympics arrived in London in 2012, and there were those bicycles which took his name – but Johnson had nothing to do with either. Both were his predecessor Ken Livingstone’s initiatives.

Then in 2014, despite having pledged 17 times that he wouldn’t stand to be
an MP while performing his mayoral role, Johnson sought and won selection for the safe Tory seat of Uxbridge.

David Cameron, who had been in the year below him at Eton, was now ‘Head Boy’ of the country and it clearly rankled Johnson every bit as much as missing out on School Captain had in the 1980s.

Johnson – the very rich, very cossetted son of immense privilege – sees himself as the main character in a film in which everyone else is an extra.

“An exception….. free of the network of obligation which binds.”

When asked as a young child what he wanted to be when he grew up, he would answer “the king of the world”.

While that childish ambition was always beyond the realms of plausibility, in 2016 he saw his chance to be the next best thing – if only he could get that damned Cameron out of the way first.

The next three years were to see Boris Johnson catapulted into the very frontline of politics and, how he behaved then, must surely be seen as a litmus test of what is to come…