Up to two million people could be denied a vote unless they apply for ID – with public awareness about the new rules worryingly low, polling for Byline Times has found

Just a third of voters are aware that they will have to bring photo ID in order to vote in the May local elections – with less than 100 days to go until people must apply for the Government’s free form of ID, according to an exclusive new poll for Byline Times.

From this May, every voter in England will have to show polling station staff one of around a dozen forms of ID or be refused the right to vote. Nearly two million people in the UK lack appropriate photo ID and could have to apply for a new government-approved identification card.

But a new Omnisis poll for Byline Times reveals that 60% of voters do not know they will be unable to vote in England’s May 4 elections if they don’t have a ‘valid’ form of photo ID.

That includes 62% of 2019 Conservative voters, compared to 46% of 2019 Labour voters – suggesting that the move from the Conservatives, branded ‘voter suppression’ by democracy groups, could backfire on the party.

That drops to 52% in London where there are no elections this May, but where City Hall has led a communications campaign to inform people of the new ID law. 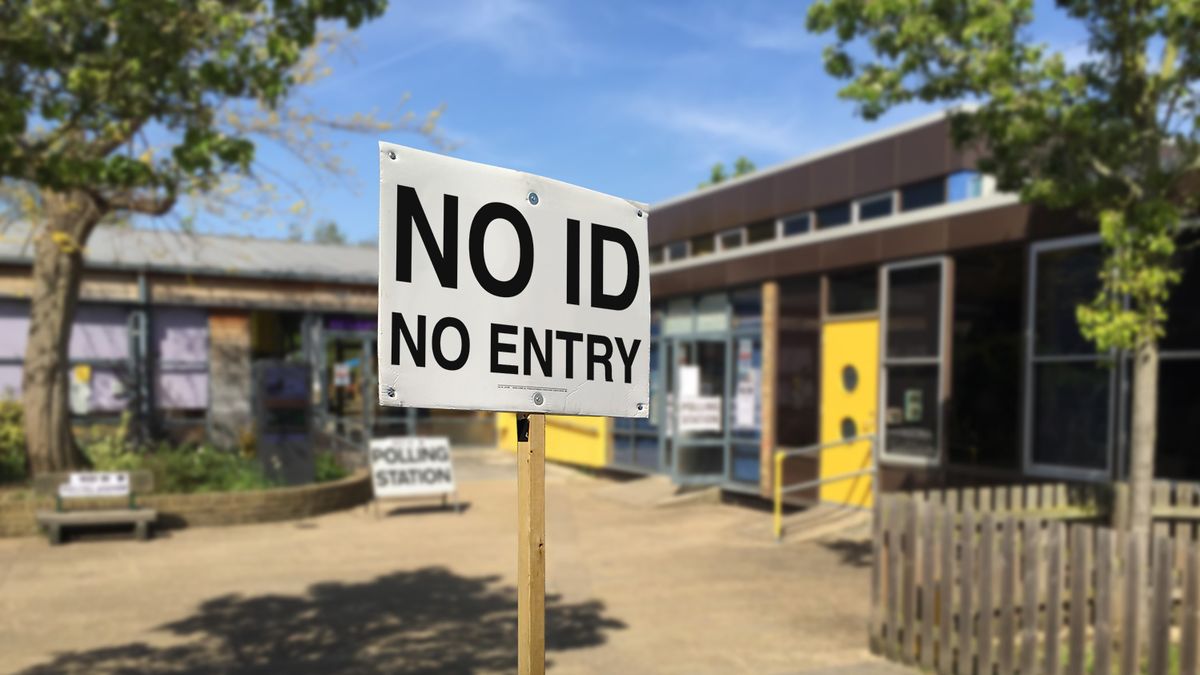 The polling comes after Byline Times reported that the Government has provided no ring-fenced money for councils to inform people that they will only be able to vote in May’s local elections if they have photo ID.

According to the Government, £4.75 million of funding has been provided to local authorities to support “additional engagement” with voters over the change. But it has not specified a dedicated amount to be spent solely on informing the electorate about the new ID requirements.

Any money that councils will also have to spend on hiring extra staff, training and admin to implement the change will have to come from this same pot.

And while the elections watchdog, the Electoral Commission, has been given £5.6 million for an awareness-raising advertising campaign which it launched last Monday, the Government’s own ID card portal only opened today – with 99 days to go until the 26 April application deadline.

Dr Jess Garland, director of policy and research at the Electoral Reform Society, told Byline Times: “With just months before May’s elections – the first to require photographic ID – it’s worrying that so few people are aware of these changes and the steps that many without ID will need to take to be able to cast a vote.

“It might sound like a minor adjustment, but voter ID is the biggest change to how our elections are run in a generation. One that’s being rushed through by ministers despite knowing full well that millions lack the necessary ID.

“Everyone from experts and campaigners to those who run our elections have called on the Government to stop these plans or risk chaos at the polling station in May. It’s time they listened to those who know and scrapped this dangerous policy before it’s too late.”

Naomi Smith, chief executive of better democracy campaign group Best for Britain branded voter ID a “naked attempt by this Government to disenfranchise those less likely to vote Tory” – albeit one which is “backfiring”, with many of their own voters similarly unaware of the new requirements.

“With a little over 100 days until the local elections, the Electoral Commission has already raised the alarm that polling stations across the country lack the time and resources to implement this barely disguised exercise in voter suppression,” she added. 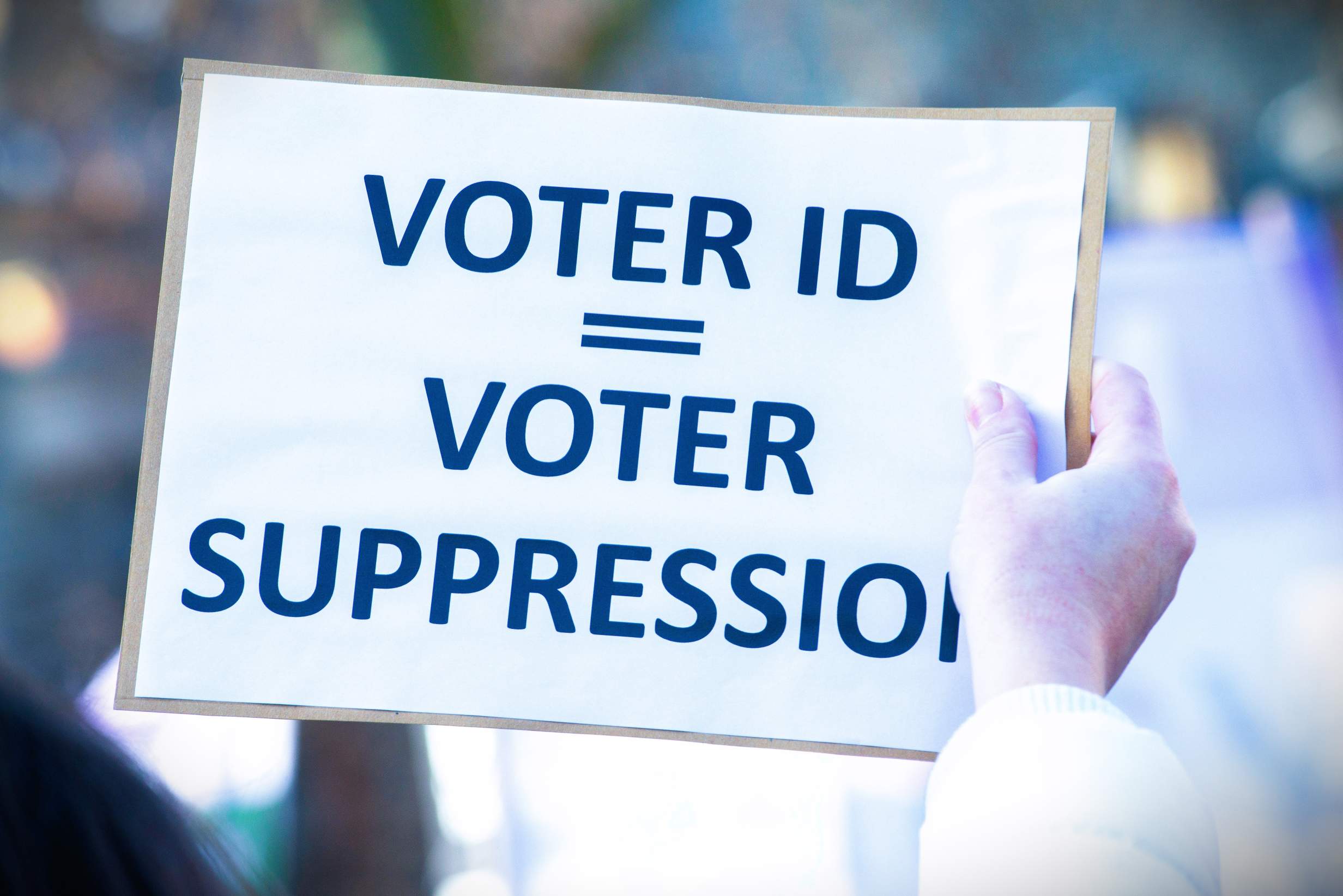 The introduction of voter ID in England comes after the Government changed the voting system for mayoral elections from the two-preference system of supplementary vote to first-past-the-post – effectively penalising smaller party voters like the Greens and Liberal Democrats that are more likely to have transferred their vote to Labour. Labour figures including London Mayor Sadiq Khan have branded the move a partisan stitch-up.

Ailsa Irvine, director of electoral administration at the Electoral Commission, said: “The availability of free ID is important to maintaining the accessibility of elections. We are calling on all voters to check whether they have an accepted form of ID, and if not, to apply for the certificate.

“We know from research that the vast majority of people already have the ID they need. Those voters only need to remember to bring it with them on polling day. However, anyone who doesn’t currently have photo ID can now apply for free voter ID.”

More information can be found on the Electoral Commission’s website.

Our poll also found that the public overestimate the amount of voter fraud taking place in the UK.

A spokesman for Rishi Sunak told Byline Times that the new measures were “reasonable” in order to combat “potential fraud”.

“There will be a campaign to raise awareness in advance of this being used,” the Prime Minister’s spokesman said.

“This as I have said on a number of occasions something that has been in place in Northern Ireland since 2003 with no significant concerns and we believe it is a totally reasonable approach to combat potential fraud in our system”.

Omnisis surveyed 1,247 people in Britain online on 13 January 2023 and weighted its findings to a nationally representative population.

If you have a political or social story that needs telling, get in touch with Josiah Mortimer confidentially by emailing josiah@bylinetimes.com or Adam Bienkov on adam@bylinetimes.com