The Government has been accused of “gerrymandering” and “legalised voter suppression” by pushing ahead with mandatory voter ID for next year’s May local elections, amid renewed concerns that young people will be locked out of voting.

At the 2023 elections in England, voters will have to show ID or be turned away for the first time, following the passing of the Elections Act this April.

Election officials say they have not had enough time to prepare and are worried that thousands will be turned away at the polling station – triggering potential ballot box conflicts and allegations of unfairness.

Labour MP Lloyd Russell-Moyle, who worked on the legislation at committee stage, told Byline Times that young people would be discriminated against by the policy.

As well as passports and driving licences, the Government will accept:

This means that six of the Government-accepted IDs are specifically targeted at older people, while almost none are aimed at younger people.

New secondary legislation introduced by ministers to extend the Elections Act using ‘Henry VIII powers’ – whereby Parliament is bypassed – include 310 references to the word “refusal” to grant a ballot paper. Members of the House of Lords passed an amendment which would have allowed a greater number of IDs to be used – but it was overturned by the Conservatives in the Commons.

“I pushed very hard for ministers to accept other forms of ID,” Russell-Moyle said. But the decision was taken to exclude forms of ID “that are just as secure”. He added that “student ID cards or Railcards have been deemed not acceptable” and that, “on average, young people will be discriminated against much worse than older voters”.

According to the MP, there is “clearly” an element of voter suppression, with surveys by the Department for Transport finding that the number of young people with a driving licence has fallen to a record low.

“Will it mirror US voter suppression?” he told Byline Times. “The answer is yes. I had a colleague from the New York City Council here last week – we chatted and he couldn’t believe the levels of ID that were unacceptable. He said, even in the US, college cards are accepted. It’s far worse than any US state here – he couldn’t believe it.”

Baroness Natalie Bennett, who campaigned for student IDs to be included in the law, said the Elections Act was “voter suppression straight out of the American right’s playbook”.

Around half of local authorities in England will hold elections next May. Peter Stanyon, chief executive of the Association of Electoral Administrators (AEA), told Byline Times that 2% of people might need access to a free ID, which the Government has promised to introduce. Other figures show that this could be as high as 6%.

“The reality is that geography, demographics and so on may well influence the number of applications being made [for free IDs],” he said. “Returning officers will have to be able to cope with the worst-case scenario.”

Councils do not currently know how much money will be offered to support their registration efforts. “No one knows,” Mr Stanyon added. “There will be funding for an additional member of staff per polling station. The problem will be when there’s an issue where they don’t have an ID or an ID is unknown.”

It has triggered concerns from the AEA of ballot box battles. “Staff are effectively volunteers – we’ve already had anecdotal evidence that people who’ve done it for a while are less keen now,” he added.

Disputes among people turned away from voting is “one of the things we’re concerned about”, he said. “Despite requests to do so, provisions against intimidation haven’t been extended to staff who deliver the elections in polling stations – it only applies to candidates, not electoral officials. That’s disappointing. There’s potential for there to be an awful lot more conflict.”

LGBT+ groups have also expressed anger over the voter ID provisions because of the potential for trans people to be turned away if their ID does not match their current appearance.

The Government has rejected calls from the AEA to provide the free form of ID on an app or a secure website for people to use. “A decision was made to be given the ID only on an A4 piece of paper – we would prefer to see something allowed on an Android or iPhone,” Mr Stanyon added.

The AEA has gone so far as to call for a postponement of the use of voter ID in next May’s elections if returning officers are not ready. The lack of preparation could present a real problem. Lloyd Russell-Moyle believes councils are nowhere near ready for the electoral nightmare that could be heading their way.

“My local council doesn’t have a plan yet for free ID,” he told Byline Times. “They say they don’t have the resources, and they’ll be in the bizarre situation where the polling clerk might know the person and still won’t be able to give them a ballot paper. It opens it up to a whole load of discrimination.

“The Tories are trying to cling onto power anyway they can. Legalised voter suppression is what they’re now engaged in. They will not stop. This is a challenge for Labour too – this is the most important thing on day one [of a Labour government]. We need to get rid of ID… It is gerrymandering.” 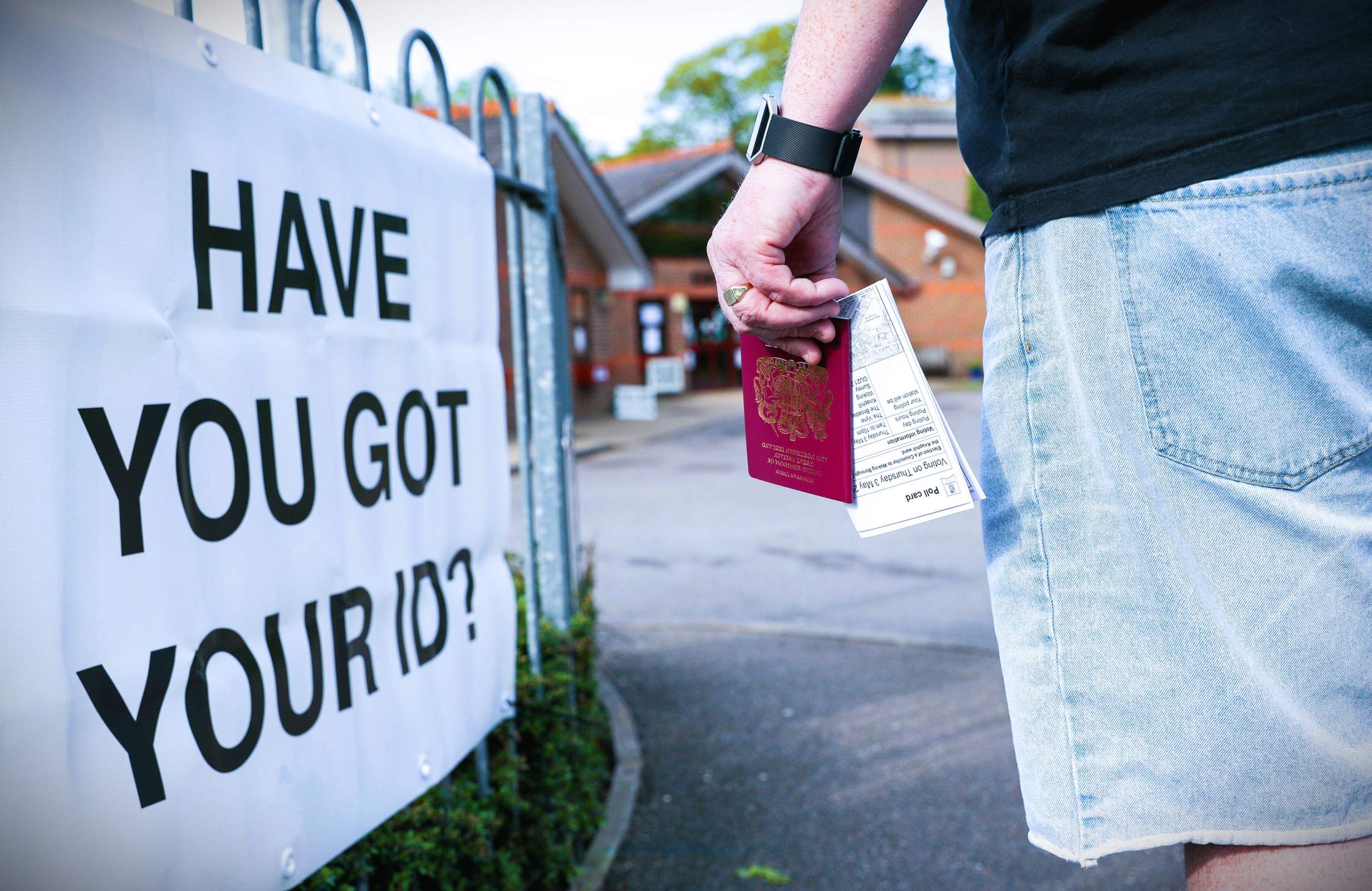 For Liberal Democrat MP Wera Hobhouse, the “only outcome” of the Elections Act will be putting “more barriers in front of marginalised and minority groups” as they try to exercise their democratic rights.

“It is particularly telling that the Conservatives are not treating student IDs and young people’s railcards as valid,” she said. “For the Government to waste parliamentary time during a cost of living crisis, and then pile more pressure onto already strained local authority budgets through the implementation of this policy, shows their priorities are completely in the wrong place.”

Kyle Taylor, director of democracy campaign Fair Vote UK, said the Government’s ID plans “arbitrarily” exclude some groups – which equates to a “fairly transparent attempt at gerrymandering elections” in order to “rig the system in their favour”. He called the move “undemocratic, immoral and disgraceful”.

Naomi Smith, chief executive of Best for Britain – who campaigned against the Elections Act and who successfully got some aspects removed – agrees. “While Voter ID is a naked attempt by the Government to use a non-existent problem to suppress voters more likely to vote against them, it is just one of the frightening, anti-democratic parts of the Elections Act,” she said.”

“In a move straight out of the Trumpian playbook, the Act also gave the Government control over the previously independent election watchdog (the Electoral Commission). It must be repealed.”

The introduction of mandatory voter ID is set to cost £180 million to implement over 10 years.

A Government spokesperson said: “Our Elections Act will protect the integrity of our elections and stamp-out the potential for voter fraud. Young persons’ travelcards are not deemed appropriate as the identity checks when applying are not rigorous enough.”

Josiah Mortimer is a political journalist, who writes regularly for Byline Times about democracy, unions, and human rights