Consultant David Oliver analyses the claims about spending, waste and inefficiency in healthcare and proposes a ten point plan to restore services to their 2010 level

As I argued previously on Byline Times, NHS and Social Care Systems in England are in a crisis that has been years in the making and then accelerated by the Covid pandemic, economic circumstances, Brexit and the points-based immigration policy.

Across every part of the system, from public health and prevention policy, to primary, urgent, elective and social care, community and mental health services, we have worsening problems with access, waits, unmet demand, workforce gap and morale and risks to patients.

Unsurprisingly, public satisfaction with services has fallen to the lowest levels since 1997 at the end of the Major government, and way below those seen just before Labour lost the 2010 General Election.

The intense media and political scrutiny of these problems has been further inflamed by industrial action by several key clinical professions.

This leaves a lot of space for media commentary, too much of it by talking heads who are not experts in health policy, running health services or clinical practice but often over-confident in their views. Those on the libertarian, small state, right have a clear animus against the NHS and the Public Sector in general and pro-market, anti-collective ideological agendas to push, not least on behalf of their backers, donors or contacts.

Over the next weeks and months, you will see them making various claims, which I will paraphrase. I am not saying that they have no legitimacy. Just that the claims often go unchallenged, as does the credibility or agenda of the people making them.

There are good counter-arguments to all of them.

All health and care systems in developed nations end up costing more over time in total. Ageing or growing population demographics, a rising number of people with long term conditions, often age-related, the rising cost of treatments, investigations and staff salaries make this inevitable. And the population in England has both grown and aged since 2010.

The Institute for Fiscal Studies found that during the Labour Government of 1997 to 2010, real terms funding for the NHS increased by an annual average of 6% — against an average across the service’s history of around 4%. But during the coalition and then conservative government from 2010 to 2019 this fell to 1.2%. Even planned funding increases from 2019 to 2022 would restore the figure to lower than the historic average.

Meanwhile since 2010, Local Government, Social Care and Public Health Budgets have been cut which has affected service provision.

And a Health Foundation Comparison of the NHS against the average for EU 14 nations other European Systems found from 2010-2019, the UK spent 18% less in real terms over that time. The Health Foundation also found a far lower spend on capital projects than most OECD nations.

Some commentators have tried to lump in all the emergency Covid expenditure (much on highly criticised private contractors and suppliers) with normal “peacetime” expenditure to artificially inflate the figure. Don’t trust that sleight of hand.

“We are funded as well, if not better than many/most systems now so resource is not an  excuse”

If we look at funding as a % of GDP, the UK is around the OECD or EU median. But of course GDP % is dependent on GDP. And our economic growth has fallen well behind that many developed nations. We do spend a higher % of GDP on healthcare than the EU 14 and OECD average but less than the G7 average, despite spending less per capita than the EU14.

In dollars per capita, spend we are behind 10 Western European Nations, Canada, America and Australia. Purchasing power in terms of what can be afforded per dollar in terms of staffing, equipment, treatment and facilities is also a factor.  The UK is below most of Western Europe and much of the OECD on purchasing power. In the round, in terms of high income nations, we middling at best and well behind the better funded and often lauded insurance based systems such as France, Switzerland or Germany.  The “bottomless pit” trope does not really hold true.

We also face historic structural problems such as the huge loss of our hospital bed base – now right near the bottom of the league table in terms of beds and intensive care beds per capita and equipment such as scanners. 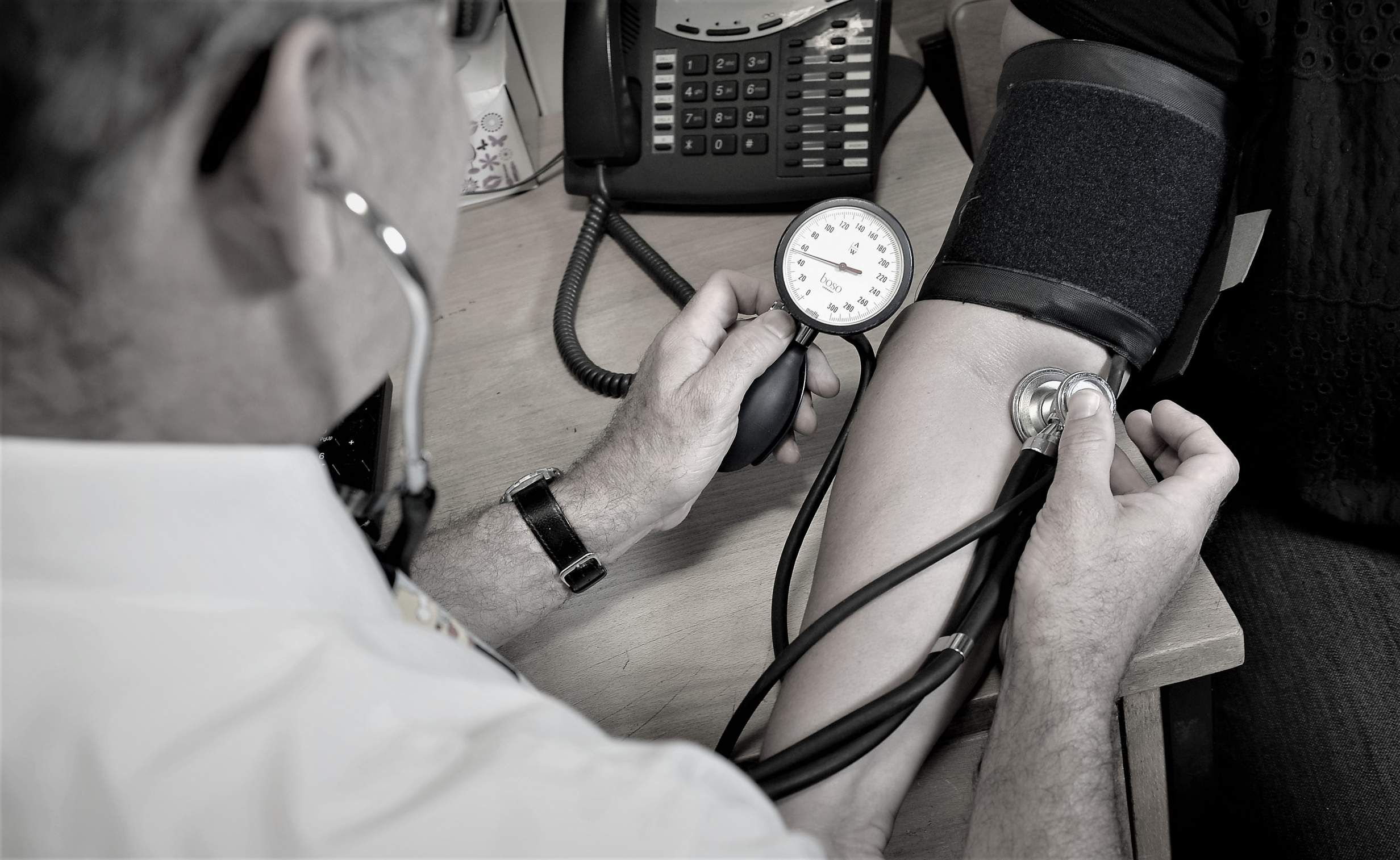 An increase in numbers is commensurate with the growing demographic demand I mentioned. Look further and the OECD league tables who us in the bottom quartile for doctors per 1000 people and bottom tertile for nurses. We have 1 in 9 nursing posts vacant. 1 in 12 clinical posts overall and 1 in 11 social care vacancies unfilled. Some workforce groups such as district and learning disability nurses have fallen sharply since 2010, there are major geographical variations in ability to recruit and retain and we have seen no increase in GP numbers since 2015 at a time when workload has increased dramatically.

You can’t recruit or train up your way out of a retention crisis of senior staff. And we have lost the ability to recruit so many interational graduates or care workers. We are relying increasingly on the use of expensive agency and locum staff.

And some of those additional posts quoted were people coming back into practice, short-term during the pandemic but unlikely to stay, long-term.

In reality, several health systems that perform reasonably well in terms of comprehensive coverage, access and health outcomes remain tax-funded “Beveridge” style models as opposed to “Bismarck” style social insurance models. Yes, the insurance based models often deliver good levels of resource, capacity and service and good outcomes. But countries such as Italy, Spain, Portugal, New Zealand Malta, Canada and Scandinavian nations have services where the bulk of revenue is collected via local or national taxation. . And governments in insurance based systems increasingly have to step in with central state funding to supplement that coverage and ensure services aren’t denied to people.

Where the England and the other UK nations are more unique is the very high degree of centralisation and central political control as opposed to more regional or provincial accountability.

It just suits those on the free market right to promote multiple payer, multiple provider systems as the panacea and ignore the other systems. Overall, there is no clear evidence that one funding and provision model is superior to another. And there is no public or political mandate for change, with YouGov polls showing that 69% of people still supporting the NHS founding principles, despite the drip-drip of lobbying and media commentary aimed at creating a demand for disruptive change.

“The NHS wastes far too much money on useless, overpaid managers and people in non-jobs”

Only 2-3% of NHS staff are “managers” – many of those from clinical backgrounds. This is a lower % than most health systems or sectors. And yes, there are an army of people who are neither managers nor hands on clinical practitioners. But in order to do our jobs, we do need people in engineering, estates and facilities, IT, catering, cleaning, HR, payroll, records, laboratories, transport, procurement and logistics. One could argue about whether we have the right numbers of right value, but these functions and employees would be vital in any health system.

Former Health Secretary Patricia Hewitt was commissioned recently  to review this issue and confirmed that we have few managers compared to most health systems and that this may be to our detriment.

Studies by Warwick Business School and the LSE have shown that good operational management adds value and improves safety and outcomes. And that the expensive spend on management consultants (often filling gaps left by cuts to management capacity) can add little value or worsen care.

With regard to the manufactured outrage recently on Equality, Diversity and Inclusion Officers (many necessitated by Equality Legislation and Regulation) even the Taxpayer’s Alliance estimates the total spend on around 800 posts (out of an NHS workforce of 1.3 million) at around £40m (from a total spend of £160 bn). The obsession with these posts is a red herring. And who says their roles don’t matter in what is a very diverse workforce serving very diverse communities?

‘Enemies of the NHS Are Softening It Up for Destruction’ 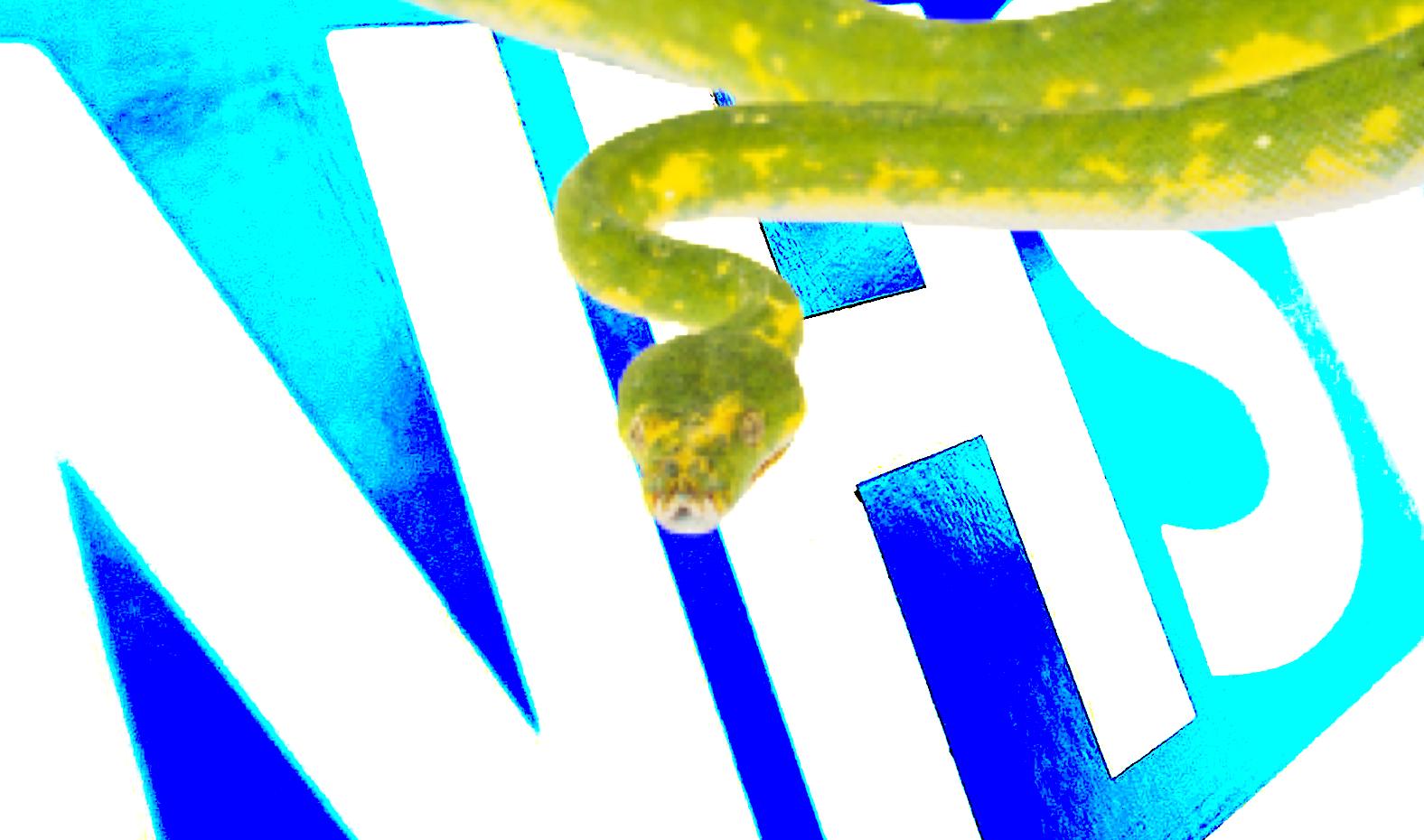 It is absolutely the case that there is much preventable ill health and that so called “lifestyle” factors around exercise, diet, smoking, obesity, alcohol, sexual behaviour, drug use and occupational related diseases play their part. But there is also broad consensus and evidence from the public health community that these are not just about individual “choice” but about wider environment and socioeconomic inequalities and so do require state intervention and not just leaving things to individuals, whose own agency is often constrained by circumstance.

The move to refer to health “disparities” as opposed to “inequalities” looks very cynical.

How true is that really? The Nuffield Trust Chief Executive Nigel Edwards debunked this myth in a recent blog about “NHS Myths” pointing out that there have been endless restructurings and top-down reform programmes which have generally failed to deliver anywhere near the benefits promised. Indeed the Nuffield Trust Report “Never Again” detailed numerous reorganisations and reform programmes across the NHS history.

The Health Foundation’s Hugh Alderwick made a similar argument in the BMJ in January – that what is not needed is further top down reform but stability and resource. The King’s fund has argued repeatedly over the years against an obsession with restructuring as a panacea.  And the King;s fund itself has to keep updaring its animated NHS organogram to cope with constant legislative and structural change

So what to do instead?

As Alderwick and others have argued, we’d be better off allowing some consistency and stability in the service and focusssing on unglamorous actions that might not sound sexy if you are a political think tank or health policy SpAD but are the key elements of getting services back to the levels there were at before the 2010 election.

I will name the key parts.

How about doing those things consistently for a decade or more across several parliaments and seeing what happens instead of constantly briefing against current service models?

David is an experienced NHS consultant who has played a variety of national clinical leadership, local medical  management, policy and government roles He is a weekly columnist in the British Medical Journal

Gove and Hancock Rewriting the Record With PPE ‘Bullying’ Claims 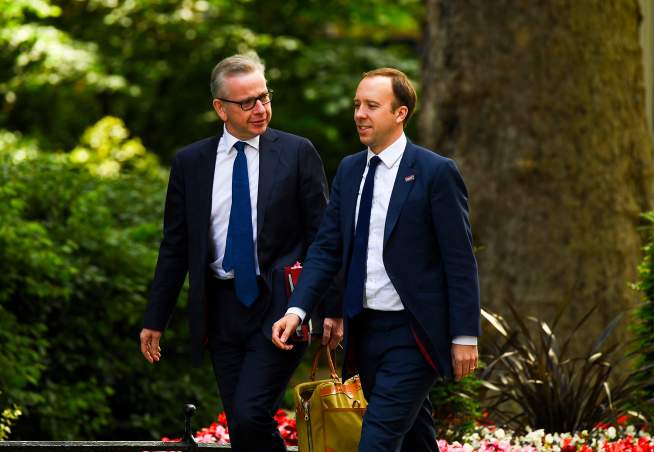