In his most recent Instagram reel, posted on 29 December, fashion designer, influencer and LGBTQ+  activist Edwin Chiloba smiles and chats under a bright blue Kenya sky. He shares how he achieved a lot in 2022, how he was proud of the work he had done the previous year.

The sound quality is not great, his voice is muted, while the mic is blasted by a strong breeze. But you can hear enough, as he talks about his advocacy. Having endured a hate-motivated violent attack a few months before, this was a young man who looks full of optimism. Playing with a pet dog in the car, he tells the man behind the camera, “I’m good”, while smiling. “I’ve met a lot of people this year, people who spread love and energy”.

“They have taught me to see life in a different way,” he continues. He talks about the year to come, how he wants to go to New York and to become a “big fashion icon, and to inspire people to be the best version of themselves”.

Within a week, Chiloba was dead – brutally killed, and his body stuffed in a metal box. A coroner has confirmed he died of asphyxiation. He was found near Eldoret, Kenya, on 4 January. The police have arrested a “long-time friend” who is being treated as the main suspect.

Tributes to Chiloba filled social media. In the day following his death, 14,000 tweets were sent from Kenya about the young activist and designer, with LGBTQ+ rights and wider human-rights activists describing his “beautiful life” and saying how he was “full of life and love”. He “embodied authenticity”, said one tweet, not easy in a country where homosexuality is criminalised and those convicted under the anti-gay laws face 14 years in prison.

There were calls for justice, with the hashtag #JusticeForChiloba trending. They spoke of their heartbreak at the loss of a “beautiful soul”, with the demand “stop killing queer people”.

Politician Esther Passaris, who has campaigned for sexual and reproductive health rights, tweeted “I condemn in the strongest terms possible the senseless and brutal murder of Edwin Chiloba; fashion model, designer and activist. My heart goes out to his family, his friends and the LGBTQ+ community. Edwin’s life mattered. May he rest in peace”.

But while some politicians like Passaris to pay their respects, others took to social media to spread homophobia. Mishi Mboko, the first woman representative in Mombasa, tweeted on 11 January that “LGBTQ should not be entertained in our country anymore”.

The homophobia that leads to violence and harm in LGBTQ+ communities around the world was never far from the surface. In response to a tweet calling for justice for Chiloba, one man wrote “they don’t deserve to live”, while another quoted Bible verses, and yet another asked “are gays humans?”

The visibility of Chiloba on social media, and the outpouring of grief and hurt that his death provoked, tells the two sides of LGBTQ+ life in Kenya.

On the one hand, the community is gaining visibility – as one activist told this newspaper in the summer, “being LGBTQ+ is decriminalised on Kenyan TikTok”. A young and vibrant community are living authentically, celebrating sexual and gender diversity – just see Chiloba posing for stunning photos in bright coloured fabrics, or a fan dress.

At the same time, LGBTQ+ people continue to experience violence and hatred, homosexuality continues to be criminalised, access to healthcare is inhibited, while in neighbouring East African states legislators seek to create more and more discriminatory laws designed to oppress an already marginalised community.

Before #JusticeForChiloba there was #JusticeForSheila. The 25-year-old non-binary lesbian Sheila Lumumba was found killed in April 2022, and it was four months before a suspect was charged with their rape and murder. The family had accused the police of dragging their feet – following the arrest of the suspect, Sheila’s father said ““I can now see that at least there will be justice for my child”.

Sheila’s murder horrified the LGBTQ+ community, with lesbian women writing on social media that they were “one statistic away” from similar fatal violence. A year previously, a gay man named Joash Mosoti was murdered in Mombasa.

10 days after Sheila Lumumba was found dead, in May 2022, 50-year-old Rose Mbesa, an intersex woman, was raped and killed. The NGO Usikimye wrote after her body was found that “femicide occurs because the continuum of violence against women and members of the LGBTQIA+ community continues to be accepted, tolerated and justified”.

Last year, a trans woman named Erica Chandra was also killed in Kenya. A tweet in memory of Erica read: “she deserved to live as long a life as any other person”.

“There has been increased fear from people citing Chiloba’s case and the other cases that have not been fully solved relating to LGBTQ+ folxs, speaks about the lack of injustice that cases like this are receiving,” writer and activist Alvin Mwango tells Byline Times. He explained how we need to see “justice on all the cases reported to the courts and stations to assure the LGBTQ+ persons in Kenya that any case of any form of violation will be taken with the seriousness that it deserves”.

Homophobia not only fuels violence against the LGBTQ+ community, it inhibits access to justice. Activists have spoken of how the failure to legally recognise gay relationships can make it harder in cases of intimate partner violence to prevent harm or hold perpetrators to account. It creates a culture of fear, forcing people into the shadows, afraid to report violence in case they become criminalised themselves. LGBTQ+ people who have been disowned by their families also face having their stories co-opted or disrespected in death.

The murders show how LGBTQ+ people in Kenya still experience discrimination, hatred and violence – and that violent prejudice has been freely expressed in the aftermath of Chiloba’s death. Quote-tweeting a photo of young gay Kenyan couples, one man wrote: “This [sic] men from Malindi are going to get what got Edwin Chiloba soon. Wait. Plans underway”.

‘How Kenya’s LGBTIQ Community Is Coming Out of the Shadows 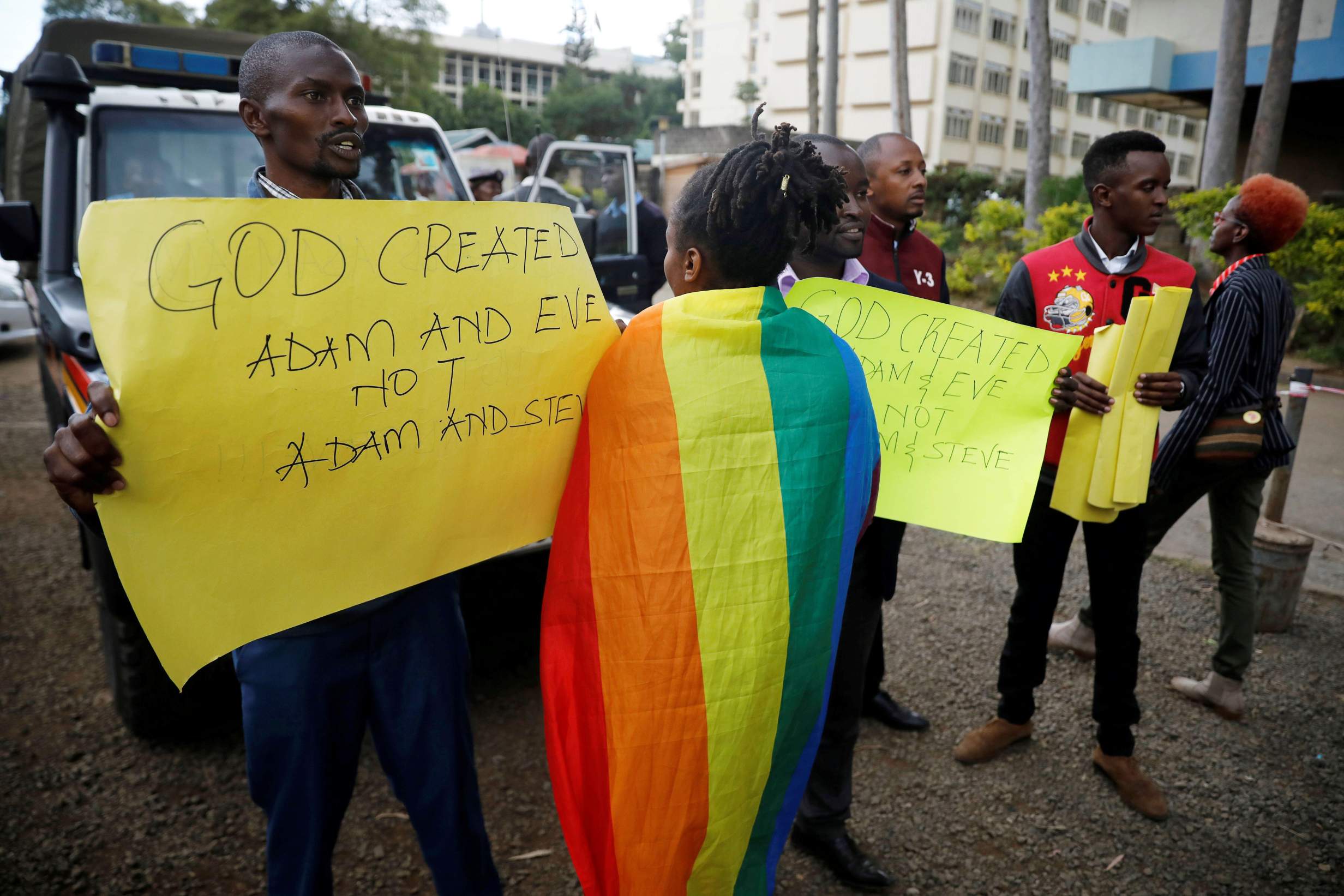 The Kenya human rights commission has urged police “to conduct swift investigations and ensure the killers are apprehended and prosecuted”. In a statement, it said: “It is truly worrisome that we continue to witness escalation in violence targeting LGBTQ+ Kenyans. Every day, the human rights of LGBTQ+ persons are being violated with little consequence for perpetrators”.

The US State Department has spoken too, saying it wants to see the killer or killers held accountable, and extending a helping hand. This has led to conspiracist responses on Twitter that the US is funding “gays and lesbianism in third-world countries”.

In fact, as this newspaper has reported, anti-LGBTIQ US organisations have spent millions of dollars in sub-Saharan Africa, spreading disinformation and frustrating attempts to improve access to sexual and reproductive healthcare and education. More than $20 million has been spent in the region by leading Christian Nationalist groups since 2015.

Already, the narrative around Chiloba’s death is being co-opted, with disinformation being spread by those with a homophobic agenda.