A sub-contracted cleaner for Amazon says she was blocked from getting Amazon transport – leaving her to walk for an hour in the cold after 12-hour night shifts.

Lidia Suyapa Tabora Portilo started working at the Amazon logistics centre in Basildon, employed by contractor Phosters FM in May 2021. She worked until that December – during which time she and her fellow colleagues were offered transport by Amazon from the train station to the Amazon site and back.

Eight cleaners, including Ms Tabora Portilo were dismissed in December 2021 – but she was re-employed in March 2022 and is now the only cleaner working the night shift at Amazon DSS2, a logistics hub in Essex facing huge demand over the Christmas period. Ms Tabora Portillo has just one day off a week, working throughout the night on Monday- Thursday, as well as Saturdays and Sundays 6pm to 6am.

All the cleaners for the warehouse jointly booked the Amazon bus to transport them. But in May 2022, a new Amazon manager was introduced and allegedly claimed that cleaners were not essential Amazon workers.

Despite the new policy, the cleaner from Honduras was allowed to keep getting the Amazon minibus. But at the end of November this year, Ms Tabora Portillo was told she was no longer allowed on the bus. After one 12-hour night shift, she begged the driver to take her to the Amazon warehouse regardless, which he did. But the following morning transport was refused again, and one of the security guards drove her to the nearest train station.

After another 12-hour night shift at the start of December, she again tried to board the bus. The driver refused to drive her with other Amazon colleagues. The minibus driver claimed that he needed instruction from the firm to let her on the bus.

With no other transport, she had to walk to the train station from the Basildon Amazon site for over an hour in temperatures approaching freezing. She lost her voice and went to hospital that Monday morning (5 December) where she was prescribed antibiotics for suspected bronchitis.

The ‘Perennial Problem’ of Subcontracting

Ms Tabora Portillo’s union, the Cleaners & Allied Independent Workers Union, says she is “immensely distressed” as she does not know who to go to regarding this issue. She cannot rely on friends and family to drive her to the station and is currently unwell – afraid of going into work as she might get stranded after a whole 12-hour shift and be made to walk miles to the train station in the cold. Amazon claims a public bus is available most of the time.

The union says it is essential that transport is provided to the Amazon site on an equal footing with employees, on the company’s minibus.

And they warn the cleaner has been caught up in the “perennial problem” of the buck for responsibility being passed back and forth between the subcontractor and the main company, Amazon.

“The workers get caught between the two and often have little recourse to remedy the issue at hand,” a spokesperson told Byline Times, adding: “This happens across the country and in both the private and public sector.”

CAIWU has sent letters to Phosters and Amazon regarding the situation, seen by Byline Times. One, sent to Phosters on December 5, says: “It was an implied term of Ms Tabora Portillo’s employment contract that arrangements for her transport to and from work would be provided for, given the inaccessibility to the site of work on public transport.

It adds: “Ms Tabora Portillo currently feels reluctant to go to work lest she cannot find anyone who is willing to drive her to the nearest station and is left to walk 3 hours after having done a 12-hour shift. She is also made to feel inferior to those workers contracted directly by Amazon, who are allowed to use Amazon’s minibus.” 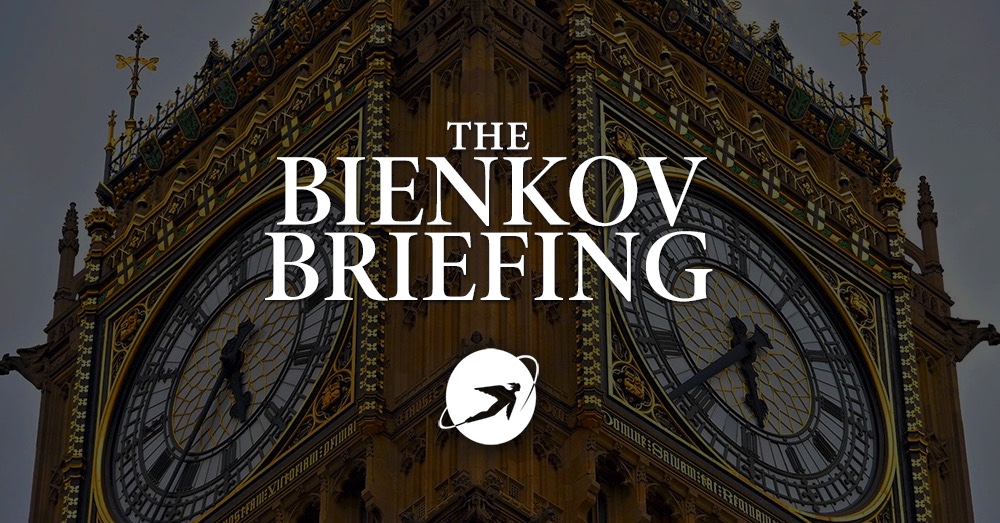 From the weekly Bienkov Briefing on Byline Supplement. The vast majority of those polled – 84% – back nurses’ strike action for a bigger pay rise and trust striking rail workers over the Government

Within hours of being approached by Byline Times, Ms Tabora Portillo was told she would be guaranteed transport again from now on. However, the next day she was allegedly denied transport to the Basildon site again, amid claims it was booked incorrectly. Ms Tabora Portillo’s supervisor says she is looking into transport arrangements to facilitate a return back to work.

The union is calling on Phosters and Amazon to allow her to use the Amazon transport service or move her to a more suitable site.

Speaking through an interpreter, Ms Tabora Portillo told Byline Times: “I nearly got hypothermia after that walk home. The doctor said I should rest and had to be on oxygen for a while. I still haven’t fully recovered, and I’m worried I’m reverting back.” She is paid £10.20 per hour and says she does the work of “three people” after the round of firings in 2021. “I clean for more than 100 Amazon workers. On the day shift, it’s three people. But at night it’s just me. I just want basic respect.”

She added: “I was asking colleagues if there was a union here – but people don’t know about unions…I don’t know what to do.” She claims many of the issues stem from a strict new manager being brought in earlier this year.

A spokesperson for CAIWU told Byline Times: “It is a damning indictment of 21st century Britain that a cleaner working at an Amazon warehouse, one of the most profitable companies in the world, is refused transportation and forced to walk miles in the freezing cold. We call on Amazon and her employer Phosters to issue a public apology to our member and ensure that this never happens again.”

An Amazon Spokesperson said: “A free shuttle bus service is available to all who work at the Basildon delivery station at times when public transport is not available. We have investigated the matter and have worked closely with the agency to ensure all transport options are clearly communicated. Managers at the site are also available to answer any questions or concerns.”

Amazon says it provides subsidised transport for all staff at this site regardless of role or employment status, as well as a free shuttle bus service to and from the site’s overflow car park. There is also understood to be a shuttle service once a day from the train station to DSS2 for the night shift start when public buses are not available.

In May 2022, Amazon changed to a new shuttle bus provider which may have disrupted previous “unofficial” routes. Amazon has apologised for “any confusion”.

Phosters was contacted for comment but did not respond in time.

Responding to Amazon’s claims, Henry Tufnell, a spokesperson for CAIWU, told Byline: “Our position is that the member has been in receipt of transportation from Amazon since May 2021 from the train station to the Amazon Basildon site (and back).” The union believes the transport has been “removed” by Amazon because cleaners were no longer viewed as essential or key workers.

He added: “The fact that this has been so difficult to sort out, is still ongoing, and that both Phosters and Amazon have not responded to our letters is very worrying. Both companies seem to be content to allow a vulnerable worker to walk miles back and forth from the station to the site in the early morning and late at night without any thought to her welfare.”